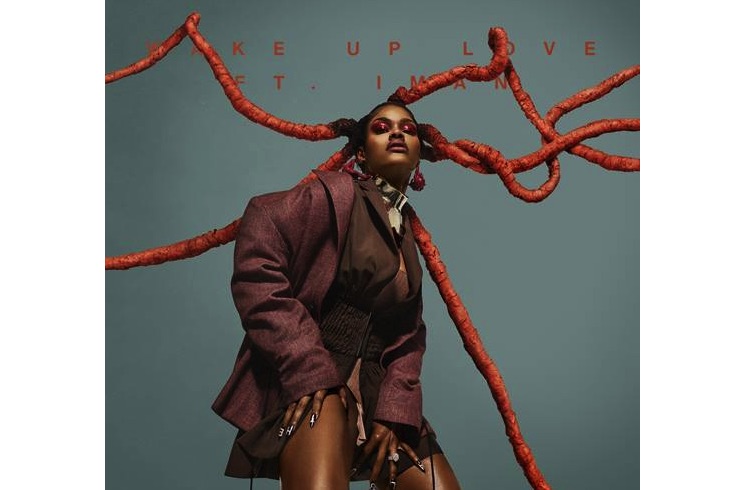 Teyana Taylor among the press releases from June

A new song from Teyana Taylor, an iconic J-pop boy band named ARASHI, and plenty of hip hop tracks among the press releases from June.

Nasty C – ‘Eazy’: An emotional rap flow over glittering notes, sparse beats, and a real yearning in the vocals, while the captivating visuals for the song are filled with dreamy bright diamonds and cloudy black and white skies. The song comes from Def Jams’ new signee Nasty C’s (real name Nsikayesizwe David Junior Ngcobo) forthcoming album, ‘ZULU MAN WITH SOME POWER.’ In the song, the young South African and multi-platinum artist raps about putting in work, coming up from his efforts, and earning his way, ‘I’m right where I should be,’ he sings. He made his official U.S. debut with ‘There They Go,’ the first advanced track, released last month.

YK Osiris – ‘Leave Me On Read’: Bright and confident keys start the track with playful vocals gaining plenty of strength over with a slow R&B dancefloor. This is YK Osiris’ highly anticipated new single and a follow-up to ‘Ride’ featuring Kehlani, which received over 66 million global streams and over 13 million views. The Floridian artist is just 21 but has already received over 1 billion global streams and over 100 million combined YouTube views with his hit ‘Worth It’ from his debut album ‘The Golden Child.’ Whatever you think about the music, the numbers at every level are very impressive, his social media are exploding too.

UMI – ‘Pretty Girl hi!’: A fresh voice elegantly mixing with synth swirls and jazzy beats. ‘Pretty Girl hi’ is the third single from UMI’s forthcoming EP ‘Introspection’ out on June 21st, via Keep Cool/RCA,… it’s also a Sunday release, timed to the moon’s position in Cancer. ‘‘Pretty Girl hi!’ is my coming out to the world~ It’s a song about freedom, following my journey of self-acceptance,’ she says of the song. ‘This song feels like summer, painted in golden hues. Now more than ever, music is a form of healing to the world. My hope is that this song can bring light and joy to anyone who needs it.’ This is a song for the young Instagram generation who is watching ‘Insecure’ on HBO.

Tyla Yaweh – ‘Tommy Lee (featuring Post Malone)’: This is the new single from rapper Tyla Yaweh with the collaboration of Post Malone, and it’s a repetitive almost sad song turning around its own beats and melody. Tyla croons an unshakable and undeniable chant, ‘Living life like a Rockstar, pulling up stretch limousine,’ while Post Malone drops lines such as ‘Pulling up in a drum-like I’m Tommy Lee.’ The track, which comes with a video showing the two men in the great outdoors riding some big ATVs, is released in anticipation of the arrival of Yaweh’s upcoming album ‘RAGER BØY,’ a project as diverse as the man who created it.

Teyana Taylor – ‘Wake Up Love’: With sultry smoky vocals and a physique to kill for, Teyana Taylor is revealing her pregnancy with this new song and a super sexy video featuring husband Iman (who has his rap verse) and daughter Junie. The song is the latest single from her highly anticipated LP, ‘The Album,’ which will also feature her graduation anthem ‘Made It,’ the Janet Jackson-approved viral sensation ‘Bare Wit Me,’ the Kanye West-produced ‘We Got Love,’ and ‘How You Want It? (HYWI?)’ featuring King Combs. ‘I literally can do everything. I never look at anything as being impossible,’ she explained with rare confidence. ‘I exhaust all options to make what happens when I need to make happen.’

Cocktails – ‘Bun E. Carlos’: A fun power-pop song with sunny hooks and a fuzzed-out melody from the San Francisco band Cocktails in anticipation of their New Album ‘Catastrophic Entertainment’, to be released on July 1 via Berlin-based Alien Snatch. The song title references the iconic Cheap Trick drummer, but all you can hear is a summertime feel-good vibe that sets the tone for much of the record. Main singer and songwriter Patrick Clos explained: ‘It’s almost like a fantasy we all (or at least Cocktails) long for right now (especially given the current pandemic times): traveling the world, playing music, finding love, drinks with friends, beating the shit out of a drum set. Simpler times.’

Suburban Living – ‘Indigo Kids’: With a dreamy post-punk production, shimmering synths, and dark vocals, the song is both morose and hopeful especially when the sax takes the song to another level. This is the third single off ‘How to Be Human,’ the upcoming album from the Philadelphia-based Suburban Living. Frontman Wesley Bunch had this to say about the inspiration behind the track: ‘When I was working on songs for ‘How to be Human’ I came across the story of Boris Kipriyanovich, a Russian kid who was proclaimed a genius after he was completing crazy math problems at the age of two. As he got older he started telling people he was from Mars and was sent to Earth to warn us about nuclear war. He would even draw constellations and maps to his home planet.  I was fascinated with Boris’ situation, so I wrote ‘Indigo Kids’ & based the lyrics off his story. I don’t think it’s far fetched that Indigo Kids live among us.’

Dead Swells – ‘Out of the Windows’: ‘80s synths blending with dreamy vocals progressively transform the song into an evocative soundscape turning more anxious and darker till the music fades away. The song comes from the debut and self-titled album of the Charleston-based indie rock band Dead Swells’ (to be released on August 7th via Artist Formula Record Group) and the lyrics evoke how a lover can help you throw your insecurities out of the window. If the first half is filled with that sentiment and idyllic loving relationship, halfway through, the tone shifts, and the carefree, in-love vibe changes to something darker.

ARASHI – ‘Turning Up’: One of the most popular songs from ARASHI, an iconic J-pop boy band that has seen unparalleled success throughout the duration of a two-decade career. The quintet has sold over 41 Million records and performed for 14 Million people. By their 10th anniversary in 2009, ARASHI had already become one of the best-selling Japanese artists of all time, and 10 years later, their 20th-anniversary tour broke records as the largest scale tour in Japanese history, seeing over 2.3 Million attendees across 50 shows in 5 dome venues. ARASHI (force of a storm in English) is introducing their music to the US for the first time with a 26-episode Netflix documentary, ‘ARASHi’s Diary-Voyage.’

Tempesst – ‘On the Run’: A darkish song with style and character, the music is a bit mysterious and quite cinematic while the layered vocal harmonies on top of reverb-heavy instrumentation are reaching some level of deep psychedelic pop exploration. The song, that comes with a video, is a track off ‘Must Be a Dream’, the debut album from London via Australia Tempesst, which will be released on September 30 via Pony Recordings. ‘This record is the first time that I feel like I’ve had the uninterrupted ability to create and have full control at our own pace,’ declared vocalist Toma  Banjanin. ‘With this LP, we’ve created something we’re really proud of that truly cements our identity as a group. The joy of taking these songs live is something that we’re really excited about.’