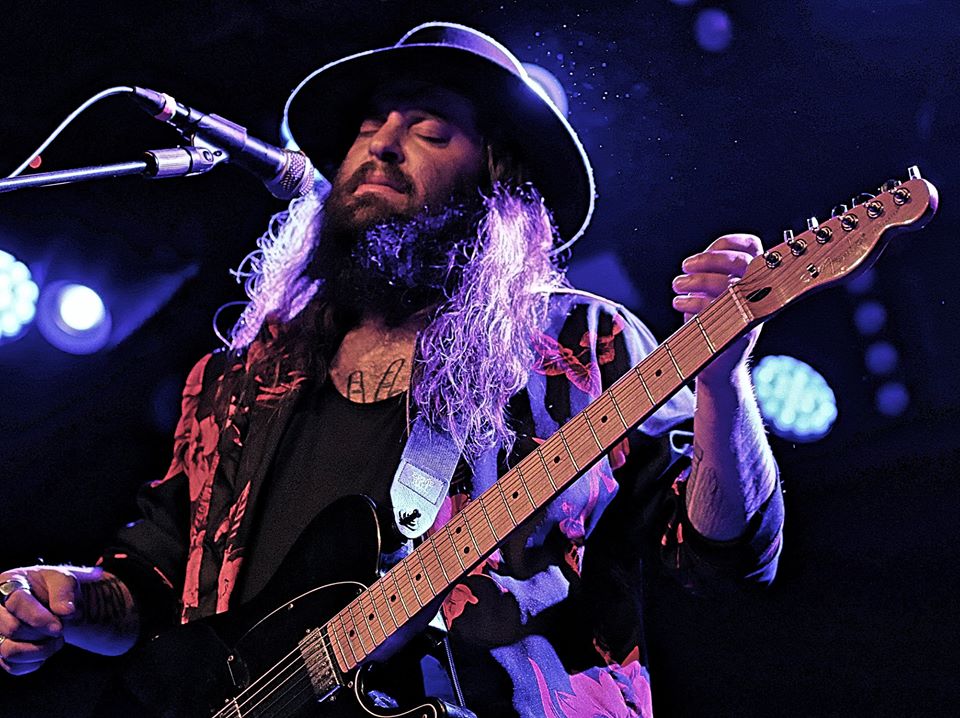 Strand of Oaks among the press releases from June

More press releases from June, with some tracks not available on Spotify, but on Bandcamp or Soundcloud. Among the new releases, you get a double dose of Orville Peck, a super collaboration from Castle Face Records, but also plenty of initiatives to bring support to the black community in the wake of the current events, such as this 5-track release from Strand of Oaks with proceeds going to NAACP Legal Defense Fund.

Vistas – ‘Everything Changes In The End’: A charging track with uplifting vocals going for high voltage bombast and an immediate catchiness. This is the titled track of Scotland’s Vistas’ new album, while the entire album has this euphoric feel-good tone whose themes of teenage nostalgia encapsulate lost loves, new loves, long summers, and unbreakable friendships. The video for the song reflects this pill of happiness, just like the art cover, showing people diving into a pool of sky and cotton clouds.

Diplo – ‘Intro’ (feat. Orville Peck): Diplo has released a country album, ‘Diplo Presents Thomas Wesley Chapter 1: Snake Oil,’ or what can be called country these days, and I picked the first song, this short ‘Intro,’ because it features Orville Peck and his impeccable vocals. He is half speaking, half harmonizing, creating the perfect atmosphere for the intro of an old fashion country album, except that the rest doesn’t sound like this cool slice of western on guitar. You almost smell the crackling fire and hear the coyotes howling in the far, it’s a cartoonish song with plenty of charm, Orville’s charm of course. The other guests on Diplo’s album are Thomas Rhett, Young Thug, Zac Brown, Danielle Bradbery, Noah Cyrus, Morgan Wallen, Julia Michaels, Orville Peck, Cam, Blanco Brown, Ben Burgess, and Jonas Brothers. There is a video for the song ‘Dance With Me’ featuring Thomas Rhett & Young Thug, but we are very far from the ‘Intro.’

Unghetto Mathieu – ‘Plastic’: This one is a TikTok joke just as the video is a pink Barbie party cruising in hot convertible cars and dancing on a sofa. Rapper Unghetto Mathieu sampled the Aqua classic ‘Barbie Girl’ between a skittering beat and airy bounce, while he is ripping through bars with wild wordplay and clever quips. Using his signature ‘happy trap’ style, the song is a pink childhood fantasy and sets the stage for his debut EP coming very soon.

Twst – ‘Are You Listening’: The moody song oscillates between an intimate poignancy and explosive and anxious anger while evolving over strange electronica. This is the project of Welsh songwriter, vocalist, and producer Chloé Davis, who will release her EP ‘TWST0001’ on June 12th. The song comes with a futuristic video explained by the artist: ‘With this video, I wanted to draw on the poignant events that humankind has experienced in the last year, I wanted it to feel overwhelming and anxiety-inducing, and for it to visually move at the same hectic pace that the song does. Each line refers to a variety of different problems that really fucking bother me—it’s fake news, climate change, overconsumption, internet addiction, misogyny—all part of an apocalyptic feeling that’s kind of looming right now.’

Orville Peck – ‘No Glory in the West’: A new track from Orville Peck, and a melancholic guitar-driven song showcasing Peck’s deep baritone which vibrates, soars and shows all its wonder during this stripped-down tune. Meanwhile, the lyrics could tell a bit more about the current crisis while the very cinematic widescreen video echoes a lonesome cowboy’s delusion. Meanwhile, Peck’s new EP ‘Show Pony’ featuring this song as well as the previously released ‘Summertime’ and a duet with global icon Shania Twain, will arrive on June 12th.

Drug Couple – ‘No Outside’: A percussive, dancing light-hearted song, with Miles on guitar, vocals, keyboard, chimes and production, and Becca on bass and vocals. This is one of the two new tracks (the other one is ‘Alone 2gether’) from Brooklyn-based Drug Couple in anticipation of their upcoming sophomore EP ‘Choose Your Own Apocalypse’ out this summer in August. With themes of companionship and cautious optimism, the song embraces the moment, while being oddly prescient, as it was written and named long before the pandemic forced us all into extended isolation in our homes.

Nasty C, T. I. – ‘They Don’t’: A song for our times, addressing racial injustices, written in the wake of rampant police brutality and national civil unrest. Multi-platinum rapper Nasty C and the multi-hyphenate Tip “T.I.” Harris have teamed up for this powerful track while sharing their perspectives of racial injustices around the world. The song is surprisingly restrained in anger and rather peaceful, but Nasty C’s lyrics carry the message: ‘I can only imagine the pain and the grief/from the innocent mothers with all the shit they had to see/ when you lose the ones you love to the f*ckin’ police/it cut’s deep/But everything will be alright soon/I just want to let you know, ain’t nothin’ like you.’ Meanwhile, T.I. answers ‘Guess they’d rather see us all in civil unrest/Than to go and make some f*ckin arrests/How you supposed to serve and protect/with your knee on my neck?’ All proceeds from the song will be donated to two organizations, Until Freedom (an intersectional social justice organization focused on addressing systemic and racial injustice, as well as investing in those who are most directly impacted by cyclical poverty, inequality, and state violence) and the Solidarity Fund (which provides social support, including access to food and shelter, for those in South Africa whose lives have been systemically and disproportionately affected by COVID-19).

Hatchie & The Pains of Being Pure At Heart – ‘Sometimes Always’: Brisbane, Australia’s Hatchie, and The Pains of Being Pure at Heart have covered together ‘Sometimes Always,’ The Jesus and Mary Chain’s collaboration with Mazzy Star’s Hope Sandoval from 1994. Hatchie’s beautiful vocals dominate the song which will be featured on a new 7”, while the b-side is the 2018 Adult Swim single ‘Adored,’ available physically for the first time. Hatchie’s Harriette Pilbeam had this to say about the cover: ‘It was a dream come true to record this cover of one of my favorite collaborations with one of my favorite artists. I’m so glad it’s finally getting released because it’s extra special to me.’ The limited Sometimes Always 7” is available for pre-order and due June 20th via Double Double Whammy and Heavenly/Ivy League. 100% of sales from this release on Bandcamp Day this Friday, June 5 will be donated to The Movement for Black Lives (which supports Black-led rapid response efforts and long-term strategy, policy and infrastructure investments in the movement ecosystem) and The Loveland Foundation (a nonprofit that provides financial assistance for Black women and girls seeking mental health support).

Strand of Oaks – ‘Ambient for Change’: A five-track release from Timothy Showalter aka Strand of Oaks in the wake of the current events. This is what he had to say about the surprising release: ‘I wrote these five songs in the midst of heartbreak for the tragic events in our country. The one outlet that I have is music and the ability to create with the intention of helping. I improvised these songs to try and give language to the overwhelming emotion I was feeling and to try in a small way to lend my voice of support. I’ve spent a lot of my life talking and singing but there are no words on this record. Making these songs helped me be still and contemplate how I can be a better more loving person and stand against injustice and inequality. I hope that these songs bring peace but at the same time, I hope that they can also provide a safe space for meditation and reflection on ways that we can all help be there for one another. All proceeds from this recording will be going to NAACP Legal Defense Fund.’

cty her a river