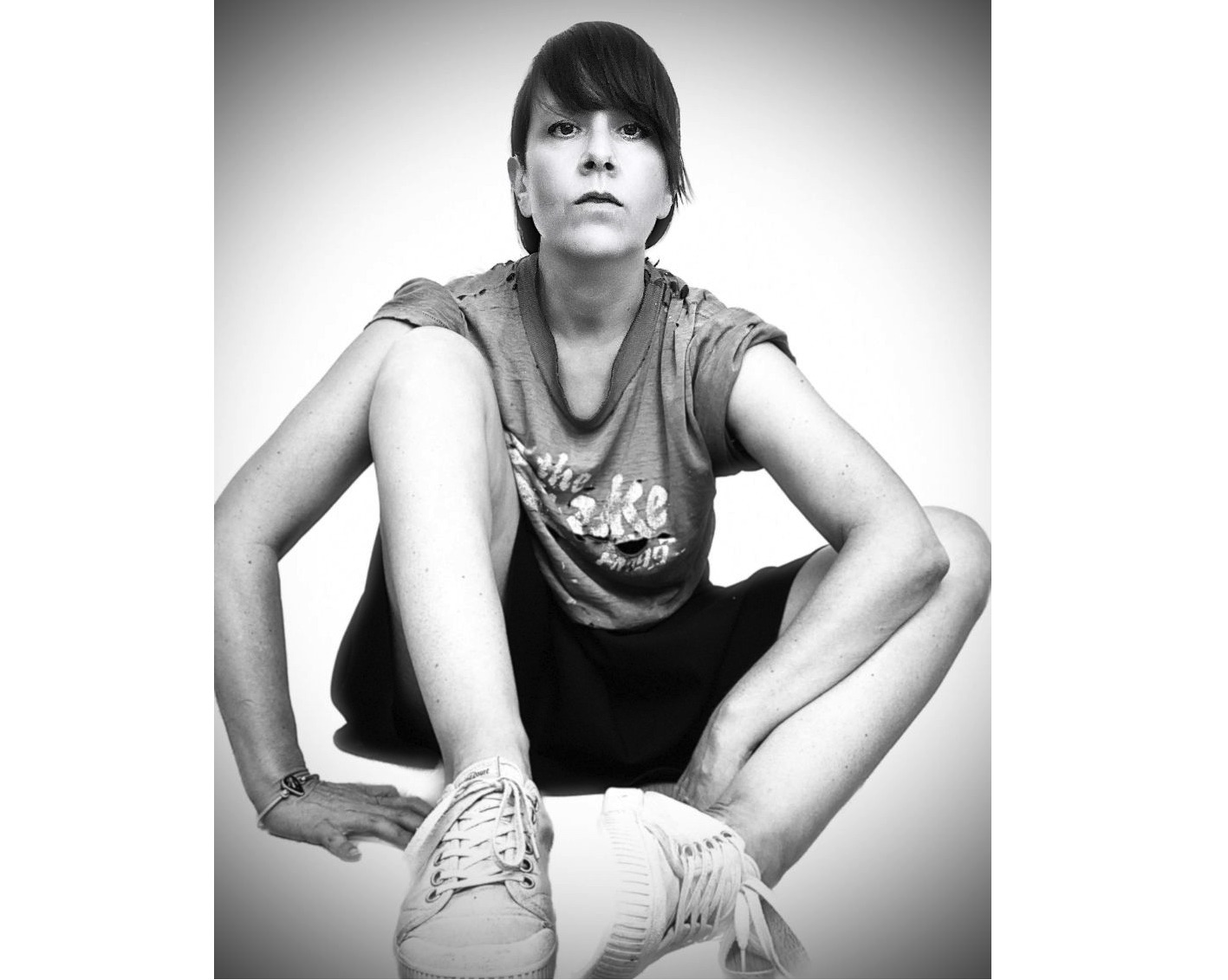 A classic Modern English song, a Jeff Tweedy cover, plenty of novelties, and an interesting track by Rich Girls among the press releases from July.

LIVVIA – ‘Beautiful Escape’: With a Disney princess look and a big voice, LIVVIA wants to leave her marks in the pop music world with the soaring ‘Beautiful Escape’, her new single and romantic video. But she is not completely new to the scene, she has already toured as an opener for the Jonas Brothers and the likes of Jessie J and Meghan Trainor, by 2014, she was collaborating with Nick Jonas on her single ‘Parachute,’ that hit Number One on Billboard’s Dance Club Songs chart, and a year later LIVVIA cut another Number One dance single with ‘OXO.’

Tiny Stills – ‘Craigslist Bed’:  With a sweet voice and acid pink hair (watch the video), Kailynn West deliciously embodies the ‘90s pop-emo-punk era with catchy lines and riffs. She explained that the song is ‘about the unexpected struggles you go through after a breakup- the small inconveniences that turn into bigger problems just because you’re struggling to get into a better headspace. Things like making new keys and not knowing what to do with your old ones become an emotional struggle and not just a task.’ The power-pop band Tiny Stills is from Los Angeles and the trio is drawing its influences from Courtney Barnett, That Dog, and 90s/00s rock.

Miserable chillers – ‘La nave del olvido’: A chilling-by-the-pool kind of song, with a sort of retro movie and baroque vibe. The track, dreamy, and slightly psychedelic is about a deep-sea voyage that discovered plastic bags and other trash amongst undiscovered creatures. ‘I think of myself as a late bloomer, a lot of obvious things have only recently started to appear obvious to me,’ says bandleader Miguel Gallego. ‘La nave del olvido’ is the first single off of the band’s upcoming album ‘Audience of Summer,’ due out August 7th via Baby Blue.

Rich Girls – ‘The Fighter’: A darkness exulting from a poppy song, like an authentic post-punk anthem at the intersection of different sounds. ‘Fuck bigots, it’s all I thought about this year. If it’s about anything, it’s about that,’ said Lusia Black, the singer of the NYC-based art punks Rich Girls. Her androgyne voice habits this song with defiance, bathing in heavy reverb electric guitar, blending British art-rock with the primitive energy of American garage.

Ricky Reed – ‘Real Magic’: An helium falsetto on this light R&B key-driven song, with clicking beats and electronic shooting stars. This is the first single of ‘The Room,’ the debut album from Grammy-winning multiplatinum producer and songwriter Ricky Reed (best known for his work with Lizzo, Maggie Rogers, Twenty One Pilots, Halsey, Leon Bridges) set for release August 28 via Reed’s own Nice Life Recording Company. Of the album, Reed explains, ‘When my Livestream collaboration experiment resulted in a song that brought me to tears mid-broadcast, I realized there might be some real magic to be found by simply connecting people who wouldn’t otherwise make music together. The result is The Room, a running record of me trying to stay connected with my community, cope with the terror of pandemic, and supply love and energy for the revolution while spending a lot of time looking inward. For me, the music is a warmly lit healing place for us all to gather, zoom out, and work through the strangest time of our lives, together.’

Modern English – ‘I Melt With You’: After having to recently cancel its summer North American 40th-anniversary tour, legendary British band Modern English has just released a live version of ‘I Melt With You’ filmed during quarantine (watch the video here). The song is a classic of course and has not lost any of its instantaneous catchiness, It is one of the most iconic songs of the New Wave era, that garnered heavy rotation on the then-thriving Modern Rock radio format, MTV and dance clubs across the globe, and was prominently featured in the classic 1983 film Valley Girl, starring a young Nicolas Cage. ‘We were all at our homes in the UK apart from Daniel [Jakubovic] who was in Los Angeles and decided to film ‘I Melt With You’ to put a smile on people’s faces,’ frontman Robbie Grey said. ‘We are aware of how much the song is loved and just thought a lockdown version would make people happy in these crazy times.’

Diet Cig – ‘Who Are You’: A wide-eyed pop song diving into a fuzzy chorus, it’s also the single of Diet Cig’s recently released album ‘Do You Wonder About Me?’ (Frenchkiss Records). Diet Cig has also announced that they will be playing their first ticketed show. The live stream will take place via the NoonChorus platform on July 31 at 8 pm EST. 50% of the show proceeds will be donated between The Okra Project and these venues: The Masquerade, Cat’s Cradle, Mississippi Studios, Neumos, 930 Club, Margin Walker, Casbah, Rickshaw Stop, Kilby Court. Tickets can be found here: https://noonchorus.com/diet-cig/.

Disq – ‘I Know What It’s Like’: It’s possible to be deceived by a cover, but Disq certainly doesn’t disappoint. This is their rendition of the 2018 Jeff Tweedy track ‘I Know What It’s Like,’ which originally appeared on the Wilco frontman’s 2018 album WARM. Disq’s Isaac DeBroux-Slone shared the motivation behind the cover: ‘I’ve been a big Wilco fan for the past few years and picked up Jeff Tweedy’s album WARM after Brendan had played it in the car a few times- ‘I Know What It’s Like’ really stood out to me as a great pop/rock song that I could put my own spin on- the minimal structure of the original gave room for creative license. I sped up the original recording a decent amount so I’d have something to play along to and off I went. We decided it’d be fun to present the finished product as an interim release; post-Collector and pre whatever’s next.’ The power-pop song shines like a classic with jangling guitars and a crashing ending.

Bakar – ‘Hell N Back’: With soft jazz trumpets, cool beats, smooth R&B, a touch of soul, and a slight hip hop delivery, Bakar is experimenting between genres and has been declared rising star by an elite fan club ranging from Sir Elton John to Skepta, Dominic Fike, Virgil Abloh and beyond. ‘Hell N Back,’ which hit number 1 on the adult alternative songs chart, is taken from his 2019 EP ‘Will You Be My Yellow,’ while Bakar became a face of the Louis Vuitton SS19 Campaign and has collaborated with the likes of Prada, Topman and more. The song comes with a video.

Joe Wong – ‘Nite Creatures’: With a Beatlesque intro, the sound of a psychedelic-pop song is as bright as its theme is dark, reminding us ‘about the type of heightened existential dread not unlike the kind running rampant at this particular moment in our history: ‘Nuclear rainbow throws shadows of dread over the kingdom of comfort / Billions of people who haven’t died yet searching for permanent shelter.’ Never mind, the music will brighten your day, and it comes with a double single just shared by Joe Wong, a preview of his Mary Timony (Ex Hex, Helium)-produced debut album ‘Nite Creatures’ set to be released on September 18th via Decca Records.