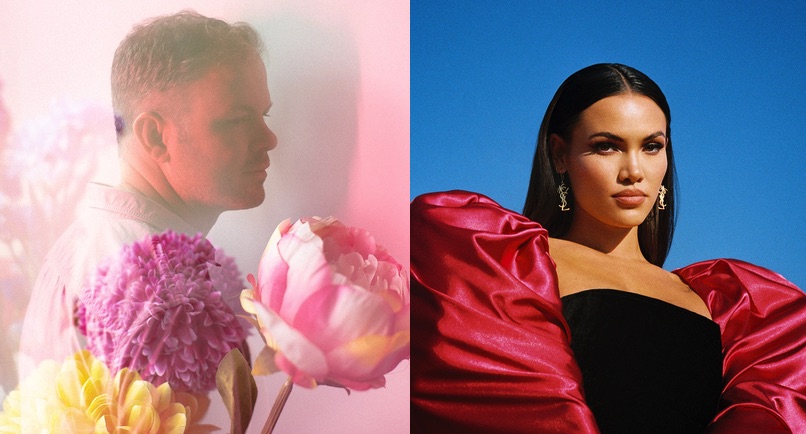 Sinéad Harnett and Postdata are among the press releases from February

Los Esplifs – ‘Otro Pais’: An exotic buoyant Cumbia-inspired track with an Afro-Cuban vibe from Tuscon-based art-psych band Los Esplifs. It’s an infectiously-catchy banger complete with bombastic riffs and swinging rhythm, all steeped in dark humor, and it’s also the lead single from the band’s upcoming 11-track LP ‘ESTRAIK BACK,’ out April 20. Band member Caleb Michel says: ‘When I wrote this song I was working at a farm. I was laboring harder than I’ve ever worked, and I realized I was still having a hard time paying rent. For generations, we say, ‘oh it’s gonna get better with the next politician,’ but that’s never true. ‘Otro País’ tackles the grass always-greener theme with dark humor and infectious rhythm.’ ‘ESTRAIK BACK’ embraces the ‘Tucson Sound’ and creates a western-infused rhythm revival. The album as a whole is a musical stream of consciousness, working towards sonically recreating the mind of a Latinx individual living in the current world order.

Grave Flowers Bongo Band – ‘Smile’: A reverb-heavy psychedelia with long groovy jams and guitar leads. This is a track off the band’s sophomore LP ‘Strength of Spring,’ out April 30th on Castle Face Records. As usual, the album comes with a surrealist description written by (I presume) Mr. John Dwyer: ‘Strength of Spring’ is an inverted pyramid balanced on the headstock of an acoustic guitar, a rainbow painted in campfire smoke, an endless staircase circling into the clouds. That acoustic guitar, perfectly captured here by Ty Segall’s excellently sere and close mic’d production, plays skeleton to these conjurors woolly grooves, and singer Gabe Flores’ thousand-yard moan keeps us guessing as to exactly where this wildebeest is headed. He pinions these far-out tunes, which burst generously with shit-hot guitar leads, Stoogeseque sax squalls, and a gaggle of great eight-armed drum fills, with a flinty wrist-flicking heartbeat as the band turns from whimsy to nimble riffery on a dime, following that pied-piper six-string jangling down many lovely rabbit-holes of melody and exploration. It’s obvious these guys play together a lot (the lineup shares two members with acclaimed space rockers Hoover III to boot) and the telepathy on display here is synapse-snappy. Coursing throughout is that note-pad filling, lighter raising, undefinable black magic that feels so rare these days… we dig it mightily and we think you will too.’

Kali Uchis – ‘Telepatia’: A dream-pop sun-drenched song delivered in Spanish, with a forever sunny sex appeal occupying the right niche between Anglo American and Latin American cultures. And it’s true that everyone loves Grammy and Latin Grammy nominee Kali Uchis, this song is taking off worldwide and is currently sitting on the Spotify Viral Charts of 66 countries and the Top Songs Charts of 32 countries, #8 on the Global Viral Chart, and #22 on the Global Top Songs Chart and surging on Apple Music and TikTok. It has accumulated 26 million global streams, with more than 2 million streams per day in the past days. Additionally, the song has been added to some of Spotify’s biggest playlists including the cover of ¡Viva Latino!, Today’s Top Hits, and Pop Rising. ‘Telepatía’ is taken from Uchis’ second studio album, ‘Sin Miedo (del Amor y Otros Demonios)’ out via Interscope.

Sinéad Harnett – ‘Last Love’: A passionate and sultry R&B song delivered with the sensual confidence of a new Rihanna. This is a track (and video) from ‘Ready Is Always Too Late’ (out May 21 via Sony Music), the highly anticipated second studio album of London-born, Los Angeles-based singer-songwriter Sinéad Harnett. ‘There’s such a thin line between the liberation of having no one to answer to when you’re single and the memory of the last person you loved,’ Harnett says. ‘When I’m single, I fill my days up as much as possible, but those little moments where you remember being held by someone you loved can creep up. ‘Last Love’ is a celebration of moving on.’ The album is filled with empowering songs and messages around individualism and unity, alongside vulnerable snapshots of Harnett’s less confident past self, painting a picture of evolving self-worth that requires time and care to cultivate.

Ethan Gold – ‘ALEXANDRIA & ME’: An optimistic road trip, an ode to a city celebrating its beauty and stories, with 90s-inspired guitars and glorious, harmonies-filled choruses. Los Angeles-based artist/producer/composer Ethan Gold has released two singles paying homage to Los Angeles and New York City, ‘Alexandria & Me’ and ‘In New York,’ a yin/yang much like the cities they represent. In comparison, ‘In New York’ is a Sinatra/Waits-ish piano ballad about the Big Apple. ‘’Alexandria & Me’ is about the thrill of chasing ghosts of pre-gentrification downtown L.A. through a haunted hotel while hearing echoes of ancient Egypt,’ Ethan explains. ‘Set in a decaying old Los Angeles hotel, this song comes from the exhilaration and terror of disturbing the dead layers of the past. That longing in us to find magic in a city, and the longing of its ghosts calling back to us.’ The 2 songs will be included on ‘Earth City 1: The Longing’ (out May 14), the first in a trilogy of a multipart album about the loneliness of cities, our search for connection with others, and ultimately with the degraded natural world.

Six60 – ‘All She Wrote’: A great sense of rhythms, a playful melody, a tap-along tempo with a wistful acoustic guitar lick, and a pastoral theme. The song epitomizes the band’s uplifting sound and contemplative lyrical themes. It features lead singer Matiu Walters’ unmistakable vocals, as a driving beat rolls on throughout. The lyrics reflect upon the precious and fleeting nature of life. Released on Epic Records, it is accompanied by its official video, directed by Connor Pritchard, which sees the band driving in an open-top car, in an homage to fellow Kiwi OMC’s ‘How Bizarre’ music video. As SIX60 roll through the streets of Auckland, they interact with passers-by, many of whom are beloved national celebrities. All Blacks’ Rugby legend Dan Carter appears in the video – the sport’s all-time highest point scorer and considered the greatest ever fly-half in history. Other cameos in the video include New Zealand’s youngest MP, Chlöe Swarbrick, WBO heavyweight boxing champion Joseph Parker and many more. Six60 have been called ‘planet’s biggest touring band,’ ‘world’s biggest stadium band,’ and certainly one of New Zealand’s biggest and most beloved acts.

Postdata – ‘Inside Out’: A soft and simple piano opens the song which builds up and booms with horns, percussion, and Paul Murphy’s vocals in a joyful and grandiose chorus around themes of adoration and unending love. ’I didn’t really know what to do with this song at first,’ Paul admits about the joyous anthem. ’It has this open-hearted feeling to it and I usually try and mess with a song lyrically or darken it up when there’s something musically so light and warm. I don’t know why that’s always the inclination? For this though and maybe it was because I completed it during the first lockdown period. I wanted to really celebrate that warmness or joyous quality, to lift it up. Endow it. It helped. I hope it lifts you up a little bit too.’ The track is from his forthcoming album, ‘Twin Flames,’ out March 5 via Paper Bag Records.

Jack Newsome – ‘Arms’: A soft, sexy dream-pop dancefloor with a strong melody, and sung with confidence by a young star in the making. The New Jersey native, Los Angeles-based singer/songwriter Jack Newsome is only 24 years old but he is trying to understand what was happening around him this past year. After moving to LA to pursue his music career a couple of years ago, he grabbed the attention of the reality songwriting competition series, Songland. As a finalist for his episode, Jack and singer/songwriter/producer Shane McAnally cut ‘Lying (Next To You)’ which cracked the one million mark on streaming platforms. ‘The Year The World Stood Still’ is a song about the realization that sometimes hitting pause is vital. Much more than a song of the moment, the track carries into the concept of what happens even after this is all over and life goes back to normal.