Press Releases From December: Here Are The Artists 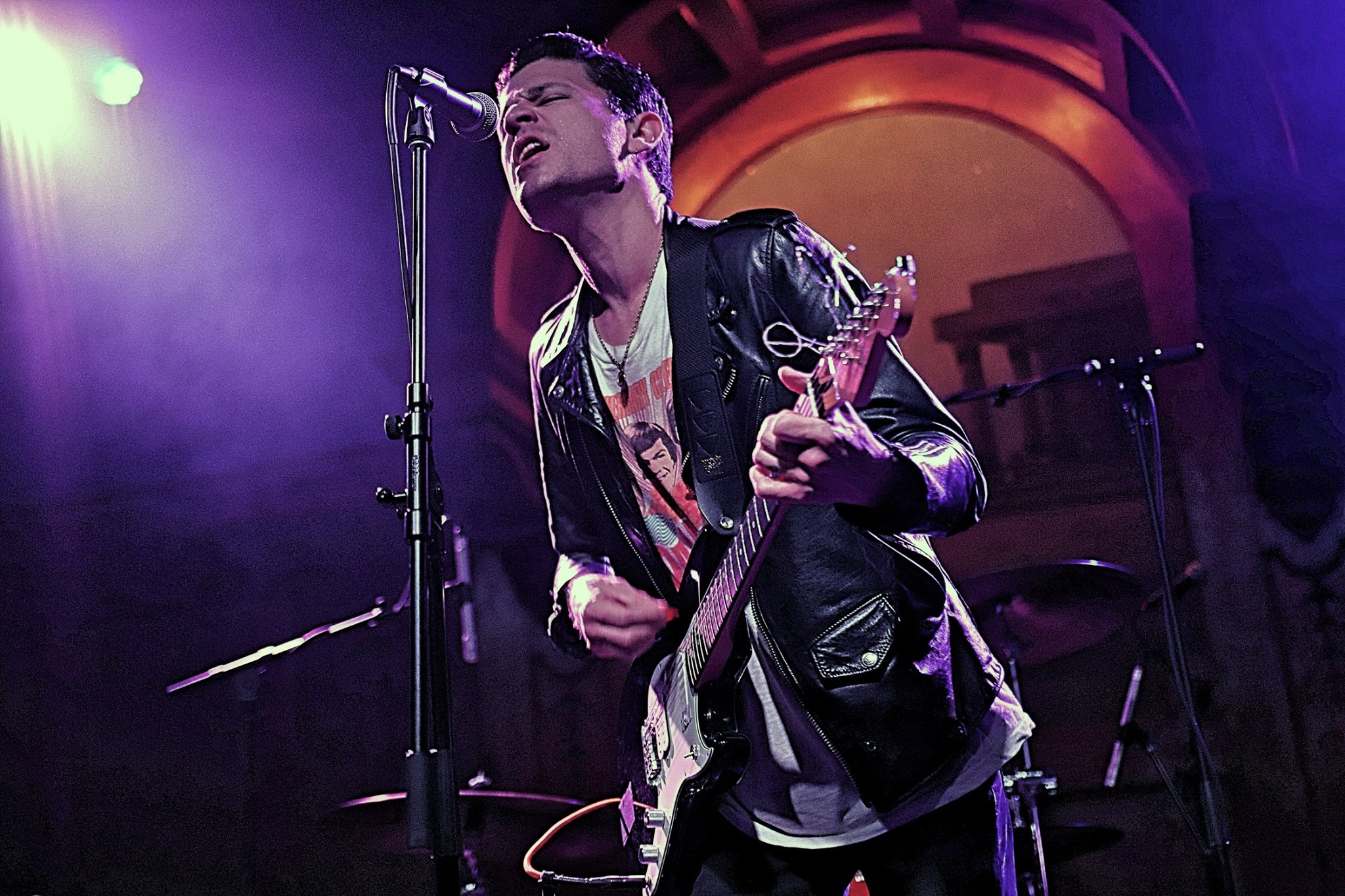 Crocodiles among the press releases from December

Yung Baby Tate – ‘Rainbow Cadillac’: A bad girl’s hip hop track delivered with humor and playfulness. This is the latest from Yung Baby Tate, and the single of her new EP ‘After the Rain,’ featuring Flo Milli and 6LACK, just released this Friday via Issa Rae’s Raedio label. The EP is a playful but slappin’ EP, chronicling a tumultuous, year-long relationship. She tells her story using a seven-track arc as her sonic attempt to escape from being codependent. ‘I just got tired honestly,’ notes Tate. ‘I had to be me because that wasn’t working.’ The 24-year-old Decatur, Georgia native did some soul searching to find herself again, and with the help of songwriters and producers for the first time in her career, she created music for ‘After the Rain, after talking about her problems in detail with her collaborators. ‘I was losing my essence within the person I was with. I didn’t like this, and I wanted to be myself again,’ she says. ‘I want people to feel good about themselves. This year has been pretty rough for a lot of us, and at times, it can be very bleak. At the end of every storm, the rainbow comes back out, and this project is me becoming that musical rainbow again to remind people it’s gonna be alright.’ The video for ‘Rainbow Cadillac’ is just this, a feel-good number by a badass girl while namechecking Lizzo and coronavirus. A true girl power anthem during these tough times.

Glaive –‘dnd’: How old is this new artist? Just 15 years old, and he just dropped a new video for ‘dnd’ from his debut EP ‘Cypress Grove.’ It’s a very anxious track, crowded with sound and distorted vocals that was described as ‘a sober and poised look at the strangeness of becoming successful while the world is on fire.’ Glaive is a vocalist, songwriter, and producer based in the mountains of North Carolina who began making music at the beginning of the Covid-19 pandemic, releasing his first song on Soundcloud in April and attracting an audience with a steady stream of tracks like the very glitchy ‘astrid‘ this summer and ‘eyesore‘ last month. He just has a handful of releases to date but is already on the cover of Spotify’s hyper-pop playlist. The music sounds a bit strange, different from current pop, hip-hop-inspired but apparently the taste du jour.

Laurel –‘Appetite’: A powerhouse over an electro-pop with an ‘80s vibe of eerie disco-glam hook and funky lines. The video for ‘Appetite’ provides the dancefloor for this emerging London/L.A. alt-popstar. ‘Appetite‘ is a track from her new EP ‘Petrol Bloom’ whose euphoric sound is starkly different from the melancholic chamber pop of her debut. ‘In all my music to date. my most consistent lyrical inspiration has come from the contrasts in emotions associated with love, sometimes feeling anger, jealousy, hatred, and despair at the same time as love itself,’ says Laurel. ‘Building upon my last album’s theme of the ugly within the beautiful, I have created Petrol Bloom. The word ‘bloom’ came from a feeling within that I am blooming and blossoming as a woman and an artist. The word ‘petrol’ signifies fierce energy and the destructive tendencies of mankind. And together, Petrol Bloom is to represent the blossom and birth of fire, hot-tempered lust, impulsive decisions, a tempest, new-found love, and anguish, literally screaming and driving faster.’

Middle Part –‘Soaked In Red’: Ethereal and kaleidoscopic electronica oversaturated with Andrew Selkōw’s vocals, and somewhat reminiscent of Panda Bear’s work. Alt-pop Brooklyn-based artist Middle Part has released his debut ‘I Wish I Was Alive,’ a six-track EP, heavily driven by his personal experiences, his shortcomings, his struggle with depression, dissociation, and overall loss. Middle Part was born when singer Andrew Selkōw moved to the deepest parts of Northern Alaska to find himself, after experiencing a major meltdown. Living in a shipping container in the isolated vastness of the Alaskan wilderness, Selkōw ignited his love for literature and music, with the musician sharing, ‘Art is important, no matter how you decide to approach it. There’s no age or formula so just create. It’s the most healing form of therapy I’ve ever experienced.’ Selkōw confides, ‘I wanted to make sure and let go of my ego before I pursued music again so that’s a big theme in this record as well as the inability to connect especially when you’re compartmentalizing everything all of the time. I wanted to be really honest and vulnerable in this batch of songs. I’m so goddamn sensitive and hate to show it, but it just bleeds through all of my music. A lot of this record is about ego, vulnerability, and dealing with loss. It’s also about finding a balance with your mental well-being. Busy touches on that theme of letting go of your ego and being more vulnerable with the people around you. That’s the message I’m trying to get across, and I feel that ties in with the EP’s title, which is all about being more present rather than mentally checked out.’ The songs are like journal entries, grasping the concept of death, getting older, mental instability, and self-reflection.

Rapta – ‘runaway’: A mumbling moody rap by Boston native and young crooner Rapta who has released his highly anticipated project ‘luv, leo.’ The minimalist track of percussive beats and guitar lines is the support for his melancholic flow, his storytelling of the world at large infused with personal anecdotes of love and life. The entire project showcases Rapta’s versatility with his ability to be vulnerable being his greatest strength on each track. When asked what he wants his fans to take away from his project Rapta states, ’I want them to relate and see the human in me as an artist, take something positive, and heal through music.’

Black Eyed Peas, Shakira – ‘Girl Like Me’: What could you expect from such a collaboration? A Latina-flavored hip hop track with plenty of dance beats and Shakira’s wild vocals. Six-time Grammy Award-winning, genre-bending pioneers Black Eyed Peas have unveiled a new video for the song from their eighth full-length album and debut for Epic Records, ‘Translation,’ and it has to be a winning combination as the song has already amassed over 15.7 million streams and the video 11 million views.

Emanuel – ‘Black Woman’: A poignant stripped-down song with swirls of strings showcasing Emanuel’s emotive and soaring vocals for this tribute to black women. The track is dedicated to the resilience, empowerment, and beauty of Black women in Emanuel’s Toronto community and around the world. The video of this vulnerable and beautiful song was in fact released in October but comes from Emanuel’s new EP ‘Session 2: Transformation today’ just released via Universal Music Canada and his new US label partner Motown Records. ‘Emanuel is an incredibly introspective and emotional artist. I’m deeply moved by his captivating voice and beautiful artistry. We’re excited to welcome him to the Motown roster and help amplify his sound and message,’ says Ethiopia Habtemariam, President of Motown Records & EVP of Capitol Music Group. Magazines,’ the lead-off track on the EP, is a ‘projection of the observation that there are a lot of people who are desperate for wealth gratification and are trying to fill their broken hearts with a whole lot of nothing,’ while another song entitled ‘PTH,’ Emanuel’s most sensual song to date, celebrates the euphoria found in intimacy. ‘The song is super carnal,’ he says, ‘but it’s also really beautiful – I hold those experiences and those moments in high regard. I wanted it to be an expression of love and about appreciating a woman’s body in that moment.’ His full-length debut ‘ Alt Therapy’ is due next year.

David Cook – ‘Strange World’: Stabbing synth and impatient keys, the song builds up with David Cook’s strong and commanding voice with a sort of ‘80s vibe. This is the second single from his forthcoming EP due in February 2021. ‘’Strange World’ is really my homage to this year. Staring out of the windows at the world outside, feeling disconnected from it, and trying to find those moments that would normally exist outside, inside,’ he explains. It follows the first single ‘Reds Turn Blue’, released this summer,  a reference to the manic highs (reds) and lows (blues) of anxiety, something David has struggled to cover come since his Season seven win on American Idol.

Noah C. Lekas featuring Howlin’ Rain – ‘Saturday Night Sage’: A meandrous track and spoken words delivered like an old Bob Dylan song with a bluesy cacophony, building a progressive psychedelic jam. San Diego’s Blind Owl Records has released this lead single, inspired by the book of poetry and narrative prose ‘Saturday Night Sage’ by Noah Lekas, out last year on Record Store Day. The book of poetry and narrative prose has garnered comparisons to Dylan, Patti Smith, Jack Kerouac, Nick Cave, and Bukowski and was highly recommended by Punk Noir Magazine who called it ‘A brutal and brilliant poetry collection crowded with losers and loners, laments and lullabies, and booze and blood-stained torch songs for the twilight hours.’ It’s an absorbing and cinematic track while the book is about a blue-collar mystic looking for God and his place in Modern Culture. Navigating whiskey-soaked revelations with religion, folklore, and dwindling opportunity, a spiritual journeyman wades through Eastern philosophy, Western theology, and the American highways and factories of the Midwest in search of resolve. More than just barroom tales of flagrant dispossession, ‘Saturday Night Sage’ emerges from the shadows of crumbling factory-life; it gives voice to an often-undervalued American story. Examining the repetitive yet unstable duality of Midwestern life, Saturday Night Sage bets-it-all that a Blue-Collar work ethic is all you need to get out of the factory and Saturday Night.

Crocodiles – ‘Christmas In Hell’: A Christmas gift from Crocodiles, a gritty new Christmas tune with the band’s signature fuzzy guitars à la Jesus and Mary Chain, and a very catchy upbeat brand of rock & roll. The music video, directed by Kate Clover, brings up the spirit of the season with a wacky Santa and his elf. ‘The world needed a Christmas song reflective of the total shittiness of 2020 so last week we decided to write one,’ says Brandon. ‘We recorded it immediately via email and shot the video in our respective apartments under Kate’s direction. Hopefully, it makes your holiday season slightly less shitty.’ This song is a true uplift and will make your Christmas day.