Press Releases From December, Here Are The Artists 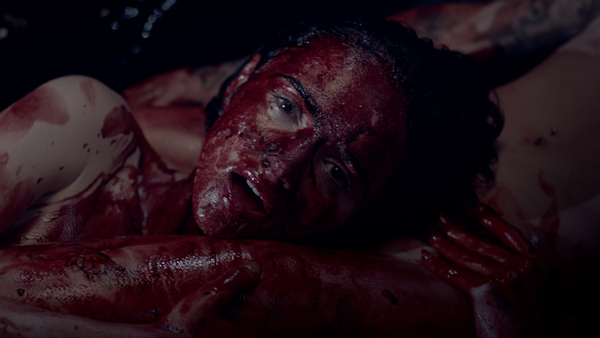 Sir Chloe among these press releases from December

Lonr. – ‘WORLD’: Raw, emotional vocals delivered with conviction over melodic hip hop with strings, washing away a glitchy beat. This is the new unclassifiable single by Lonr. released on Friday with a video, via Epic Records. With lyrics like ‘I’m my own opponent, I create my own shit,’ … ‘I just want the world to know,’ and a gut-wrenching performance, the single prepares us for his project, due out next year. ‘Land Of Nothing Real,’ which the 2x GRAMMY Award winner released earlier this Spring, established the singer, songwriter, rapper, and producer as one of the most exciting new artists to watch. To date, the project has amassed him over 68 million streams, while single ’Make The Most’ ft. H.E.R. has been a breakthrough moment for him. He has been called ‘a star in the making’ and ‘a force to be reckoned with,’ so watch for new music from Lonr. coming soon.

Nathaniel Rateliff – ‘Redemption’: A lonely and heartfelt song by Rateliff with a heavy touch of melancholic Americana à la Fleet Foxes. The cinematic flair is even more obvious when you know the song was written for the forthcoming Apple Original film, ‘Palmer,’ featuring Justin Timberlake. The film, directed by Fisher Stevens, tells the story of former high-school football star Eddie Palmer (Timberlake), who went from hometown hero to convicted felon, earning himself twelve years in a state penitentiary. He returns home to Louisiana, where he moves back in with Vivian (June Squibb), the grandmother who raised him. While trying to keep his head down and rebuild a quiet life for himself, Palmer is haunted by memories of his glory days and the suspicious eyes of his small-town community. Things become more complicated when Vivian’s hard-living neighbor Shelly (Juno Temple) disappears on a prolonged bender, leaving her precocious and unique 7-year-old son Sam (Ryder Allen), often the target of bullying, in Palmer’s reluctant care. In time, Palmer is drawn into a more hopeful world as he forges a connection with Sam through their shared experience of being made to feel different by those around them. Life improves for Palmer, and a romance develops between him and Sam’s teacher Maggie (Alisha Wainwright). An inspiring and unexpected journey unfolds for the three of them, but soon Palmer’s past threatens to tear apart this new life. You can watch the trailer of the movie here, abundantly featuring Rateliff’s ballad. ‘When I was first asked to write a song for Palmer I was told what the film was about and where the song was going to be used,’ Rateliff said. ‘The melody and the opening line came to me immediately. But it wasn’t until I had a conversation with Justin [Timberlake] that helped me to put the song together. He said the film was about redemption. I saw that in the characters and did my best to add to the scene in the film.’ I am happy to see Rateliff’s career is going so well, considering I saw his live debut at the Echo in 2015.

M Caye Castagnetto – ‘Hands on the Business’: A weird throbbing soundscape with buried vocals, an exotic bazaar over a beat, that could even come from a foreign planet. The song actually comes from Peruvian artist Caye Castagnetto, whose unusual approach to songwriting has been described as ‘both familiar and alien,’ although this track is said to be the groovier tracks on the album. Influenced by a life split between Lima, London, and Twentynine Palms, his debut album, ‘Leap Second,’ out January 22nd on Castle Face Records, is intriguingly personal and hard to classify. It is a thick collage of samples Caye recorded with different artists and musicians, including Beatrice Dillon and the late Aileen Bryant, that spans 5 years in the making. The album is described as follows: ‘The 10 tracks are speedy and languid, thick ruffles, and dirges. In parts, it feels like you’ve stumbled upon a forgotten incredible 70’s folk record but that feeling gets broken quickly by clever sleights of hand. Caye’s balladry is angular, time is elastic. Each song is a fresh cape. How dandies really mean it, so masc that it’s fay, how the only moment is this one and it’s just passed, etcetera.’ It is not on Spotify yet, but you can listen to ‘Hands on the Business’ on Youtube.

Sir Chloe – ‘Michelle’: The EP, ‘Party Favors,’ has been out since October on Terrible Records, but this new video for their track ‘Michelle’ has to be noticed. The song has had an incredible rise across TikTok (where it went viral in the cosplay/anime corners of the platform—with more than 100k videos to date including one by Millie Bobby Brown), Spotify (where it spent weeks climbing the US and Global Viral 50 charts) and beyond. In case you would think that the song is a sweet-dreamy-girl-group nostalgia thing, the track actually tells the story of lead singer Dana Foote’s truly hellish ex-girlfriend, and the video, directed by Molly Hawkins, puts a fun twist on it. It starts as the most romantic date you can imagine, and it turns into a bloody fight/bath and horror-movie. Dana Foote draws inspiration from songwriters like St. Vincent, Lianne La Havas, and Andy Shauf as well as classical composers like Sofia Gubaidulina, Claude Debussy, and Béla Bartók, but this video seems to come straight from ‘American Psycho.’

Aaron Taos – ‘Amnesia’ ft. Saiah: An engaging foot-tapping pop song with a catchy elastic bass beat and a nice guitar solo, accompanied by a fun video. ‘I had just finished the mix for ‘Amnesia’ and then I had heard Saiah’s track ‘(BLACK)PLANET’ on Spotify’s Lorem playlist,’ Taos said. I knew he’d be absolutely perfect on it so I DM’d him on Insta and sent him the song and he was down. I had been a huge fan of what Overcast had done for Saiah’s video for ‘(BLACK)PLANET’ as well as their stuff for Brakence and so I sent them the song as well. They loved it and within the month I was on a plane to Phoenix to shoot it with them. Inspired by a 70’s punk vibe, the video follows me around on a road trip with some fun characters, including cameos from Saiah and our friend PapichuloTeej. Working with Overcast was super fun and easy, they have a really talented team all living in one house out in the desert. It was a really invigorating and inspiring experience.’ The song comes from Taos’ ‘Birthday Boy,’ an album born out of introspection, with a sound working as a fresh approach to the alternative pop music sphere.

Vize x Alan Walker – ‘Space Melody’ (Edward Artemyev) Featuring Leony, Edward Artemyev: A collaboration between VIZE, a production and DJ project spearheaded by Russian producer Vitali Zestovskih and German DJ Johannes Vimalavong, and British-Norwegian electronic musician Alan Walker, who has collaborated with international superstars for productions or remixes such as Avicii, Kygo, Miley Cyrus, OneRepublic, Madison Beer, Farruko, Charli XCX, Ava Max and even legendary composer Hans Zimmer. The song features Leony’s crystalline voice, while the electronica paints a cinematic soundscape fitting the futuristic video and the bat-mobile. This comes with an explanation: In the video, the so-called ‘Space Melody – The Game’ video game is revealed to viewers. In it, we can see Alan Walker and VIZE in a post-apocalyptic world. Alan Walker is the chosen avatar in the game and is driving in his Walker-mobile to solve a specific task.’ As the song has already amassed over 2 million streams in a week, this looks and sounds like car-commercial ready to me.

Guy Blakeslee – ‘Sometimes’: Another song and video from Blakeslee’s upcoming solo album, following the album’s lead single and title track ‘Postcards From The Edge.’ Blakeslee’ strong and vibrating vocals resonate over this trumpet-filled dreamy song, and there is real intensity in his delivery as his voice soars with fervor, channeling some inner magical force, illustrated by the enchanting video filmed by Lael Neale, ‘A few Summers ago, my life had come crashing down. You could say I had destroyed it,’ Guy said. ‘Abandoning all illusions of security and leaping off the uncertain edge, I landed in a tiny windowless room overflowing with my broken musical instruments. A chance encounter with a friend of a friend led me to a cat-sitting gig in an Old Hollywood apartment where Man Ray and Orson Welles had once lived. When I wasn’t chasing the devious felines up and down many flights of ancient stairs I would lose myself for hours at the well-worn piano, where I could feel my former identity slipping away.’ ‘A sudden windfall of unexpected money appeared and days later I was on a plane to Spain to meet my Belgian friends,’ Blakeslee adds. ‘Floating on my back in a Spanish swimming pool, in a moment of weightlessness and surrender, I pondered with relaxed clarity my strange fortune – after risking everything without a plan, I had arrived in that perfect stay of unknowing, of beginning anew. I had answered the call of destiny and was reincarnated as the FOOL in the Tarot, wandering into the present without a care in the world. Just like in the Tarot, the journey I was undertaking would lead me through the deepest shadows of despair and to exalted heights of ecstasy, but I was not thinking about the future. In the weeks that followed, as I walked the empty streets of Brussels late at night, singing to the rhythm of my own echoing footsteps, the song ‘Sometimes’ was born.’