Press Releases From August: Here Are The Artists 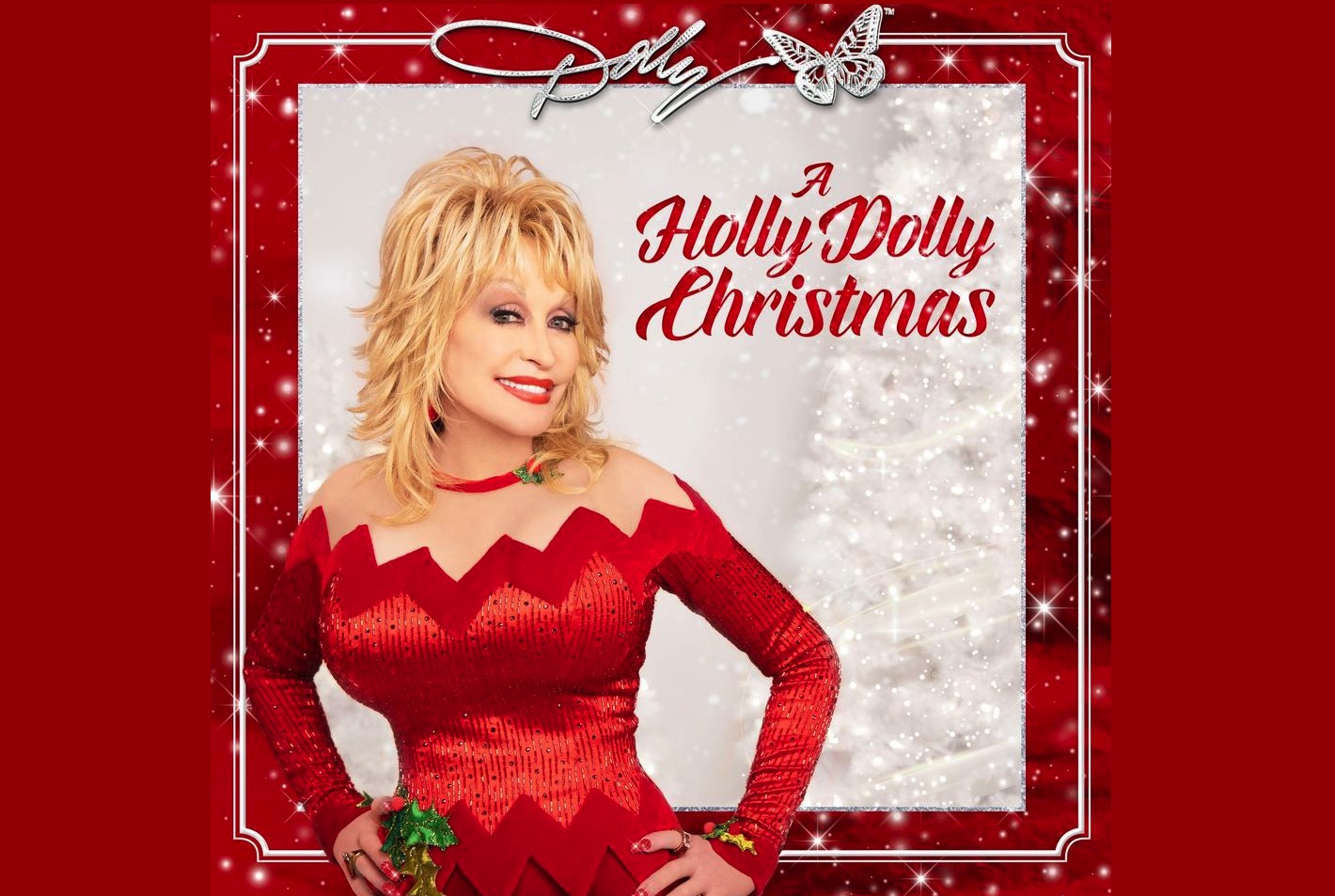 Dolly Parton among these press releases from August

Dolly Parton’s Christmas single, yes you read this right, and plenty of emotional pop songs among these press releases from August.

The Dirty Knobs – ‘Wreckless Abandon’: Mike Campbell’s band will release their debut album on November 20, and this is the titled single. Tom Petty’s lovers will have no problem at all to enjoy this guitar-driven classic rock cut. It’s a very upbeat track, with a touch of true Southern California retro sound coming from the Byrds and the buoyancy of Petty’s best songs. ‘Losing Tom was earth-shattering for me. It was a total shock,’ Campbell said. “It had felt like we would be playing together forever. For a while, it was hard to imagine playing in my own band again, let alone one where I’m the frontman. Tom was always my beacon. But everything I’ve been doing since Tom passed, including this album with The Dirty Knobs, is in the spirit of honoring what we did together.’ They also have just released a video teaser for the album, voiced by actor Danny Trejo.

Ane Brun – ‘Take Hold of Me’: A minimalist and anxious electronica with keys and Ane Brun’s ethereal vocals producing a tourbillon of emotions including several cathartic howls. The soundscape has even a Radiohead vibe with unique energy while the video shows Norwegian singer-songwriter Ane Brun dancing in the dark. ‘I try to describe an existential complex state of mind. An abstract feeling, and something that I’ve felt come and go through the years,’ Brun says of the song, ‘And in some ways, in this time of the pandemic, it’s being emphasized even more. A feeling that things are on hold, that life is not lived to its full potential, and that the bigger questions are so present right there on the surface.’ The song is the sixth to be released from her as-of-yet untitled album, due out this fall via her own Balloon Ranger Records.

Dizzy – ‘Beatrice’: Dreamy indie pop from this emerging Canadian-based band fronted by singer Katie Munshaw, who sings with a sort of naïve and youthful spirit throughout the song. This is a track from their 2020 album, ‘The Sun and Her Scorch,’ released on Royal Mountain Records and it comes with an intimate video. ‘The ‘Beatrice’ video was unique to do because we were actually playing our instruments. In most music videos you’re meant to only pretend like you’re playing but Ryan was really keen on making the performance feel genuine- and after being apart for so long due to COVID we were stoked to be able to just hang out together and jam for a few hours. Having our gear plugged in for hours made the mirror room extremely hot and by the last take we were sweaty and tired and a little buzzed- so basically, we got our tour fix despite the looming pandemic outside the studio,’ explained Munshaw.

Pine Barons – ‘Sputter’: The lead single of Philadelphia-based Pine Barons’ upcoming album ‘Mirage on the Meadow,’ due out October 9th via Grind Select. The song comes with a video of family-footage, showing the members as kids playing music, while the nostalgic but rather upbeat song unfolds some real pop hooks and catchy vocal harmonies. The new 10-song album has been described as ‘a psychedelic amalgamation of graveyard shifting indie rock,’ ‘full of the dread we all experience living our daily lives while retaining a cautious optimism that propels its rich, colorful sound towards a brighter future.’

Falcon – ‘I’ll Admit It’: Sparse beats and notes with a touch of R&B in Amanda Lindsey Cook’s sensual and emotive vocals, which soar to a new level over the percussive electro-pop chorus and vacillate between resignation and anger. This is the first single as Falcon available through SONY/Provident Label Group. ‘I was an old soul in a young body,’ she reflects. ‘My songs, then and now, are about the intersection between faith and everyday life.’ Nevertheless, the arrangements of the song are very modern. Cook explained: ‘We were having a conversation about the different kinds of music I want to make, and how I don’t want to be confined to one genre, sound, or theme. I have to explore. I have to be able to write about everything – it’s a path of clarity for me…a way of interpreting and understanding my experiences. He suggested that “I go Falcon” on this next album, and that was that. It felt like being handed an ancient key to a room in my own house I hadn’t explored yet.’

Dolly Parton – ‘Mary, Did You Know?’: Just like that, Dolly Parton has decided that the end of the year was already here, and she is releasing a Christmas song mid-August! I am sure everyone wants to accelerate the time at this point in the middle of the COVID crisis, but it’s 100ºF in Los Angeles right now, so Christmas time, it is not. Dolly gives a very emotional version of the very faith-affirming melodramatic tune, a cut from her upcoming album ‘A Holly Dolly Christmas’ which will be available on October 2. ‘’Mary, Did You Know?’ is one of the greatest, sweetest, well-written songs that I’ve ever had the chance to sing on,’ said Dolly. ‘When I was recording it, I got very emotional. It is to me what Christmas is about and I’m proud to be able to sing it for my upcoming album.’ ‘A Holly Dolly Christmas’ is Dolly’s first Holiday album in 30 years and includes some of the timeless Christmas songs we all know and love, as well as five original tracks written solely by Dolly with one additional co-write with Kent Wells. Duet partners and featured artists on the album are some of Dolly’s dearest friends including Michael Bublé, Billy Ray Cyrus, Miley Cyrus, Jimmy Fallon, and Willie Nelson, plus a special song with her brother, Randy Parton.

Joshua Speers – ‘Other People’: Emotional vocals and a woods-old barn melancholic ballad with a touch of Americana opening on a widescreen soundscape matching the great outdoors of the video. This is the new and very inspiring single from the upcoming EP ‘Summerland,’ due September 18 through Warner Records by rising L.A. artist Joshua Speers. He returned home to the Northeast to shoot the video: ‘The barns next to my grandmother’s house, the lake we grew up on, the old blacksmith shop where my family gathers to sing Hymns on Sunday nights in the summer. This feels like the most honest video I’ve made,’ he said. ‘It’s just me, walking through the places that made me who I am.’ The title of the EP refers to ‘both a place and a timeframe,’ said Josh. ‘Summerland’ is ‘a real and physical destination but also a more abstract window of time and season of feelings. In my mind it’s a small-town carnival – you go to escape and be happy but if you start to look closer you can see all the grit and pain. ‘Summerland’ is optimism just barely holding off a breakdown.’

John-Robert & Kathleen – ‘Adeline’: A soulful and emotive duo ballad with guitar, strings, and the sweet harmonies between John-Robert and Kathleen. In the Spencer Ford-directed video the romance and battle are underwater but the melody stays intact thanks to Kathleen’s superb voice. ‘When John-Robert and Ricky asked me to be a part of the song, I was already a fan,’ Kathleen said. ‘In thinking of my own role in the story of ‘Adeline,’ I definitely related to that idea that it brings forth—that love can exist in many forms, and just because it’s over or not mutual in the way you might’ve originally hoped – doesn’t have to mean you stop caring for them. You can still love that person, you both can still love each other regardless of the shape that it takes.’

Madison Beer – ‘Baby’: A very sexy pop track with a touch of Latin flair and an even sexier video that will not leave any man indifferent. ‘I can turn you on / Why are your clothes still on?’ sings Madison Beer whose debut album, ‘Life Support,’ a strong personal and artistic statement, is slated for release later this year. ‘Coming out of a dark time mentally I inevitably had to build my confidence back up,’ said Madison. ‘’Writing ‘Baby’ made me feel in control of myself and my body again in the best way. When I wrote ‘Baby’ I was not only reminding myself that I can have what I deserve but also warning the next person that comes into my life that being with me is conditional. ‘If you wanna be my baby’ then know I’m going to be loud, quiet, wild, sexy, shy, high, low. I’m not going to apologize for who I am or shrink myself down anymore so if you can’t deal, then keep walking. I am regaining my confidence and this song truly makes me feel powerful and I hope it supplies anyone who might need a boost of confidence the same thing.’

CHASER – ‘Look Alive’: A multi-harmonic punk song delivered with Mike LeDonne’s ferocious howl and plenty of determination and confidence. The track is a return to the basics of melodic punk and will appear on California skatepunk Chaser’s upcoming ‘Look Alive’ 7″/EP out on September 4. The band has released a video for this single and will donate 100% of the band’s proceeds from record sales to 4 organizations, one for each color variant.