Press Releases From August 2020. Here Are The Artists 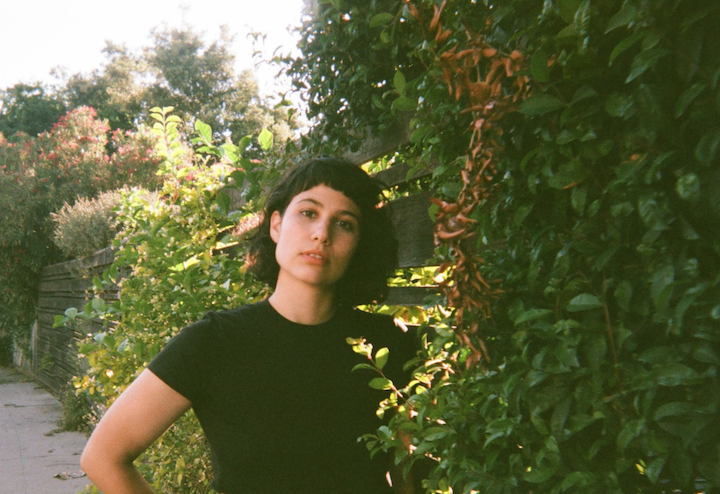 Lisel among the press releases from August

Plenty of summer pop songs for these press releases from August

Joshua Speers – ‘Get What You Need’: A melancholic but determined voice above guitar riffs, keys, and sparse steady drums until you reach the uplift chorus. The song has been described as a soul-searching project but it’s also a lonely midnight bike ride in the video, which gives even more atmosphere to the song. This is part of Speers’ upcoming EP Summerland, due out September 18 via Warner Records, and the song is said to be inspired by a Tarot-obsessed ex and the readings she did for him. ‘She would always pull cards for herself that apparently confirmed she was a gift from the gods sent here to walk among us mere mortals. Each card she pulled for me seemed to say that I would amount to nothing in this or any lifetime so I started to feel like every deck of Tarot cards was stacked against me,’ explains Speers. The song, ‘is about dogma and holding onto any belief so tightly that you leave no room for questions or doubt. It’s a song about people finding what they need to hear to feel better.’

Arashi – ‘In The Summer’: A J-pop song by a famous boy band with all the predictable summery poppy vibes, pretty sunsets on the beach, and auto-tuned harmonies you are wishing for. That said Arashi is Japan’s biggest J-pop band and the four young men have already sold over 41 million records and performed for 14 million people during the duration of their career. They have had 53 #1 singles in Japan, and with this new song, produced by Rami (Lady Gaga, Ariana Grande, Selena Gomez), they are ready to take on the U.S. audience, actively working their single in America for the first time in their two-decade-long career. Check the video here and brace yourself.

Amir Obe – ‘Shadow’: a dramatic and dark track with a strong cinematic flair and an exotic feeling. It’s actually so dramatic the song could be the soundtrack for some epic widescreen production. The song doesn’t even need a video. Amir Obè was called a ‘force’ by Complex and his 2017 Def Jam debut EP, ‘None Of The Clocks Work,’ including ‘Wish You Well’ was sonically rich, awash with dark synths and thunder­ous drums, brimming with vulnerability and emotional sincerity.

Dead Swells – ‘Always Thinking ‘Bout It’: A summer-soaked hazy psychedelic track, moving into shades of Mc Demarco meets the Flaming Lips, with swirling keyboards, a retro-electro vibe, and funny noises. This is the second single from Dead Swells’upcoming self-titled debut album, due out August 7th via Artist Formula Record Group. Paul Nedorestek is asking himself questions about past relationships, while the chorus is echoing ‘it’s never over,’ Even if a failed relationship is finished, it never really feels over. While it’s easy to get pulled back into past problems, ‘you have to move on and tell yourself to get on with your life and not look back,’ answers Nedorestek. ‘I feel like I’m just now waking up into a more confident me,’ he says. ‘In the end, at least it’s the most honest me that’s being put through the speakers and not someone else’s take on what it should sound like.’

Lisel – ‘Night and Day’: A sweet sound for a pop song showcasing Eliza Bagg’s high-octave vocals and a catchy chorus. It’s an interesting discovery and an intricate track perfectly executed with subtle undertones where her voice becomes almost hypnotic in the kitchen (watch the video). Last year, her self-produced solo debut, ‘Angels on the Slope,’ via Luminelle, had already earned praise from the likes of NPR Music, Pitchfork, Billboard, The Fader, and this song, from a new double-single, was made in collaboration with Jarvis Taveniere of Woods and Purple Mountains. ‘’Night & Day’ is a song about impermanence and change,’ said Lisel, ‘specifically emotional change — that the things that infatuate, fulfill, haunt, and obsess your heart and mind in one part of your life can over time become simply incidental, afterthoughts.’ Meanwhile, the video ‘embraces the limited resources and occasionally ensuing absurdity of life in quarantine.’

Sir Chloe – ‘July’: A melancholic ode to a weird summer, with Dana Foote’s bright but somewhat morose vocals and the pop-rock guitars and drums of Palmer Foote and Austin Holmes. The band, which claims to have developed a sound as much inspired by The Pixies as Stravinsky, is releasing this new single from their first release via Terrible Records. ‘I enjoy the philosophy of turning pain into strength and a positive, proactive call to action,’ explains Foote who tells us in this song about the end of a jagged love affair between Foote and a noxious part of herself. ‘You’re prettier than anything I’ve seen in my whole life,’ she sings, before confessing, ‘I’d be foolish if I trusted you with everything you’ve done.’

Kat Hamilton –‘Medecine Line: A heartfelt slow-burn pop song with grating guitar and luminous synth behind Hamilton’s bright voice. The song gains momentum into a more bombast and triumphant way while Hamilton’s vocals soar. This song, as well as ‘Amnesia’, comes from her debut album, ‘Recovery Songs,’ due out October 30, which narrates resilience and depicts real-life experiences of her struggle with addiction and overcoming trauma. ‘The music was inspired by being knocked down and getting back up.,’ she explains ‘Going to the darkest places in yourself and in life and managing to make it through. I went through hell and found a way to be okay, but I like to think that this work can resonate with people who aren’t in the recovery process. Anyone who’s ever struggled could relate to this music.’

Fredo Bang –‘Monsters’: A R&B-rap song described as Fredo Bang’s nastiest effort to date, or I would say a glimpse in the life of a rapper? It’s hard-reality life-in-the-streets storytelling for a new single delivered with a video via Def Jam Recordings. ’’Monsters’ is a record about people who hide their true nature and intentions,’ says Fredo. ‘In life, you come across many different monsters… from being in this business to the average person you meet. With everything happening around justice and equality, it’s my way of letting people know to be careful of who you trust.’

Tallbird – ‘Battery’: a fuzzy busy upbeat tune from the Brooklyn-based indie-pop duo Tallbird. The very buoyant track is at times effervescent, playful even childish, and is built around a collage of horn samples and lo-fi drum loops. This is a new single from their new album, ‘Lost Pet Poster Template,’ due out September 25. Their eclectic sound has been described as the equivalent an immersive scrapbook while the pair’s influence is equally attributable to bright indie rock (early REM, The Cure, and Alvvays) and sample-based hip-hop (Madlib, RZA, DJ Shadow).

Manu Grace – ‘Two Weeks’: A nonchalant laid-back electro-pop sang with saccharine vocals and clicking sounds through a watery screen and a distance accentuated by the lo-fi VHS-quality video. The sensible track exults a sort of freedom and builds a dreamy groove, while the video, filmed while in shutdown with her family in South Africa, encapsulates the flavors of a fun-yet-fleeting summer. ‘I filmed myself in the spaces that have played such a crucial role in keeping my head-on in this bizarre time,’ she says. ‘I wanted to just keep it simple and natural, using only what I had immediately at hand – and, to be perfectly honest, I set myself the challenge simply to see if I could pull it off.’ This is a single from Manu Grace’s upcoming and sophomore EP ‘No Room for Error,’ available October 16 via Platoon.