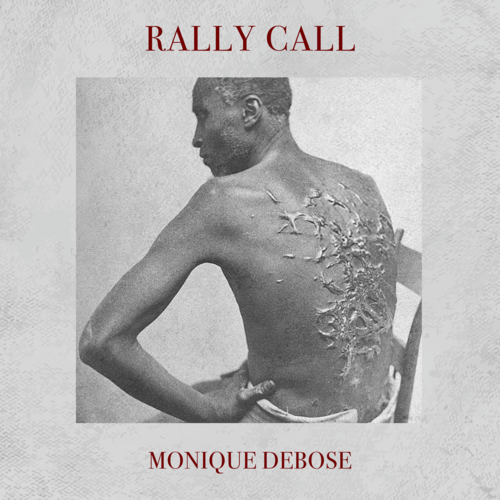 Monique Debose among these press releases from August

Another eclectic collection of music, from Icelandic rock to Black anthems among these press releases from August.

Var – ‘Run’: If like me you think Icelandic music can be summed up with Björk and Sigur Rós, this song will feel unusually warm, poppy and upbeat. Icelandic band Var, described as emotional post-rock, has released a video for their anthemic song, ‘Run,’ a standout track from their critically-acclaimed album ‘The Never-Ending Year,’ which blends dreamy vocals with guitar fuzz and energizing drums. It’s both ethereal, melancholic while aiming at the epic with triumphant instrumentation, while the video simply shows the band playing the song in the isolation of their homes.

Tallbird – ‘Growing Up’: Sweet distorted vocal samples over an odd carnival of electro-pop collage of sounds, drum loops, and dance beats so joyful you get the impression to be in the middle of a crowd of happy kids. The colorful song is the work of Tallbird, a duo consisting of Erica Marchetta-Wood and Danny Sullivan and despite the upbeat appeal, they explain this about the song: ‘Growing Up’ is a song about losing someone you love and missing them while also appreciating how much of an impact they had on your life. The chorus starts with the line ‘growing up without you’, and the ‘without you’ part is sad, but ‘growing up’ is hopeful – you’ll keep getting stronger and braver and wiser, in part because of what you learned from this person.’

Haiku Hands – Fashion Model Art (Feat. SOFI TUKKER): A banger disco dancefloor with high energy, an House/EDM vibe, plenty of spoken words delivered with a hip hop feel and the cold swagger of fashion models. The video, directed by Jasmin Tarasin, is a very artsy dance number with hot bodies, which will make you miss live performances in the middle of this pandemic. This is both retro and modern and the work of Haiku Hands, an Australian dance-pop group that has announced their highly anticipated, self-titled debut album, out September 10th on Mad Decent. Haiku Hands had this to say about the track: ’The chorus of ‘Fashion Model Art’ was created on the train coming home from the Sydney Biennale. It was the moment we swapped from being our composed observant art critiques to our boisterous playful selves. We ended up having half the carriage chanting fashion fashion, model model, art art art art on the train.’

Porter Robinson – ‘Mirror’: A heavy-layered electro-pop song with an eerie side and distorted high-pitched vocals turning into glittering euphoria. ”Mirror’ is a song about the costs of being hard on yourself,’ Robinson says. ‘We all have these avatars that we give to our critical inner voices – we might imagine a scornful parent telling us we’ll fail, or a critic telling us our work comes up short, or a society telling us that we aren’t good enough – it’s about recognizing that most of this criticism is self-inflicted. For years, I was imagining the worst thing a critic might say about my music and looking at my own work as negatively as possible as a way to protect myself from criticism, but it never once served me. My hope is that other people can overcome this same kind of shame – it can be really liberating to recognize that most of the time, we’re only letting our own thoughts get in the way, and we can do something about it.’ The new track is from his forthcoming second album, ‘Nurture.’

Black Pistol Fire – ‘Hope in Hell’: A bluesy, slow-burning, bruising powerhouse delivered with style, bluesy guitars, finger clap, and dominated by Kevin McKeown’s strong soulful vocals. This is a new song from the Canadian-bred, Austin-based rock duo, who has finished a new album with co-producer and engineer Jacob Sciba (Gary Clark Jr, Gov’t Mule, Warren Haynes) and mixer Vance Powell (White Stripes, Raconteurs, Chris Stapleton). The new work is described as ‘a mix of their untamed signature sound–melding classic southern rock and garage punk.’ ‘I was wrestling with a lot of things in my life when I was writing the song and the words,’ says McKeown of his intense, all-or-nothing vocal and lyrics on ’Hope In Hell.’ ’Part of it is about the internal battle everyone experiences, and then another part is about that struggle you go through as a band because Eric and I have learned over the years that you have to give up a lot in order to gain a lot. It takes a lot of inspiration and drive if you want to do this.’

Rence – ‘STRAWBERRY BLONDE’: A languid sweet tune with lazy afternoon beats that cannot be labeled with any specific genre. This is the latest single by singer, songwriter, and producer Rence released via Epic Records. About the track, Rence commented: ‘Taken at face value the lyrics of ‘Strawberry Blonde’ tell a story about someone worried about everything – their past, the future, everything – their unsureness is taking a toll on the relationship, and signals aren’t clear. To me, it’s the secondary meaning that really rings true. As I sat with the song for a while, I realized that I was talking about myself thinking things too much. I assumed we’re free of blame and worry, when really we’re the ones freaking out.’ As you can see, the video is also taking the lyrics at face value.

AG Club – ‘Memphis’: An interesting Avant-Garde hip hop collaboration featuring NLE Choppa and A$AP Ferg from AG Club’s upcoming album ‘FYE (F**K Your Expectations,’ out later this year. The Bay Area crew made this chill eclectic collage of music and had no idea it would be so successful, but the track ended up on Spotify’s Viral 50 chart, racking up several million plays. ‘We had to get Choppa on the remix. When he said he wanted to, we went CRAZY!’ AG Club says. ‘Then Ferg heard the song and wanted to jump on it. Like wtf! AG Club, NLE Choppa, A$AP Ferg. That’s manieeee.’ NLE Choppa is a 17-year-old Memphis-born rapper whose major-label debut album ‘Top Shotta’ was released to critical acclaim earlier this month, while Harlem-born rapper A$AP Ferg recently collaborated with Lil Wayne and Jay Gwuapo on his latest single ’No Ceilings‘ and Nicki Minaj and MadeinTYO on the hit song ‘Move Ya Hips.’

Monique DeBose – ‘Rally Call’: A song for our times, a call for liberation, an anthem for the disenfranchised and a powerful new single by artist and activist Monique DeBose. The song is a call to action for the oppressed and those who have endured racism – The chorus calls out to ‘get rid of those papers,’ a reference to a time in history when black people were unable to go out in public on their own without papers that demonstrated who they ‘belonged’ to. The video shows plenty of footage from the ‘50s and ‘60s to the recent Black Lives Matter protests, while Monique’s performance footage was shot during the height of the George Floyd protests at the Great Wall of Crenshaw, a Los Angeles landmark depicting pivotal figures from African American history. She explains: ‘I see this song as medicine, plain and simple, The message is the truth, the music makes it palatable. Share this video with the world so that we don’t slip back into complacency. Let this song be the reminder that you need to keep speaking out and standing for what serves us all.’

TWRP –‘Only the Best’: A sound so retro sound that the song will make you believe you are listening to some ‘80s easy listening rock station. The tune has indeed sparkly synthesizers, blazing guitar solos, but the distortion of the vocals will bring you back in 2020. This is the Canadian band’s latest single, and a thank you letter addressed not only to TWRP’s moms but to all the moms of the world. It comes from their forthcoming album ‘Over the Top,’ out September 25th. The album promises to deliver an exaggerated rendering of their wide-ranging influences, while not taking itself too seriously, using rich vintage synthesizers, shred guitar, and driving disco rhythms mixed with an attitude of playfulness.

Lonr. – ‘The End’: Two-times-Grammy-Award-winning artist, Lonr., has demonstrated a singular, and vibrant vision. He has unleashed a special expanded edition of his acclaimed debut EP ‘Land Of Nothing Real,’ with the addition of the anticipated fan-favorite track ‘The End.’ Watch the video of his very personal and emotional R&B flow over jazzy bass lines and cinematic production, he surely has charisma.