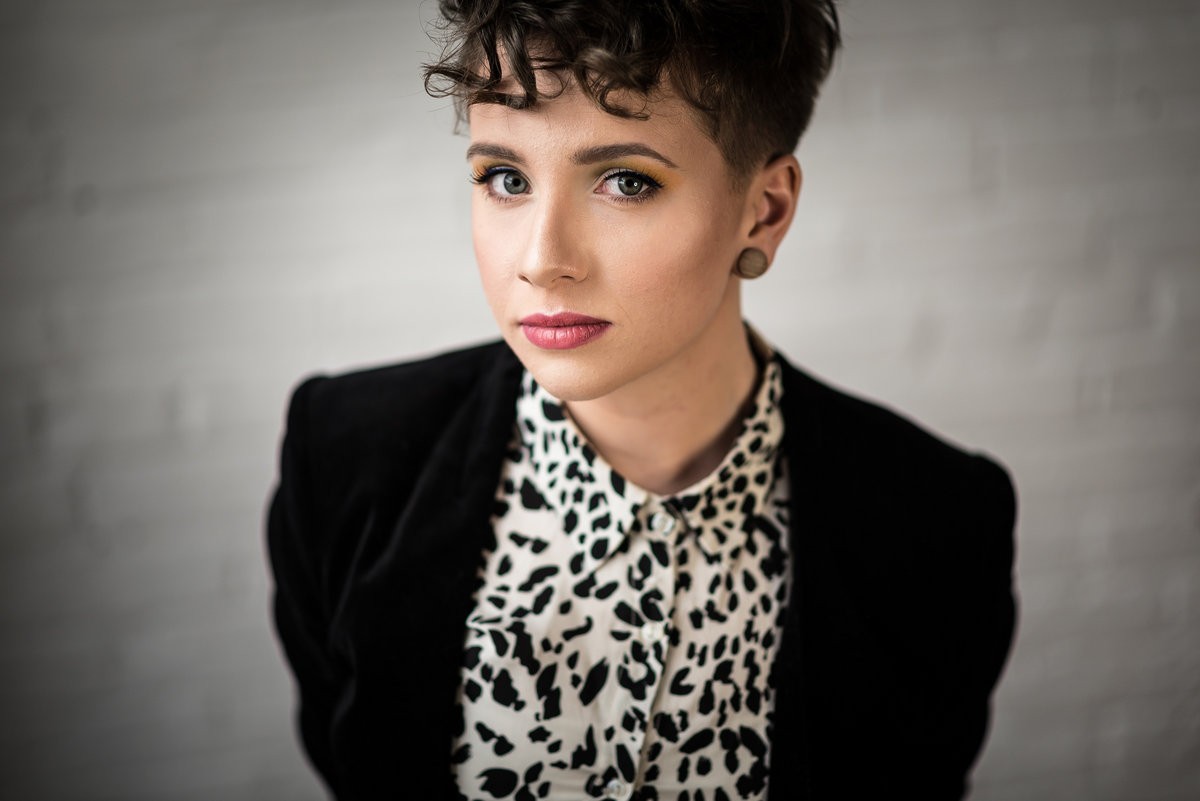 Evangeline Gentle among these press releases from August.

The aching beauty of Evangeline Gentle’s voice, a new track from veteran Bruce Hornsby, and a new song from Sufjan Stevens’ upcoming album among these press releases from August.

Philmon Lee – ‘Memories’: A commending soulful croon with guitar picking and strong R&B-gospel vibes, the music shines, and Lee’s vocals soar with fire and passion. With an Instagram bio that reads ‘Southern man changing the world through song,’ Philmon Lee drew inspiration from Elvis Presley, Lynyrd Skynyrd, Post Malone, Lewis Capaldi, Sam Smith, Elton John, and Steven Tyler, just to name a few, and got a record deal with Epic Records, blending an old soul with modern influences. The video, directed by Meg Gamez, brings vignettes from Philmon’s real past, family life easily to relate to. ‘Making this song was a very difficult process for me because this song is a lot about how I was raised. I’m opening up to everyone about my past,’ says Lee.

LAUREL – ‘Scream Drive Faster’: a retro dance beat and a sunny landscape for a window-down drive along the coast. This synth-electro pop song is the new single by British vocalist, songwriter, and producer LAUREL she released via Communion Records, this is also her first new music since her 2018 debut LP ‘Dogviolet.’ ‘I really loved the songs on Dogviolet, but they were very heavy,’ she explains. ‘At one point in my life I was in a pretty dark place and it was really comforting to sing about it, but it was hard to revisit those emotions every night.’ This new one is much happier and corresponds to a move from London to America and having found people there she trusts and admires to work alongside, a newfound artistic process that’s open to collaboration. She wrote and produced ‘Scream Drive Faster’ with Chrome Sparks. Watch the video here.

Cold Years – ‘Life With A View’: A high energy angry punk song with propelling drums, raw vocals shouted with tense veins in the neck and plenty of passion in the choruses. This is the new single by Scottish quartet Cold Years, who has already been compared to Springsteen, Gaslight Anthem and Dave Hause, and who is about to release a debut album ‘Paradise’ on 4th September. ‘There’s an ongoing narrative about how fucked everything is at the moment,’ says frontman Ross Gordon ‘It links everything, really, not just purely politics: It’s linked to the economy, to drugs and alcohol, and what our generation is going through right now. You work hard in school, you train for your career and you try to succeed at it, but the reality is that none of it really fucking matters. It’s a record that’s angry because, as a generation, we feel like we’ve been sold short.’ You can also stream the song on YouTube HERE with the band having fun on a beach, despite the post-Trump and post-Brexit delusion of this generation.

Bruce Hornsby – ‘Anything Can Happen’: This is the new song from the award-winning pianist, singer and songwriter Bruce Hornsby, co-written with Leon Russell who appears on the song thanks to a demo that he and Hornsby recorded together more than 25 years ago. The jazzy, multi-layered, key-driven song is an ‘80s-inspired languid ballad with a powerful chorus, strong bass lines, strings, and a touch of dissonance. ‘I was able to get Leon Russell a record deal with Virgin in 1990, and we made a record called ‘Anything Can Happen.’ I always felt that the title song wasn’t produced as well as it could have been (I’ll take the blame), and always wanted to re-cut it. Leon asked me to ‘write me a Barry White track,’ which is how the song started. His vocal from the original demo ghosts mine for a lot of the song, and then he emerges at the end to join me in harmony. My time with Leon was extremely memorable and deserves its own article; too much amazing and funny, classic stuff,’ writes Hornsby. ‘Anything Can Happen’ appears on his new album, ‘Non-Secure Connection,’ released on August 14. Even though it was predominantly produced by Hornsby, the 10-track album includes added production from Justin Vernon (Bon Iver), Brad Cook (Sharon Van Etten, Hiss Golden Messenger),  Wayne Pooley (Bon Iver, Jack DeJohnette) and Tony Berg (Phoebe Bridgers, Andrew Bird, Aimee Mann), who Hornsby credits as the album’s ‘aesthetician and ombudsman.

Sufjan Stevens – ‘Video Game’: A real dancefloor for Stevens’ dreamy vocals floating over an electronica-synth disco and an obvious nod to Depeche Mode’s ‘Personal Jesus’ in the lyrics. The song is from his forthcoming eighth studio album ‘The Ascension,’ set for release September 25 on Asthmatic Kitty Records, and comes with a new video, directed by Nicole Ginelli, choreographed by Jalaiah Harmon, who is the teenage creator of the massively viral ‘Renegade’ dance. ‘It’s unfortunate that we live in a society where the value of people is quantified by likes, followers, listeners and views,’ says Sufjan. ’So many people are seeking attention for the wrong reasons. I think we should all be doing our best work without looking for accolades or seeking reward.’ ‘The main takeaway of ‘Video Game’ for me is: your worth (invaluable) should never be based on other people’s approval (ephemeral).  Just be yourself.  Keep it real. Keep it moving. Do all things with absolute purity, love and joy. And always do your best.’ ‘Jalaiah epitomizes all of this and I’m truly inspired by her. So I thought, ‘what if we could get Jalaiah to star in a ’dance video’ about not wanting to star in a ’dance video?’’  I’m so honored she agreed. She clearly owns it, and her work here is beautiful, poignant and true.’ ‘Her dance shows incredible energy, work-ethic and spirit. She is dancing for herself, not anyone else. Her choreography is sophisticated, nuanced, and fun. She is a star. She keeps it real. She keeps it moving. She keeps it true. What a blessing!’

Lizzy McAlpine – ‘Give Me A Minute’: Emerging singer-songwriter Lizzy McAlpine from Philadelphia sings with an intimate voice, which often has an Eilish-like humming whisper quality. This titled track of her debut album is a slow lullaby, that exults loneliness, a folk-pop chronicle of one romantic relationship ending and another beginning. After spending a year on ‘Give Me a Minute,’ which she co-produced with fellow Berklee classmate Philip Etherington, McAlpine already has the early stages of a follow-up project in mind. ‘This album one is like a snapshot of where I was at that time,’ she says. ‘The next project could be completely different. Honestly, it depends on where I’m at and what I’m going through.’

Evangeline Gentle –  ‘So It Goes’: Gentle’s superb vibrato turns this song into a romantic nostalgic summer with an aching feeling and a catchy chorus ‘Do you think of me when Springsteen is on the radio.’ The Scottish-Canadian singer-songwriter is set to release a debut album, ‘Evangeline Gentle,’ next Friday, August 21 via Sonic Unyon. ‘This is a love song for my final teen years,’ says Gentle of ‘So It Goes.’ ‘It’s a memory of how ‘bold and burning’ teen experiences of life are, and how easily songs can transport us back through time to those days.’ The song comes with a calming lyric video that lets you appreciate Gentle’s great voice. In celebration of the release of the album, Gentle will play a special live concert with their band on Saturday, September 5 streaming globally from Mills Hardware in Hamilton, Ontario at 6pm Eastern. The show will reunite Gentle with drummer Matt Greco, bassist Derek Bell and guitarist Nick Ferrio as they debut new material alongside tracks from the record. Tickets to the digital performance can be reserved HERE.

LANY – ‘you!’ : Eerie landscape with an anthemic quality, bold guitar riffs, and a touch of country, their made-to-inspire vocals are turning the song into a sort of worship-god-and-the-sun bombast. The track comes from ‘mama’s boy,’ the third album from the Los Angeles-based trio and an intentional return to their Great Plain roots, ‘mama’s boy’ is a sweeping tribute to home, heritage and Americana filled with songs that highlight what’s ‘symbolic of being an American kid’ today. The album will be out October 2 on Interscope Records. ‘Man, I’m from Oklahoma!’ explains Paul, the band’s primary songwriter, lyricist and producer who was born and raised in Oklahoma before moving with the band to L.A. ‘It was a weird sense of pride, to be from the middle of nowhere,’ says he says of the realization that he needed to look to the country’s heartland for this album’s inspiration.’ Watch the video here.

Billy Lemos – ‘Different World’: A glitchy electronica which becomes a buoyant beat machine and progressively builds an experimental track song with a childish quality. This is a track from Chicago-based producer/artist Billy Lemos’ debut album ‘Wonder’ set for release on September 25 via AWOL. Lemos explains: ‘I remember I went over to Danny’s [Dwyer] apartment in 2019 and was just flipping through some of his demos until I heard the beginnings of this. I took what he already had and tried to flip it in a more electronic, IDM-esque direction. Danny’s bright vocal melodies on this are some of my favorite on my upcoming project and perfectly suit the beats overblown bassline.’‘Wonder is the result of over two years of constant curation and production towards one cohesive project. I wanted to create something that had zero filler; a collection of songs that densely packed ideas spanning multiple genres and styles. Working on the album has been a far more rewarding process than just pushing out single after single. Despite the constant pressure against traditional albums from the industry and move toward playlist-ready releases, making this album was exactly what I needed. This album would be nothing without the contributions of every artist involved,’ notes Lemos.

Melvoni- City Rolling’: The very young rapper from Brooklyn is setting the city’s rap scene ablaze with his high-octane anthems. ‘City Rolling,’ a new song and video, features YSN Flow, and continues his campaign #MAF (Melvoni Approved Fridays) while expanding Melvoni’s songwriting and rapping abilities. On ‘City Rolling,’ Melvoni ‘reprises his role as the well-intentioned soul of mischief, waxing poetic with YSN Flow about the fast life they’ve adopted as they chase their dreams. Following YSN Flow’s verse, Melvoni jumps headfirst singing and disallowing even the most casual listener from turning away from his melodic brilliance. The music video is an engaging snapshot of a day in the life, as Melvoni and his crew traverse empty alleyways, basketball courts and gas stations, merely looking for a spot to post up and be themselves.’