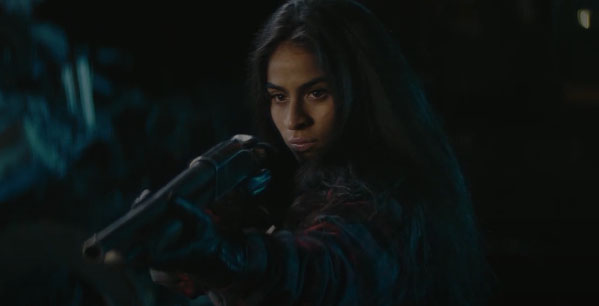 Jesse Reyes: among the press releases from April

More press releases from April, and among them a heartbreaking revenge song from Jessie Reyez, a new track from the Pet Shop Boys.

Avawaves – ‘Wild Eyed’: A gorgeous piano and string ballad with an evocative and cinematic melody by British duo AVAWAVES (formerly known as AVA). The instrumental track goes into very emotive parts even cathartic, thanks to the intricate interplay between violin and piano by the classically-trained pair. Anna Phoebe is an accomplished and acclaimed violinist and composer while Aisling Brouwer is an ambient classical composer, producer, and pianist who specializes in writing music for visuals. AVAWAVES have a debut album ‘Waves’ via One Little Indian (Björk, Poppy Ackroyd) and have released two music videos for their lead singles in advance of the US release: ‘In Motion’ (HERE) and ‘Resistance’ (HERE).

Pet Shop Boys –  ‘I Don’t Wanna’: A retro disco track for the introverts (‘I don’t wanna go out’), with the familiar voices of the famous duo, which obviously works as a sort of flashback to a few decades back: You would swear this was written in the mid-’80s. The single is from the duo’s critically acclaimed LP ‘Hotspot’, out now via x2 Records/Kobalt.

Beau Young – ‘Why You Mad?’: A flowing urban hip hop by Beau Young Prince, who has self-described himself as a ‘Southside kid with a North Side education’. His delivery floats over a cool atmosphere of icy synth and fluid beats and with the ability to combine both worlds (South and North) he had already grabbed over a million streams with ‘Half & Half Tea’ in 2016. Watch the video for this new single here.

Jessie Reyez – ‘SAME SIDE’: A heartbreaking love song with unexpected sonic detours sung with Jessie’s emotional and sweet voice. ‘You’re such an asshole, but I see a prince / And I’m a good girl, but you see a bitch / I wanna make love, you wanna burn a bridge’… the tone of the song is film noir heavy, a vivid and cathartic revenge anthem, like the perfect video that was released with the song. This is a track from the Colombian Canadian singer-songwriter’s debut album ‘Before Love Came To Kill Us’ out now via FMLY / Island.

India Shawn –  ‘Not Too Deep (featuring 6LACK): A soulful psychedelia-infused R&B song with dreamy vocals and lush harmonies and a hip hop interlude by 6LACK who meets India midway. This is a song that drew nearly a million streams within a week. Once again, it comes with a sexy and shiny video directed by Charleene Al-chamaa and animated by Robin Eisenger (HERE).

Giveon – ‘The Beach’: A classic R&B style served by powerful and piercing vocals with a great range, from highs to baritone. The video (HERE) shows Giveon in his native Long Beach as ‘THE BEACH’ is a sultry ode to his hometown. ‘Anyone from Long Beach recognizes that Poly is responsible for many NBA players, NFL players, and Entertainers; Most notable being Snoop Dogg,’ says GIVEON about the historical centerpiece of the new video. After stealing the show on Drake’s surprise release ‘Chicago Freestyle’ earlier this year, he released his ‘Take Time’ EP, featuring this song.

Twst – ‘Girl On Your TV’: Vulnerable vocals dominate this song coming from Twst, described as ‘St. Vincent reborn as an internet-spawned pop star,’ or could it be Kate Bush? After the strip down debut, the song blooms and swells into a full pop tune, while offering some weirdness here and there. This hasn’t been unnoticed as twst has been receiving great support, with plays on Annie Mac’s Radio 1, Iggy Pop’s Music 6 and Zane Lowe’s Beats 1. The futuristic London-based starlet will release her debut EP TWST0001 on May 15th

Wyldlife – ‘Kiss and Tell’: With catchy riffs, an explosive blend of ’70s punk, glam and power pop, the song is high energy and a lot of fun as the video coming with it. ‘We shot this without any permits and were constantly looking over our shoulders for cops/cyclists/joggers who would be like, ‘What the fuck?’ I mean, we had toy guns but they look pretty realistic,’ said frontman Dave Feldman

FRND CRCL – “Deception’: A driving and angry song with very dense guitars and a stuffy ambiance. The song stays intense and rather dark till the end and comes off the band’s upcoming sophomore album ‘Internet Noise’, which drops on May 1st.

Foreign/National – ‘Diamond Mine’: A psychedelic track from the Melbourne band, packed with polyrhythmic grooves, auxiliary percussion, and exotic guitar lines. ‘This is the first release where we’ve had a firm creative direction from the beginning,’ says band member Tom Stephenson (vox/guitar). ‘When writing it, we were all listening to a lot of afrobeat and Ethio-jazz and were keen to inject elements from those genres into our somewhat traditional pop sound,’  says frontman Mark Gage (vox, guitar, synth, keys). This new single will be featured on their second LP ‘The Garden’ to be released on May 29th.