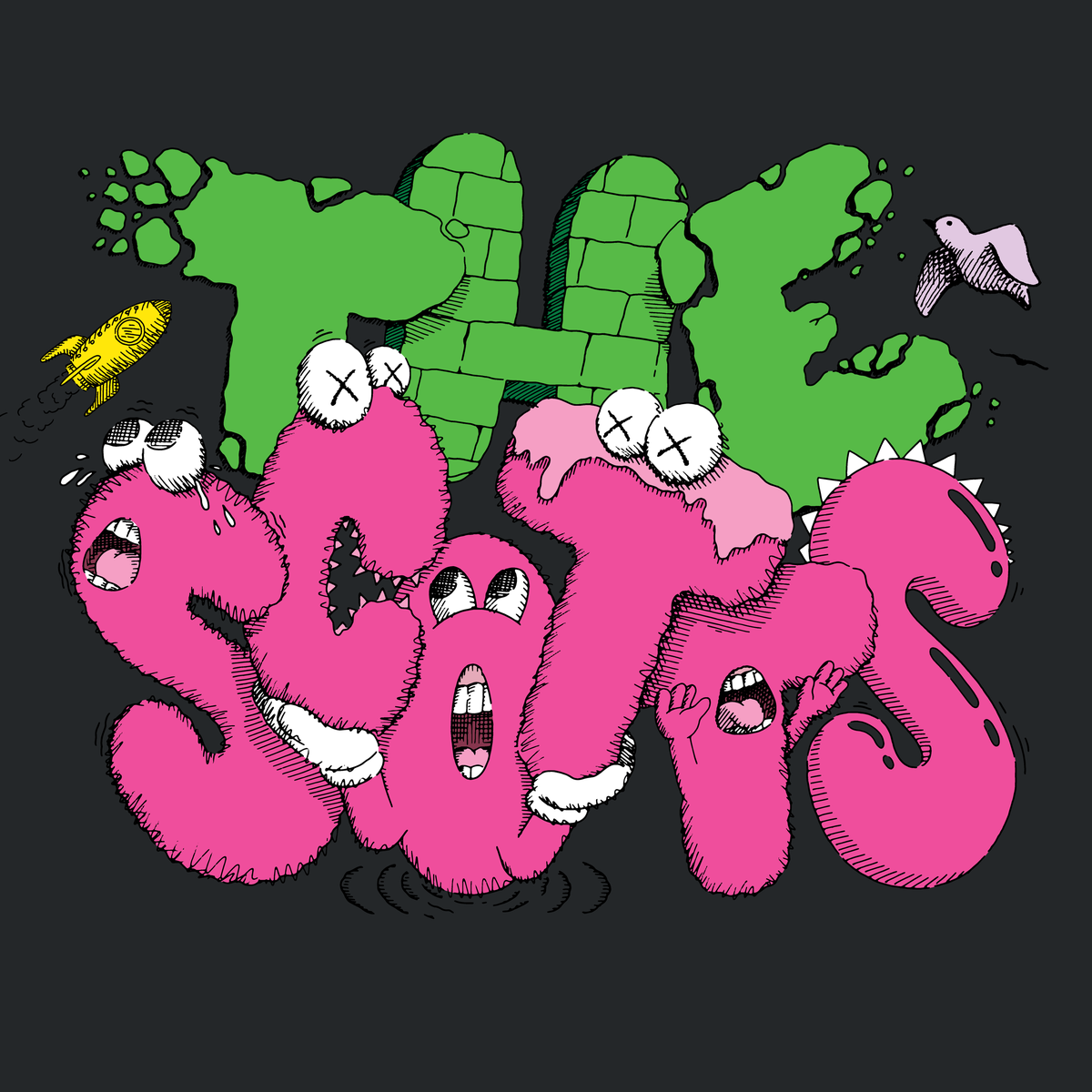 The Scotts: Among the press releases from April

More press releases from April with 2 tracks with Diplo, a new one from Car Seat Headrest and a collaboration between Travis Scott and Kid Cuti.

Sorry Ghost – ‘Bumper Cars’: A driving pop-punk song with a big chorus while you can feel a certain eccentricity piercing through the top-of-the-lungs melodies and the energetic delivery. The song is from the debut album ‘The Morning After’ of this Baton Rouge trio, which is said to ‘encompass a myriad of emotions that will be sure to both tug at your heartstrings and leave you humming melodies all day long.’

Tatiana Hazel – ‘Don’t Care’: a seductive synth-pop ballad with Hazel’s sexy vocals warmly curling up during the chorus of the song, that transforms into a languid and sweet dancefloor. The track, that she produced, engineered, mixed and mastered, comes a forthcoming EP via Downtown Records, and since the new songstress has a lot of talent, she is also a multi-instrumentalist, producer and fashion designer.

Major Lazer – ‘Lay Your Head On Me’: Major Lazer, the global dance trio consisting of Diplo, Walshy Fire and Ape Drums produced this heartfelt track featuring Marcus Mumford, which transforms into a catchy and light electro-beat dance scene. For the video (here), director Filip Nilsson curated a cast of artists from around the world to contribute through movement and music with the help of renowned choreographer Ryan Heffington (LSD, Sia, Florence & The Machine, FKA Twigs, Christine & The Queens). Using 177 clips from 28 countries, this global collaboration conveys a celebration of humanity fitting for these tough times and last week’s celebration of Earth Day.

BLENDA – ‘Options’: a trip-hop pop tune with a fun vibe by a newcomer not decided to settle down. You can perceive the exotic roots of this Swedish-Congolese artist who experiments with synthetic harmonies and melodies from Congo mixed up with a progressive touch of Pop, R&B, and tribe. She has released a video for the song that you can watch here

Lamb of God – ‘New Colossal Hate’: A powerful and furious heavy metal song with beast vocals and guitars at full velocity. This is another track from the band’s forthcoming self-titled album (now due on June 19th via Epic Records) which digs into the exploitative rhetoric and persistent ‘othering’ of marginalized people that continues to divide. Guitarist Willie Adler spoke about the composition of the song: ”New Colossal Hate’ came out of our very first writing session in Maine. Mark, our producer Josh Wilbur and I were at a super cool studio in South Windham called Halo. An absolutely beautiful spot run by some of the best people I’ve ever met. I’m pretty sure ‘New Colossal Hate’ grew from a few different demos I had. You know, like parts of a car. However, as it started to take shape, it quickly became my favorite song on the record. Please enjoy this banger of a tune. It holds a very special place in my heart.’

Car Seat Headrest – ‘There Must Be More Than Blood’: It’s another song from their forthcoming album ‘Making A Door Less Open,’ out on May 1st on Matador Records. Described as a mesmeric slow burn and the album centerpiece, the noisy and adventurous song explores the fuzzy soundscape for long minutes, slowly building up with a repetitive theme before Toledo’s raucous vocals start a catchy chorus with plenty of hypnotic ideas. The album is the result of a fruitful ‘collaboration’ between Car Seat Headrest, led by Will Toledo, and 1 Trait Danger, a CSH electronic side project consisting of drummer Andrew Katz and Toledo’s alternate persona, Trait.

Diplo & SIDEPIECE – ‘On My Mind’: A pure dance house-club hit which was Tune of The Week at BBC Radio 1 last week and reached #1 at U.S. Dance Radio last month. ‘On My Mind’ was originally released via Diplo’s Higher Ground imprint, a sublabel of Mad Decent that he launched in 2019 to put out his house records and support other house artists. Diplo has also shared the trippy music video for the track and you can watch it here.

AJ Mitchell – ‘Down In Flames’: With a charismatic falsetto and emotional keys, the song soars like a pure current pop song with a hook and a sentimental flow. AJ Mitchell has also unveiled the official music that you can watch it here. ‘The idea behind Down In Flames was sparked when two of my best friends got in a really bad argument and I saw how the situation could’ve ended better if they just communicated how they actually felt,’ says AJ about the song. ‘I need to work on this too, it’s maybe something we all have to work on sometimes. So many problems can be solved if we just stop hiding how we really feel.’

The Know – ‘Someday Maybe’: The song is all fuzz and dreamy melody by an LA-based band consisting of Daniel Knowles and his wife Jennifer Farmer. There’s certainly a bit of Beach House, The Jesus and Mary Chain, and 60’s girl groups in this hazy ethereal shoegazing track, which has also received fluorescent-colored visuals in a video you can watch here. On a side note, the clip features Howard Hordoh aka ‘The LA Rocker,’ a legend in the local Los Angeles music scene, who is (was) basically present at every gig you can imagine.

The SCOTTS – ‘The Scotts, Travis Scott, Kid Cuti’: A new collaboration between Travis Scott and Kid Cudi for this single released on Cactus Jack, Epic, Wicked Awesome. The song features a weird synth/organ and a sinister delivery, and there may be a reason why the duo is called the Scotts and not the Cutis: the track sounds exactly like any other Travis Scott song. The new song debuted during Scott’s Astronomical Fortnite concert and has already entered the Spotify chart at #1 with 23 million streams and counting. It’s very probably one of the most popular press releases from April! You can watch the video here.