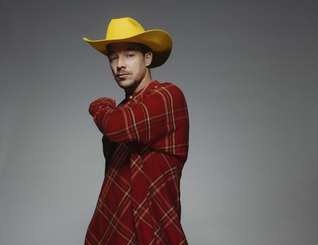 Nevaeh Jolie: ‘Too Much’: This is the acoustic version of this yearning pop tune with plenty of effects on Jolie’s voice over a simple acoustic guitar and layers of vocals. Growing up listening to Erykah Badu, Sade, and Lauryn Hill, Nevaeh Jolie started laying down solo work in her bedroom with a touch of contemporary R&B, while singing about love ‘and all its exciting, anxiety-inducing, and often sickening thrills.’ She is now preparing to release her first major-label EP, ‘Game On.’ ‘I want to take people into a game world and have everybody become a player and vibe out with me,’ she says of ‘Game On.’

Joe Wong – ‘Dreams Wash Away’: A new voice with impactful music, emotional lines, and a groovy Beatles-que chorus. ‘Dreams Wash Away,’ with its ambitious and vintage vibe, is the first single from Wong’s upcoming full-length debut album ‘Nite Creatures.’ The music is also featured in the final episode of Adventure Time creator Pendleton Ward and comedian Duncan Trussell’s new original series The Midnight Gospel,’ which lands on Netflix today.

Rock Mafia – ‘Don’t Bring Me Down’: With a playful hip hop tone, Tim James and Antonina Armato – collectively known as Rock Mafia – seem to have had a lot of fun recording this bouncy and sunny single that carries an over-optimistic message. This is the first track from their debut EP ‘Songs for the Eternal Optimist,’ out on May 22 via 12Tone Music, while the fun pair has participated in the work of many stars such as Miley Cyrus, Selena Gomez, Eminem, Zedd, and Mariah Carey. Who would not want a bit of positivity right now? ‘There is no ‘I’ in sound, we as a collective are always striving for connection. There is no better feeling than when the music means something to someone: one person, one billion, it’s all beautiful,’ says Tim James.

Golf Alpha Bravo – ‘Unwind’: A dreamy track à la Tame Impala with nonchalant but still bright vocals over a looping reverb guitar, and a melody turning somewhat bluesy. You should not be too surprised to feel the breeze of the ocean in this tune, as Golf Alpha Bravo is the adopted moniker of Australian singer and guitarist Gab Winterfield, who grew up on the coast of Sydney, Australia: ‘an eternal loop of surf, skate, Frusciante, and Hendrix.’ Just after high school, he formed Jagwar Ma as lead singer and guitarist, and his new band Golf Alpha Bravo is a power trio where Gab sings and plays guitar accompanied with bass and live drums. He has already released a handful of tracks—the very vibey ‘Unwind,’ more bouncy ‘Groove Baby Groove’ and defiant ‘Blue Wave.’

Trouble, Jeezy – ‘Medusa’: The Atlanta rapper Trouble has released this new single featuring Jeezy from his upcoming album ‘Thug Luv’ via Def Jam Recordings out on April 24th. The rap song will certainly please the amateurs of Trouble’s raw, unembellished rhymes and fierce flow. The young rapper already counts many notable collaborations, from Young Thug to Fetty Wap to Yo Gotti Lupe Fiasco’s Tetsuo & Youth and Rae Sremmurd’s SR3MM, he has also appeared on tracks with almost every major player in Atlanta rap (Gucci Mane, Waka Flocka Flame, Quavo, and more). ‘I just want to inspire,’ he says about this new chapter, ‘I don’t feel like I need to be the biggest, the top, the number one and I don’t get to be the richest,’ he adds. ‘I just feel like its so many motherfuckers who, like me, need somebody who gonna speak for them.’

Ashton Travis, Chase B – ‘Casino’: Here are more rhymes from Ashton Travis, for a much more mellow rap pop song with relaxing beats and a soulful atmospheric production. The Houston native was born to parents from Guyana and Antigua, and he is writing songs which explore the ‘complexities of relationships and the depths of his mind, from dreams to aspirations, fears and insecurities.’ ‘I want people to empathize because I feel like I’m empathizing through my music—I’m talking not just for myself,’ he says. Ashton’s debut EP is called ‘Almost There.’

Lauren Rocket – ‘Rattlesnake’: A catchy percussive pop song with strong dance vibes and Lauren’s sultry voice. ‘With Rattlesnake, I wanted to write a song about living life dangerously, doing what you want daily and enjoying your limited time here while imposing a strong belief in trying everything at least once. When I got in the studio with my co-writers Jason Bell and Jordan Miller (aka HEAVY) they totally got the vibe and concept and we kind of effortlessly weaved our way through the song. I wanted Rattlesnake to not only convey that lyrically, but I wanted it to feel alive (rattlesnakey) in a sense,’ explained Lauren about the song who has signed with Substream Records. Rocket’s label debut single is due out next month and an EP featuring a fresh collection of songs will be released this summer.

Kaash Paige –‘Frank Ocean’: A R&B nostalgic song about ‘Frank Ocean’ to honor the anniversary of Ocean’s classic ‘Thinkin Bout You.’ ‘Frank, You released ‘Thinkin Bout You’ on April 17, 2012… Today 8yrs later I’m dropping my song ‘Frank Ocean’ that was inspired by the feelings you brought to music. Thanks to you this song was made… Hope you enjoy xoxo Kaash,’ she wrote about the song which heavily relays on autotuned vocals. This is the first single from her upcoming debut album ‘Teenage Fever,’ coming soon via Def Jam Recordings.

Diplo (featuring Blanco Brown) – ‘Do Si Do’: A whistle-start for a western-theme fun song that trots like a horse. Diplo’s low whisper and the wild harmonica give a lot of character to the song which will be featured on his long-awaited country album, ‘Diplo Presents Thomas Wesley Chapter 1: Snake Oil,’ set for release May 29th on Columbia Records. The album also includes the previously released ‘Heartless‘ with Morgan Wallen (and its remix with Julia Michaels), ‘Lonely‘ with Jonas Brothers and ‘So Long‘ with Cam. In addition, Snake Oil features contributions from Thomas Rhett, Zac Brown, Young Thug, Noah Cyrus, Orville Peck and more. I had no idea Diplo was turning country but this is something in the air lately.

Mimi Webb – ‘Before I Go’:  Webb’s strong and emotional powerhouse carries the symphonic song to ambitious heights and timeless vibes. On this new heartfelt single, the 19-year-old UK singer-songwriter paints an idyllic picture of wanting to freeze time, with intensely personal lyrics. ‘It’s a song I wrote about my boyfriend who I had to leave when I left Brighton,’ she explained about the song. ‘He was lovely and charming and brilliant and I just wanted to hit the pause button and hold onto every memory we had in that very moment.’ The song was co-written by Aussie singer-songwriter Rory Adams and English songwriter-producer Digital Farm Animals. ‘People are so afraid of vulnerability and I’m like actually that’s a strong emotion to feel,’ she added, ‘I want to create that experience with all of my music.’