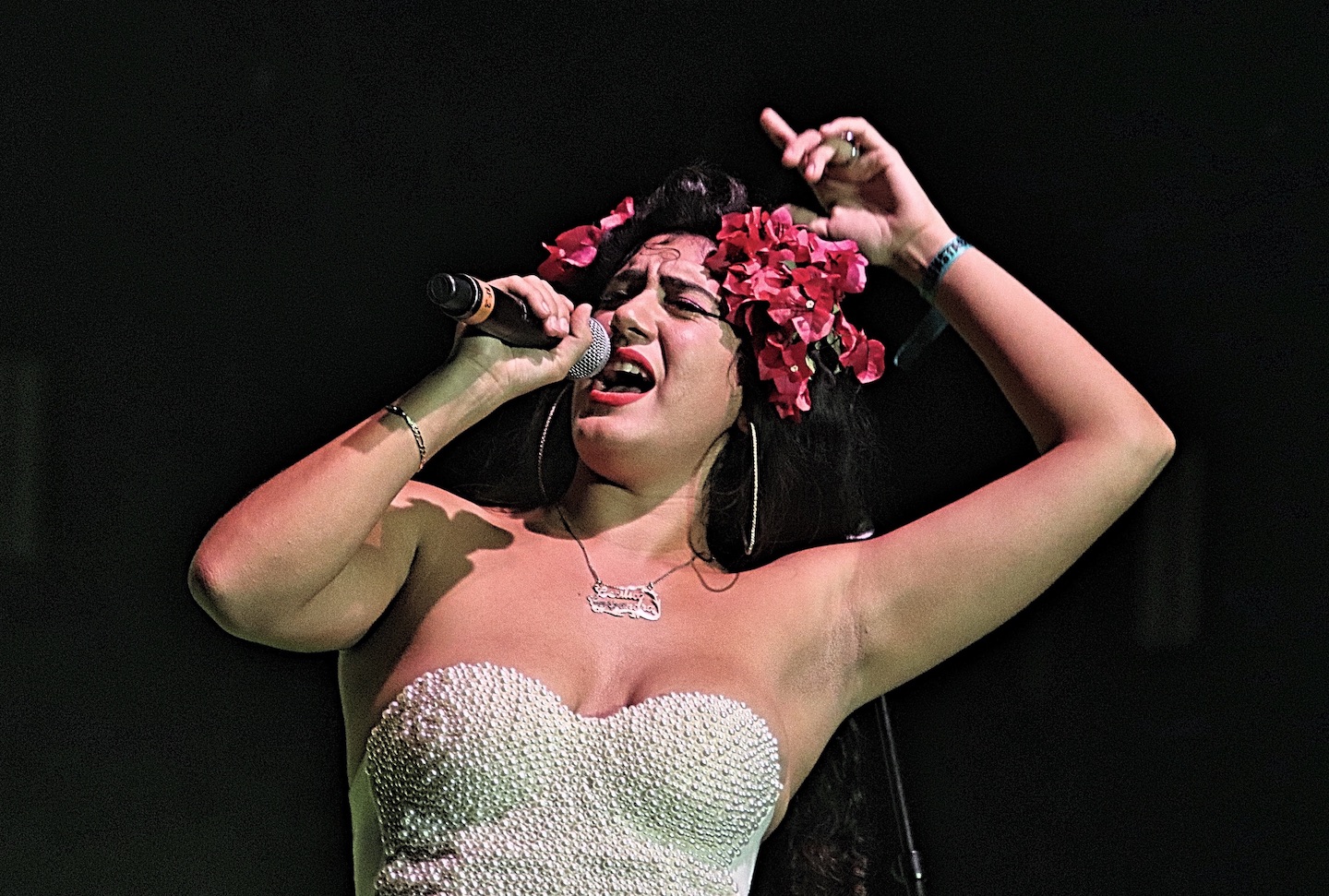 Here is another batch of press releases from April, a series of very eclectic tracks from pop-punk to Mexican dancehall and Hindi hip hop.

The Venomous Pinks – ‘Todos Unidos’: Imagine the punk power chords of Bad Religion pumped up by a ferocious female voice with backup harmonies. The unifying and raucous song, delivered in your face with a very politically engaged message, is the work of an Arizona all-female punk rock trio. The Venomous Pinks’ music has been described as the soundtrack for a Russ Myer movie if members of Bikini Kill and TSOL musically collided. The song is released in advance of their full album, ‘I Want You’ (Die Laughing/Golden Robot Records).

Discrepancies – ‘Undertow’: A hip hop heavy rock hybrid with atmospheric piano lines in the background. It’s a loud and aggressive anthem amalgam as if Muse was turning to rap, whereas the song has an action-packed music video based around hockey. ‘‘Undertow’ is about not letting discouragement get in the way of progress. There will always be obstacles, but the hardships aren’t what define us. It’s about what you did to overcome,’ said frontman Antonio ‘ATG.’ The band will release a full-length album later this year.

Sunshine State –‘The Mess’: The title track of the album by Gainesville is an uplifting punk anthem with roaring guitar, a riot of good old bright riffs and vocal harmonies. It’s something you may have heard before, but since the band has decided to give away the album for free because of the mess we are currently in, let’s put some Sunshine State in your life.

La Dona – ‘Cuando Se Van’: From her latest EP ‘Algo Nuevo’, La Dona blends genres with Mexican trumpets, layers of rhythms and bright voices for a celebratory song and an inviting colorful dancehall. ‘Cuando Se Van’ exists between the tangible world of pain and beauty as a young creator in a rapidly gentrifying neighborhood, and the dreamscape of San Francisco mid- and post-earthquake. It captures the resilience of a culture that has withstood waves of cultural and physical displacement while asking what our city will look like after the long-awaited earthquake,’ explains La Dona. I saw her opening for Café Tacvba last year, and she was a delight.

Rence – ‘Tears in December’: A breathy light track with Rence’s delicate and sweet vocals, but the track also bounces back with danceable energy especially during the chorus ‘Sick of the sound of my heart hitting the ground.’ Rence described the song in a press release: ‘Tears in December chronicles my personal life following some major changes I underwent recently, including moving back out west from New York. I thought I needed to leave my old home (and person) behind to start fresh in an exciting new city, but once I got here I realized pretty quickly that I was wrong. This song is that realization.’

Car Seat Headrest – ‘Hollywood’: A fuzzy-rocking multi-faceted track with Beck-like saw noise and welcomed chaos. It’s angry, angsty, groovy and somewhat unpredictable, but the song also comes with its acoustic version. ‘This song is about Hollywood as a place where people go to make their fantasies come to life, and they end up exploiting other people and doing terrible things to maintain their fantasy,’ says frontman Will Toledo, ‘There’s this terror you’re going to lose the fantasy, and you’re going to have to face the facts, and some people will do anything to avoid facing that. It’s about that fear and the pain of being subjugated to someone else’s fantasy against your will, and it’s all tied together under this banner of this physical location of Hollywood that we all know about and dream about, but none of us really want to think about what is going on behind the scenes there.’ The song is a single from Car Seat Headrest’s upcoming album ‘Making A Door Less Open.’

Emanuel – ‘Need You’: Sultry piano lines to carry Emmanuel’s warm vocals. The rising Canadian R&B star recorded a video for the song during self-isolation, something he calls a message of love, freedom and hopes to the world. This made Golden Globe-winning actor, musician and producer Idris Elba to start the collaborative social media campaign #NeedYou2020, encouraging people to send in imagery documenting how they were coping with self-isolation with the intention to create an ‘inspirational collage. ‘Need You’ is the first single from Emanuel’s forthcoming debut EP, ‘ALT THERAPY—Session 1: Disillusion,’ set for release this spring via Universal Music Canada.

Tiagz – ‘Hitting up My Phone (Pani Adva Pani Jirva)’: A social media great success, the Canadian mix-master-producer-rapper just released this new track that involves a curious sonic recipe made of ‘the hypnotic Palatwad Phivraj sample, 808s, and an original banging and buzzing hook.’ It’s a very mysterious and exotic trap/hip-hop track with Hindi melodies, hypnotic chants, and a rap delivery both cavernous and entirely depressing, which nevertheless takes some speed midway. The most curious song of the week for sure,