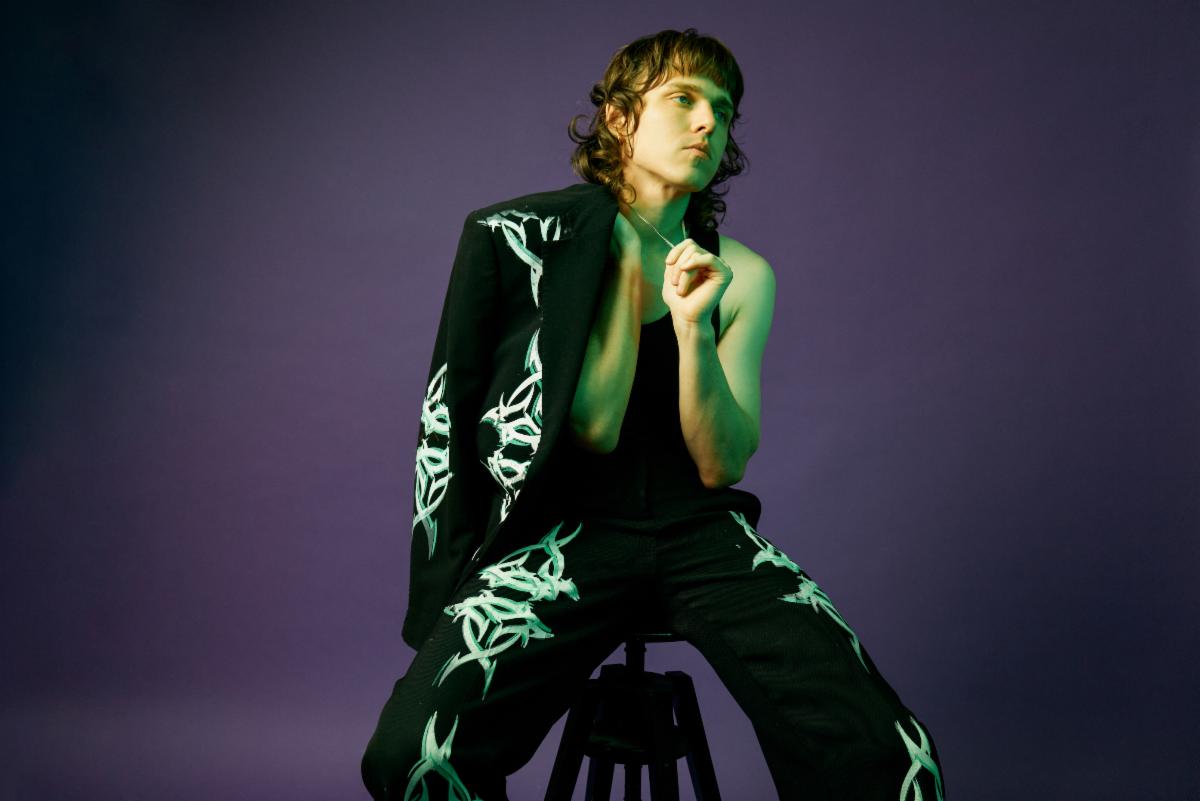 Allday is among the press releases for May

Luna Li, Emily Davis and The Murder Police, Allday, The Marias, Bizou, Jxst J, and Art d’Ecco are among these press releases for May.

Luna Li – ‘Alone but Not Lonely’: A funky multi-layered dancefloor with a surprising abrasive shredding guitar solo that circles into an infectious groove. This is the new single from Toronto native multi-instrumentalist and producer Luna Li, and it starts with a confident sweeping melody played on the violin while the lyrics are limited to a simple line. ‘I wrote ‘Alone But Not Lonely’ in my very first apartment which was cockroach infested. I was feeling really uncomfortable and lonely in the new space, and decided to write this song to cheer myself up and entertain my newfound insect friends.’ Says Luna Li. “The phrase ‘Alone But Not Lonely’ is a mantra I use to remind myself that time I spend with myself is valuable and special, something that should be celebrated.’ The song comes with a colorful and creative video explained by Luna: ‘The globe motif in the video is to highlight that every person is a world within themselves. I hope that people can dance alone in their rooms to this song and feel joyfully connected to themselves.’ This fall, Luna Li will embark on her first US tour supporting Japanese Breakfast. The tour will kick off on September 14th in Columbus with stops in Chicago, Portland, San Francisco, and Los Angeles before concluding on October 16th in Brooklyn.

Emily Davis and The Murder Police – ‘Why Weren’t They Stunned?’: The track combines pop hooks, vibrant beats, punk energy, and a cinematic widescreen vibe. This is the new single from El Paso’s favorite alt-punk band Emily Davis and The Murder Police and it comes from their forthcoming album ‘Never A Moment Alone,’ due out on June 25th. Emily Davis, who is a former member of Cigarettes After Sex and a desert-punk shredder, has a voice reminiscent of legends like Dolores O’Riordan, Shirley Manson, Jenny Lewis, and Neko Case, and she tackles the world and society’s penchant for head-scratching behavior with clever lyrics and dry humor, while The Murder Police – Jorge Torres (electric guitar, backing vocals), Jose Macias (bass guitar, backing vocals), and Tomas Tinajero (drums, backing vocals) – back Davis up like a freight train of energy. In this timely new track, they address our lack of concern and care when it comes to the role we play in climate change, and in other world issues like the pandemic—or as Davis says, ‘I don’t think we act with any urgency anymore and that lack of urgency continuously bites us in the ass.’ With ‘Never A Moment Alone,’ the band’s second full-length effort, Davis has deftly continued to curate a brilliantly unique blend of 90’s-inspired alt-rock, folk, and punk that will expand your horizons while it tests your speakers.

Allday – ‘Void’: A catchy song I have actually heard on the radio a few times before. A soaring guitar-driven pop song with vocals that reminds me of early Sufjan Stevens. This is one of the singles (with ‘After All This Time,’ and ‘Stolen Cars’) of Allday’s latest album ‘DRINKING WITH MY SMOKING FRIENDS’ released on May 28th via Believe Music. The album tells stories of suburban drudgery and inner-city decay, capturing the hopefulness of not only youth but of youthful thinking as well. He tells the story via two lovers, a kind of disillusioned Bonnie and Clyde, hellbent on fleeing a dead-end town with stars in their eyes. The album captures evocative snippets of life from the ‘extended youth’ he found himself experiencing after living in Los Angeles for a number of years, and marks a significant shift in genre, integrating more guitar-driven pop sounds into the talented lyricist’s sonic universe. ‘A part of me thought, ‘I want to stop being so relentlessly dark in my music. Why don’t I just try to be a bit optimistic?’ All the songs on the record are deliberately optimistic but they contain shadows, and those are the optimistic songs I like because they feel more human,’ explains Allday.

The Marias – ‘Hush’: A sultry and dark electronic song delivered with the sensual abandon of Elizabeth Fraser on a Massive Attack track, then merging with a big and more energizing pop hook. This is the new single (with a video) of the Marias’ upcoming debut album, ‘Cinema,’ due out June 25. The album, which features tracks in English and Spanish – draws inspiration from the classic films and directors that María and Josh grew up watching, including Pedro Almodóvar and Wes Anderson. The title also pays homage to how the band first began creating music in the first place. The Marías have fast proven among the most visionary and entrancing new bands in recent memory. Born in Puerto Rico and raised in Atlanta, María Zardoya moved to Los Angeles in 2016 where she met drummer Josh Conway after a performance at the famed Kibitz Room Bar at Canter’s Deli. The two began writing together, crafting a remarkable collection of mesmerizing original songs fusing kaleidoscopic soul, gentle jazz, and imagistic, bilingual lyricism. The couple is joined by their closest friends Jesse Perlman (guitar), Edward James (keys), and Gabe Steiner (trumpet) to complete the band. The Marías, who have quickly grown a passionate local following, will play a free show at the Ford this summer.

Bizou – ‘Tragic Lover’: A synth-driven ‘90s vibe for this new track by Bizou that features current and former members of Light FM, The Smashing Pumpkins, Wax Idols, and Glaare. The song combines propulsive darkwave rhythms, shifting synth scales, a wall of shivering shoegaze guitars, and haunting but confident vocals reminiscent of a more ethereal Madonna. The song comes with a video, as the band is set to work on a third EP, following the release of ‘Stillifeburning.’ ‘Tragic Lover’ was recorded and mixed at Cave Studio LA, and mastered by Simon Scott (Slowdive), and it stacks pop effervescence and concludes in a shudder of rhythmic menace.

Jxst J – ‘Alone’: A glitchy production of bass lines, wompy synths, and luscious guitar for a dancy, woozy pop song with an out-of-tune R&B feel. It is accompanied by a self-directed video, a charming and hilarious visual metaphor for being helplessly in love, which speaks to that human need to be lifted up out of a rut every once in a while. NYC-based indie-pop artist Jxst J, aka James Pratley Watson, creates colorful, transportive songs from the confines of his NYC apartment. Drawing from genres like dream pop, indie, and trip hop, he seamlessly blends acoustic and electronic elements for a sound that is as eclectic as it is catchy. After spending his formative years in LA playing in bands and making music videos, the multi-talented artist is now Brooklyn-based, where he continues his synesthetic approach to music. ‘How To Pronounce Jxst J’ will be out this fall.

Art d’Ecco – ‘That’s Entertainment’: A great cover of the classic song by the Jam, written by Paul Weller. It is featured on Art d’Ecco’s new LP, ‘In Standard Definition,’ (out now on Paper Bag Records) along with other punchy, catchy songs delivered with an androgynous swagger and bravado. Try ‘Head Rush’ and ‘TV God’ for a large dose of glam rock inspired by David Bowie and T. Rex. But it’s more than just a homage, their elements of ‘70s disco and ‘80s synth create a new vision of club-decadence. ‘In Standard Definition’ is a concept album about entertainment. Like channels on an old television set – each song presents an episodic look into this world, our obsession with celebrities, and the power they hold over us.