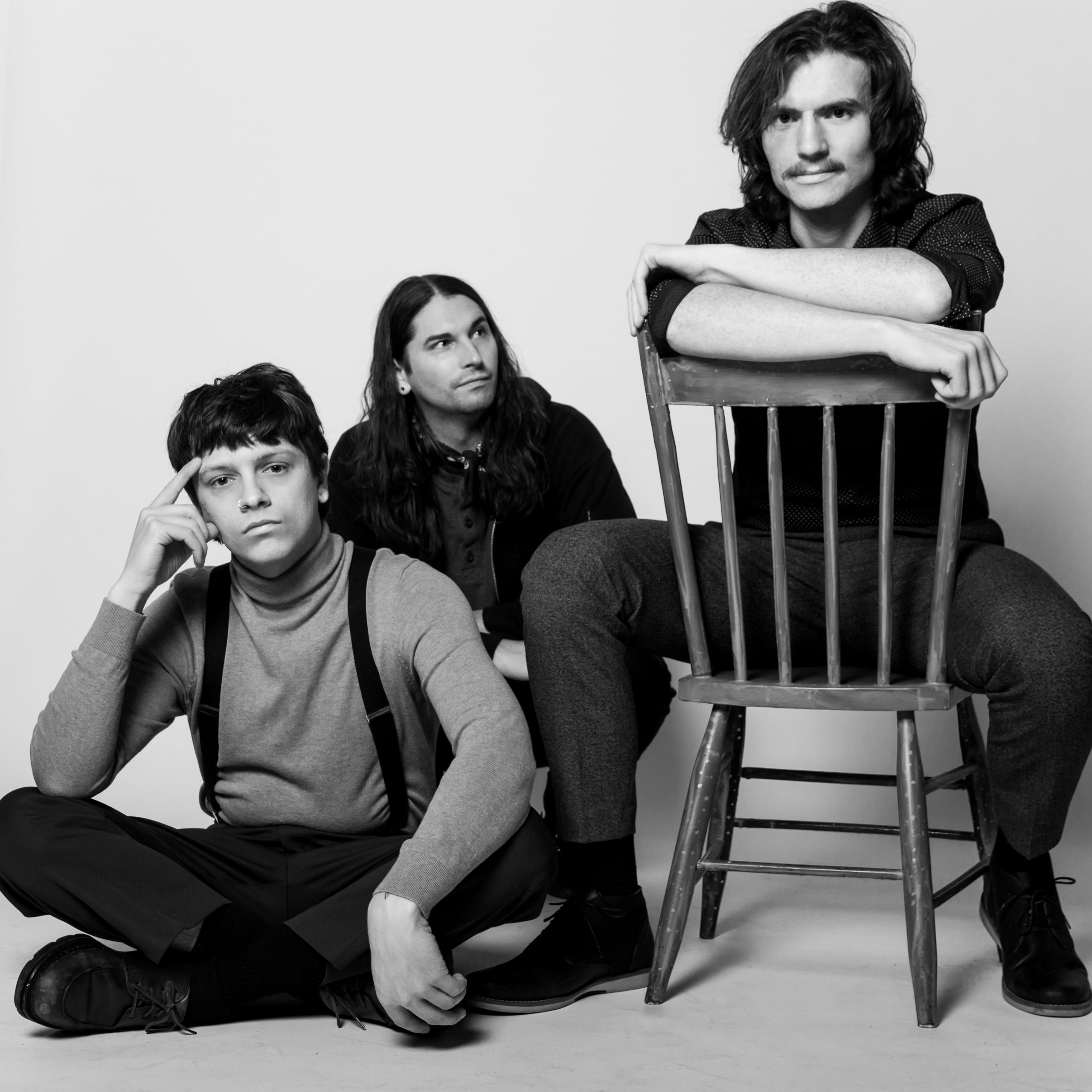 Monsterwatch are among these press releases for June

Destroy Boys –‘Drink’: An aggressive fuzzy track with a big melodic part, delivered with unbridled passion and dirty lyrics. Destroy Boys, vocalist/guitarist Alexia Roditis, guitarist and backing vocalist Violet Mayugba and drummer Narsai Malik have captured the attention of some of the genre’s most influential musicians, making waves from California to the UK with their punk loud sound – their music can be heard in Tony Hawk’s Pro Skater 1+2 game. ‘Drink’ is their new single produced and mixed by Will Yip (Mannequin Pussy, The Menzingers, Quicksand, Code Orange, etc) out now via Hopeless Records. The least you can say is that these girls aren’t playing nice, but they have been outspoken advocates for a myriad of social justice issues, especially when it comes to racial equality, LGBTQA+ rights, and inclusion for all, which is prevalent in their music, their actions, and how they use their platform. Frontperson Alexia Roditis told Punkzine, ‘I think the scene is opening up and people are realizing that queer people, POC, people of different abilities, fat people, women, make BADASS MUSIC that is underappreciated. These people have always been in the scene and always made art, and I think we are moving towards appreciating it and uplifting those voices more. I am happy to have been a part of that for some people.’

Illuminati Hotties – ‘Pool Hopping’: A Bubble gum joyful summer song jumping in all directions with vibrant and undeniable fun. This is the latest from Illuminati Hotties, the project of producer/writer Sarah Tudzin, and the single announcing their new album ‘Let Me Do One More,’ out October 1 via Snack Shack records. “It’s POOL HOPPING SUMMER.” Says Tudzin. “I’m so stoked to have grilled up a splashy new song & music video (directed by Katie Neuhof) to soundtrack your wettest & wildest parties to date. This track is for when it’s hot, you’re crushing on someone new, and your adventure senses are tingling. Come on in, the water’s fine!!!” ‘Let Me Do One More’ is the fully-realized creative vision of two years of ambition, heartache, uncertainty, redemption, and ultimately triumph. Sarah reflects, “I love these songs and they’re a part of me and I’m proud of them.”

Dendrons – ‘Same Spot’: A morose electronica with a pulsing post-punk vibe, gaze-y pop overtones, suffocating guitars, and a certain weirdness à la Sonic Youth. This is the new single from Chicago-based Dendrons and a taste of their upcoming LP, ‘5-3-8,’ recorded during the Pandemic, at Sonic Ranch near El Paso, TX, with engineer/producers Sonny DiPerri (Protomartyr, DIIV, Nine Inch Nails, Animal Collective, Emma Ruth Rundle) and frequent collaborator, Tony Brant. The song was inspired by a ‘sort of a sprawling, dystopian city—a kind of rusty city hell’ and Dante’s Inferno. ‘The lyrics ‘You watch impalas move donuts round the lot. They all move backward. They all move back.” Is my wink and nod to Circle 8, Bolgia 4 from Dante,’ the band explained in an interview. Meanwhile, the video for the song was completely homemade, and a lot of it was recorded with a junker surveillance camera one of the band members bought online.

Lauran Hibberd – ‘Bleugh’: An explosive pop song with a sweetness always ready to rock, in a very garage rock manner. This comes from slacker-pop sensation Lauran Hibberd’s highly anticipated  EP, ‘Goober,’ out Friday, July 30. The record was produced by Suzy Shinn (Weezer, Panic! At The Disco, YAK), and the single ‘Bleugh’ splices together English spoken word, Hibberd’s trademark vocal, and a Weezer-esque anthem that details the attempt to break a toxic cycle. “‘Bleugh’ is the only sound that sums up my adult reaction to my pre-naive self,” explains Hibberd. “It’s about always being attracted to people who’ve got nothing going on, nothing to offer you, yet it’s that hamster wheel you can’t quite jump off. It’s my favorite track of mine, and I’ve been sitting on and incubating this girl for a while. It feels really good shouting ‘Bleugh’ btw, I recommend you try it out.”

Hot Flash Heat Wave – ‘motions’: An almost danceable track filled with lush washes of synths, and robotic vocoder vocals for a hot summer night. San Francisco-based indie trio Hot Flash Heat Wave (Adam Abildgaard, Nick Duffy, and Ted Davis ) is showing its sweet-groovy side with this new single while putting your head in the clouds. Hot Flash Heat Wave explained: ‘motions’ was inspired by the end of a very important relationship in my life, which was on and off over a number of years and left me feeling stagnant and disconnected like I was repeating the same empty patterns. It’s a play on the phrase “going through the motions,” toying with the intersection of movement and emotion. I wanted to express this feeling of love’s futility that I was left with, going through so much with someone and becoming so close just to realize that it wasn’t meant to be and learning how to start again. Last year’s ‘Mood Ring’ EP was inspired by a wide range of influences encompassing My Bloody Valentine, Frank Ocean, New Order, and Toro y Moi.

Leon Creek – “Call It A Day”: A vibrant country-inspired track with plenty of bounce and hooks. It’s a complete feel-good anthem and an instant sing-along that brings a new curve to the Americana scene. Leon Creek is a small river in Texas that served as the first rest stop and watering hole for travelers, cargo, mail, and stagecoaches making their way from Texas to Southern California in the 1850s and ’60s. But it’s also the new project from Los Angeles-based singer/songwriter Chris Pierce, Matthew Stevens, and producer Erik Janson, which brings together a variety of influences to give a new take on the traditional  Americana/roots sound. Their very interesting debut single ‘Call it a  Day” is from the full-length album ‘Far From Broken’. For Leon Creek, Chris Pierce’s vocal and blues harmonica prowess are showcased in a new light, combining with the fingerpicking, bluegrass melodies of Matthew Stevens, who has previously recorded World and Cumbia inspired tracks with the likes of Ozomatli’s Asdru Sierra and rapper Thurz, resting perfectly on the vibrant and maximalist production talents of  Erik Janson (of Wildling & Left Field Messiah fame).

Monsterwatch – ‘Lick the Wall’: A menacing noise attack between hardcore and early grunge. The chaos-inspiring song is an aggressive raw track, equally scary and rewarding, with muscular riffs, fuzzed-up bass lines, thunderous drums that turn the song into a mosh-pit-ready piece. It comes from Monsterwatch’s new EP ‘Noise You Will Never Care About.’ The noise band from Seattle, which is channeling the past with a modern spin, will be performing at Treefort Music Festival and Freakout Festival this fall.