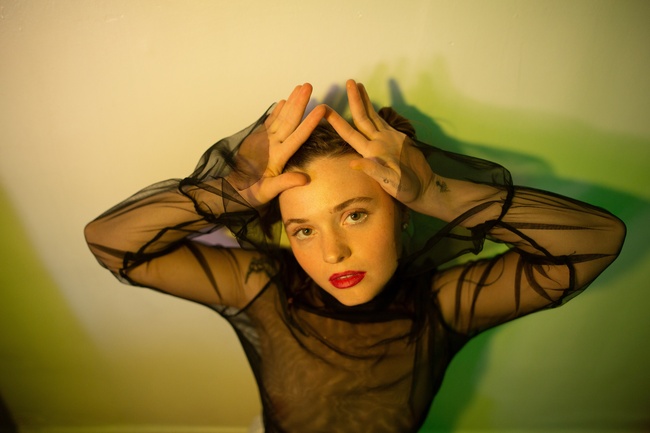 Kathleen is among the press releases for June

Stalking Gia, The Marías, Chet Faker, Kathleen, So Zuppy, Buena Vista Social Club, and The Bots are among the artists featured in these press releases for June.

Stalking Gia – ‘Astronaut’: Hushed and emotionally charged vocals over stabbing keys, followed with warm harmonies building up into a fairytale earworm. A new single from New York-based alt-pop songstress Stalking Gia, who shows her range with ease in the song. She explains: ‘’Astronaut’ is about a relationship that constantly starts and ends…always picking back up where you left off. Every time you reconnect, you think you’ll get a different result, but it always ends the same way. This person gives you the greatest high and is so unreachable that when you finally connect, it’s magic. I also relate the word ‘Astronaut’ to a performer/musician. They’re all like astronauts to me. I’ve had friendships and relationships where they go off on tour, which is almost like going off to space and then returning home is them coming back down to earth. ‘Astronaut’ was musically inspired by David Bowie (‘Space Oddity,’ ‘Starman’, ‘Life On Mars?’) and Elton John (‘Rocket Man’), as you can see in the giant hook and the video. She makes music to get lost in while wearing her influences on her spacesuit.

The Marías – ‘Un Millón’: Another laid-back sun-soaked track with beats, balancing plenty of influences with ease, from pop to jazz to funk to bossa nova and electro lounge. The new single, off their debut album ‘Cinema’ (out June 25th via Nice Life Recording Company/Atlantic Records) is in Spanish, but the band’s sensual lyrics fluctuate between English and Spanish. ‘I wanted to pay homage to the island and its music and people, so in the song, I’m calling out some of the places I used to go visit with my family when I was little,’ lead singer María Zardoya says of her beloved birthplace of Puerto Rico. The band mined inspiration from such hyper-imaginative filmmakers as Pedro Almodóvar and Wes Anderson, achieving an untamed emotionality that acutely amplifies the most intimate of feelings. ‘CINEMA ‘also includes the bold, bass-heavy single, ‘Hush,’ already available everywhere.

Chet Faker – ‘Feel Good’: A roller-disco dancefloor, quite unexpected when listening to the rather depressing start, but the song shines, as its title promises, into a euphoric groove with Jesus-roller-blading-in-the-desert visuals. ‘Feel Good’ is the new single from award-winning vocalist, songwriter, and producer Nick Murphy’s Chet Faker project, and the track is the fourth single off his forthcoming record, ‘Hotel Surrender,’ set for release July 16th on his own Detail Records in partnership with BMG. ‘The song is called ‘Feel Good,” says Murphy. ‘The song is about feeling good. The video is me feeling good. Anymore talking is just gonna kill the vibe.’

Kathleen – ‘San Andreas’ Fault’: Emotions run high in this fierce song that is all about expressive keys and voices, and somewhat reminiscent of Fiona Apple’s work. This is the new single (with a video) from songwriter, multi-instrumentalist, and vocalist Kathleen, written with and produced by MNDR and Peter Wade. ‘’San Andreas’ Fault’ is about Los Angeles, located on Tongva land, personified as a woman being taken advantage of,’ Kathleen says. ‘But when you look around, she’s still so stunning despite how much we put her through. Even though her skies are filled with smog, the sun still reaches everything, almost gaslighting everyone into the belief that it’s ‘good vibes only.’ And even though she’s still beautiful despite the exploitation, she’s getting tired. This song and the art that surrounds it are each a small chapter in telling her story.’

So Zuppy – ‘Familiar Smile’: A super sweet song with simple guitar and DYI percussion while the vocals rebound on the catchy and bright melody. This is a song off So Zuppy’s new EP ‘Blindly, Pt. 2,’ the solo project of Milwaukee-based, genre-bending producer Micah Foust. The title is a play on the phrase ‘true love is blind,’ and Micah writes about the starry-eyed sappy feeling of finding the person you really want to be with. ‘‘Familiar Smile’ started with a weird pitch-shifted drum loop that I made completely by accident, and then everything else in the instrumental fell into place shortly after,’ he explains. ‘There’s nothing that really compares to the feeling of finally feeling like you’ve found your person. I’ve been in love a few times and for this song (and the rest of the songs on the EP) I took inspiration from all of those experiences. When I write about anything, I try to draw from as many different experiences and emotions that are related to what the song is about. It’s like all the times I fell in love smooshed into one song.’

Buena Vista Social Club – ‘Vicenta’: All the warmth and colors of the original Buena Vista Social Club album that was released 25 years ago! For the celebration, World Circuit is premiering the never-before-heard track ‘Vicenta’ from the original 1996 session tapes. The track, selected for these new editions by producer Ry Cooder and executive producer Nick Gold, features a vocal duet between Buena Vista stars Eliades Ochoa and Compay Segundo. The song is a classic composition by Segundo and follows the story of a well-known fire which, on April 1, 1909, destroyed almost all of the village of La Maya, close to Santiago de Cuba, where Eliades Ochoa was born and lived as a child amongst plantations of banana, coffee, and cacao. World Circuit Records is releasing a collection of 25th Anniversary Editions (out September 17) which will consist of 2LP + 2CD Deluxe Book Pack, 2CD Casebook, 2LP Gatefold Vinyl, and Digital formats. The acclaim of the original album has elevated the artists (including Ibrahim Ferrer, Eliades Ochoa, Compay Segundo, Rubén González & Omara Portuondo) to superstar status, inspired an award-winning film by Wim Wenders, and has contributed to popularizing Cuba’s rich musical heritage. Buena Vista Social Club, produced by Ry Cooder for World Circuit, became a worldwide phenomenon, won a Grammy in 1997, and, at eight million copies, outsold any other record in the same genre.

The Bots – ‘See It’: A high-energy furious song with skateboard oil to burn through the streets of Downtown LA. This upbeat fuzz, with an unruly guitar line barreling down the highway at 100 mph with a dozen cops trailing behind, comes from the Bots’ first full-length album in 7 years, ‘2Seater’ produced by GRAMMY Award-winning producer Adrian Quesada of Black Pumas. The album, out on September 8th via Big Indie Records, is the brainchild of musician Mikaiah Lei and is a multi-style body of work that captures the struggles of his young adulthood. Each of the 10 tracks that make up ‘2 Seater’ was written between the ages of 19 and 22 when Lei was undergoing a rapid burst of self-growth. Now, as a 28-year-old, Lei has rewritten and recorded those songs to articulate themes he struggled to find words for back then: the ups and downs of young love, the need to nurture friendships, and the sentimental work of taking care of yourself each day.