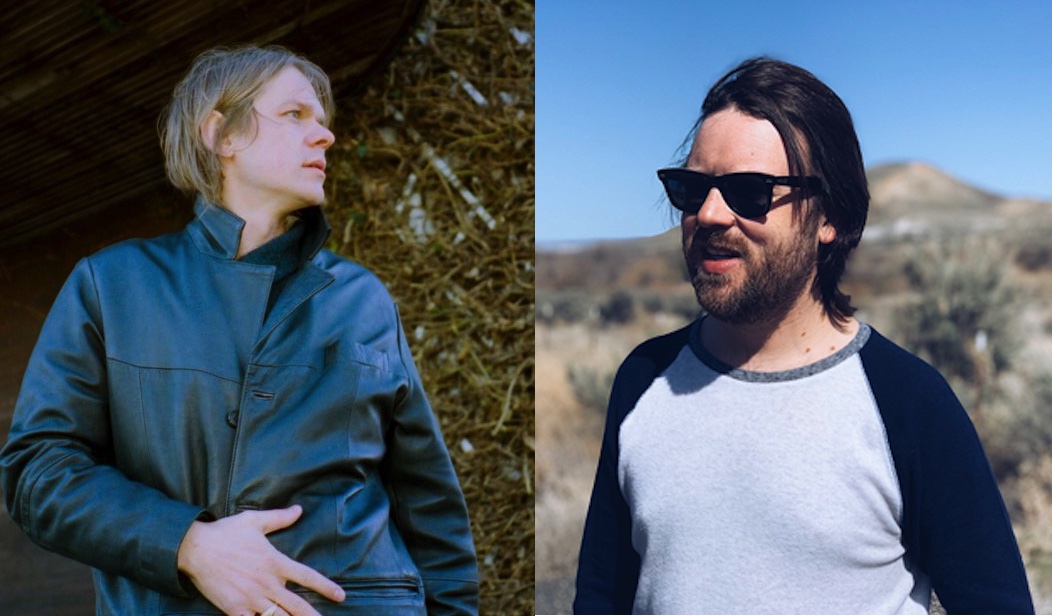 Left Vessel – ‘Your Winter’: A gentle acoustic and emotional folk ballad with a melancholic vibe and a luminous feel directly inspired by real-life moments. ‘Your Winter’ is the new single from Oregon-based sound artist Nick Byron Campbell’s forthcoming debut LP ‘One (and Driftless)’ mixed by Cory Hanson (of Los Angeles-based band Wand) and out June 25th via GiftShop Records. ‘My grandmother was going through a period of decline late in her life, while I was going through transformations that were pointing me in a new, positive direction. We really bonded during this time as we were both going through breakups, while both living in Los Angeles (my grandmother moved there late in life to be with her college sweetheart),’ Campbell says of the track’s inspiration. ‘This song helped me emotionally work through the idea of two people bonding while heading in such incredibly different directions: one towards life’s end, the other towards a whole new era of life ahead.’ His new album features several tracks recorded with trees, complete with ambient sounds of the forest in the background—chirping birds, fluttering wings, and feet keeping time on crunchy, fallen leaves, it is a collection of songs about transformation: ecological, societal, personal, and romantic. Watch the lovely video for the song here.

Thomas D’Arcy – ‘Bad Habit’: A reggae-ish pounding tempo for a surprisingly fierce and rather dark song, that occupies many territories, written by NYC-based indie act Thomas D’Arcy. ‘Bad Habit centers on a struggle with addiction and the road to recovery,’ he explains. ‘The song is imbued with self-awareness about the reality of addiction – ‘cards on the table I’m unstable, this is fatal, I won’t hate you if you decide to leave.’ ’Bad Habit’ stands in stark contrast to D’Arcy’s more upbeat tracks ‘Bad Girls’ and ‘Crush’, which focus on young love, lust, and wild nights out, but the new song is, perhaps, the aftermath of the ‘cocaine, head spin, pills and gin,’ that D’Arcy sings about in ‘Bad Girls’. D’Arcy’s influences range from Fiona Apple to Nine Inch Nails, which may escape you if you listen to this track.

Emby Alexander – ‘Dye It Gold’: A dreamy road trip with sun-soaked harmonies that stays on the upbeat side of the road, while looking for new hooks into a psychedelic haze. This is a new track and video from Arizona-based musician Emby Alexander, featured on his experimental psych-pop ‘SOARS ERA,’ an album due July 24th via Earth Libraries. Alexander first wrote the song at a park picnic table under the big sky while on tour somewhere between Idaho and Montana, and sanded off the rough edges while on a friend’s roof in San Francisco – and the track appropriately reaches for the skies with its burnished guitar corkscrews and tightly knotted harmonies. When it came time to record, the band’s Spine Island studio provided the ramshackle immediacy needed to capture that magic. ‘We ran out of mic stands and taped the room mic to a TV,’ Alexander recalls. ‘The band jammed the space full of musical instruments, art, and film projectors so that they’d be ready to capture new ideas as quickly as possible.’

Jad Fair & Kramer – ‘Red Red Sun’: Another laid-back soundtrack for summer. A lo-fi and sunny optimistic alt-pop haze over mantra-like vocals and interesting guitar solos. A track from Indie rock duo Jad Fair & Kramer, consisting of Half Japanese’s Jad Fair and collaborator of The Fugs, Butthole Surfers, Daniel Johnston. The single is featured on their upcoming LP ‘The History of Crying, Revisited,’ out June 18th on Shimmy-Disc/Joyful Noise. Fans of Butthole Surfers will go wild for Paul Leary’s fire guitar solos across the record, a 12-track collection produced and recorded by Kramer at his studio in Florida, Noise Miami.

School of X – ‘Feel of It’: a pop earworm with character, an anthemic chorus, a glam dance floor with poppy sensibilities that could echo Cage The Elephant’s work. However, the story behind this upbeat indie-pop anthem is not all sunshine and rainbows, Rasmus Littauer, the man behind the School of X moniker says: ‘It’s about the desire to break out of daily routines and boredom, craving for headspace, excitement, and bigger emotions. It’s a desire that seduces me and haunts me and sometimes comes with a cost. Sometimes you end up all alone because you’ve been blinded by the light.’ School of X’s upcoming sophomore album ‘Dancing Through The Void’ (out on Sept. 24) will display Littauer’s infectious indie-pop songwriting, but with a broader, almost borderless range of genre influence than in his previous work.

Brad Sucks – ‘Fun Guy’: A light psychedelia for a dreamy and fluid song slowly building up into unexpected and more hard-hitting electronica parts. This is the third and final single off the upcoming album of Canadian indie-rock artist Brad Sucks. Brad’s dreamy vocals focus on his journey with mental health: his frustration with anti-depressants, as he is instead turning to a more natural solution found in fungi. ‘A New Low In Hi-Fi’ due out June 10th.

Modest Mouse – ‘We Are Between’: A nervous post-punk-inspired jam with ample ‘80s guitars behind a big anthemic chorus. The first single off Modest Mouse’s forthcoming new album ‘The Golden Casket’ now has a Kyle Thrash-directed video to accompany the music and it features lead singer Isaac Brock stranded amongst a field of cars, with various characters, some real and some not, flashing in and out of view. The band’s seventh studio album, ‘The Golden Casket,’ hovers in the liminal space between raw punk power and experimental studio science, and the band has already announced an extensive US tour which begins with their performance at Lollapalooza in Chicago’s Grant Park.