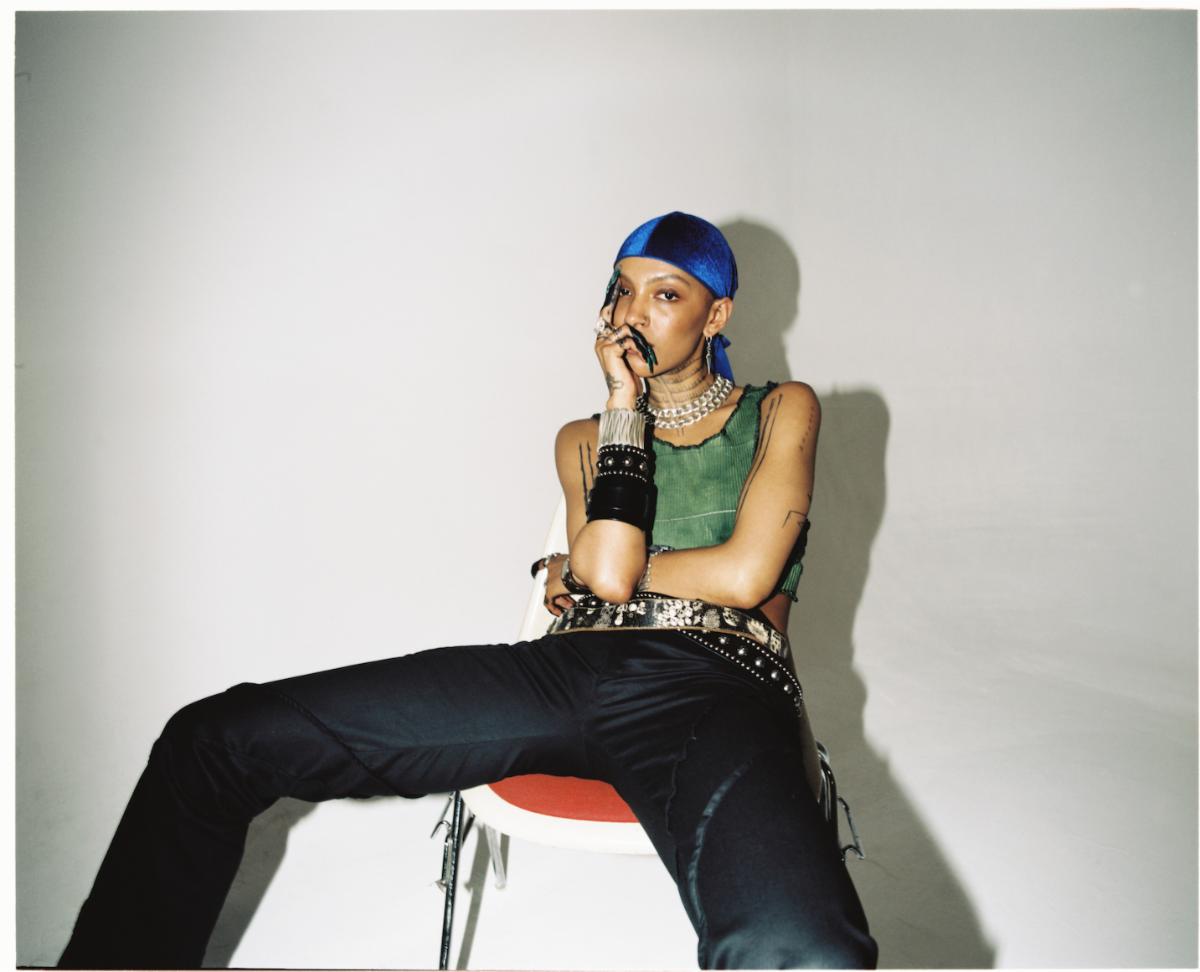 The Rare Occasions, Jxst J, Joy Crookes, Kyle Lux , Joe Bourdet, Alewya, Hank May are the artists among the press releases for July.

The Rare Occasions – ‘Alone’: A power-pop anthem with a ‘90s vibe that pops up to mind like a Weezer song with its ooo-ooos, melodic hooks, and big guitar statements. You almost see the arm wheels. This is one of the tracks of the sophomore album of LA-based and New England-bred indie rock band The Rare Occasions. ‘Big Whoop’ was defined by the intensely DIY nature of the recording process. Almost every aspect of the production was done by the band. The recording sessions were all done in vocalist Brian McLaughlin’s living room and spare bedroom, where he also mixed the songs. Luke Imbusch composed the orchestral arrangements, recruiting and then conducting a live string quartet for the recording. The band collectively shares production credits, with each member bringing their own unique contributions to the table. Mastering was done by Brian Lucey at Magic Garden. On the album, the band says, ‘So much of this album was born out of struggle which forced us out of our comfort zones and to think beyond our own barriers. After the departure of our guitarist, Peter, we knew we had more to give to the world. This process pushed us to broaden our approach to songwriting, arranging, and production. We had released a couple of preliminary singles and then the pandemic hit which halted everything for months. This forced us to step back again, refine what we had created, and expand our new sound even further.’

Jxst J – ‘PETS’: A languid, lazy track, all sun-soaked, synth-wrapped around Jxst J’s warm and hazy vocals. Meanwhile, the video is a spaced-out nightclub reverie with mellow to shimmering melodies. The single is featured on NYC-based Jxst J’s debut album, ‘How To Pronounce Jxst J,’ out July 23. Indie pop producer-singer Jxst J (aka James Pratley Watson) creates colorful, transportive songs from the confines of his NYC apartment. Drawing from genres like dream pop, indie, and trip-hop, he seamlessly blends acoustic and electronic elements for a sound that is as eclectic as it is catchy. After spending his formative years in LA playing in bands and making music videos, he is now Brooklyn-based, where he continues his synesthetic approach to music as he is also a visual artist.

Joy Crookes – ‘Feet Don’t Fail Me Now’: An old-school pop’soul/R&B song with a powerful Amy Winehouse vibe thanks to Joy Crookes’s confident and powerful vocals. The video is a colorful fest with a touch of India – Crookes was born from a Bengali mother and an Irish father. As she already has garnered Amy Winehouse and Lauryn Hill comparisons from her own songs, Crookes is a curious, passionate, and music-obsessed young woman since the age of 12, who decided to start writing her own song and honing her modern soul sound. Joy uses her creativity as a tool to understand her own identity. She places a lot of importance on the concept of history, and fittingly, her new EP is titled Reminiscence. After visiting Bangladesh for the first time in her adult life In January, she began to feel uniquely connected to her past. Reminiscence looks back on 2018, a pivotal year in the young singer’s life: a celebration of immigrants and her multicultural identity, and a love letter to the city that made her. Straddling soul, trip-hop, and R&B, Joy’s is a dexterous sound, which effortlessly showcases her melting pot of sonic influences. Ultimately, it’s an EP of love songs –to London, to women, and to Joy herself – songs that aren’t afraid to be honest and raw, while also packing a political punch. Balancing the retro stylings of Sade with the millennial wit of Lily Allen, she may be looking to the past, but smart, talented, and strong, Joy Crookes is shaping the sound of the future.

Kyle Lux –‘I Went Out’: A dynamic and joyful pop song with a hip hop flavor in the vocals, while he hits the high notes during the hook in the chorus, producing a soulful dancefloor. Artist on-the-rise Kyle Lux just released this single, his first of 2021, where he leans into the dance influences that he’s discovered since quarantine started. As a new fan of house music and a longtime lover of funk, Kyle plans to continue in this new, lighter direction. As the world returns to normal, the song celebrates going out and being with friends again. ‘I really wanted to explore a more casual approach to songwriting and not take myself as seriously as I have in the past,’ notes Kyle, ‘but still write a good song.’ Kyle released his first song, ‘Rollin’ Stone,’ in 2019 and has amassed over 7 million plays across streaming platforms to date. His debut EP, No Roof Access, followed later that year, establishing him more in the contemporary R&B space. His sophomore EP, Projectors, followed in 2020 with songs like ‘Are You in Love?’, generating over 4 million plays across streaming platforms.

Joe Bourdet – ‘El Capitan’: An Americana song with vocal harmonies evoking Crosby, Stills & Nash or Peter, Paul and Mary. There’s no doubt the track sounds like an instant classic with its resonant, layered vibe channeling ‘70s folk styles, and an untamed nostalgia. The song comes from Bourdet’s debut album, ‘Meadow Rock.’ ‘’El Capitan’ is about the Yosemite Valley and the Sierras, where ‘the protagonist senses deeper metaphysical vibrations amid memories of past visits with loved ones,’ explains Joe. The accompanying video is comprised of footage shot by Joe and Dave Baine (who plays mandolin on the track) on a 9-day backpacking trip in the High Sierra trails, while his other songs are inspired by our natural surroundings of California – including the mountain ranges throughout. Joe Bourdet spent his youth around Highway 49, the golden chain highway that connects numerous tiny hamlets as it weaves through the river canyons of the California gold country. The area provided the formative images which inspired the music of ‘Meadow Rock.’

Alewya – ‘Jagna’: An original, all-percussion track, with Alewya’s remarkable vocals revealing anxiety and an unapologetic rage while the musical multi-influences are barely revealed in the powerful video that sees the artist frantically running through the desert; it was filmed at the famed desert-esque beach of Dungeness in the UK. ‘’Jagna’ is polarity. ‘Jagna’ is release, ‘Jagna’ is my soul, ‘Jagna’ is my rage, ‘Jagna’ is my lesson, my desperation, frustration, my surrender, my vulnerability, my acceptance, and my existence on this planet,’ says UK-based, Ethiopian-Egyptian artist Alewya. The track follows her explosive 2020 debut ‘Sweating,’ and is coupled with a new video directed by Alewya and Tom Ringsby. Alewya’s music draws influence from UK club culture and her African roots, fusing the genres seamlessly. ‘Jagna’ translates to ‘warrior’ or ‘fighter’ in Amharic and is a call for those that come before her ‘to release and charge.’ The translation of Alewya’s name from Arabic means ‘most high’ or ‘the highest’ so it’s fitting that her music centers around the idea of transcendence. Both her music and art are deep broodings through euphoria, heartache, melancholy, and back again. Alewya is challenging you to remember the last time you really felt connected. And as she finds the connections between disparate worlds, Alewya wants to make you feel, and make you dance. As this talented artist begins to share more of her talents, it’s clear Alweya is an unstoppable force with a bright year ahead.

Hank May – ‘2019’: A cathartic pop song performed with poignancy and passion in the video that accompanies the new release by up-and-coming artist Hank May. ‘2019’ is another taste of his forthcoming debut LP ‘One More Taste of the Good Stuff.’ ‘I felt like a stand-up comedian writing this song, standing in my practice space with a drink in one hand and a microphone in the other, just kinda riffing,’ May says. ‘The final version came out slower and more serious sounding than my first demo, which was a quirky uptempo romp. When 2020 came around and changed the world, this song became an accidental time capsule of the so-called before times.’ His album is set for release on October 15 via Dangerbird Records. ‘One More Taste of the Good Stuff’ features contributions from long-time collaborators and friends including bassist Patrick Taylor, drummer Mark Gardener, and keyboardist Max Foreman. Brian Rosemeyer (Cat Power, Kurt Vile) is the record’s mix engineer, and Dave Cooley (Paramore, Tame Impala) hopped on mastering.