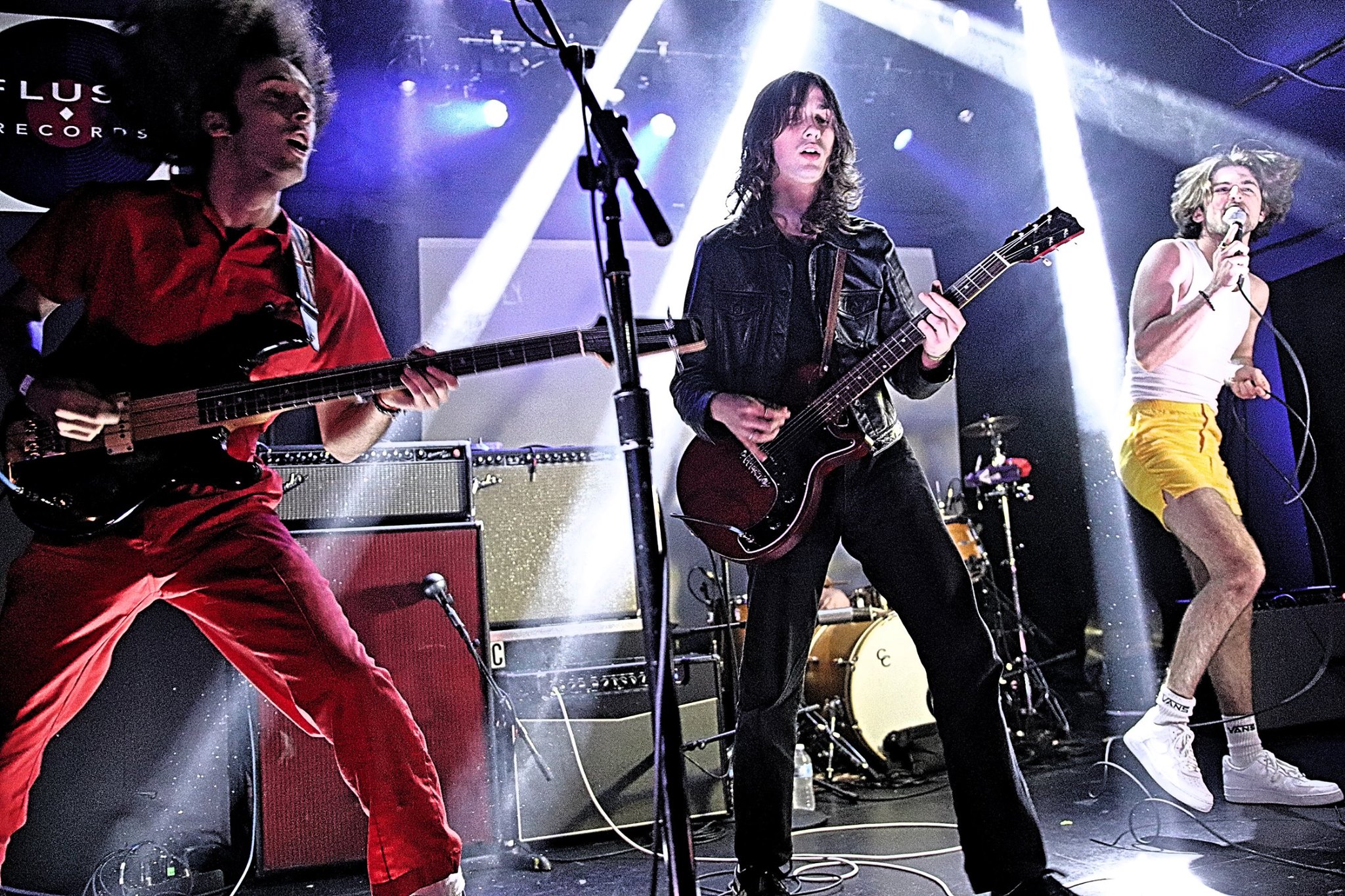 Liily have a new single (in these press releases for July)

morgxn – ‘WONDER’: A reimagination of morgxn’s hit single ‘WONDER’ with the help of critically-acclaimed Sara Bareilles: the track is upbeat with an electro bounce over keys and emotive vocals. ‘With this version, I feel like it became more intimate and, in a way, much deeper. Like a conversation between two artists in different places who understand and live in the journey. I am so grateful that she joined me to share these words,’ morgxn says. ‘Coming out of this last year there is still a lot of healing and wondering to do—but at least it feels nice to know I’m not alone in it.’ ‘WONDER’ was originally released last summer, seeing viral success on TikTok and accumulating over 25 million views on the app in addition to 50 million global streams, where it continues to climb. morgxn’s hit single ‘home’ was also cited by Billie Eilish as one of the inspirations behind her GRAMMY-Award-winning song ‘bad guy.’ ‘I was moved by morgxn’s story as an artist and the path he has taken. It’s brave and I admire his guts and independence,’ Sara Bareilles says, ‘His voice is already such a striking part of his great talent, and this song is about seeking a place of belonging as our truest and most authentic selves. I felt compelled to contribute to that message, especially as I think about the larger LGBTQ+ community during this month of Pride and wanting to celebrate that sense of belonging to ourselves and our communities…it was a joyful collaboration.’

Trick Gum – ‘Hurts to Be a Head’: A slow burn ballad over a piano loop with plaintive vocals looking for a cathartic end that never comes. Trick Gum is the brand new project of legendary producer Justin Raisen (who is known for being the producer behind Lizzo, Charli XCX, Angel Olsen, Yves Tymor, Kim Gordon) and his long time soulmate collaborator and cousin Jordan Benik (of cult LA band Sweaters). According to them, ‘Hurts to Be a Head’ is a song about accepting the truths that stand between you and your fantasies and reflecting on whether you care enough for your dreams to face these realities head-on. ‘We came up with the song about halfway through recording, shortly after an isolated Covid Thanksgiving,’ the duo explains. ‘We were pretty spent that night, it had been a difficult week cooped up, Jake Paul had knocked out our hero Nate Robinson, and nothing felt ok. Justin went to bed early that night to try and recuperate watching ‘Phantom Thread’. Jordan, ever the stoic, came up with the music and texted it over via voice memo. The next morning, Justin arrived at the studio refreshed and inspired with the lyrics. The entire song was laid down within 2 hours.’ It comes with a video.

The Joy Formidable – ‘Into the Blue’: Breathy female vocals duetting with emotive male vocals but sounding very bright over a powerful and layered blend of synth, steady drumming, and fuzzy guitars. This is the title song of The Joy Formidable’s anticipated album, set to be released on August 20, via Enci Records in North America, Full Time Hobby in Europe, and Soundly Distro in the rest of the world. ‘Into The Blue’ follows the band’s critically acclaimed 2018 album ‘AAARTH,’ during which the band supported Foo Fighters on their North American tour, were invited by The Cure’s Robert Smith to play his Meltdown Festival in London and Pasadena Daydream fest in LA, and they performed on the mainstage at Reading & Leeds Festival. The band’s new album arrives into a much different world this time around and birthed new energy for the band. Even during the worst times, music will find ways to inspire & thrive.  The album was written in North Wales and later completed at their homes in Utah, ‘Into the Blue’ is about opening your eyes to beauty & love again. Making it to the other side,’ The Joy Formidable’s Ritzy Bryan says, ‘Whilst not conceived as a metaphor for the times we all live in now, it certainly turned out that way.’

Michael League – ‘I Wonder Who You Know’: A booming and pulsing organ combined with vulnerable vocals, soon turning in a dreamy, immersive, and kaleidoscopic pop tune. ‘I Wonder Who You Know’ explores the motivations behind online personae and the impact that social media can have on one’s identity. ‘I’m fascinated by those who live double lives,’ says 4-time Grammy Award-winning singer-songwriter and producer Michael League about the track, ‘and generally very curious about exactly why people wake up in the morning.’ The song (and video here) is featured on his debut solo album ‘So Many Me’ released via GroundUP Music. So Many Me demonstrates an introspective turn and culminating moment for League, the founder of Snarky Puppy and musical director for David Crosby, showcasing the mastery of craft that has made his impact on the industry indelible. ‘This album represents the biggest step I’ve ever taken in terms of really putting myself on display as an artist,’ he says. ‘I tried my best to use the record as an opportunity to express things that normally live deep inside.’

Danielle Eva Schwob – ‘Out of the Tunnel: I. Fast’: A passionate string-driven instrumental by acclaimed composer, performer, and producer Danielle Eva Schwob. The already cinematic track comes with a mesmerizing video, directed by James Mountford (BANKS, Ciara, Chance the Rapper), a photographer, director, and multi-disciplinary artist whose work has appeared in Vogue, Elle, i-D, Dazed & Confused, and more. The new composition is the initial offering from Schwob’s debut full-length album as a composer in the classical realm, ‘Out of the Tunnel,’ out August 13 via Innova Recordings. ‘I wrote the music of ‘Out of the Tunnel’ especially for and in collaboration with PUBLIQuartet, knowing their uncommon combination of skills,’ Schwob explains. ‘They are a unique group, not only with all the classical chops you could imagine but also nearly jazz-level improvisational abilities and a rock-like energy that’s very attractive.’ The upcoming videos pull from Schwob’s various influences as a classically trained musician, from the Bach she absorbed as a child through her father, a classical guitarist, to minimalist icon Steve Reich and the cinematic sounds of Philip Glass and Jóhann Jóhannsson.

Robbing Millions – ‘Holidays Inside’: A buoyant piece of indie-pop with real joy and lots of surprises, running like a frenetic circus, seemingly sampling hundreds of other songs. This comes from ‘Holidays Inside,’ the work of Robbing Millions, the project of Belgian avant-pop musician Lucien Fraipont, and the first outside signing on MGMT Records. The album was born out of Fraipont’s creative compulsion, who, after having amassed a volume of music from constant writing and recording, enlisted producer Shags Chamberlain (Weyes Blood, Ash Ra Tempel) to help arrange his material into a cohesive release. ‘Holidays Inside’ embraces the joy of creation through pure eclecticism, offering welcome surprises around every corner in a way that can’t help but bring a smile to your face. ‘Lucien has achieved that rare balance of experimentation, technical proficiency, and extreme catchiness that makes for a truly exciting and surprising pop music listening experience,’ MGMT’s Andrew VanWyngarden states while explaining why Holidays Inside made for such a great fit for the new imprint. ‘There are lots of unexpected melodies, but not in a contrived way. Those qualities made Robbing Millions seem like an obvious fit for an MGMT Records release.’

Liily – ‘I Am Who I Think You Think I Am’: A forceful, caustic, abrasive single from Liily, whose high-energy live shows are a must-see. They have RATM’s intense rage, the strangeness of raw punk, and the aggressiveness of hard rock and this new single, available via Southern California indie label Flush Records alongside a music video, reflects the manic energy and raucousness of their sound. ‘I am who I think you think I am’ is my personification of the egregious nature of a hyper-accelerated culture and whatever is thrown into that machine no matter what the intention behind it is, it will only come out destructive,’ band member Dylan Nash says. Their performances, alongside a couple of early singles packaged together into an EP entitled ‘I Can Fool Anybody In This Town,’ drove the band to some surprising early successes: performing at Lollapalooza and Bonnaroo, touring across Europe and the United States, then finding themselves on the cover of Spotify and Apple Music’s major rock playlists. But then, as quickly as they appeared, they seemed to vanish. Almost two years later, and now all of 22 years old, the band returns with new music produced by Joe Chicarelli and mixed by Alan Moulder. ‘I think thematically it’s very different,’ says Dylan Nash. ‘I think the intensity of it is very different. I think we had the same intention though which is to completely obliterate people’s eardrums – that’s what it still has in common.’