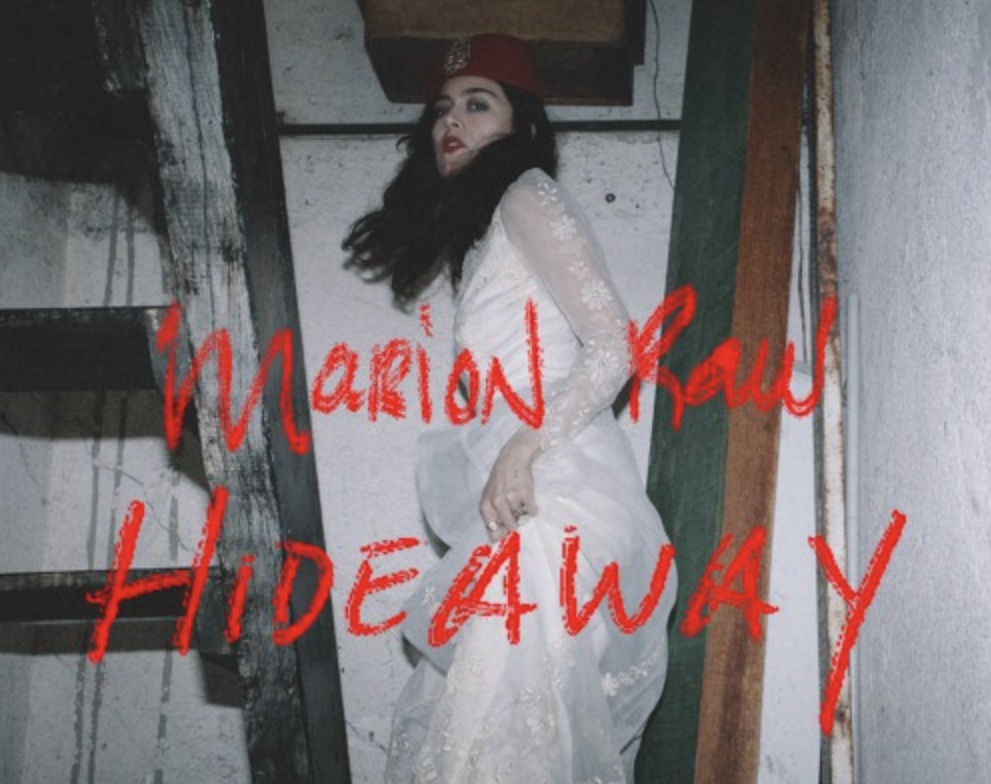 Marion Raw is among the press releases for August

Lisa Crawler, LANY, Trick Gum, The Zolas, The Slang, Marion Raw, and The Furniture are among the new press releases for August

Lisa Crawler – ‘Looking for Love’: A lovely pop song with a fluid melody, a deep groovy bassline, some fresh poppy vocals, and a vintage twist (just like the video accompanying the track). This is the new single from New Zealand-born, indie-pop chanteuse Lisa Crawley’s recently released EP, ‘Looking For Love (In A Major).’ Despite the playful and upbeat mood, the song is exploring the awkward and sad reality, the unsatisfaction of a relationship while imagining instead a more ideal partner. The song was co-written with Grammy-nominated Rob Kleiner and Kevin Gibson. ‘We came up with this concept for a song based on someone who claimed to be ‘looking for love,’ but when coming close to finding it, would find a problem or change their mind,’ recalls Lisa. In the lyric video, the metaphor of love/dating being like fast food is visually brought to life by retro drive-in footage.

LANY – ‘dna’: A slow and emotive ballad saturated by whisper-like vocals. This is one of the two tracks (with ‘up to me’) off ‘gg bb xx,’ the fourth album from Los Angeles trio LANY, out September 3 via Interscope Records. The two new songs follow the first offering from the new album, ‘dancing in the kitchen’ – which Uproxx says ‘showcases the group’s knack for penning relatable pop tunes, emphasizing the importance of enjoying life’s little moments over a joyous beat’ –  and LANY’s first new music of 2021, ‘I Quit Drinking,’ a duet with country superstar Kelsea Ballerini which debuted with a live performance at this year’s CMT Awards last month. ‘gg bb xx’ finds LANY returning to their infectious pop sound, collaborating with an array of notable songwriters and producers including Andrew Goldstein (Maroon 5, Katy Perry, Lauv), John Ryan (Shawn Mendes, Charlie Puth, Harry Styles), David Hodges (Ed Sheeran, 5SOS, Blink 182), Tobias Jesso Jr. (Adele, Sia, HAIM), Dan Smyers of Dan + Shay and more. Fronted by songwriter, lyricist, and producer Paul Klein, LANY has a social media following of 8.2 million people, and the band is playing the Forum here in LA in November, which says a lot about its growing popularity.

Trick Gum – ‘You’re All caught Up’: An aggressive pop-punk energy for a sped-up song shouted like a war declaration on a steam machine. Trick Gum is reminiscent of playful ’90s alternative radio hits and it is the brand new project of legendary producer Justin Raisen (Charli XCX, Angel Olsen, Yves Tymor, Kim Gordon) and his long time soul mate collaborator and cousin Jordan Benik (of cult LA band Sweaters). ‘This was all about Justin on drums and Jordan on bass for the main groove. The cousins were toying around with several concepts, but kind of tuning in on something boingy and ZZ Top. At that point, the song was spankin’ and the boys were juiced. But there were no lyrics yet it had been a day bereft of intellect. Justin went for a run. Inspired by an experience he had with Jordan earlier that day, joyfully unfollowing everyone, an invigorated Justin came up with the lyrics on voice memo. The rest is history,’ a press release reads.

The Zolas – ‘Yung Dicaprio’: A propelling and pulsating song with a vibe à la Dandy Warhols meets Oasis, especially during the bursting anthemic chorus and its punchy drums. The song comes from The Zolas’ new album, ‘Come Back To Life,’ released via Light Organ Records. ‘In our jam space we started fucking around with this nostalgic vibe: like a warped memory of the Britpop music, we obsessed over as kids but never got to make. Eventually, it seemed obvious we had to follow that feeling and make an album of it. I had just come off a long period of writing pop music for other people [including ‘L.A. Hallucinations’ from Carly Rae Jepsen’s critically acclaimed album Emotion] and a co-writing trip in Europe [with artists such as Starsailor’s James Walsh] and it was a spiritual thing to be in a dank room playing loud with our band again,’ the band declared. The frontman describes ‘Come Back to Life’ as a collision between the soundtracks for Danny Boyle’s culture-jamming Trainspotting and Baz Luhrmann’s radical reimagining of Romeo + Juliet. ‘This is the 21st-century heir to those soundtracks,’ he declares. But for all the swaggeringly self-confident vocals and soaring Wonderwall guitars on epics like ‘Yung Dicaprio’ and ‘Miles Away,’ the Zolas aimed for more than carbon copying a classic sound.

The Slang – ‘Nothing Lasts Forever‘: Big rock guitars with an ambitious sound flirting with classic rock solos, hooky-striking pop melody, and direct vocals. This is the new single from Washington, DC-based duo The Slang’s forthcoming debut LP, ‘Divide,’ due out on September 24th. ‘Nothing Lasts Forever’ is about reliance on an unhealthy vice—lyrically crafted such that the vice could be anything from a significant other to an addiction. ‘The song is about addictions in our lives that we seem to never conquer,’ says co-founder John Bobo.  ‘Addiction comes in all shapes and sizes, so we wanted a video that interpreted it as an unhealthy relationship.  Maybe she breaks the addiction, or will the cycle continue?’  The single, and its cinematic video directed by Adio Ash, is the first chapter of the album’s stories. The album features 10 shimmering alt-rock gems written by co-founders John Bobo and Felix Nieto, and produced by Nieto. ‘It’s our first full-length album, so we used that to our advantage to take risks that we may not have on our prior EP’s,’ explains Bobo. ‘As the expression goes, ‘Stories Don’t End,’ so what happens after the movie ends and the credits have rolled? ‘Divide’ is an album about trying to overcome the inevitable, but continues asking that question of ‘what happens next?’’

Marion Raw – ‘Hideway’: A throbbing eerie song, sounding like a traditional but unique piece of music, haunted by Marion Raw’s vocals, falling between Cat Power and Devandra Banhart. Drawing on many of the same sonic elements from her debut album, Raw combines guitar rhythms with echoey drums and spooky harmonies under a tape-saturated haze for a stunning followup, all recorded on a Tascam 8 Track. Her debut solo album, ‘Deep Cuts,’ was released in April. ‘I was always fascinated by adults talking about their lives, and I feel that has strongly colored a lot of my writing,’ shares Raw, also the singer/songwriter in Mexican rock band Love La Femme ‘The melodic accents I was exposed to frequently visit me when I write—from the southern Texan twang to London’s melodic swagger—it’s all very present within my histrionic Mexican roots.’ ‘Deep Cuts’ travels on a ghost highway somewhere between the Mexican – U.S. border, traversing a haunting terrain laden with unpolished collections of covers and original recordings — tattered Americana musical postcards — all completed on an old dusty four-track.

The Furniture – ‘The Sloth’: An hypnotic and drowning atmosphere filled with percussion, drums, and synths, growing like the soundtrack of a mystery movie, and filling the place with suspense and a bit of anxiety. The video perfectly illustrates the music: ‘The Furniture’s music has this particular, carefully crafted, enveloping sound signature that inspired me to work exclusively with analog tools to craft these images. Exploring light pulsations of cathode rays and macro textures of trees, leaves, and skin, echoing that distinctive grain. I processed these images using an array of CRT surveillance monitors and old CCTV cameras to generate feedback and signal degradation. The video has been treated pretty much like sound; an electric signal manipulated through voltage variations and filtered through many stages, looped, retimed, and transformed into this hybrid visual matter,’ director Philippe Leonard shared. The Furniture is the new project of Michael Kuhl and Matthew Pierce, and the pair’s debut album, a meditative trip through amorphous drones, rolling drums, and haunting atmospheres, is released through Cigarettes After Sex’s refreshed label Spanish Prayers.