Press Releases For August: Here are the Artists 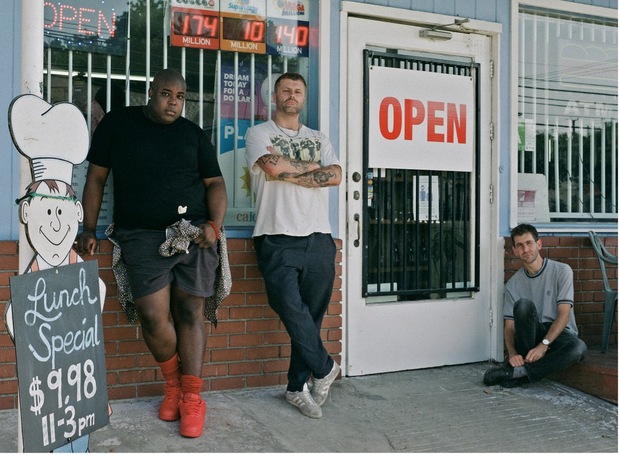 Gabriels, among these press releases for August

Jackson Lundy – ’Mrs. Principal’: A laid-back, sunny tune with a feel-good dose of vintage pop-jazz. This is a song from emerging LA-based artist Jackson Lundy. The track blends a jazzy vibe with a blissful optimism and the entire thing could easily transform into a sing-along chorus at any moment. The track was produced by Ivan Jackson of Brasstracks who originally met Lundy in 2015 as his High School music teacher. ”Mrs. Principal’ is my version of a song like ‘Stacey’s Mom,’’ says Lundy. ‘I wanted to write about the forbidden love that’s so common when you’re a kid. Definitely the most fun I’ve had with a tune.’ Lundy’s music is a blend of R&B, Jazz & Folk mixing softer songwriting with groove-inspired production. In 2016, Lundy released his debut single ‘Calypso,’ which has now surpassed 4 million streams on Spotify and reached #4 on their Viral Song Chat in the United States. Originally from New York, Lundy graduated from Berklee College of Music where he majored in songwriting and is gearing up to release additional music later this year.

Evann McIntosh – ‘COCO PEBBLES’: Sensual spoken words over a jazzy lounge soundtrack with funky basslines and a soulful vibe. The video, which chronicles an unorthodox love story in a dreamlike sequence set in a small-town diner, is intriguing enough to have all your attention. This is a new song from 17-year-old burgeoning talent Evann McIntosh, a clever and slinky declaration of admiration as they recite ‘She’s my second cup of Coco Pebbles every morning/ Pour it over me like milk’ over a groovy bassline. ‘’COCO PEBBLES’ is a track that was inspired by the first time I’d heard ‘Irresistible Bitch’ by Prince,’ Evann explains. ‘It sounds nothing like it, but I’d really wanted to make a funky track like that and this is what came to be.’ Evann’s upcoming project ‘Character Development’ out August 27th via Mom+Pop, attempts to capture the turbulent act of coming-of-age. At times delicate to the touch and at times emanating self-assured confidence well beyond their 17 years of age, Character Development is more than just Evann McIntosh’s transfixing new project; it’s their way of life.

Fotoform – ‘Running’: A dark synth-heavy buoyant track with vaporous to eerie vocals. The band consists of longtime music collaborators (and married couple) Kim House (bass, vocals, synths) and Geoffrey Cox (guitar), joined by former Death Cab for Cutie / Long Winters drummer Michael Schorr. Taking their name from a mid-century avant-garde photography movement, Seattle’s Fotoform create melodic, gauzy, and driving post-punk with their second album, ‘Horizons.’ The new album pivots from the wall of guitars on their self-titled debut to a more nuanced and cinematic follow-up, adding synths and layers of guitars while drawing on the textures of shoegaze and dream pop with the drive of post-punk. On this forthcoming release (October 15), the band updated their dark, left-of-the-dial moods and melodies, weaving in traces of The Cure, Siouxsie & the Banshees, and The Chameleons. Listeners can also hear shimmering tapestries of the Cocteau Twins, For Against, and Slowdive as well as contemporaries Drab Majesty and Soft Kill.

Tora – ‘inundated’: Because of his high-pitch vocals and the smoothness of the melody, the song gave me a Moses Sumney vibe, although it comes from an Amsterdam-based Australian band named Tora. ‘‘Inundated’ is about being absolutely infatuated by somebody, whilst simultaneously being afraid that they are stringing you along, leading you to believe a false reality,’ notes the band’s frontman Jo Loewenthal. ‘It’s about being afraid to fully trust somebody because they make you feel so good that you fear how much power they wield over you.’ The song came together in the late stages of recording the album and, adds Jo, ‘it came together really fast and had this different energy so we felt compelled to include it.’ The video was filmed on the island of Vlieland, in the Netherlands, and the song comes from their upcoming album ‘A Force Majeure,’ out September 3 via Believe Music. The new album follows their richly textured second album Can’t Buy The Mood (2019) and their lushly-layered debut album Take A Rest (2017). The band relocated from Byron Bay, Australia to Amsterdam in early 2020, set to make the city their base; an anchor around which a full year of European and American touring was to revolve. Soon after their arrival, the threat of COVID-19 became a very real presence, forcing Tora to cancel their entire tour schedule, but also retreat into a strict new locked-down lifestyle. Though the opportunity to perform was taken away, the band’s love for creating music remained and so, across the next eight months, Tora’s focus became set on their new record, aptly titled ‘A Force Majeure.’

Surf Curse – ‘Freaks’: A steady beat for a catchy, upbeat song running on a euphoric circle. The track, by acclaimed L.A. duo Surf Curse, was originally independently released on their 2013 LP Buds and has become a rapturous fan favorite at sold-out shows worldwide since. It has had a second wind in recent months thanks to TikTok, and is climbing the charts at Alternative radio and on digital platforms, and has been streamed more than 200 million times to date worldwide. ‘We never had any intention to make a music video for ‘Freaks,’ but when the opportunity occurred we knew what it needed to be,’ says the band. ‘We had to make a video set in Charles Burns’ Black Hole world, which originally inspired the song. We were lucky to cast our friends and put them in this mutant makeup. We were lucky to capture great moments on film and had an opportunity to make an ode to a graphic novel that heavily inspired us.’ Surf Curse is the duo of Nick Rattigan (drums, vocals) and Jacob Rubeck (guitar, vocals) who met in middle school in their hometown of Las Vegas, Nevada. The band will play two very special, intimate shows this fall: September 16 at the Masonic Lodge at Hollywood Forever in Los Angeles, which sold out in minutes, and September 30 at Warsaw in Brooklyn.

Gabriels – ‘Love & Hate In A Different Time’: The song sounds like a jump in the past, encapsulating Black American music history in a few minutes, with smooth vocals, hand claps, warm gospel harmonies, a lot of soul, and a strong cinematic vibe. Gabriels is Jacob Lusk, an acclaimed gospel singer and choir director, and co-producers Ryan Hope and Ari Balouzian who are, respectively, an established film director and a classically trained musician/soundtrack artist. Their music initially garnered attention abroad, leading to a record deal with Atlas Artists / Parlophone and support from Gilles Peterson, Celeste, Paul Weller, Benji B, Virgil Abloh, and Elton John, who branded their title track ‘one of the most seminal records I’ve heard in the last ten years.’ The group first came together in 2016 when Hope and Balouzian were working on a film together. In search of a choir for the project, they met Lusk (who sang with Diana Ross at the Hollywood Bowl and collaborated with the likes of Beck and St. Vincent) in the casting sessions and instantly clicked. The trio spent the next five years cohesively redefining their sound while co-writing what ended up becoming Gabriels’ debut EP, ‘Love & Hate In A Different Time.’

IAMEVE – ‘Unnerving’: A haunting and dark song with Iameve’s ethereal high vocals that have some shades of Kate Bush’s tonality. The song, like the video, stays mysterious and kaleidoscopic with an impressive collection of sonic layers and a cinematic combination of electronics, vocal layering, guitars, and strings. ‘Unnerving’ was written three and a half years ago when Tiff Randol, the mastermind behind IAMEVE, found out that she was going to be a mother. ‘I felt lit up with anxiety about bringing this precious soul into a world that seemed to be on fire, says Randol. ‘It’s a really strange feeling to be filled with so much love and happiness while being so angry and afraid, That’s when the lyric ‘I’m gonna make you right’ started repeating in my head – which was confusing, considering I couldn’t find a way to ‘make right’ a lot of the hate I was seeing. Ultimately, we have to be willing to validate another’s perspective if we want them to see ours – even when it’s ‘unnerving.’ It’s something I struggle with daily and this song and video are a direct reflection of that conflict that’s as much inside me, as it is outside in the world. Having a human that I would do anything for has changed everything for me and I feel hopeful that as a society we will make things right.’ The new mum co-founded the organization Mamas in Music with London-based songwriter Mary Leay (MK & Becky Hill’s ‘Piece of Me’). The organization’s primary goal is to provide resources to make it easier, and possible for mamas to thrive in the music industry,  in addition, to shining a light on mama artists. ‘Unnerving’ is the second single from her forthcoming EP ‘Archetype,’ due out this fall via Mamas in Music.