Press Releases for August: Here Are The Artists 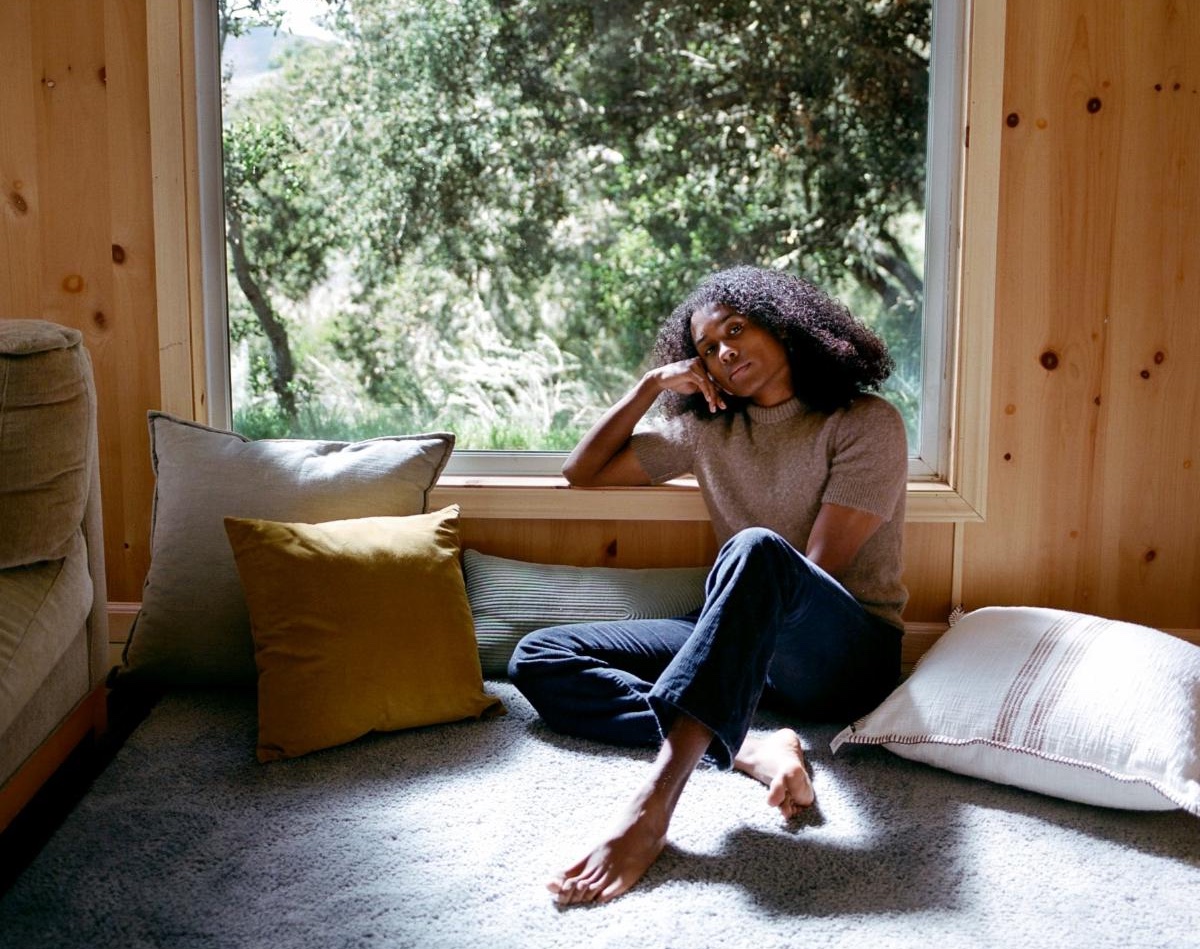 Warmyear – ‘Eliza’: An engaging and upbeat synthpop by Warmyear, the solo project of Sonya Balchandani (bass/keyboards/vocals in The Big Sleep). During the chorus, it’s a bit as if Best Coast had decided to make an all-synth song, but it’s not much more than Sonya Balchandani’s vocals, little Casio keyboard, and Garageband. It is the first single off her debut LP, ‘I Wear The Memory,’ out September 1. The album is the upshot of jumping on a little spark after a year of getting through it. From all the thinking, watching, reading, listening, and mothering came songs about spies, tricksters, rootlessness, searching, truth, and motherhood. The name Warmyear comes from a story by the late science fiction author Ursula K. Le Guin about a world where the seasons are so long, there are warmyears and coldyears, and the album is inspired by her as well, exploring ‘different ways of being.’

Field Guide – ‘Me & You’: A serene and uplifting melody for a song with an intimate and warm vibe, that stays with you when it’s over. It’s the new single off Field Guide’s upcoming LP ‘Make Peace with That,’ out September 17th via Birthday Cake. Dylan MacDonald, whose songwriting has been compared to Andy Shauf or Conor Oberst’s, writes short stories about past relationships, late-night nostalgia and executes them with a soft but powerful voice. ‘Last spring I was taking part in a challenge to write a song every week with some pals,’ says Dylan MacDonald. ‘I had just uploaded the week’s creation and was feeling pleased with myself, which led to exhaling this song in about 15 minutes. Hearing this tune now takes me right back to the first stretch of the pandemic, what a strange/wonderful/tough first few disorientating months it was. I was excited about bringing this song to the band but nervous that it might come out wrong, we ended up making the groove half time and super spacious which was exactly what the song needed.’

KAYMA – ‘Onsitelover’: A club-ready dance song with an exotic feel, pop hooks, and sharp vocals. This is the new single by Tel Aviv’s hottest new act: KAYMA. Fronted by the commercially successful multi-instrumentalist/producer Ori Toledano (known for writing and producing music for some of the world’s largest brands under the pseudonym Snowstar.Company), KAYMA is an edgy pop project with an irresistibly catchy Top 40 feel. The song is about our relationship with the digital world through the story of a couple, bonded by a fatal attraction. The music video explores the couple’s urge to connect as they attempt to find sync, only to be ripped apart. In the series of steamy vignettes, we see their seduction, chemistry, and codependency mirror the ways in which we interact with the internet, and moreover – how inextricably it has bonded to our lives. KAYMA shares: ‘The song is basically an affair we’re having with the online world in the form of seduction. The video encapsulates the interaction we’re having with it through the relations of a couple that experience the distraction, engagement, and the disorientation after the act.’ The debut EP ‘Mid Side Notes’ is set for a release in Fall 2021 via Anova Music.

Jelani Aryeh – ‘Stella Brown’: An indie pop song with a touch of the Strokes in the vocals and plenty of emotions over a catchy rather upbeat rhythm. The song, an ode to brunettes and young love which can resonate worldwide, is from Southern California Jelani Aryeh’s debut album ‘I’ve Got Some Living to Do’ released via No Matter & Imperial. Described as one of the most exciting new artists to emerge in 2021, Jelani brings an emotional depth, spirituality, and substance to his songs that belies his years. ‘I’ve Got Some Living To Do’ sees Jelani exploring new sonic territory. ‘It’s always been a dream to make a guitar-driven record. I think it stems from meeting my ex-girlfriend and her putting me onto bands like Cage The Elephant, The 1975, and Milky Chance,’ recalls Jelani. ‘I fell into a rabbit hole of indie rock, psych rock, noise rock, glam, and folk. That’s just what I like listening to now. Brian Eno, Sonic Youth, Wilco, Radiohead, Love, The Beatles. It just consumes me.’ Jelani will be performing later this year at the All Things Go Music Festival on October 16th at the Merriweather Post Pavilion as well as the First River Festival on October 10th. Jelani will also be playing headlining shows in Los Angeles on August 26th at The Echo and in New York City on October 14th at Baby’s All Right.

Kid Quill – ‘Mood Ring’ (feat. Pressa): A hip-hop song with a laid-back flow over distorted keys. The bright track from the rising Indianapolis-based recording artist also features Toronto rapper Pressa. The feature came together organically when a chance meeting in the studio led to Pressa performing his part of the collab on the spot. ‘‘Mood Ring’ felt like the perfect left-of-center collab for Pressa and me: a song ppl wouldn’t expect, which is something I always like to do with my records,’ Kid Quill notes. ‘The song is about just having your best day, and about going to get what’s yours, and not taking ‘no’ for an answer. I hope it finds a spot and helps as everyone moves through their day-to-day life trials.’ Look for more from Quill in the coming weeks and months.

Jalen Santoy and Nyla Symone – ‘Stay’: A song shifting from hip hop to melodic pop to something a bit more exotic, thanks to the beats, percussion, and background noises of the song. ‘Stay’ is an enchanting song that makes you want to move as soon as you press play. Made from scratch at around 4 am, the track came together purely based on the good energy in the studio that night. ‘While writing the song it made me reflect on personal relationships I’ve had that didn’t work out, where self-awareness saved me,’ notes Jalen. ‘Knowing what’s for you, and what’s not, allows you to be intentional about where you invest time, energy, and money. Some things ain’t you.’ The Charlotte, NC-based rapper grew up in a musical household with a strong jazz influence and by 15, caught the attention of rapper Big Pooh. From there, his hip-hop jazz fusion led to his hit single ‘Foreplay’ garnering 141 million+ streams on Spotify and 6 million+ on YouTube, among others. He is an emerging young star who is primed to make an impact in 2021 and beyond.

UPSAHL – ‘Time of my Life’: An introspective and confident anthem off UPSAHL’s debut album due out this October on Arista Records. The pensive track’s melodic hook and punchy chorus put her addictive sound and songwriting prowess front and center. Directed by George Gallardo Kattah, the playful video juxtaposes present-day UPSAHL with a younger version of herself, allowing moments of childhood nostalgia to manifest in the now. Raw and vulnerable, UPSAHL invites viewers to tag along as she wonders, ‘How come all the worst days are in the time of my life?’ Of the song, UPSAHL explains, ‘I wrote ‘Time of my Life’ about being the happiest I’ve ever been, while simultaneously being the saddest I’ve ever been. I’m at a place in my life where I feel like the highs are really really high, but on the flip side, it makes the impact of the lows even lower. The day we wrote this song, I had the line: ‘How come all the worst days are in the time of my life?’ dancing around in my head… So we ended up making that the chorus and building the rest of the song around it.’ Of the video, she added, ‘For the music video, George, the director, and I really wanted to emphasize the nostalgia that this song sparks. Personally, I feel like some of my most reflective moments are in the shower, so we wanted the video to take place there while flashing back to some of the best and worst moments of my life. We wanted it to feel very dramatic and introspective, so we shot the video on a high-speed camera at 60-1000 frames per second to make it all look like it’s moving in slow motion.’