Press Releases For April: Here Are The Artists 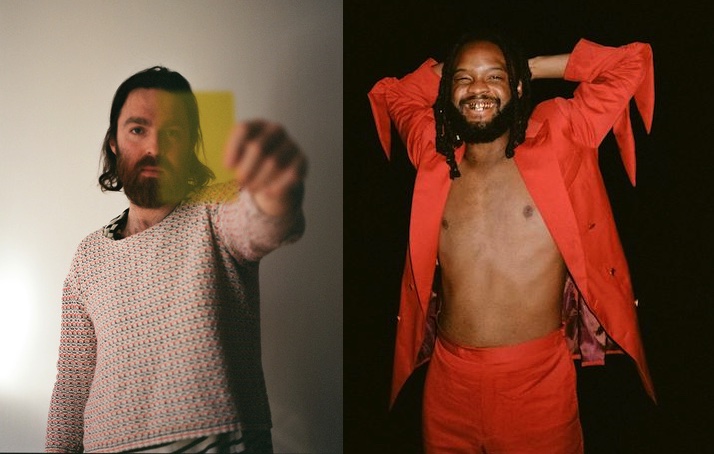 Chet Faker – ‘Whatever Tomorrow’: A dichotomous track with spacey synth, metallic beats, and Chet Baker’s sleepy and raucous vocals. ‘It’s a rebellion to this idea that you have to wait for the things you need,’ Murphy says of the new track. ‘It felt like we were being sold tomorrow and we were paying for today. I was saying, ‘Fuck your tomorrow, we deserve our lives now.’’ The song comes from his upcoming LP ‘Hotel Surrender,’ out July 16 on his own Detail Records in partnership with BMG. ‘Whatever Tomorrow’ comes alongside a self-directed video. ‘Hotel Surrender’ is a ten-track odyssey made entirely alone in Murphy’s New York studio. Thematically, it embraces joy and simultaneously confronts the perils of our modern age head-on. ‘There were a lot of heavy perspective shifters for me,’ says Murphy. ‘I really just thought of the music in a different light. I look at it as mass therapy now. I think I used to see it as this plight like I was on a crusade or this creative odyssey. Now I see that it’s more Shamanistic. You’ve got to find some light—or sometimes dark, whatever’s right—and share it. I realized that was the heart of the Chet Faker project. And I felt like the world was hurting, so I thought, ‘I can do a small something to give people some joy.’

Bahari – ‘Jackie Kennedy’: An emotional, even sentimental piano ballad served by a romantic video showing the rising alt-pop duo, Ruby Carr and Natalia Panzarella, sitting side by side at a piano. Soon, Natalia, who is wearing a gothic white dress, sings while wandering through an ornate empty old mansion. ‘I never had any intention of this song ever leaving my bedroom,’ she says, ‘but after realizing it helped me, I can only hope it can at least be a moment of compassion and sympathy that others can relate to. Right now, more than ever we have to check in on each other and be there for one another. It’s okay to feel sad, but it’s really fucking scary feeling alone.’ The tracks already released by the duo have tallied over half a million cumulative streams, and last year, they dropped ’Waking Up The Neighbors‘ and ‘Savage‘ remix featuring rapper BIA. Now in partnership with Epic Records, the girls are readying more new music, coming soon.

KendyX – ‘For Me’: Long Beach-by-a-way-of-Chicago, KendyX is the new rising R&B star who was one of the power-house performers at the inaugural Rose Fest, last Saturday. Produced by Ayo & Keyz, the sensual and catchy debut single has plush melodies and lyrics that command attention from the budding star. ‘it feels so surreal to have my debut single out! ‘For Me,’ gives a sweet intro to all the surprises I have in the works,’ KendyX says. ‘The most exciting part of this is having the opportunity to share my story and sound.’ With a dream of spreading love, peace, and unity with the world through music, she is also a high-level gymnast from the age of three years old, and she did command a perfectly orchestrated choreography last Saturday.

School of X – ‘Away’: A hooky nostalgic pop song from Copenhagen, shuffled by drums and an atmospheric saxophone. This is the lead single from School of X’s Rasmus Littauer’s upcoming album, ‘Dancing Through the Void’, out September 24 via Tambourhinoceros. In early 2020, as the first single from his debut album ‘Armlock’ was out, Littauer had just played his first Danish headline tour, and he was ready to hop on the plane for gigs in London and the U.S. at SXSW. But the pandemic happened, and instead of touring, he took off to his childhood home in the Danish countryside. After six weeks alone and soon after the release of his debut album, he came back to Copenhagen with the songs for his sophomore album ‘Dancing Through the Void’ already under his arm. ‘To me, this is a beautiful love song with a very melancholic twist,’ he says of the single that comes with a video. ‘It’s, on one hand, describing the love that was there, and on the other hand, the love that is gone and how hard it is to miss who used to be your best friend. Suddenly this one person is not part of your life anymore, going from being everything to nothing. It’s about realizing that and dealing with it as well as you can.’ ‘I wanted to make a simple video, with subtle storytelling, without making a narrative—a story that would build on the emotions of the song. The video was made with director Stroud Rhode Pearce and I think he did exactly what he needed to do. He made the song sound better with his very cinematic yet intimate style.’

Tora – ‘Why Won’t You Wait’: A dreamy, electro-pop song with the right placement of light jazzy touches, electronic textures, and bouncy and confident vocals. The track, about the fear of being forgotten in a long-distance relationship, is the single from Tora’s new album ‘A Force Majeure,’ out in September. It follows his 2019’s richly textured second album ‘Can’t Buy The Mood’ and his 2017’s lushly-layered debut album ‘Take A Rest.’ The accompanying visually rich video was filmed in the border forests of France and Belgium in September 2020, and directed by Bob Sizoo. The Amsterdam-based Australian band has already received support from respected members of the international music community including both Sir Elton John (Beats 1), Annie Mac (BBC Radio 1) as well as Resident Evil and Fifth Element star Milla Jovovich.

Jeremy Jay – ‘Shoegazing at the Mall’: A full symphonic soundscape for Jeremy Jay’s morose and drunken delivery. The result is unexpected but cinematic, a swelling orchestration with powerful strings and disillusioned storytelling inspiring sadness or life anxieties. This is the lead single off London-based Jeremy Jay’s upcoming LP, ‘Devils Daughters,’ out June 26th on Switchblade Sound. On ‘Shoegazing in the Mall’ Jay eulogizes the death of a love. The personal tragedy in his life. The separation with his fiance. A string quartet rush of heartbreak that almost leads to real-life suicide but finds a way to live. Jay has found his way through the darkness. Using a new method of recording, Jay having recorded all the instrumentals in the summer, took it upon himself to record all the vocals in a stream of consciousness fashion taking 1 take on each song. Improvising the lyrics at the same time. Jay likens it to when you have something to say sometimes it just flows out uninterrupted. Inspired by the likes of Lydia Lunch, Skinny puppy, and Krzysztof Komeda, Jay has taken his vintage machines, the oberheim dx drum machine, Oberheim Ob8, Korg Monopoly, and Emulator 2 to create and combine a pounding bass and beat (the deep bass kick in the tracks is created by the monopoly) with soaring high strings and percussive pianos.

Genesis Owusu – ‘Don’t Need You’: This genre-bending track exults coolness with a giant hook and a funky swagger. His breakthrough song recently got a remix, featuring celebrated Chicago Rap God Mick Jenkins, while his debut album, ‘Smiling With No Teeth,’ was released to universal acclaim this spring. The 15-track LP seamlessly defies genre boundaries while delineating the nuanced complexities of mental health, as well as Owusu’s experience of living as a black man in a white society. Owusu illustrates each disclosure from within his mind under a tessellation of soundscapes, moving through future-funk, rap, and OG hip-hop to guitar-laden odysseys veering from punk and indie-rock to tinges of wistful folk. Smiling With No Teeth, at its heart, remains dedicated to Owusu’s core audience, those who live outside of the box, out of choice, or in a decided lack of belonging. The acclaimed Ghanaian-Australian has finally announced his first US tour, and for more details visit: https://www.genesisowusu.com/tour.