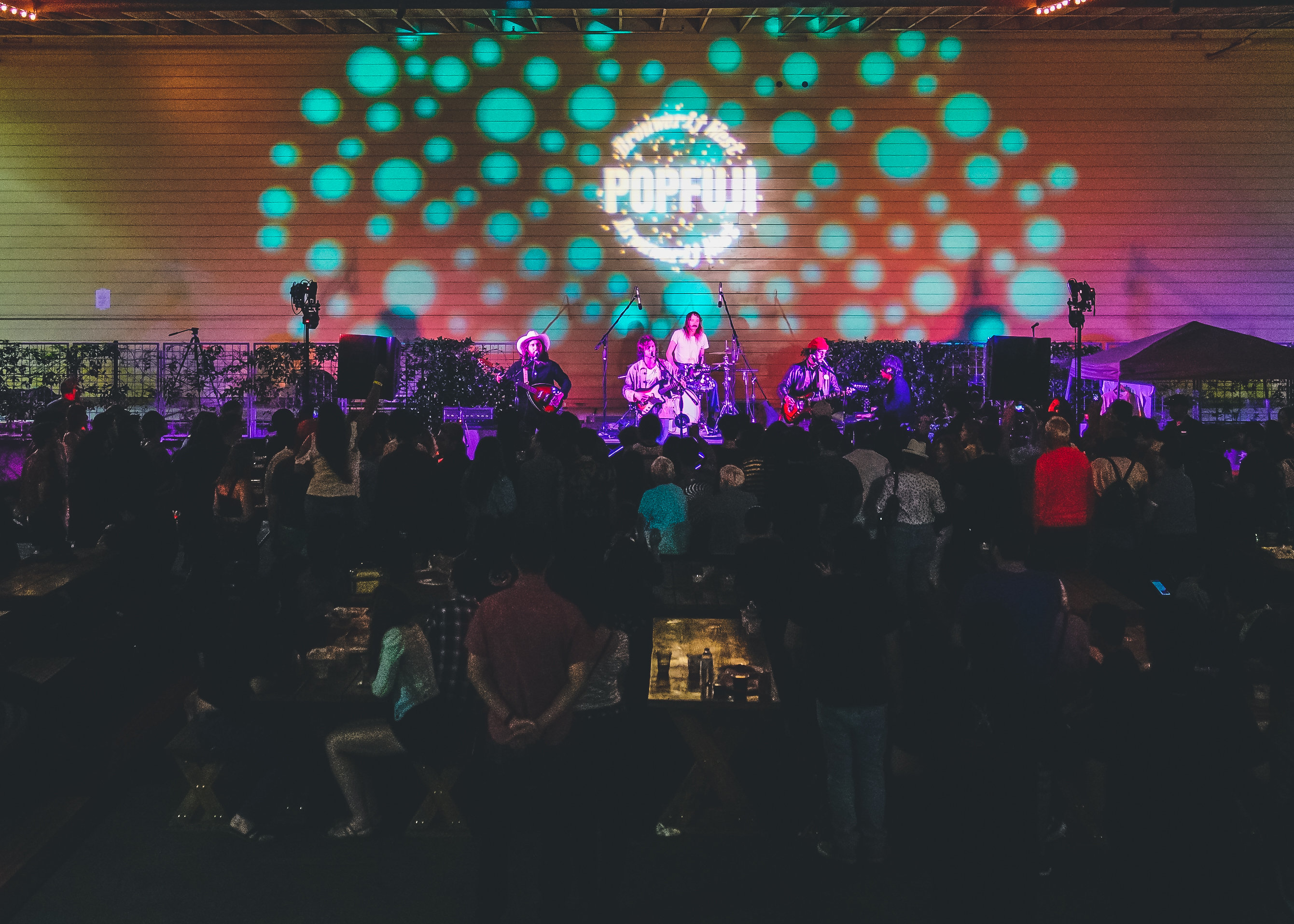 Doors are at 6:00pm
All ages * FREE
(register for your entrance, HERE)

Brouwerij West features a summer of great music, award-winning beer and local food vendors making it the go-to destination for entertainment and community.  “Popfuji” is the five weekend concert series will continue with shows planned on June 16 (Father’s Day), July 13, and August 17, winding up with an exciting finale concert on September 14. Remaining line-ups and information to be announced shortly.

All events will take place inside the wooden WWII-era 8,000 square foot brewery space or within the 17,000 square foot outdoor courtyard space shared with the Crafted Marketplace so that attendees can enjoy the waterfront adjacent beautiful and comfortable space.  Brouwerij West strives to provide a family-friendly environment where family and friends of the community can join together in our “Town Square” environment and enjoy each other’s company along with high quality beer, food and entertainment!

About Brouwerij West:
Brouwerij West is a unique craft brewery and venue located in the San Pedro neighborhood of Los Angeles. Brouwerij West was founded in 2010 and opened its San Pedro brewery in February 2016 in a former Port Warehouse originally built by the U.S. Navy during World War II. Brouwerij West’s operation encompasses 26,000 sq. ft. of the Crafted at the Port of Los Angeles facility, including 8,000 sq. ft. devoted to visitor use for its Tasting Room and events, as well as a 17,000-sq. ft. outdoor courtyard/beer garden. Inspired by the past, Brouwerij West brews its beers using traditional ingredients and methods combined with progressive experimentation to produce its own take on Belgian-Style Ales, Pilsners, IPAs and more. All Brouwerij West beverages are Vegan. Brouwerij West’s new facility is covered with solar panels and generates more electricity than it uses, and its mash filter-based brewery uses 30% less water than traditional breweries.