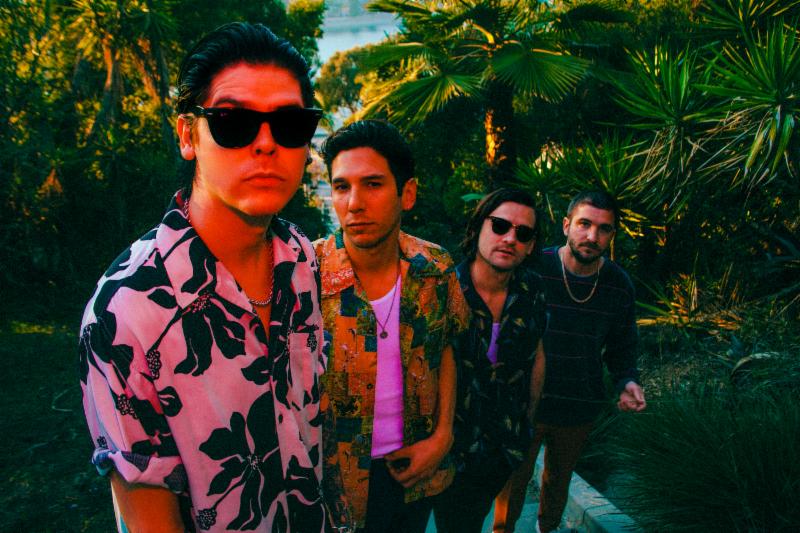 On Tour Now with All Them Witches, Headline Shows Set for this Spring

“When we were writing ‘New Comedown,’ there were a lot of colors and themes that were coming through, so we thought it best to finalize the verses once we were in the recording studio,” notes the band’s frontman Brandon Blaine. “The energy, urgency, and excitement there was unmatched. We caught lightning in the booth and trapped it in the recording.”

Plague Vendor is Blaine (vocals), Michael Perez (bass), Luke Perine (drums and percussion) and Jay Rogers (guitar). A fearless our-way-is-the-hard-way work ethic and famously physical live shows won the Southern California-based band a ferocious fan base and place of pride on the Epitaph Records roster. They are currently on the road taking their live show to venues around the country–supporting All Them Witches now, with select headline shows set for this spring. See tour dates below.

By Night sees Plague Vendor stretch and warp their songs, discovering a merciless sense of tension and apprehension that set every moment on edge. It captures the feeling of ruin and regeneration, of charisma and catastrophe and of slashing at the night with nothing but pure electricity. And, with Congleton’s precision production, they found their own way between the powerful-but-too-polished sound of right now and the engaging-but-aging reinterpretations of classic punk/rock albums of the 60s and 70s. Congleton’s limitless encouragement also led Plague Vendor to do things they never did before: chorused bass in endless waves, lightning-strike flashes of synth, motorik man-machine drums that sound inhuman and human at once and even a string section that’ll be a surprise if they ever do it live.

On By Night, Plague Vendor broke out new vocal ideas, new vocal styles, new depths of imagery and intensity that feel like flashbacks instead of pop songs. If BLOODSWEATwas a primal scream, By Night would be a precision attack.

+Notes dates with All Them Witches