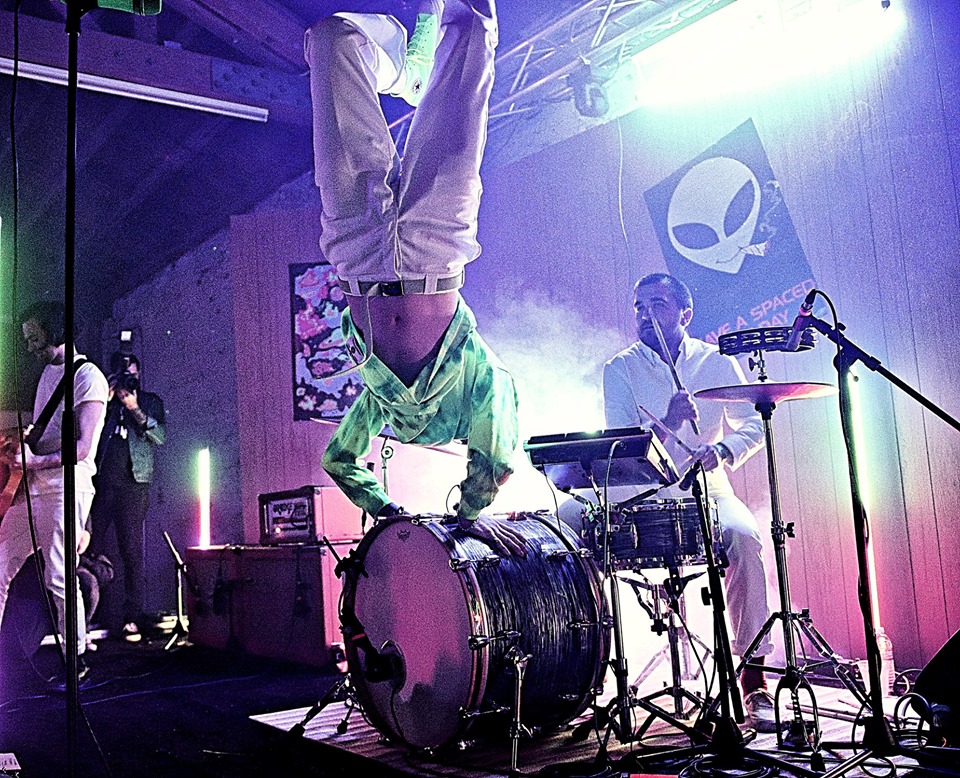 There are many reasons to be mad and angry at the world right now, and not too many outlets to let your inner rage out! One way would be to listen to the album that Plague Vendor just released because each song of ‘By Night’ has the rage needed to match yours and the swagger of a thousand punk bands.

The quartet from Whittier was celebrating the release of their new album with a show at the House of Machines, a perfect venue for the new punk generation, and, in about an hour and a half, the energy and the urgency packed in the 10 songs of ‘By Night’ and beyond — they played the album in its entirety plus a few ‘oldies’ — were truly palpable.

Charismatic frontman and vocalist Brandon Blaine is one of a kind, a visceral scream with plenty of confident punk star moves, who owns the stage as soon as he steps on it. With Michael Perez on bass, Luke Perine on drums and Jay Rogers on guitar, the band perfectly captures a classic punk rawness, slaying the stage with an electrifying sound and plenty of catchiness.

‘By Night’ is Plague Vendor third album, and since ‘Free To Eat’ (2014) and Bloodsweat (2016), you can tell that the band has built a loyal following, I included. Blaine’s delivery has gained in ferocity since the first time I saw him, while the menacing bass lines, the screaming surfy guitar riffs and the powerful drumming build tunes you can shout along with your fist in the air. Plague Vendor may be experimental, even noise-oriented at times, but they never lose their great sense of melodies, and after a few old songs including the terrifying ‘Ox Blood’, a sneaky dark alley walk exploding in a scream where Blaine sounds equally hunted animal and predator, ‘By Night’ exploded in all its swagger and darkness. It started with the infectious ‘New Comedown’ and its violent gut-stabbing-head-banging, ‘You’re my new comedown/ I love when you put me down’, spat by Brandon Blaine with a firing energy in repeat while he was nervously walking on stage like a trapped feline, before jumping on the drumset or a monitor. As usual, he was certainly a scene to watch, with his neon yellow shirt, he was binding the tragic to the comic at each one of his inventive and acrobatic moves, leaving a trace of imaginary blood at each line screamed with a vicious attitude.

‘Nothing’s Wrong’ and its propelling mean bass line, that could have been found on the last Voidz’s album, made Blaine yell with his wounded high-pitched shriek: ‘My body’s numb but that’s okay/I wouldn’t have it any other way’, while shaking his body into a frenetic dance. ‘All of the Above’ had a catchy song structure and so much style that the tune could have made any successful indie band bite the dust, and ‘Let Me Get High/Low’ and its dark embrace through psychedelic vibrations was a slight change of pace but not a change of tone.

There were the violent guitar attacks of ‘Prism’ accompanied by Blaine’s restless attitude, before the confessional blood-on-the-rock-n-roll-tracks of ‘White Wall’, ‘And I owe it all to Rock n Roll/Take your blood put it on the line/Your name in lights by the end of the night’.

Each song brought a tremendous reaction from the crowd and ignoring what chaos was happening behind my back, I was more than ever concentrating on the stage action when Blaine took the expected crowd bath. And from cold ‘Night Sweats’ (and its Hanni El Khatib vibe) to the alligator boots/bleach hair/prayer to the devil tale, ‘Snakeskin Boots’, from vocals assaults to aggressive rap delivery, they wrapped the show with their badass single ‘Locomotive’ a propelling fast ride fueled by Brandon Blaine’s hot bloody scream… However, the crowd didn’t let them go without an encore…

Plague Vendor’s new ‘By Night’ is not your ordinary punk bite, each song builds a unique raw tension, while the music, embodied by Brandon Blaine’s unapologetic all-red-screamed delivery and physical performance, reveals hooks that kept the crowd in a high level of excitement all night long.

Released via Epitaph Records, ‘By Night’ was produced by John Congleton (St Vincent, Sharon Van Etten, Chelsea Wolfe), and with an upcoming tour in the US/Europe, it could be the one that makes the world discover their greatness. 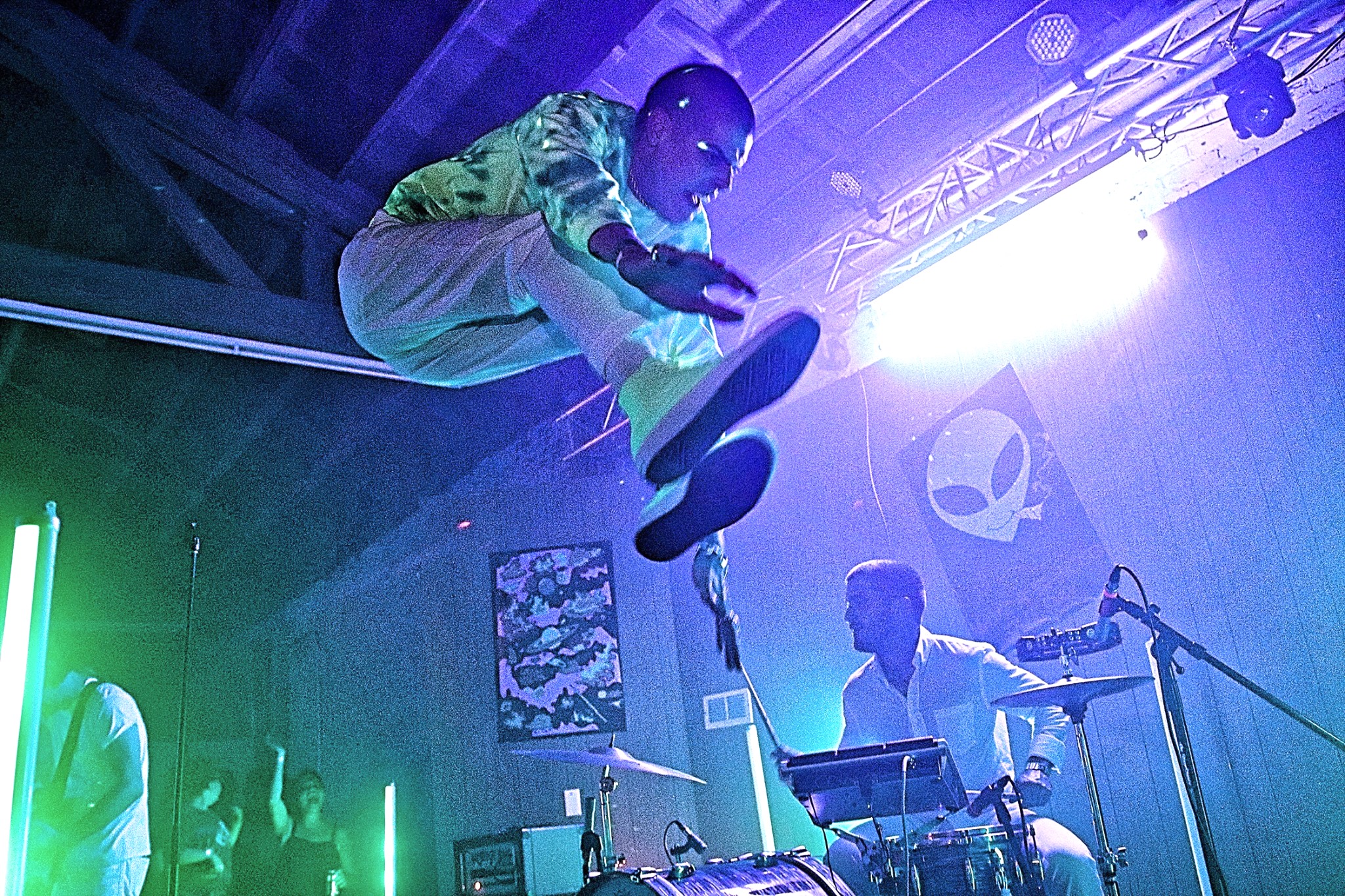 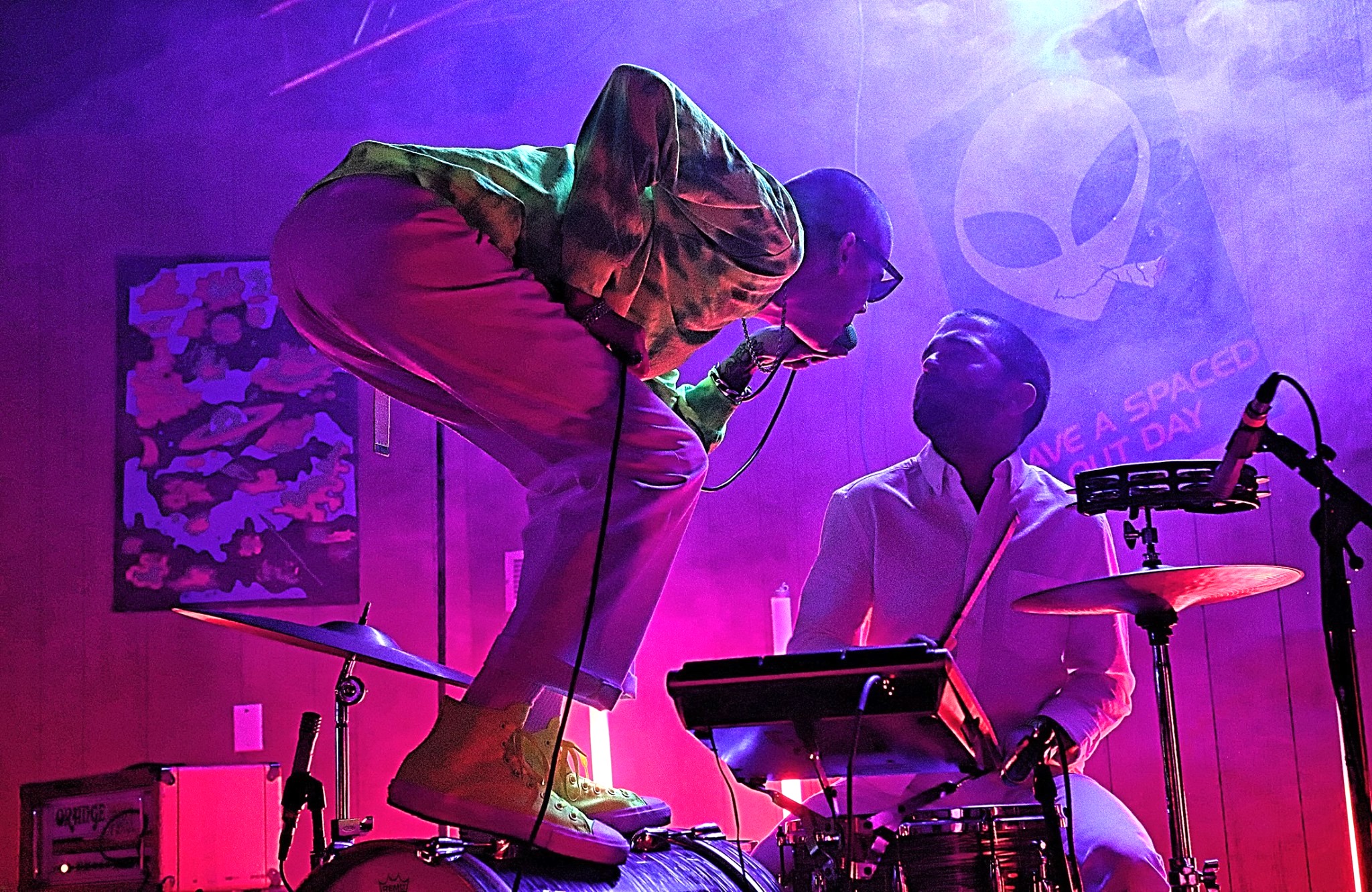 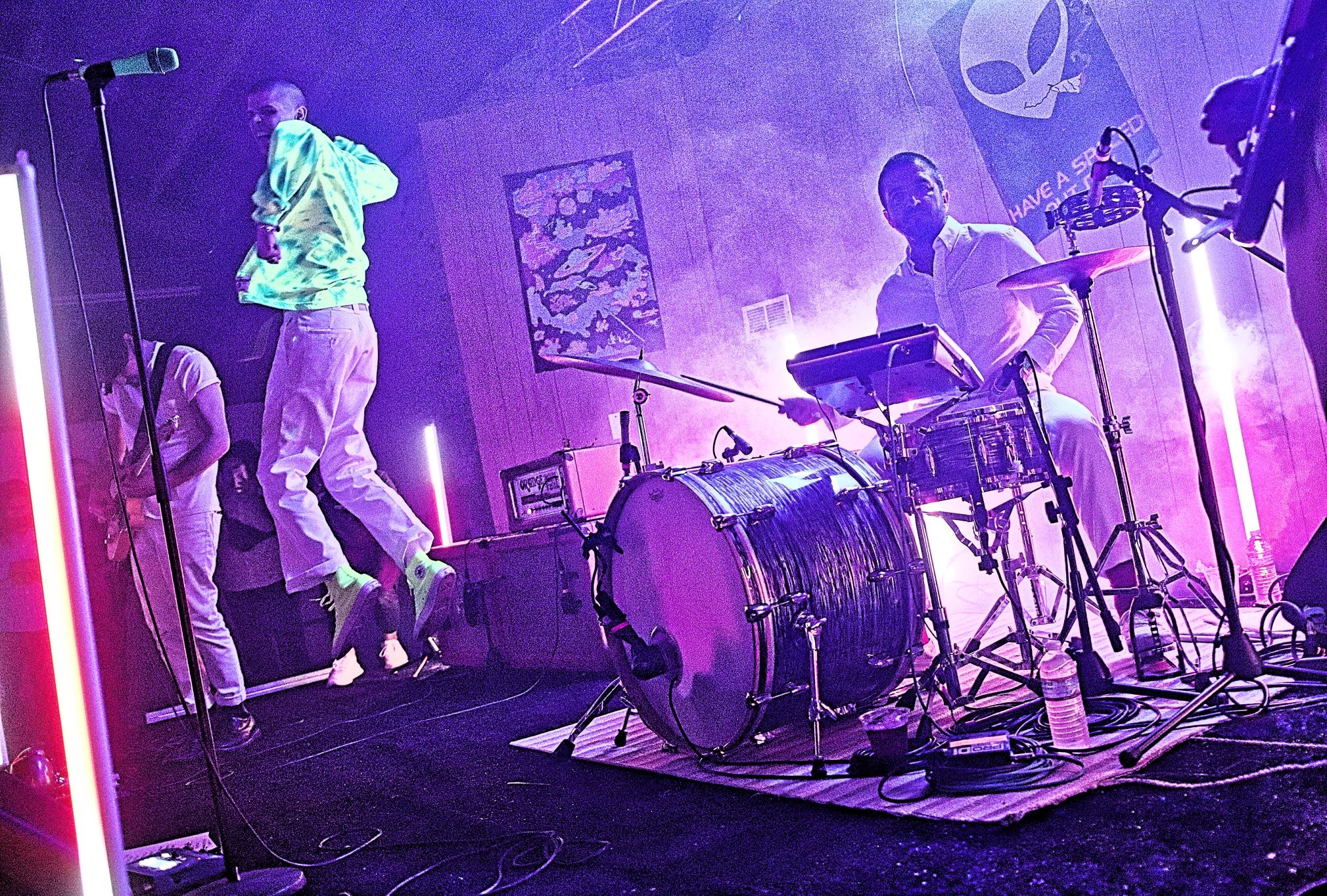 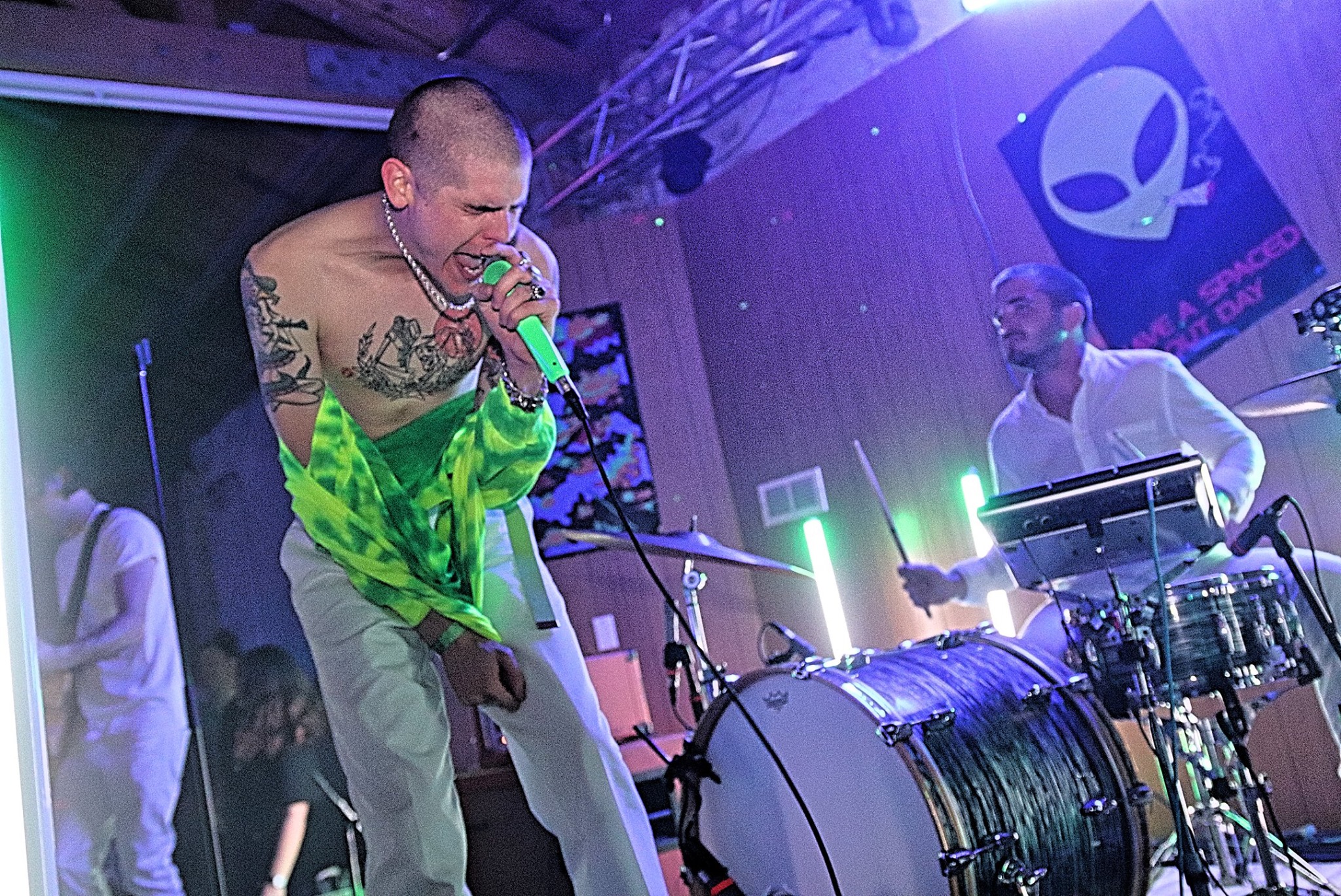 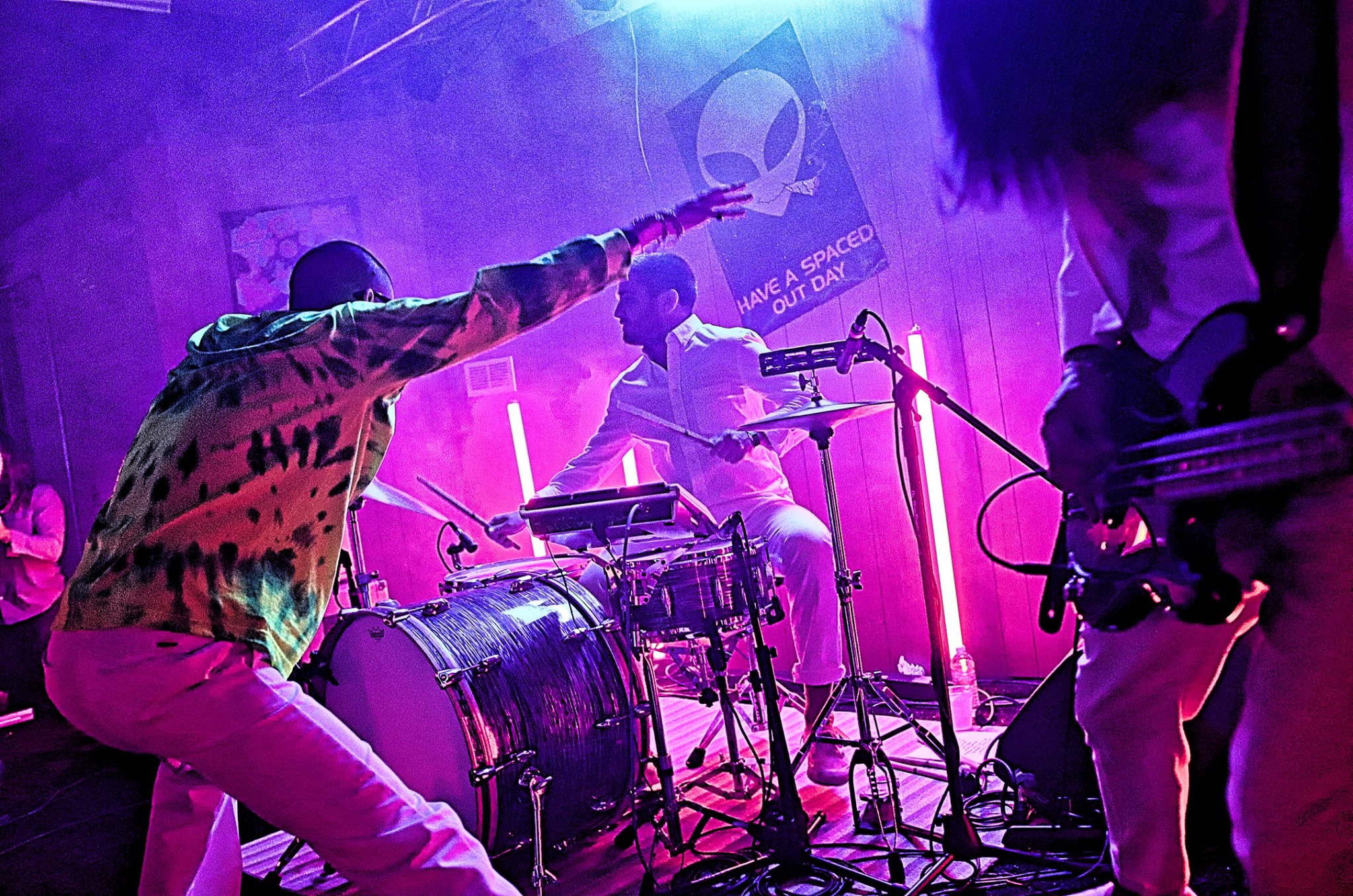 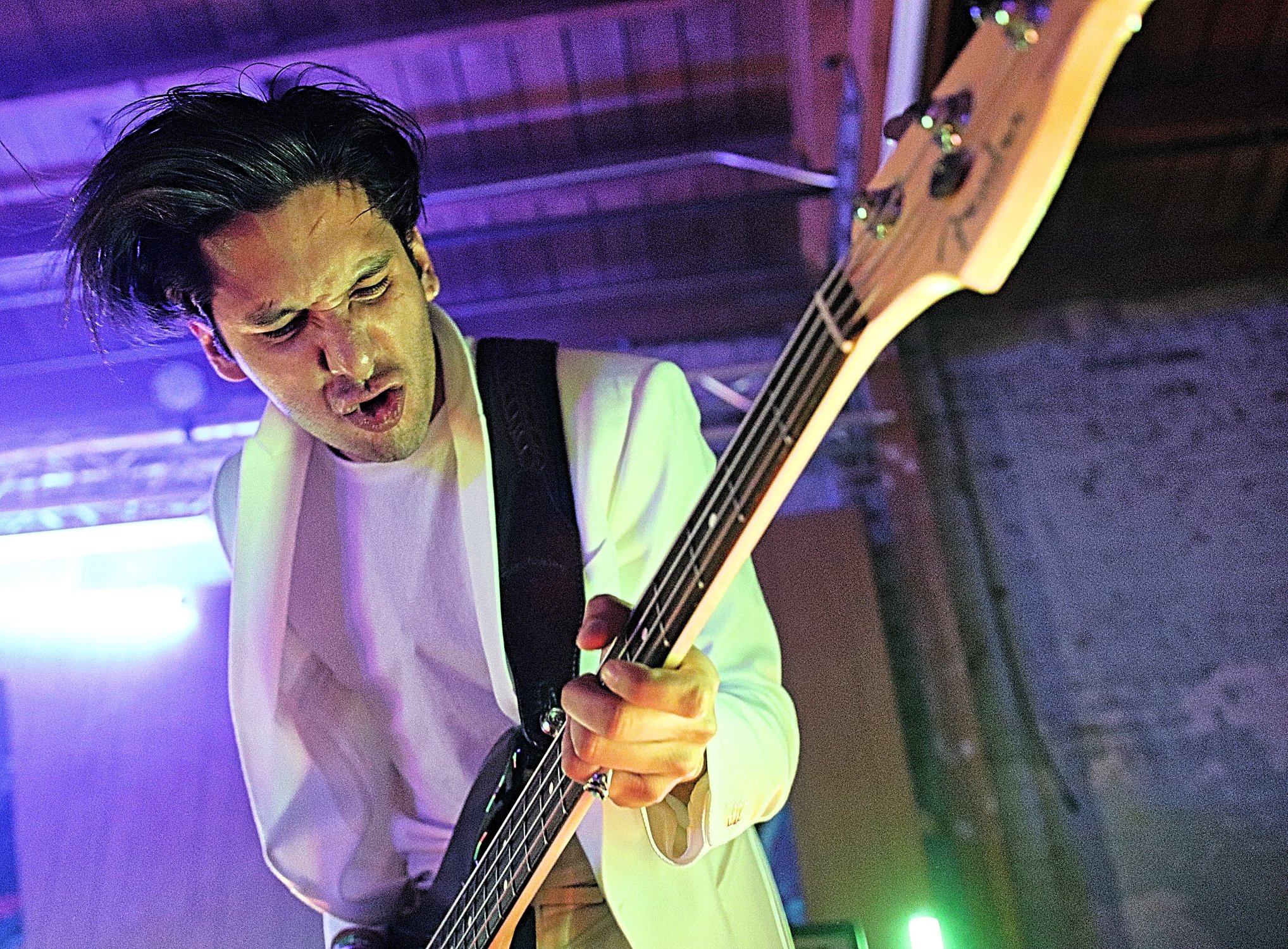 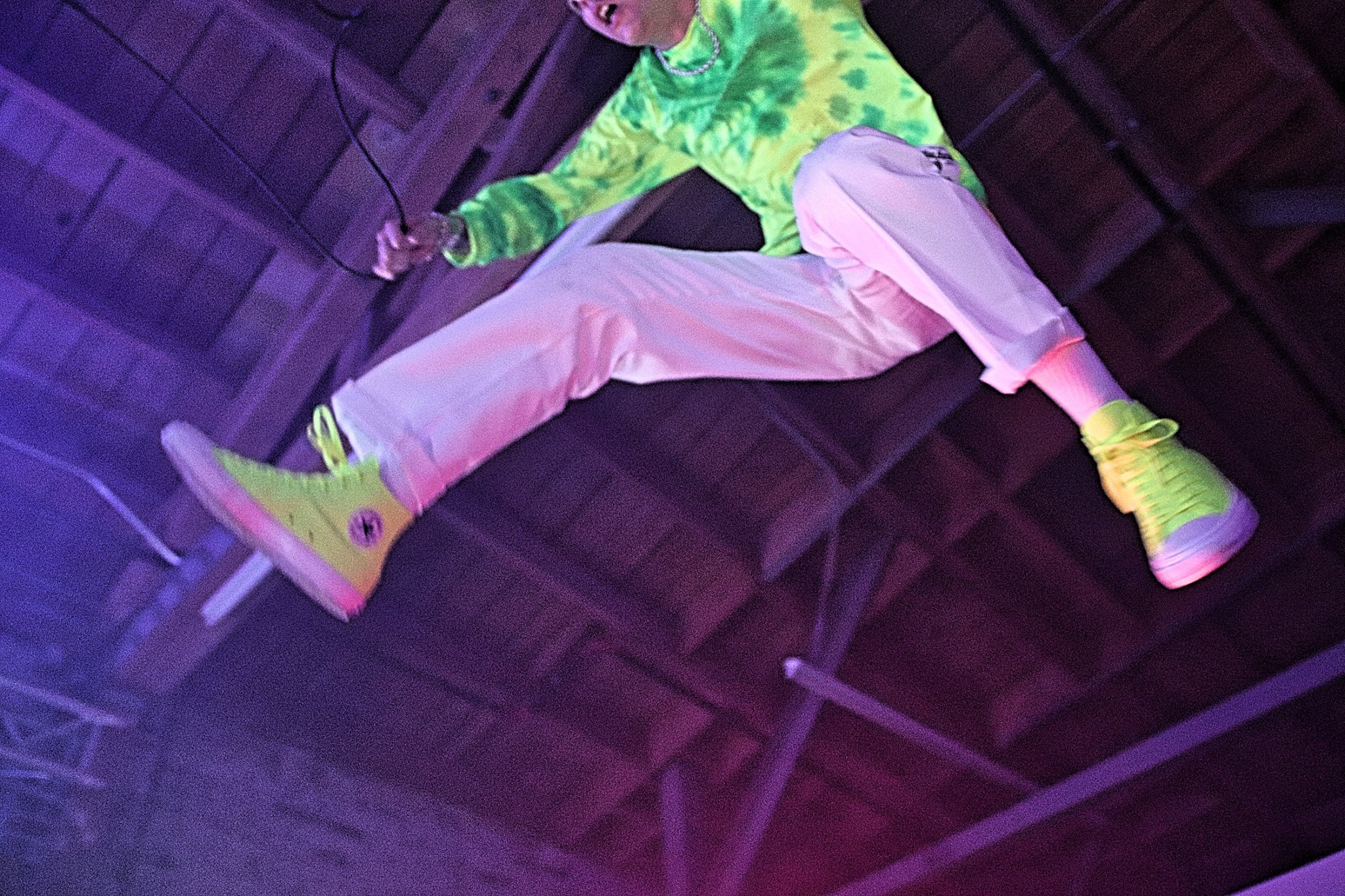 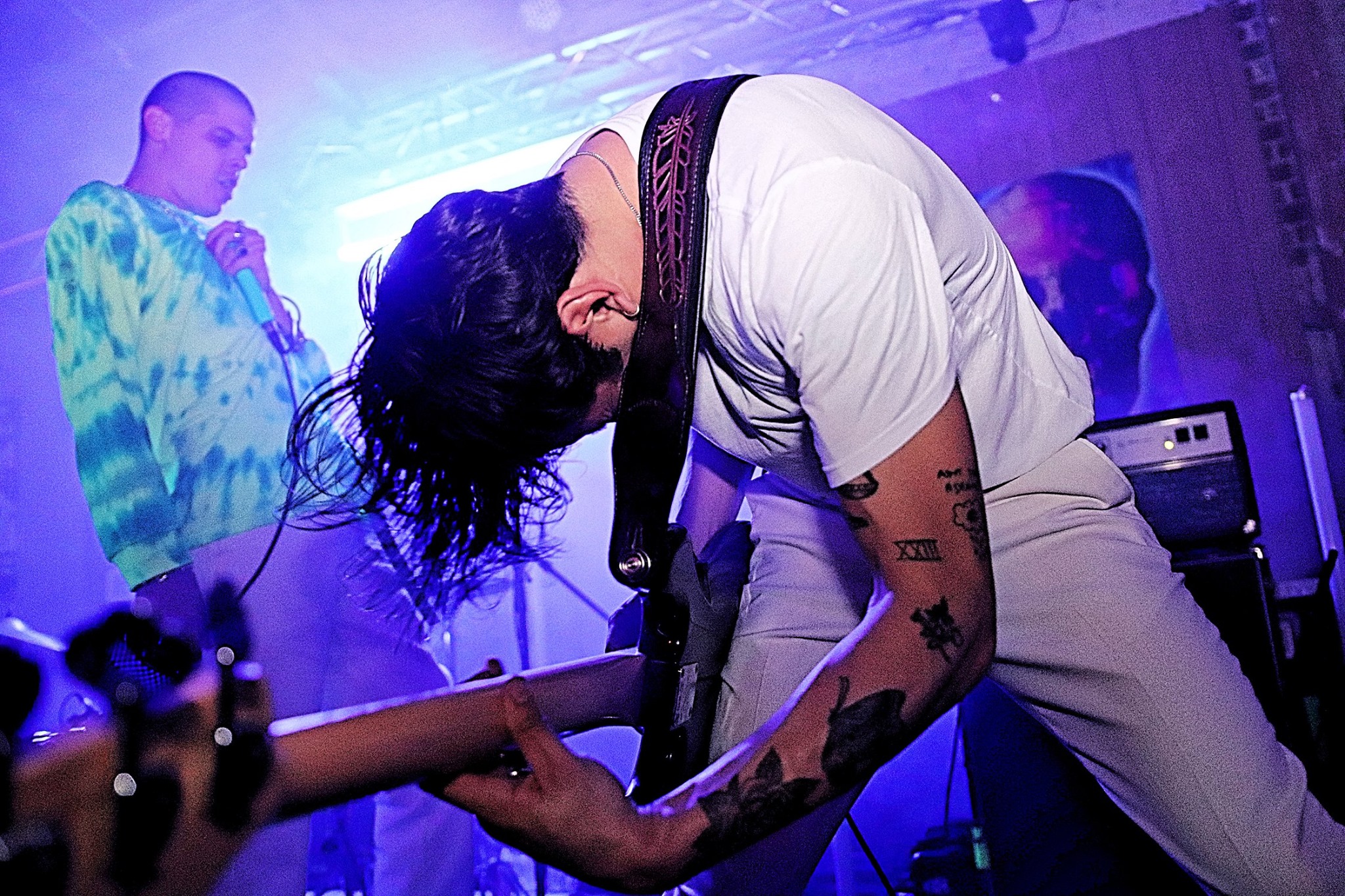 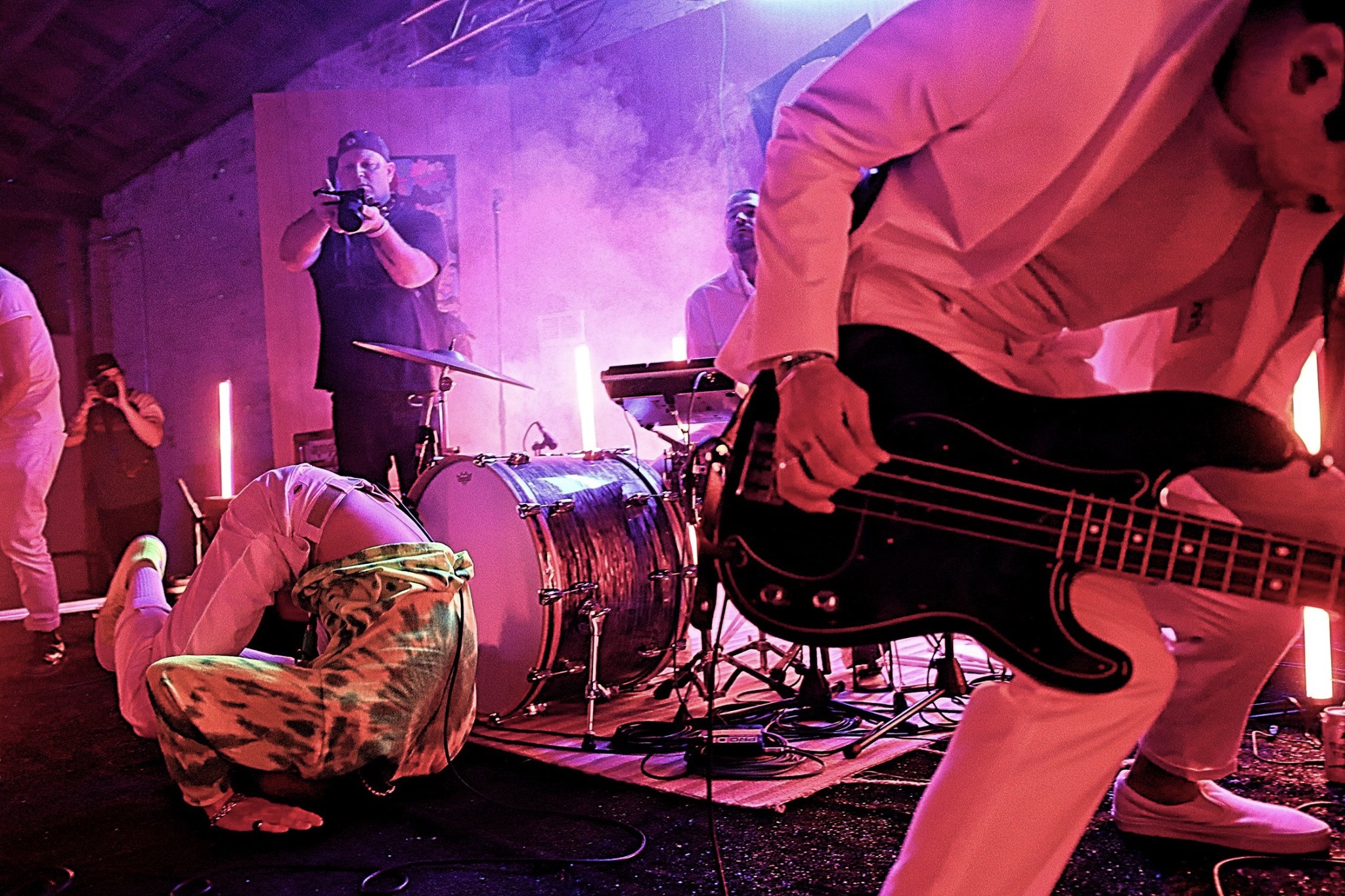 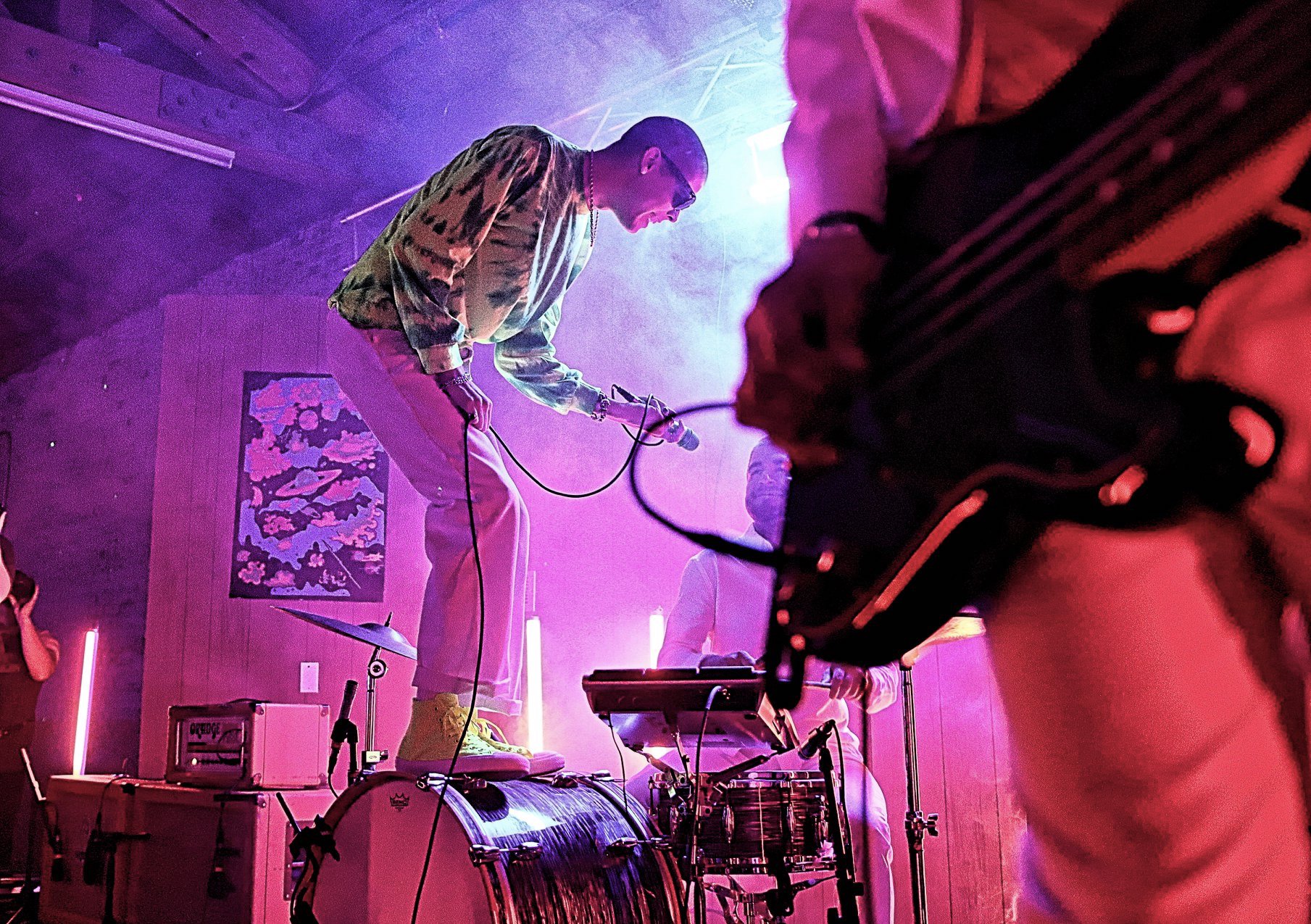 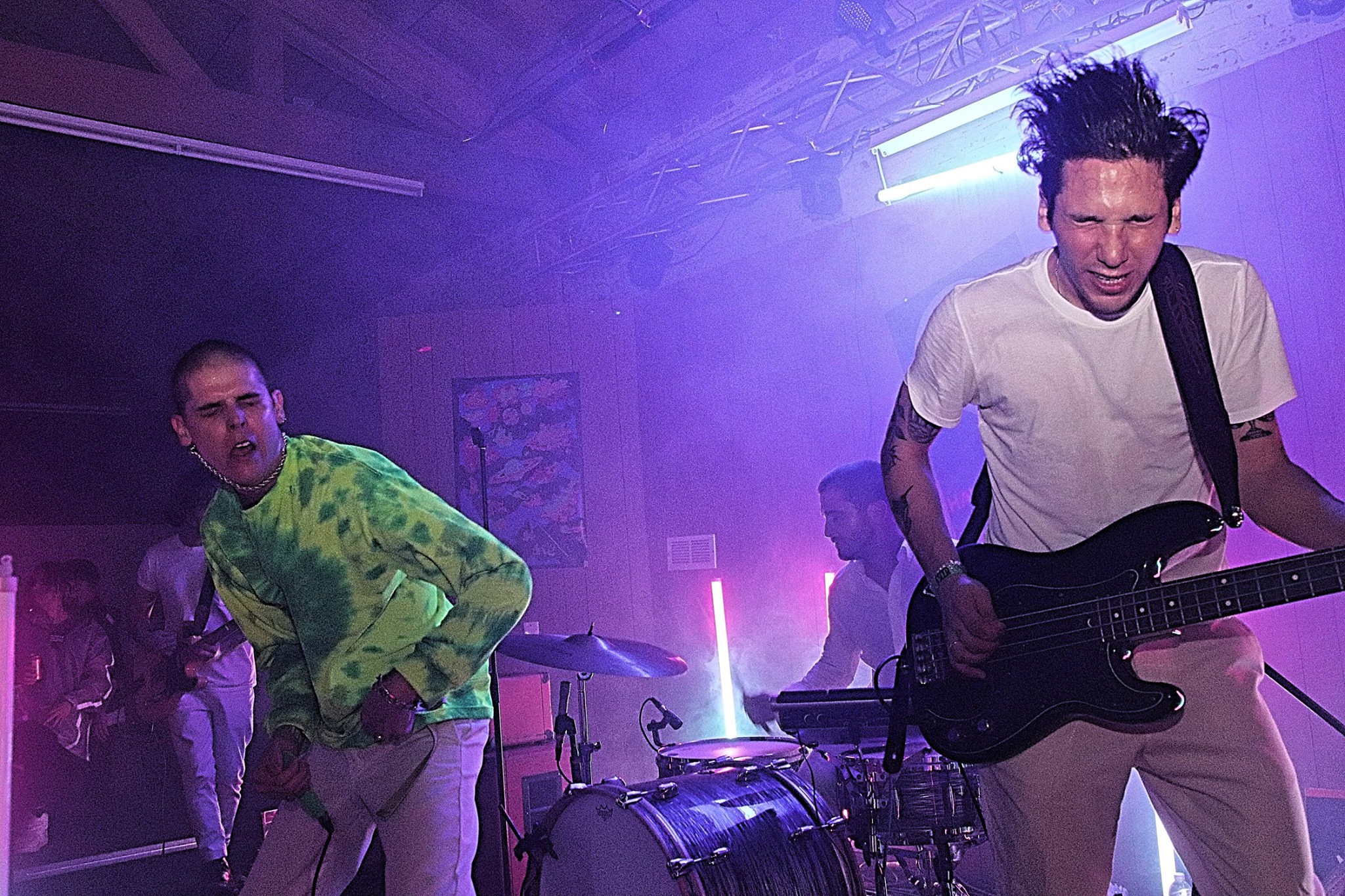 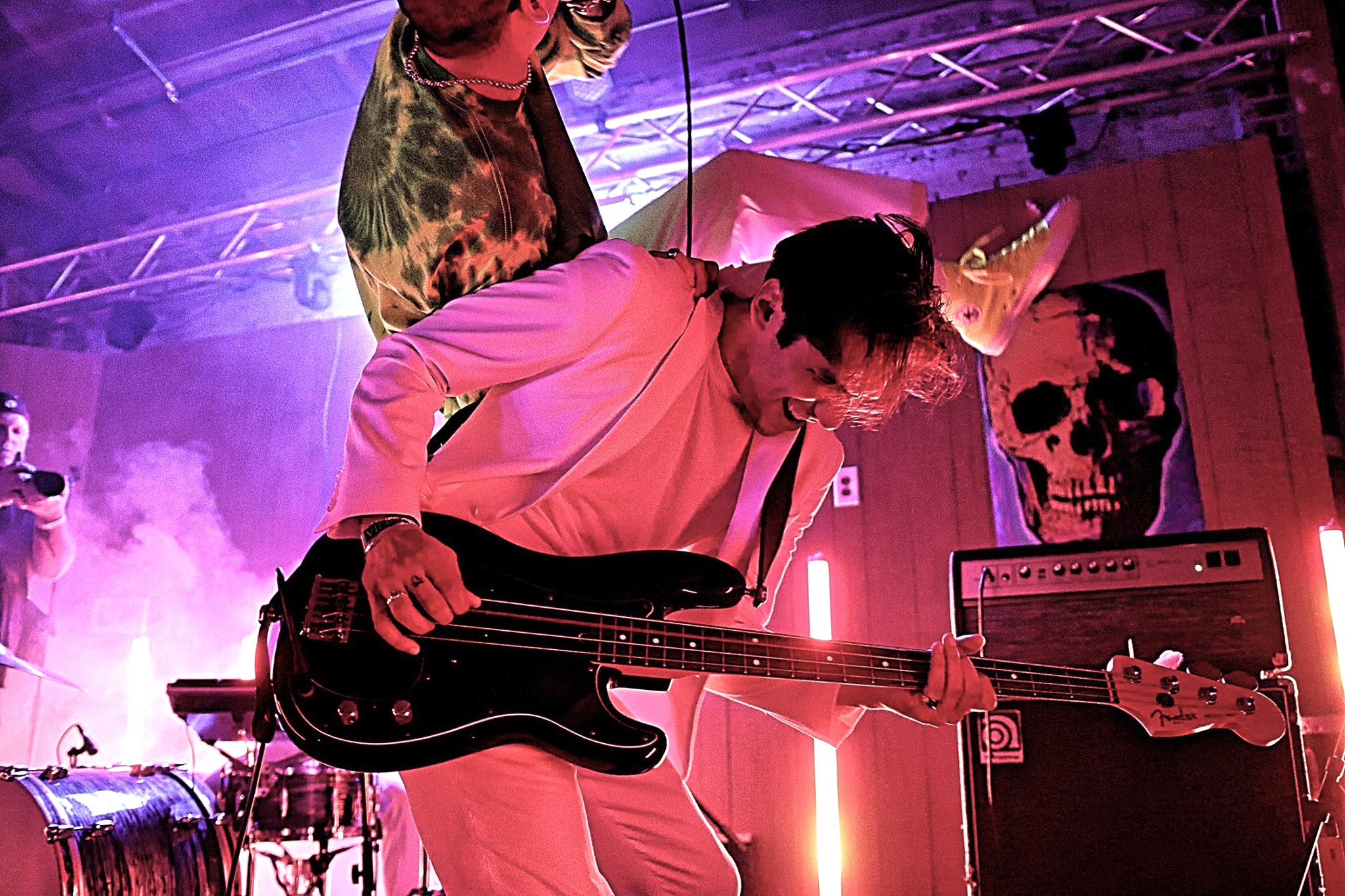 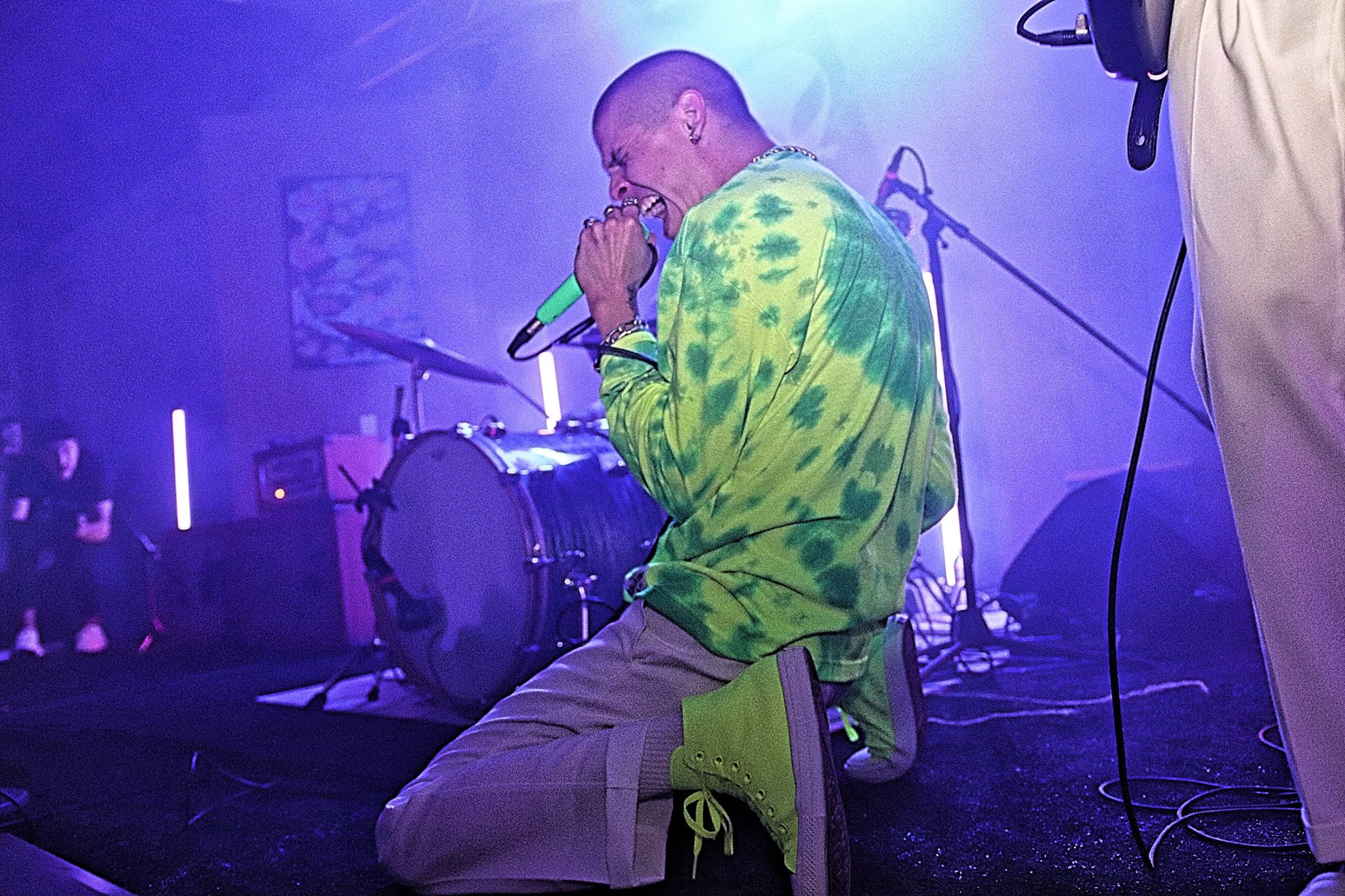 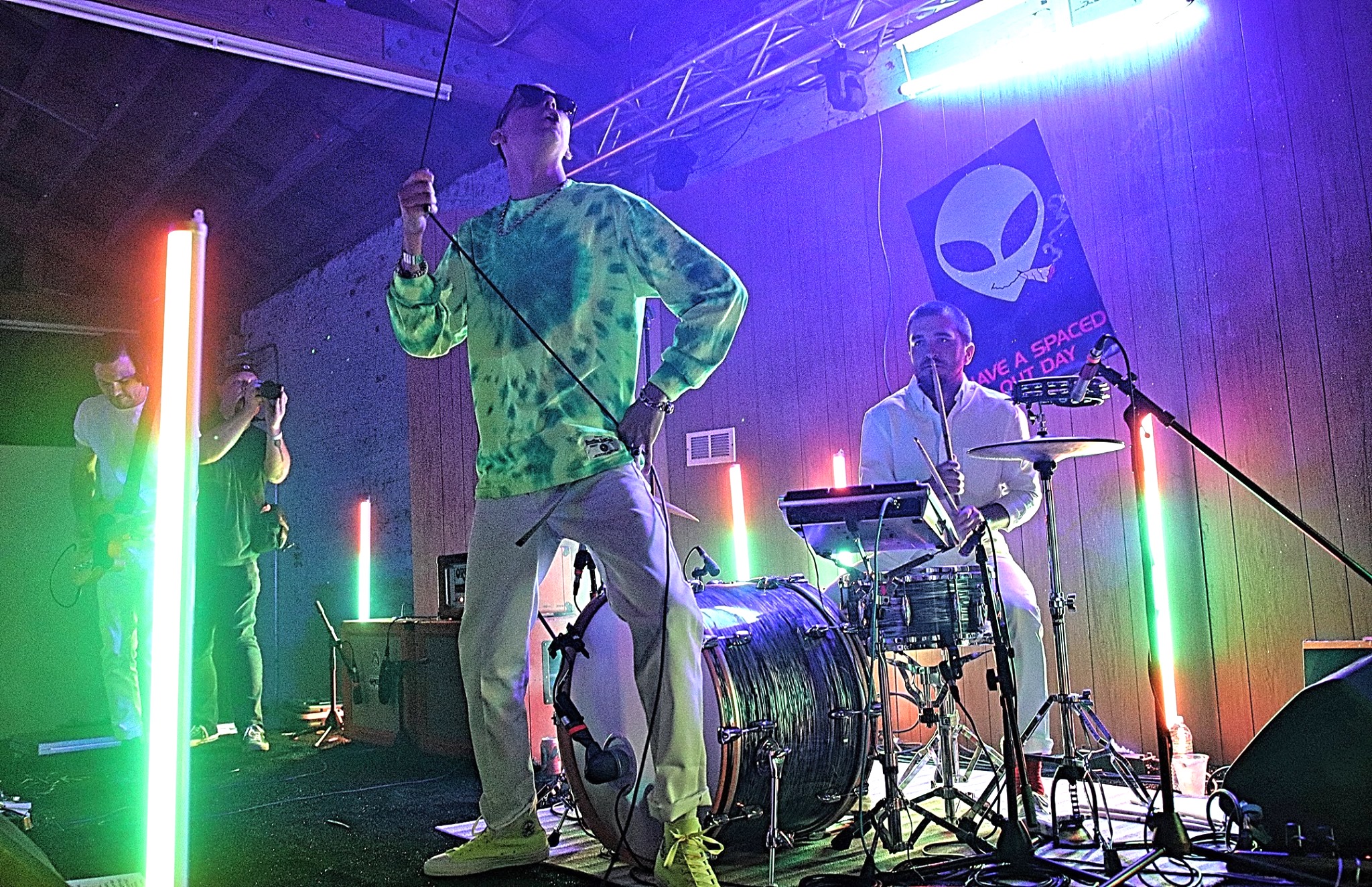 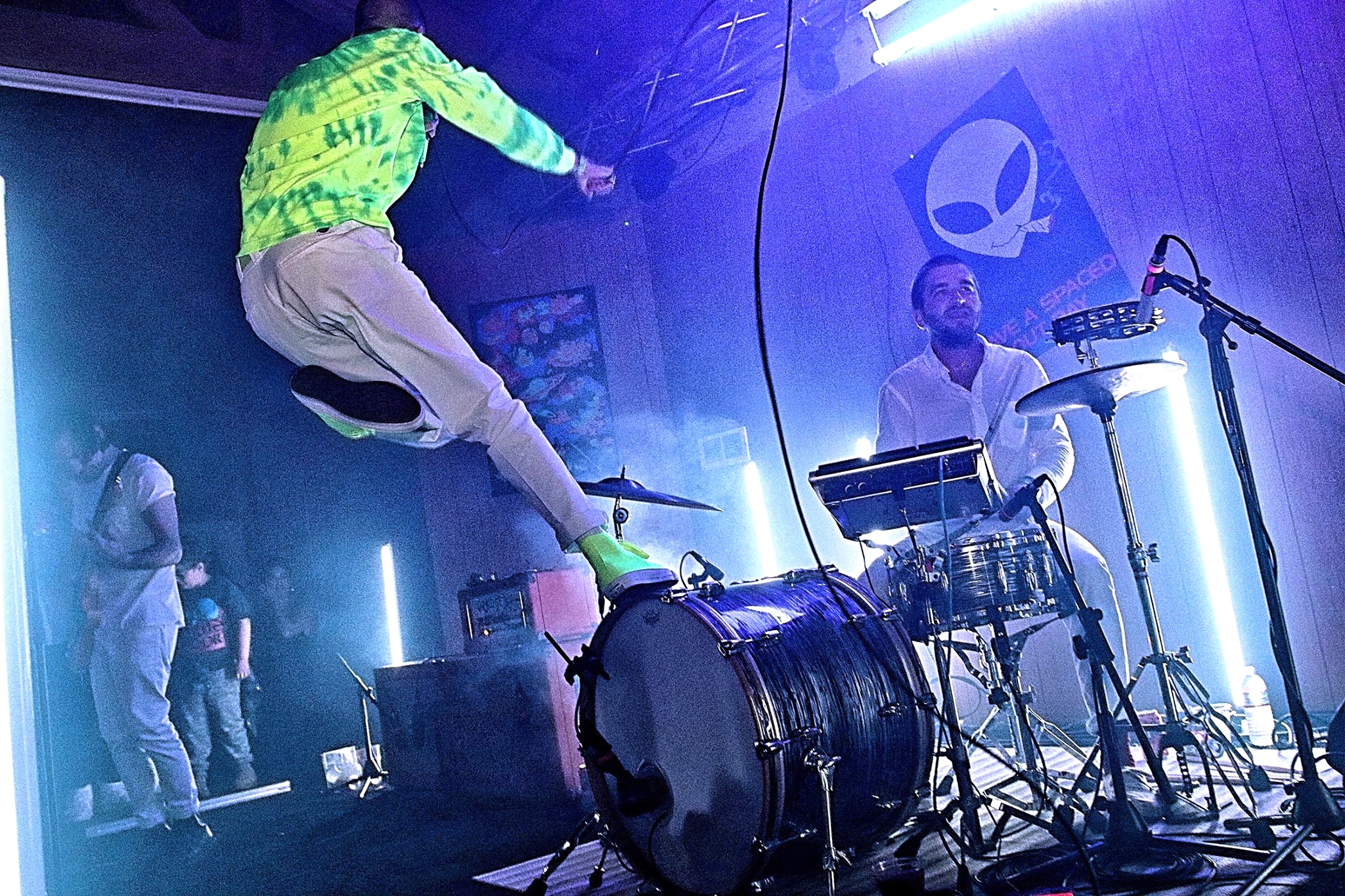 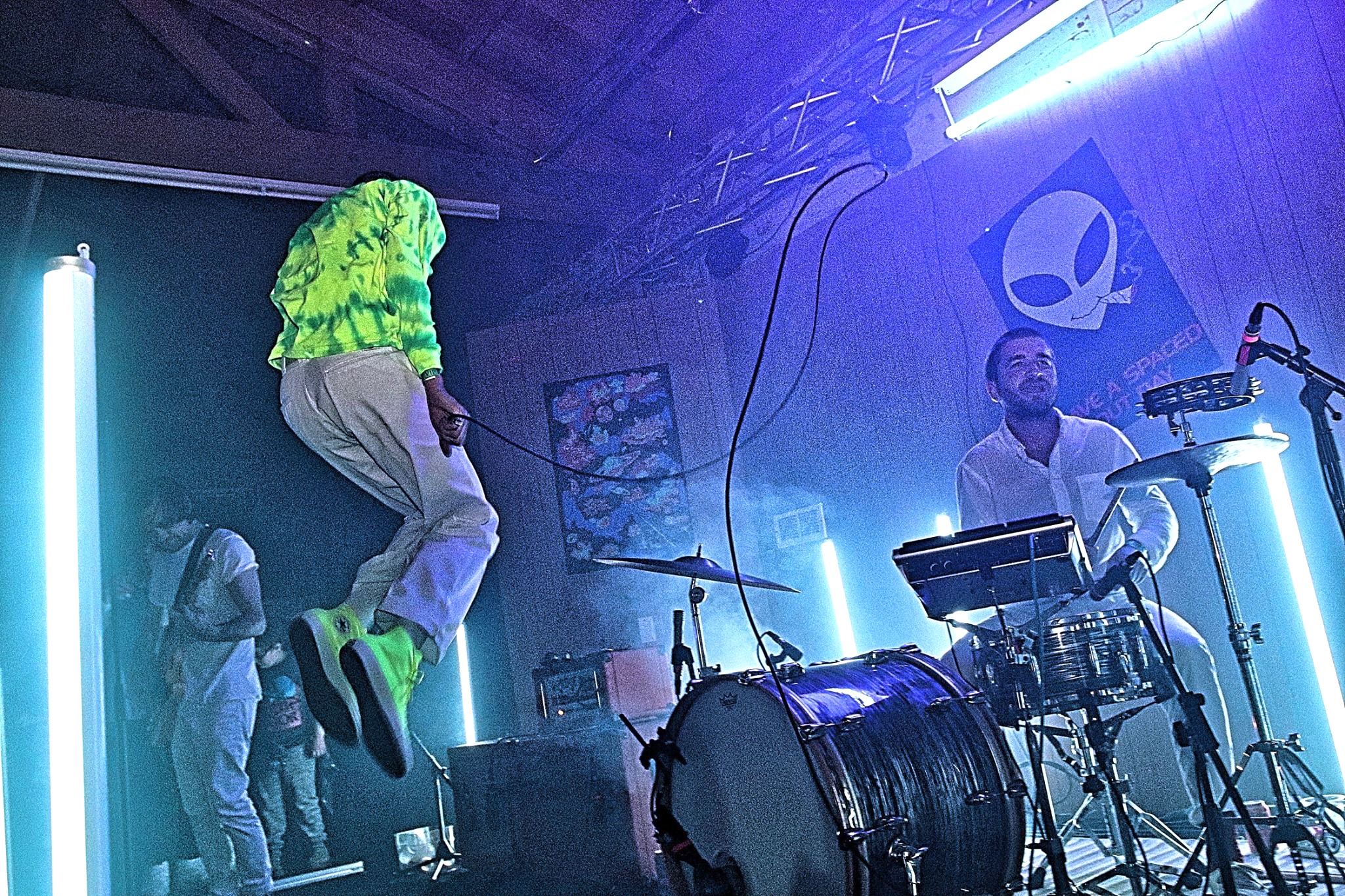 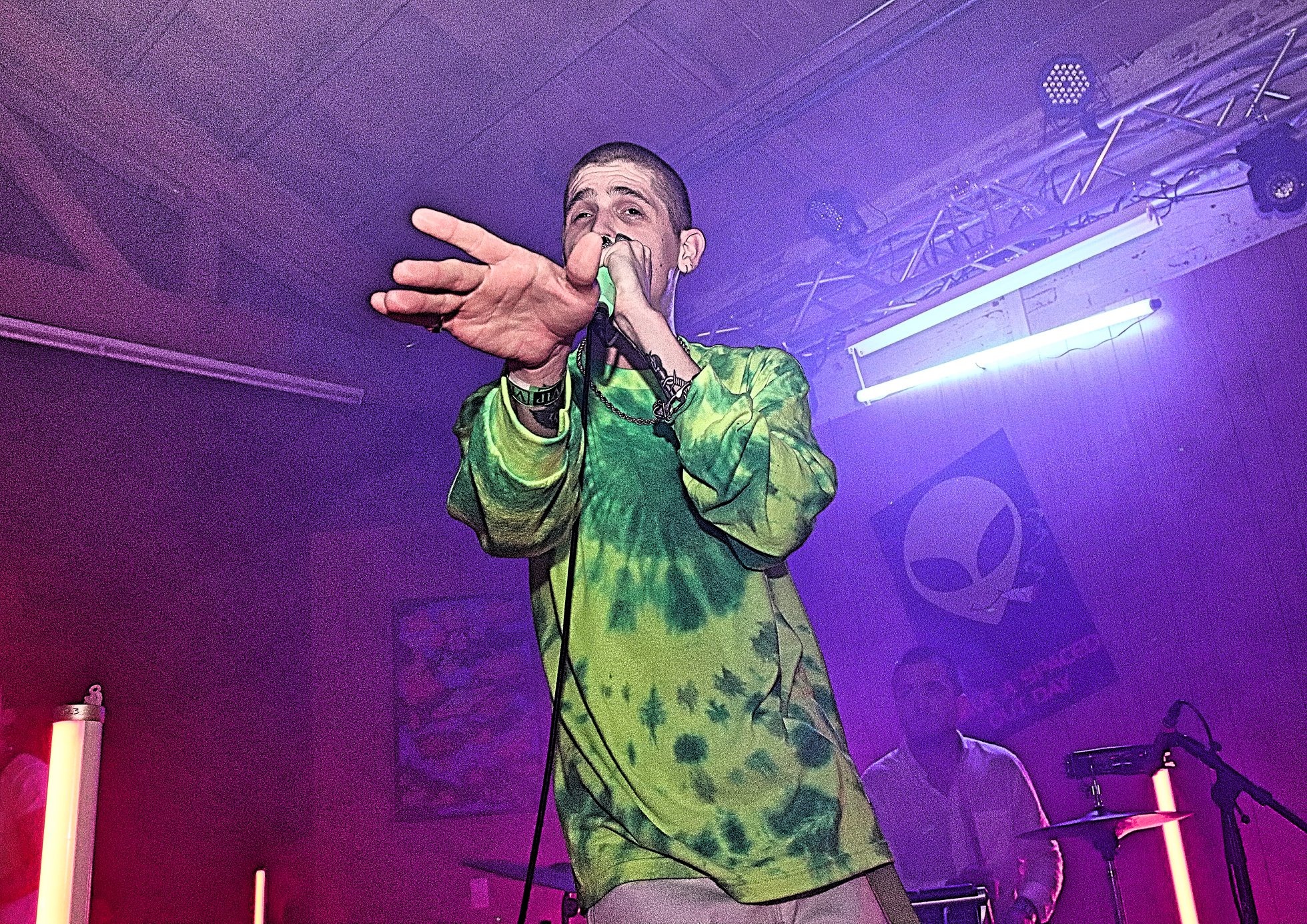 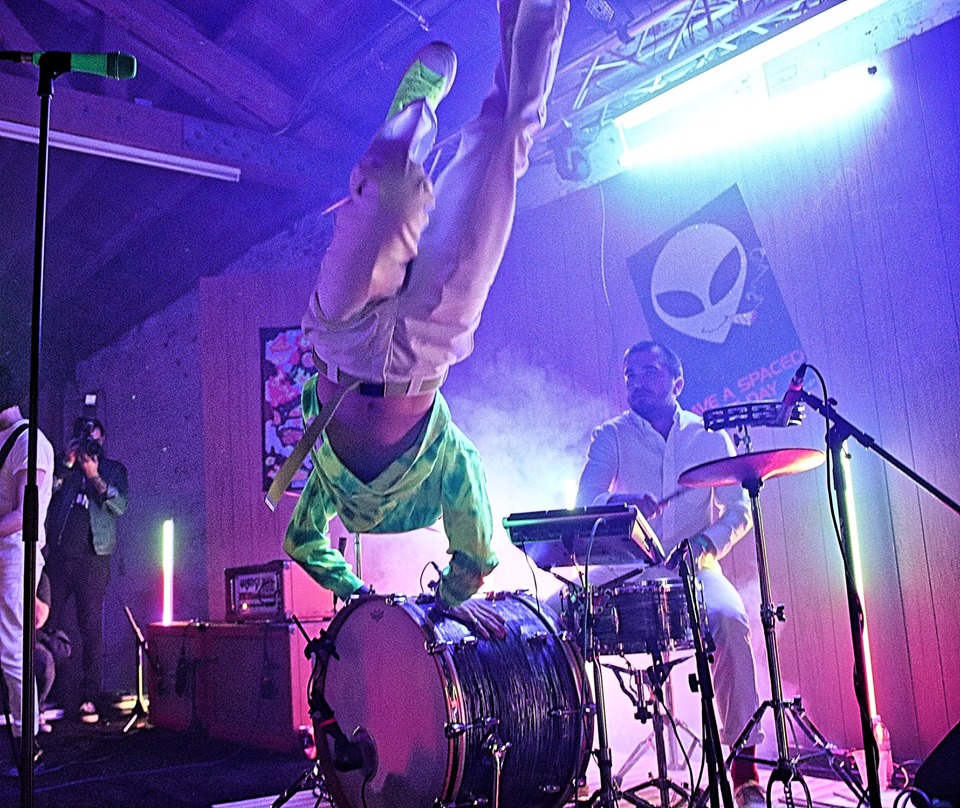 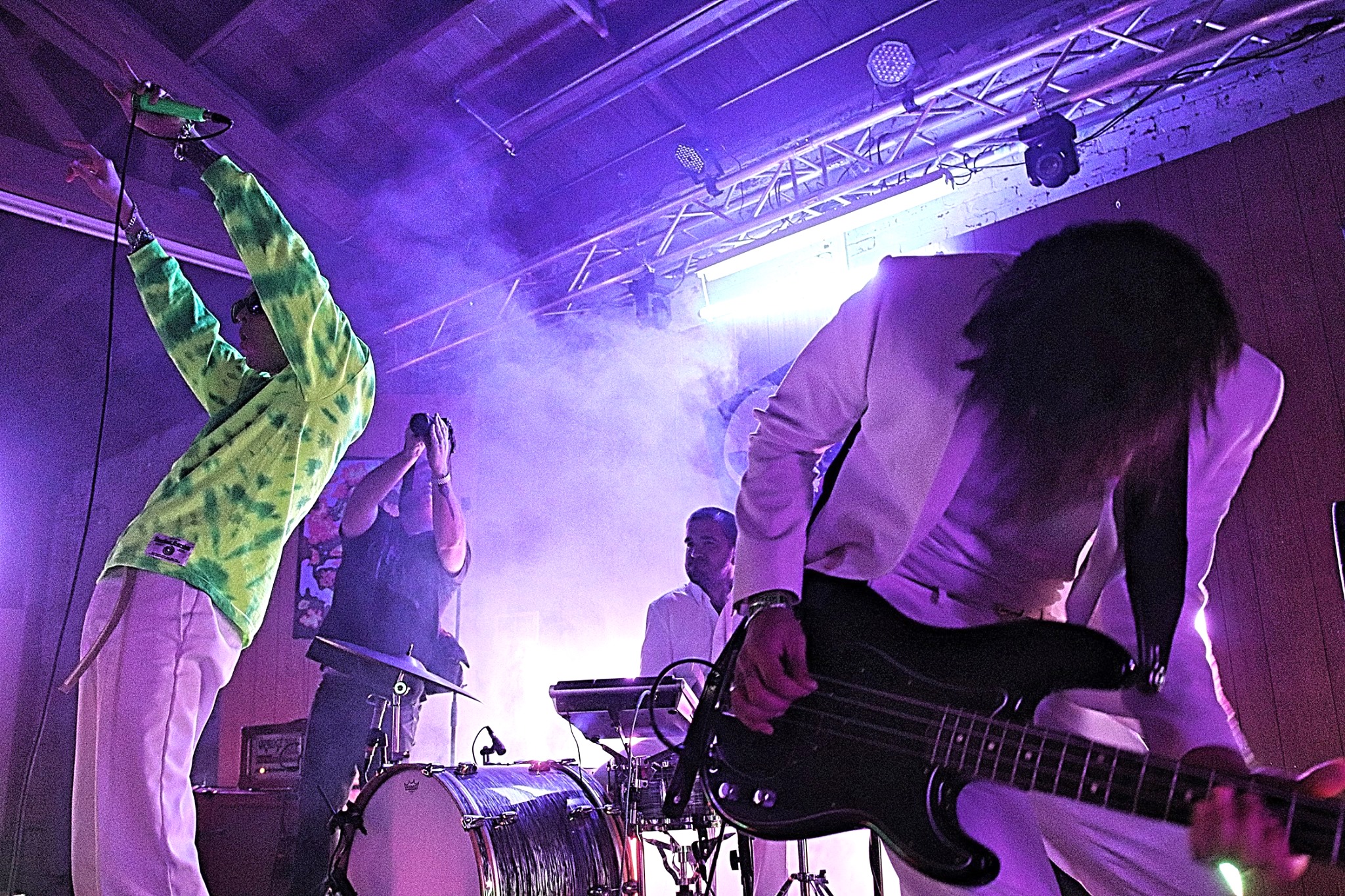 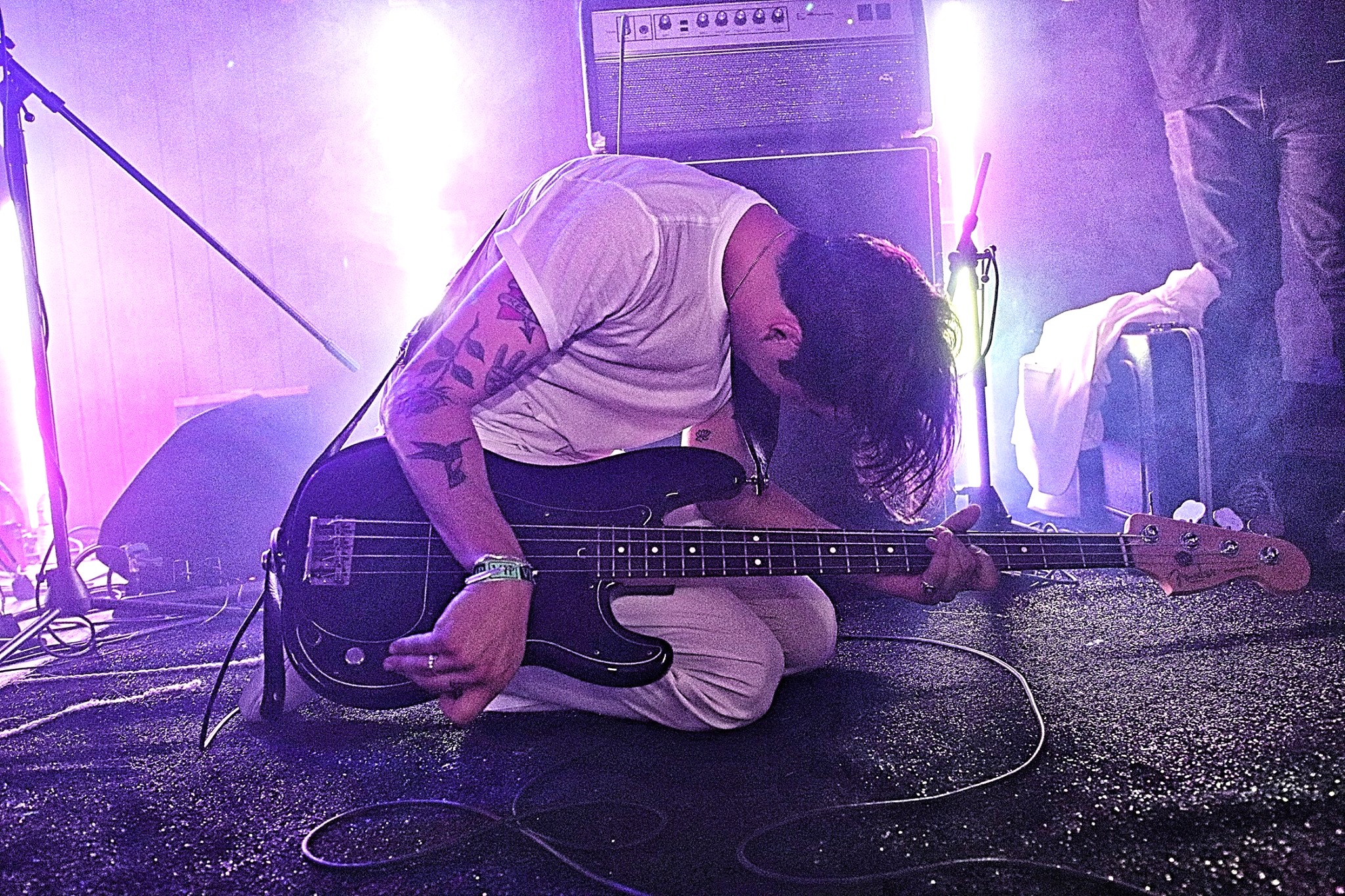 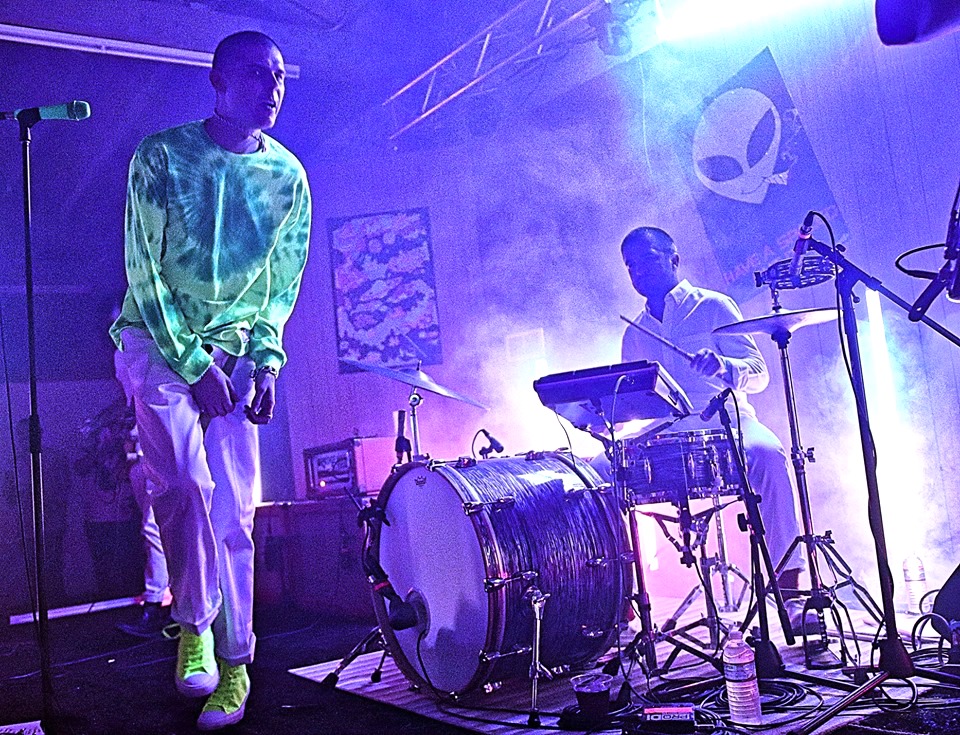 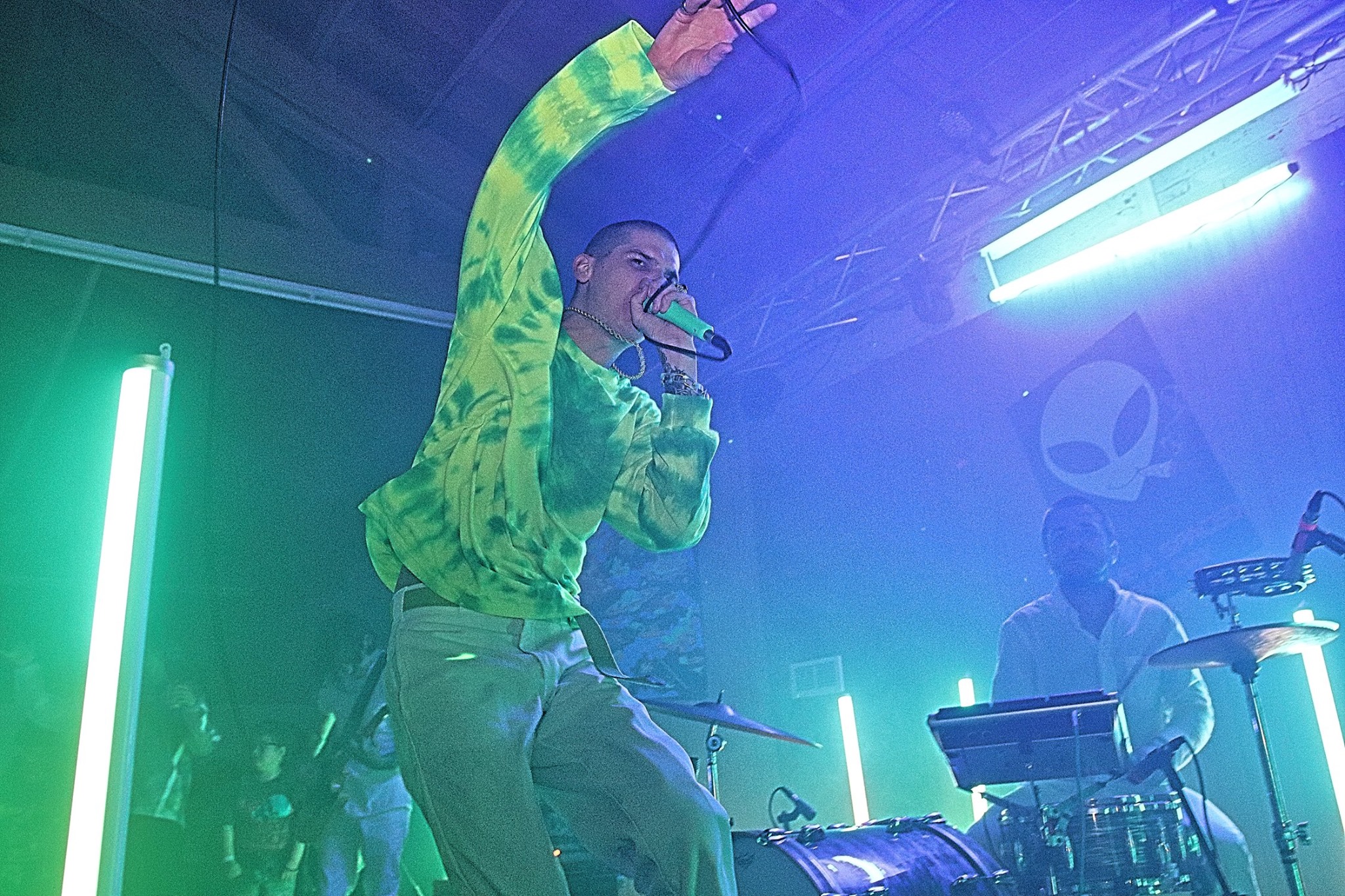 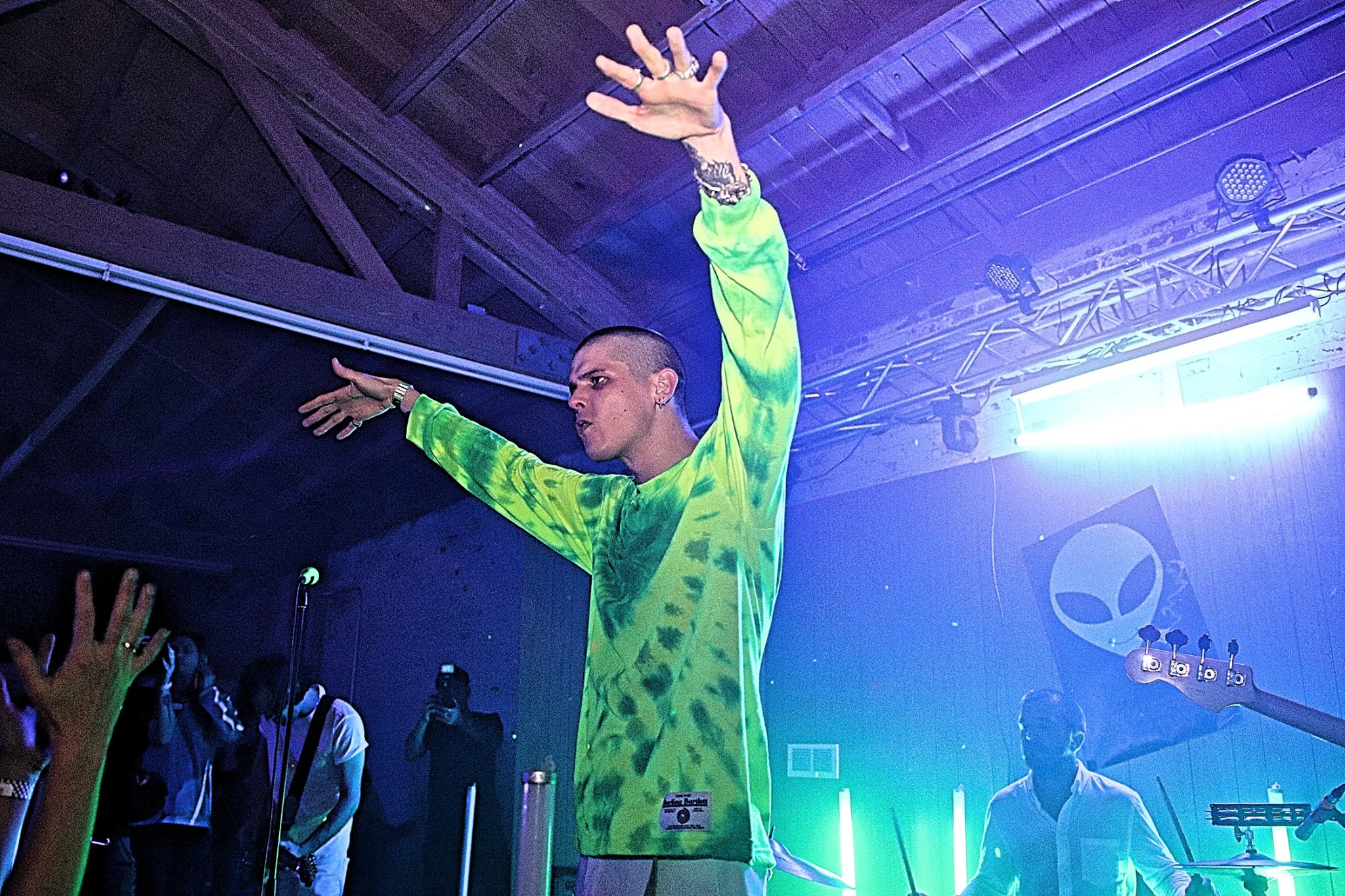 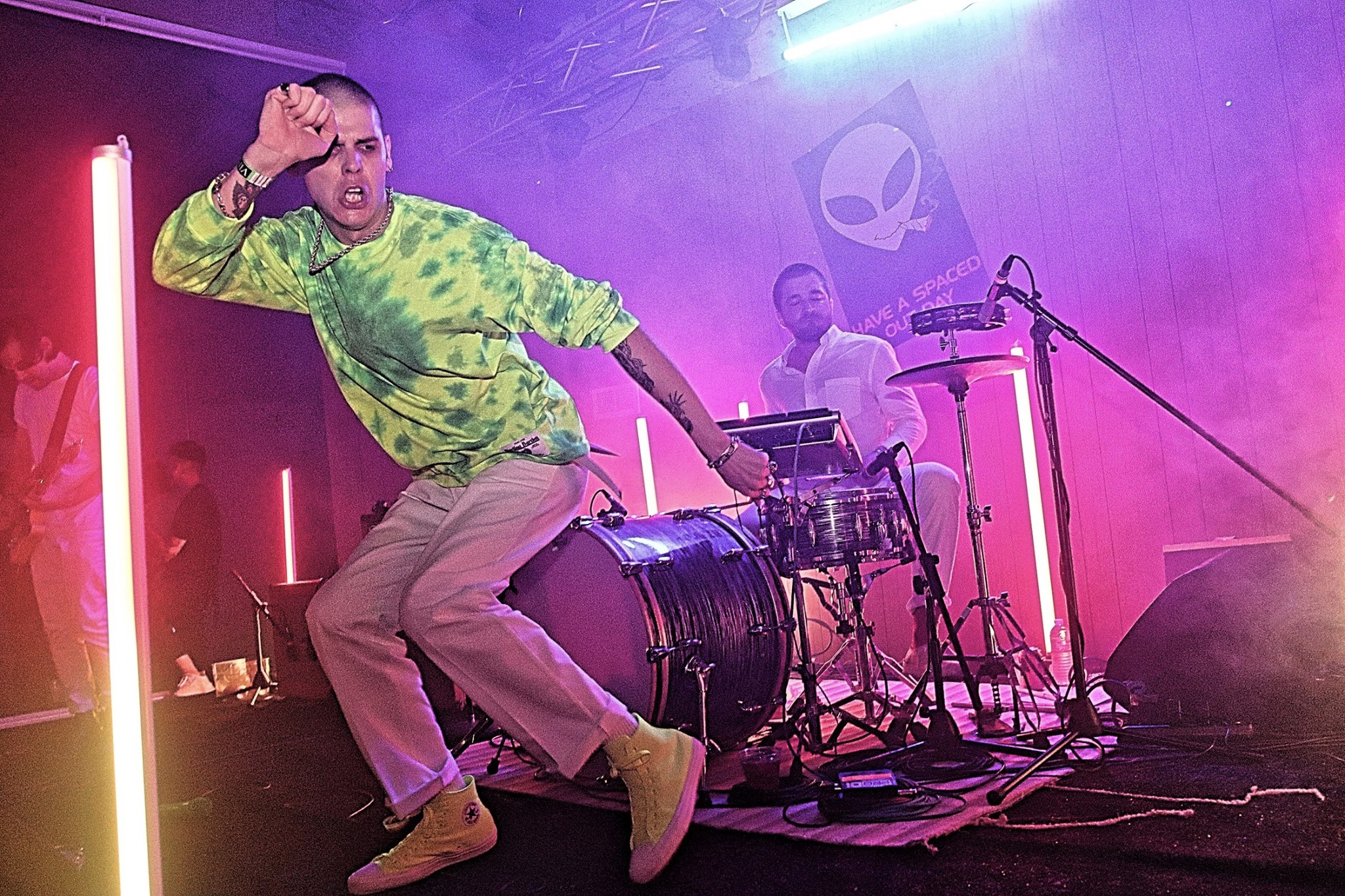