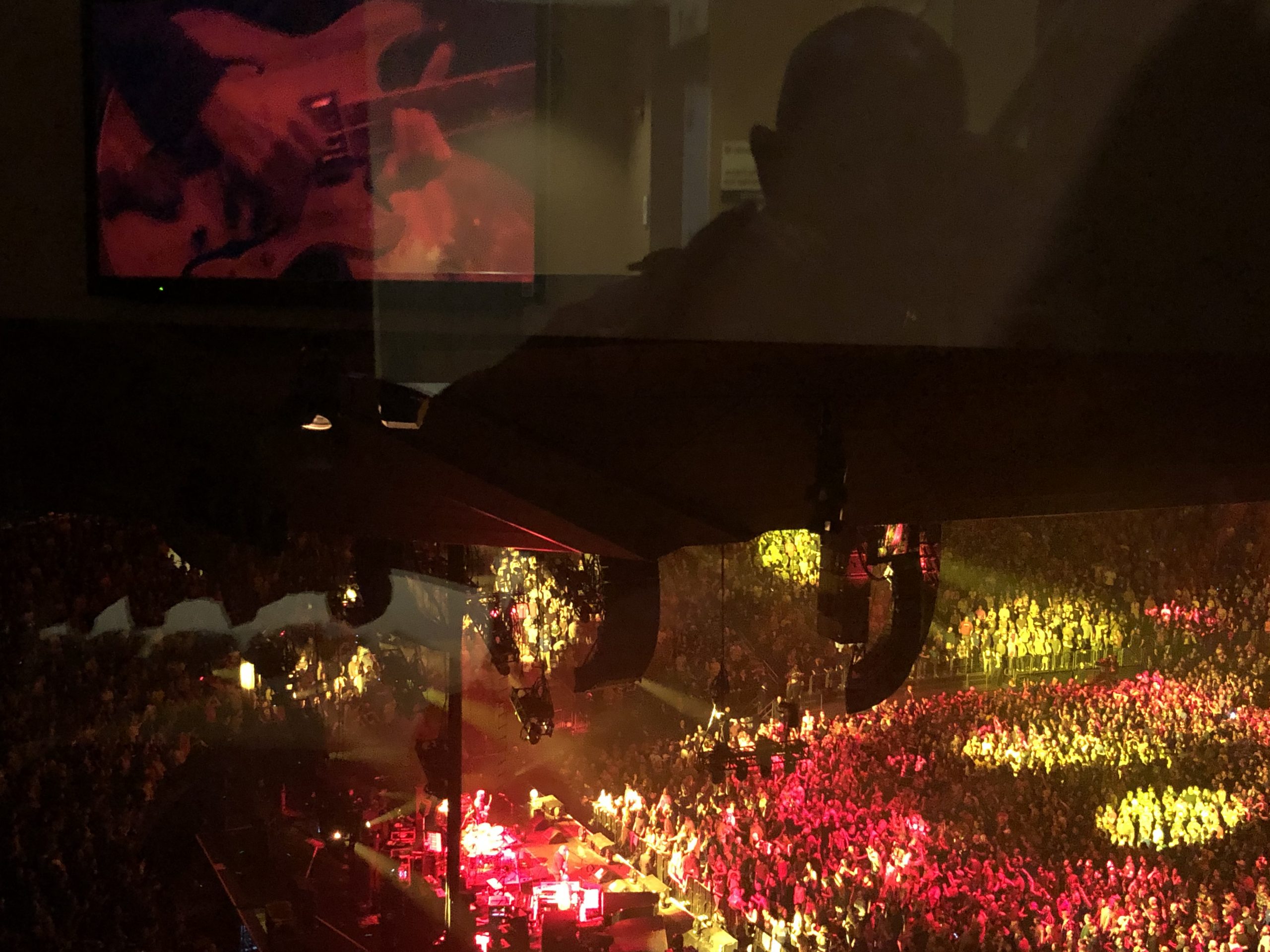 Without having seen Phish in the past 30 months, I don’t know if they have been building to this or if it is, as one champ on Reddit claimed, Phugrass, but this was not psychedelic Phish, r&b Phish, jazz Phish, last night, the first evening of their four night residency at MSG was, and nobody is claiming they’ve morphed into the 400 Unit, Americana Phish. And if that is what you want at least it held your attention. … however, nobody will claim it as a memorable set. If we go to Phish to see them jam, they didn’t really jam so much.

It was an oddly cool set, the magical Phish moments were far and few between, instead the songs were countryish excursions concluding with “Rocky Top”. And while there were exceptions, an indifferent cover of the Who’s “Drowned,” for one, for the most part everything felt tightly wound and incapable of unwinding. The two best moments, singalong  Doobie Brothers soundalike close of set one “Say It To Me S.A.N.T.O.S.” and set two’s epic and both slight and huge “Ass Handed” .

Nothing was more clearly pointing to the band being highly strung last night than a string of songs in the middle of the first set, it was exactly where Phans should be grooving out of their minds, “Ghost” to “Gumbo” to “Rift” to  “Weight,” and it seemed a little incapable of landing on its feet. We don’t mind the doodling if we get where we are going, and Phish didn’t seem able to get there. If doodling was what you were up for, set two’s “Beneath a Sea of Star, Part 1” came closest to Grateful Dead land.

After a FORTY MINUTE break, a preposterous amount of time, Phish came out and performed three Trey Anastasio Band songs, and the first song of the encore was also a Trey solo track, as odd a decision as interspercing a Gene Autry song during the first set.  You could complain but “Everything’s Alright,” opening the second set, was the Phishiest moment of the evening and it is a Trey solo song. While the band lacked intensity, the other side of that was watching Trey cracking up from time to time, especially on the “hi ho hi ho hi ho” of “SANTOS”. The fault with the set was the decision to stay country and this infected  lthe groove, Trey was in excellent form and so was the most purely gifted member of the band, keyboardist Page McConnell, but the rhythm section felt hung out to dry and the audiences irritating hipsway just got in the way.

Phish’s audience are getting uglier by the concert, half of em look as though they’d wandered in from the methadone clinic on 35th and 8th, haggard, old, and deep into dirty denim and scraggly hair. The rest of them looked as though they were on their third job with the dawning horror that  they’d reached their level of incompetence and were returning for a night of college vibes, the last time they felt like a success at anything, or Phishheads who should be collecting stamps. Phish fans write stuff I can’t, for instance “Ass Handed played over Chalk Dust Torture Reprise chords featuring Chalk Dust Torture Reprise lyrics combined with Ass Handed Lyrics”. Read it here. So within the confines of that reality, it is part of a bigger continuum. You go their concert and  Phish know their stuff so well, a nearly three hour set feels like a place setter for what is to follow in the next three days.