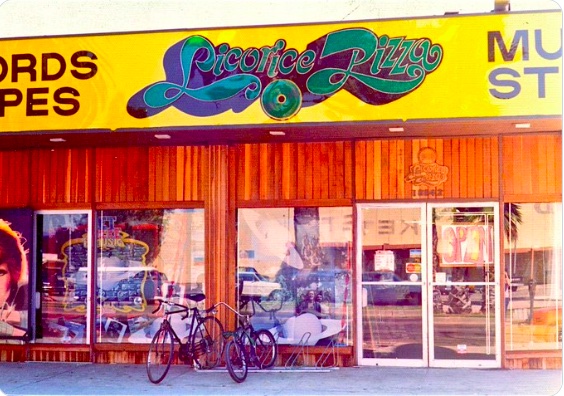 Paul Tomas Anderson’s movies are always an event and the hype around each one of his films is entertained by plenty of mystery. The release of the upcoming ‘Licorice Pizza,’ originally titled ‘Soggy Bottom,’ is no different. The trailer has debuted in selected theaters in Los Angeles, New York, Chicago, and London, but when fans tried to post it on social media, they were asked to remove it. Now, everyone is dying to see it, me included. I tried to follow every internet path, but, each time, I ended with ‘content removed’ or ‘this video is not available.’ The same thing happened when I attempted to take some photos of the set a few months ago, during the height of the pandemic: although they were not revealing anything of the plot, I was asked to remove them.

So far, we just know that ‘Licorice Pizza’ is a coming-of-age drama starring Bradley Cooper, but the mystery is quite intact while everyone who had the chance to see it seems more excited than ever. The trailer is described as ‘very youthful and romantic’, and Bowie’s ‘Life on Mars’ is apparently playing.

Music has always an essential role in PTA’s movies, but this one has a direct connection with the music business: ‘Licorice Pizza’ is named after a Southern California chain of record stores founded by James Greenwood in 1969. According to LA Mag, there were numerous locations in Southern California in the mid-’80s, and their logo was featuring a female cook holding her fresh-backed ‘licorice pizza’ … a vinyl of course.

The chain was very popular, Debbie Harry and Joan Jett wore the store’s shirt (a new version of the shirt is already sold out at pop culture museum Valley Relics Museum) and rock stars were performing in the store or at the parking lot. They also promoted local concerts as Amoeba is doing it these days.

In 1985 Greenwood and his wife sold the chain to North Carolina-based Record Bar, and a year later Record Bar was sold to Musicland which rebranded the stores, Sam Goody, another year later. We all know what happened after this, Sam Goody was purchased by Best Buy in 2000, sold to Sun Capital in 2003, and filed for bankruptcy in 2006.

‘Licorice Pizza’ is California’s ‘70s pop culture and this has to give anyone some ‘Once Upon a Time in Hollywood’ vibes. Will it be another case of revisionist history since the movie deals with real-life characters? Bradley Cooper plays Jon Peters, a hairdresser-turned-producer, who had a relationship with Barbara Streisand, produced one of her albums, and had a producing credit on her remake of ‘A Star is Born.’ Benny Safdie plays progressive politician Joel Wachs, president of the Andy Warhol Foundation for the Visual Arts and long-time member of the Los Angeles City Council. Cooper Hoffman, Philip Seymour’s son, plays a child star while the cast also features Alana Haim (of the band HAIM), John C Reilly, Sean Penn, Tom Waits, Skyler Gisondo, and Maya Rudolph. With so many people in the music business or experienced singers, music has to be a major part of the movie. I just wonder if Maya Rudolph is gonna play Streisand again?

Paul Thomas Anderson’s ‘Licorice Pizza’ will have a limited release on November 26 and will be released widely on December 25.

Weyes Blood is at the Theatre at Ace Hotel