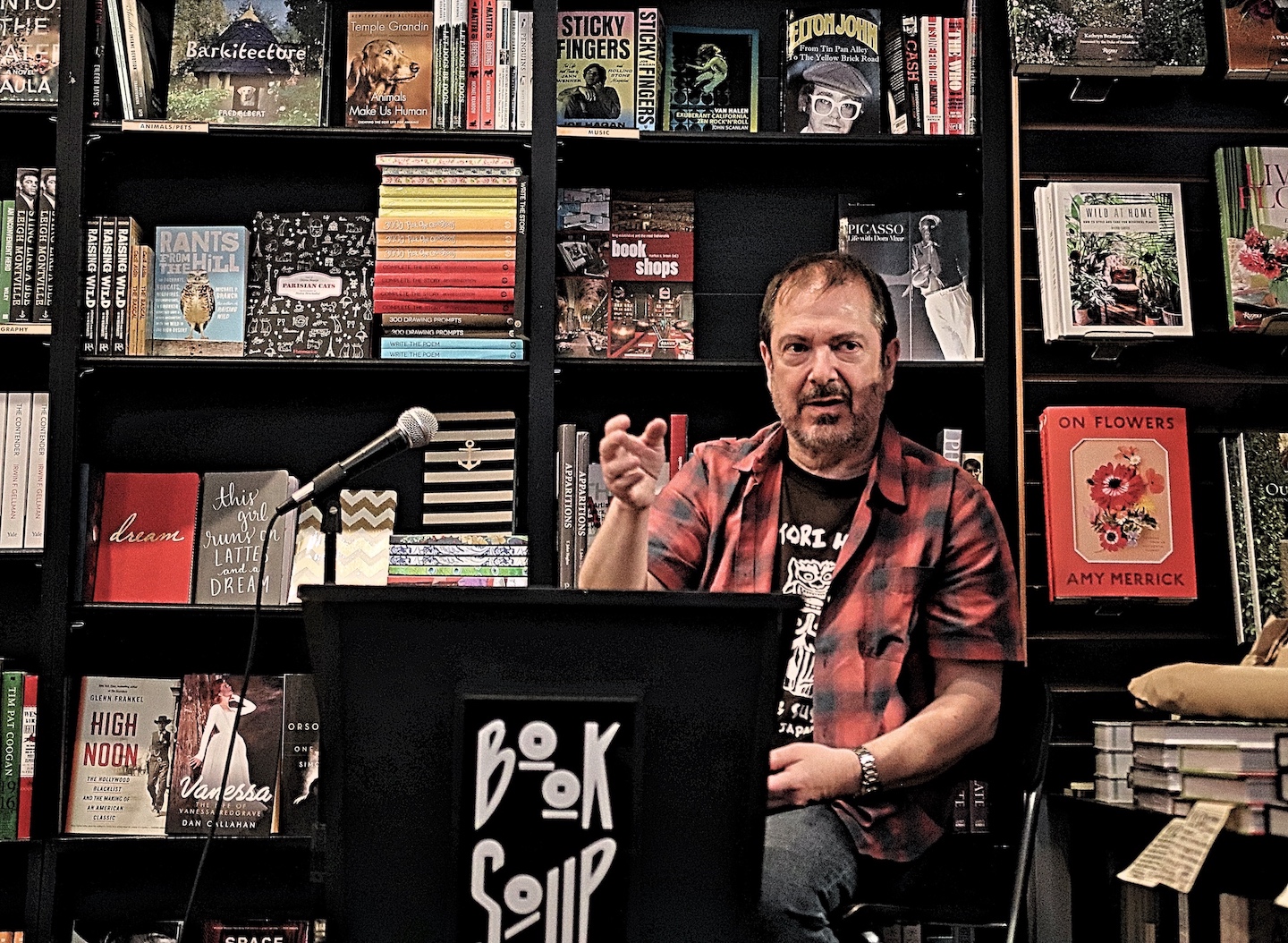 Paul McAlpine has photographed everyone, he has taken photos of Aerosmith, the Cars, Queen, Blondie, Lou Reed, David Bowie (among many others) and he has a story for every single rock star you can think of. However, he has plenty of stories about the godfather of punk rock himself, Iggy Pop, whom he has shot on various tours since the ‘70s.

His new and truly superb book, ‘Iggy Pop – Bare & Real’ is a large size collection of black and white photographs that McAlpine shot during Pop’s long career, from 1977’s The Idiot tour – and think about it, Blondie was opening while Bowie was playing piano – all the way to his 2016’s Post Pop Depression tour.

Paul McAlpine was talking about his 7-lbs- 236-page book at Book Soup last night, and you could see his passion for his art, especially when he was narrating about his many adventures with Iggy all over the world. he told us how  Iggy Pop is always ‘very serious about the tour,’ even though he ‘misbehaves’ constantly on stage and his antics are known to be relentless and chaotic. Behind the stage, the wild Pop is a quiet guy who reads a lot. ‘Like any good writer’, tells us Paul, and you can read the admiration of his face: ‘Iggy is a real artist’ who has nothing to do with ‘the industry thing’ and doesn’t care about writing a hit songs, and that’s why he did this ‘beautiful jazz ambient’ new album.

If you have seen Iggy, you know that he is nothing but quiet on stage, actually, you can tell ‘how good a night was on how much he was hurt!’ Paul told us. Iggy bled his passion whereas Paul got also 2 ribs broken when he shot Pop performing at Burger Boogaloo 2 years ago, the audience went very wild,.. ‘It was basically a great night!’. You can call this masochism but these only seemed to be good memories for Paul.

Pauls’ pictures capture Pop’s crazy and violent energy during a concert, and the best thing about the live performances is, of course, that you never know what Iggy is gonna do: ‘He is inspired by the audience and can, for example, eat flowers offered to him’… the unpredictable nature of the live shows is obviously a delight for a photographer, but there were nevertheless other moments that Paul cherished: ‘The best time to go out with the band is at sunrise, during a walk around the city, whenever you are in the world’… ‘You catch things when you can’.

He surely made me very envious of these good old days, when there were no rules for rock & roll and photographers and you would not even make any plan as ‘every night of the week there was so much to do’. This looked like a true dream for photographers which allowed McAlpine to lay down on Queen’s piano to take a photo of Freddie Mercury with the reflection of his face on the piano. ‘There were no rules, you were shooting wherever you liked, all night long’…

Two rockstars attended the event at Book Soup to show their support, the Kills’ Alison Mosshart was there, as well as Sarah Lipstate, the guitarist who plays on Iggy Pop’s latest album ‘Free’. She said she was about to leave for England to play a show with Iggy, while she had just recorded a one-hour show for French TV that you can actually watch here… Iggy Pop seems even more popular and more appreciated in Europe than in the US these days, as Paul noticed.

‘Iggy Pop – Bare & Real’, published by Fat Possum Imprint Tyrant Books, is a truly spectacular book which features photographs never been seen before,… but it’s especially a story of survival and a life-long friendship through art. 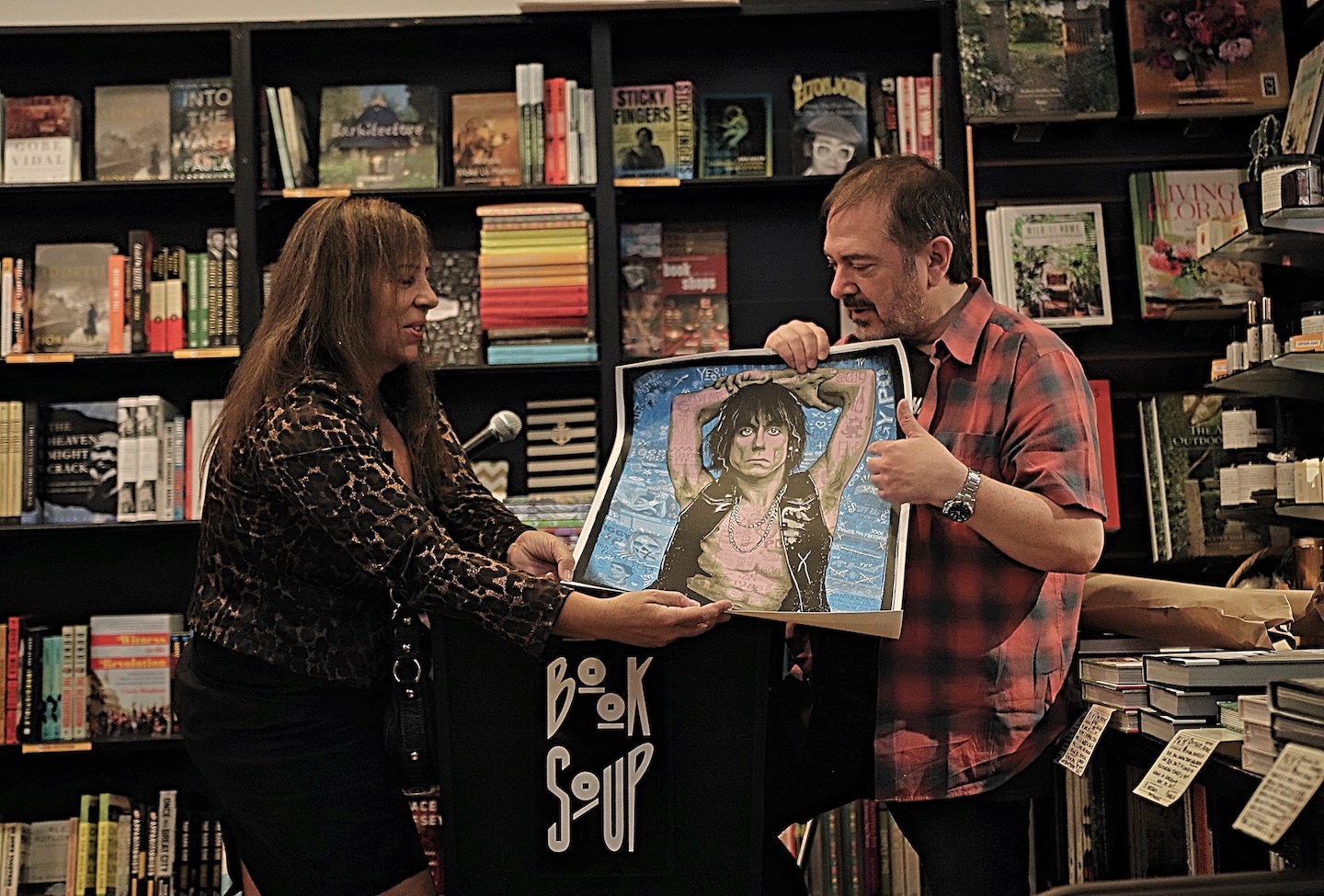 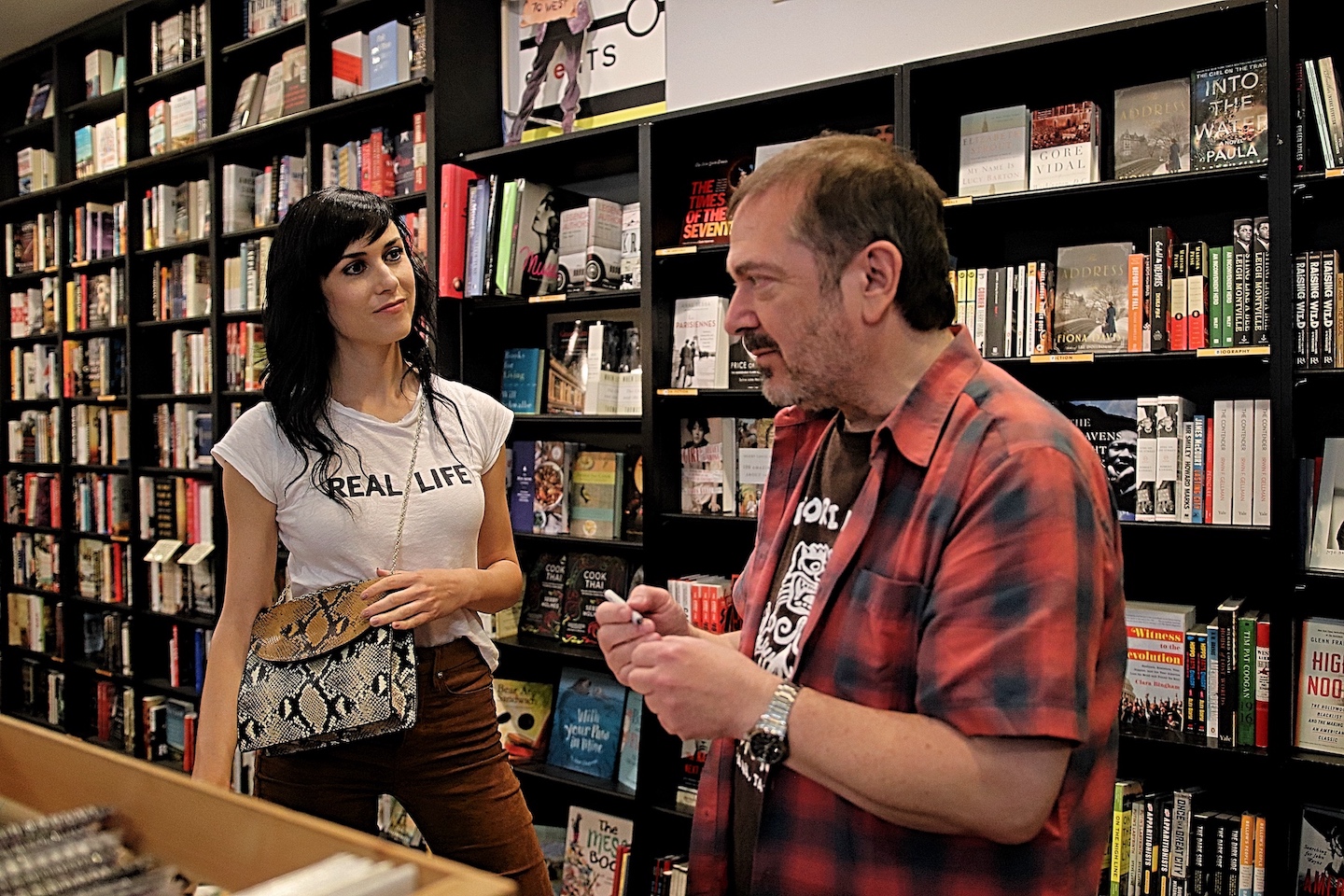 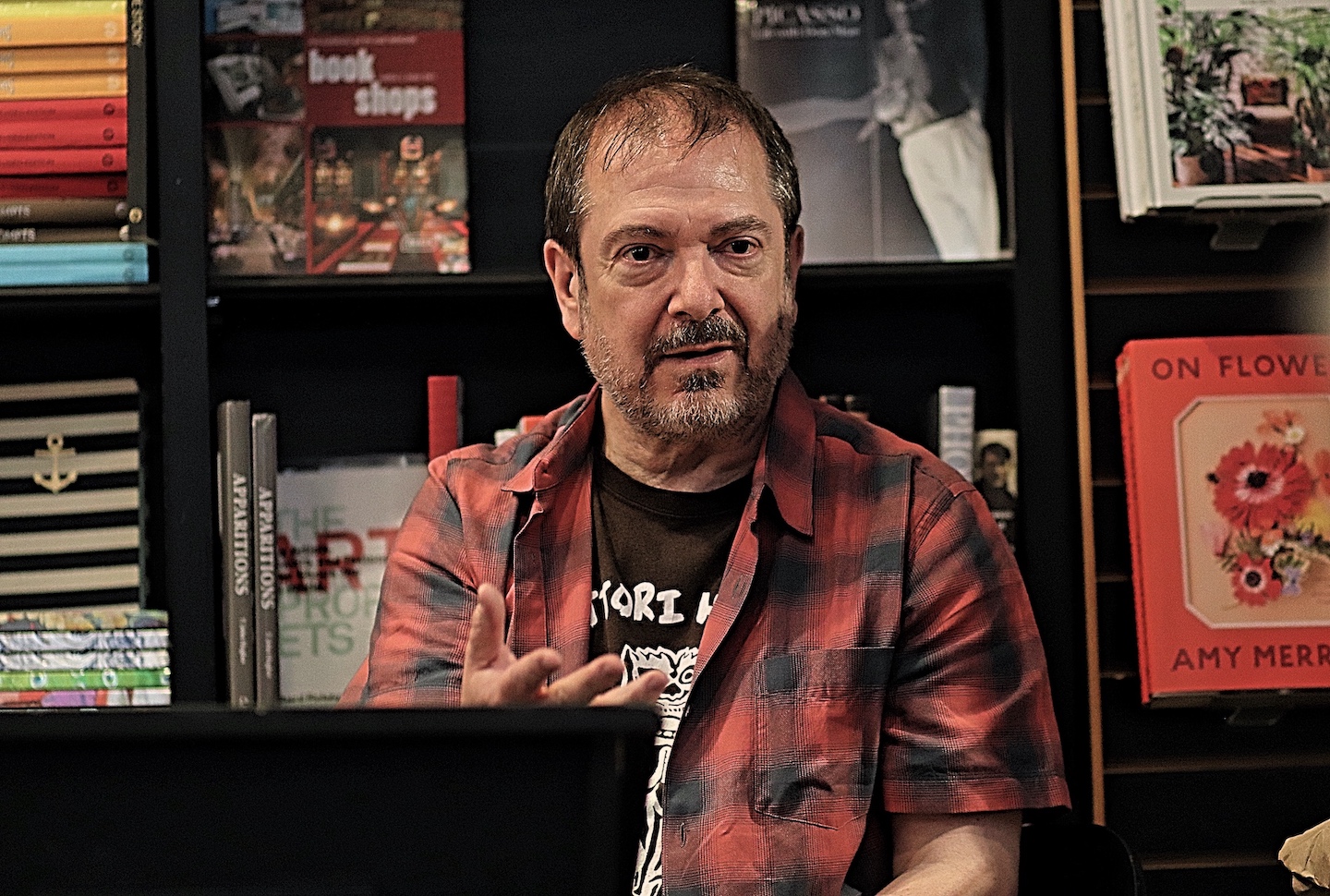 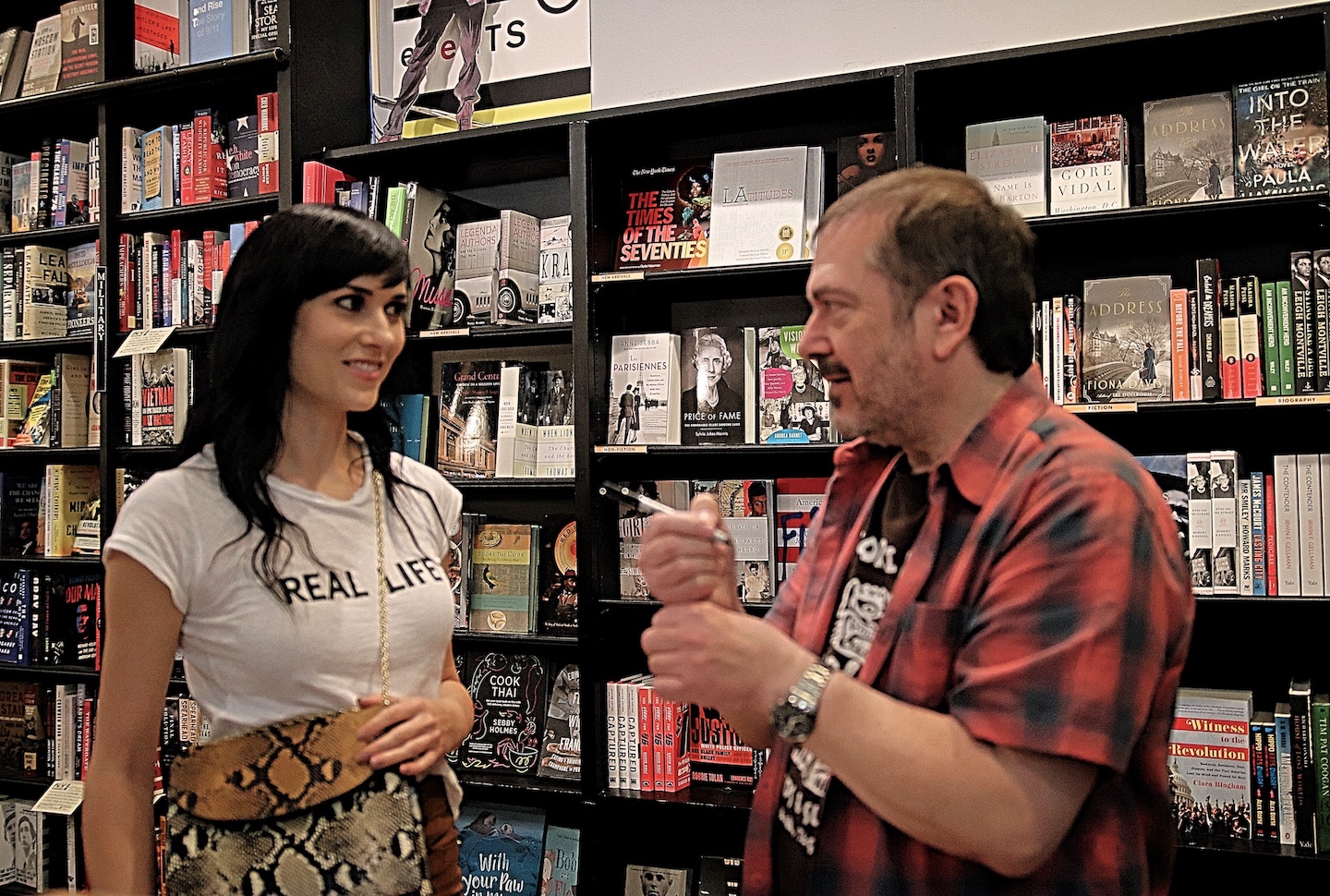 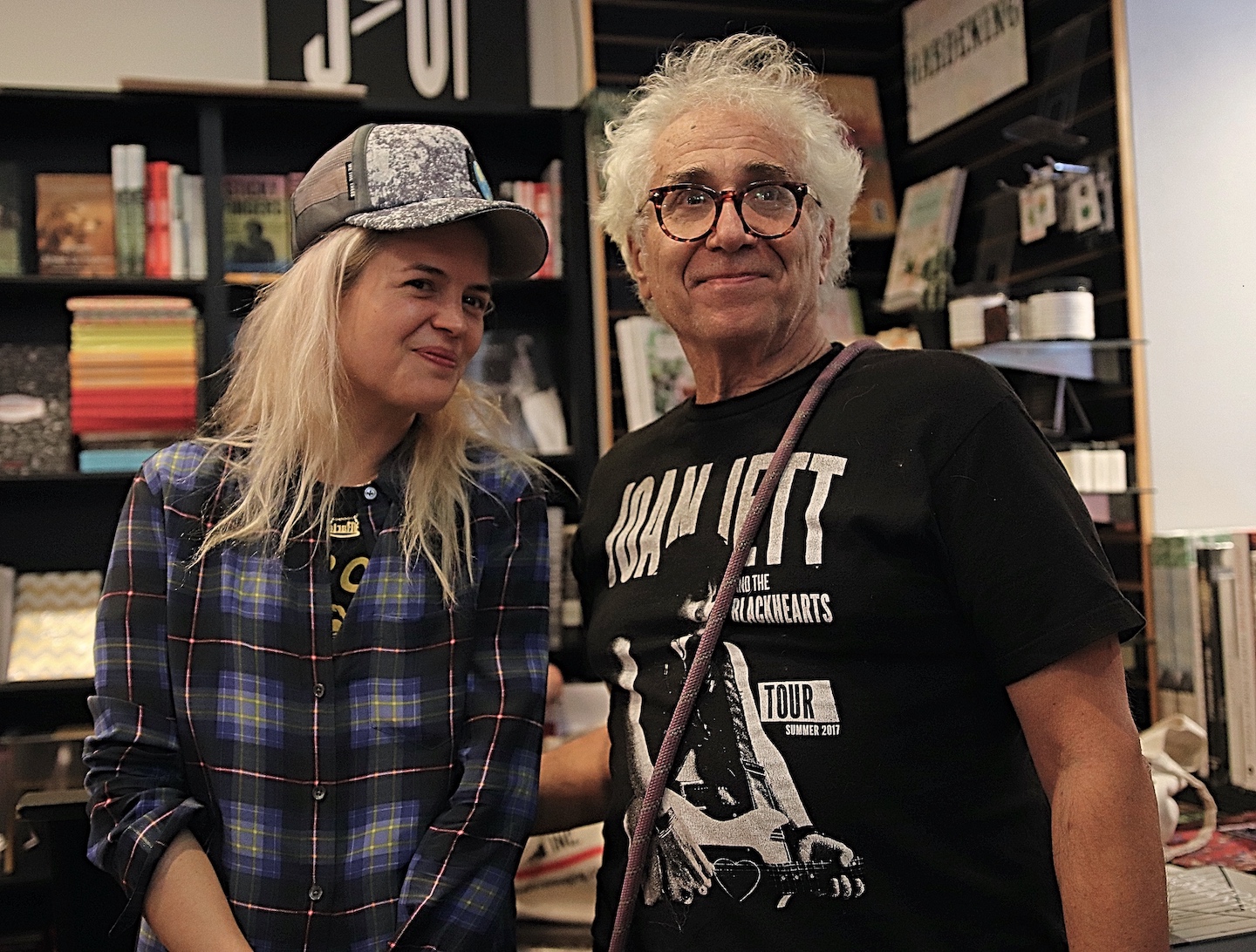