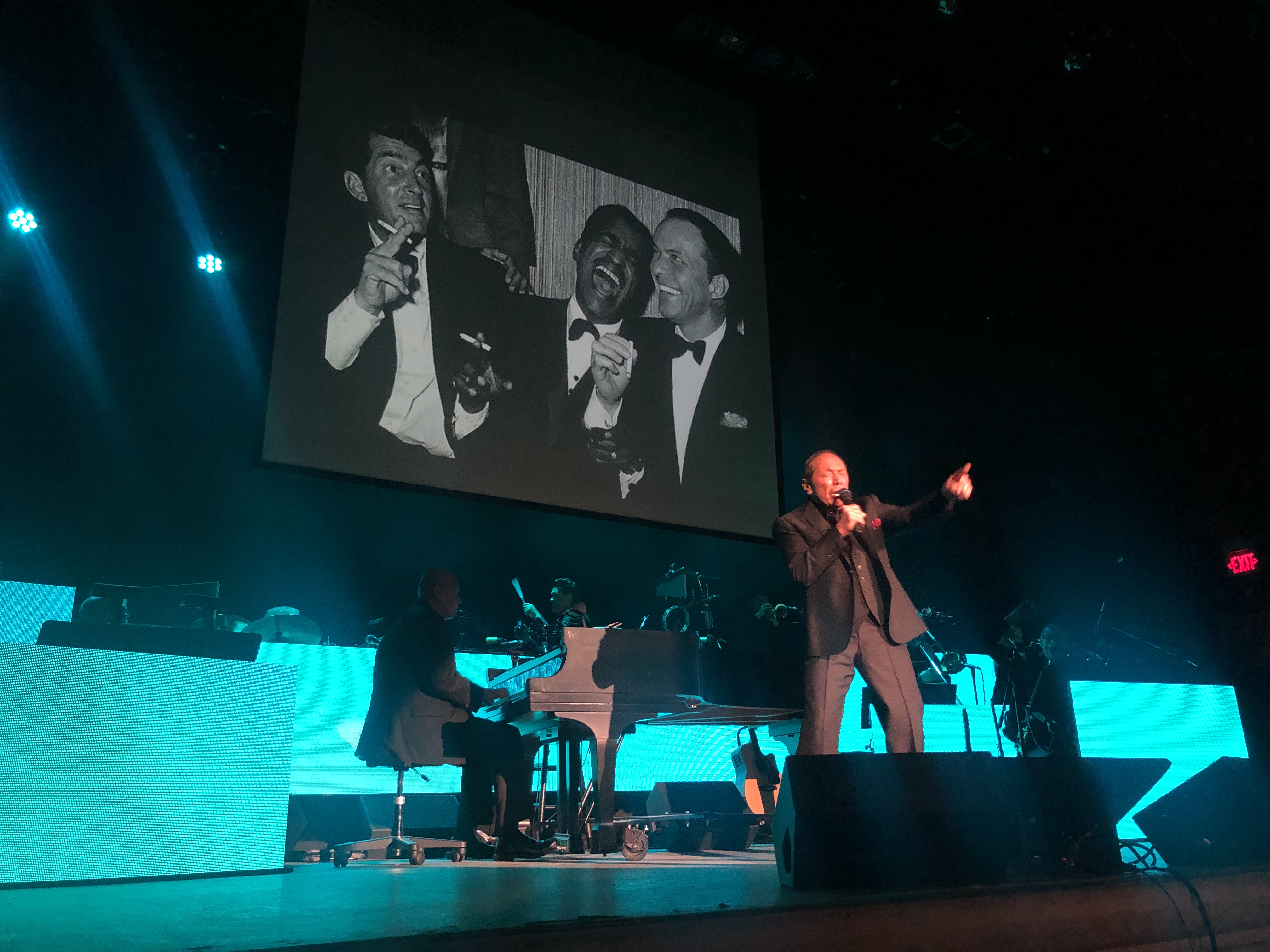 Some stories are better than others, and this one is better than most. In an evening that saw teen heartthrob, junior member of the Rat Pack, songwriter to Sinatra and the stars, and more, sitting for the rockers and standing for the full tilt, no nonsense power ballads, found him in a seat while telling the story of his friendship with Buddy Holly, At the age of sixteen, seventeen, Paul was touring the US as part of a rock and roll caravan that included Chuck Berry, Frankie Avalon, and the aforementioned Mr. Holly. Paul had a couple of self-penned hits under his belt, “Diana,” “You Are My Destiny,” “Lonely Boy” but that’s about it, no “Puppy Love” yet, written for his girlfriend, Annette Funicello in 1960. On the tour bus in 1957, his seat was next to Buddy Holly and they became friends, Paul was a pianist and Buddy offered to teach Paul guitar if Paul would write him a song. After the tour was over, Anka met the rock and roll legend at a New York studio, and Buddy recorded… “It Doesn’t Matter Anymore”. Days before Holly died, it was the last song he ever recorded. It is hard to say what is cooler about this story,  that Buddy taught him guitar or that Paul wrote one of the most beloved songs in rock and roll history. Last night at Ridgefield Playhouse,  Anka gave the song a country twang it hadn’t had before, and interspersed Don Gibson’s “Oh Lonesome Me,” and even better, added a line, a killer one: “Somebody tell me what forever’s for…” If all Anka had ever done was the song, he would be considered in the same breadth as, say Bobby Fuller,” but that is barely the first chapter and we got the story told from the still crystalline vocals, better than in his teens and twenties, Paul, in a show that dovetailed back to another legend on this “Anka Sings Sinatra: His Songs, My Songs, My Way”! tour, has never really been better.

Leading his fifteen piece orchestra through Sinatra hits, some of which Anka wrote, as well as a hefty helping of his own songs, Anka was the embodiment of a form of artistry in its final stages, he tells a story of mentoring another Great American Songbook Canadian Division, Michael Buble, Anka sings circles round Buble but Buble is big enough right? I was discussing the show with SohoJohnny Pasquale’, his cousin Richard Russo, and Richard’s wife, Donna,  after the show. We were agreed that it was among the best shows of its type. But ttrying to figure what current singer is his equal? : Tom Jones Engelbert Humperdinck? Tony Bennett is a master though he lacks that fifth gear overdrive, always has. Bennett defines subtlety. Anka is the last of a breed, “The Kid,” as Sinatra nicknamed him, is the last man who was in the steam rooms, backstage, at the Copa, hanging with the greats, and last night felt like a testament to his past in a world long time gone.

Watching Paul floor Ridgefield Playhouse was something else again, with a voice that goes just about everywhere he wants to put it, and a stamina remarkable in a man of 77, Paul arrived in a gorgeous black suit and Cuban heels, soon he wasn’t merely thanking the audience, he was walking through the audience, flirting with the women, high fiving the men, walking through rows, reaching forward. Later he would say, “Take as many pictures as you want, use a flash, it doesn’t bother me at all” Think of that for a moment. Opening with two very early songs, “You’re My Destiny” and “Put Your Head On My Shoulder,” he swept us away with a flourish. And that lead directly to the Nelson Riddle arrangement (off Songs For Swinging Lovers) of Cole Porter’s “I’ve Got You Under My Skin” and while I take major issue with him dumping the song’s once in a lifetime bridge, he lets the band flirt with it but decides to add a horn solo and then drops the huge build up, a full orchestral jam groove that lifts the world to a different place, his actually performance was immaculate. Sometimes, the way he uses his arms and hands, are like a channeling of Sinatra, like a place where the twenty year old Paul absorbed everything he could from Frank, and retrieved it 55 years later. The way he turns “use your mentality” into a hook is an American classicism of the first order. People were always asking Paul for songs, including a man he dubbed the greatest entertainer he has ever seen, Sammy Davis Jr, Paul wrote “I’m Not Anyone” for Sammy, and duetted with Sammy in film from Davis’  TV variety show. “I’m Not Anyone” isn’t one of the great songs here, but it doesn’t matter, its sentiments of personal integrity (later echoed in another Anka song) is completely riveting and emotional; among other things it is a testimony to a certain American dynamism, a self value and self appraisal and personal exceptionalism.

There isn’t a song that was written earlier than the late 1940s or later than the early 1970s, but within the timeframe moves through his set with skill beyond skill, and that would be enough, but Anka is a story teller and the stories are well worth hearing. He got a call from Frank who told him to hop a plane and meet him in Miami, they had dinner along with Frank’s woman, the exceptionally youthful Mia Farrow. “I’m retiring,” Frank announced, “And I want you to write me one final song.”

What Anka wrote was “My Way,” though last night he first performed Sinatra’s come back song after two years of retirement, “Let Me Try Again”. Both songs are based upon foreign language originals. This story taking, this casualness in a precision sport (grace under fire), reached its zenith when SohoJohnny, hurrying back to his front row seat, was called out and had his pee break sung about. Anka had Soho in his sights, taking his cell phone later in the show and speaking into it. After the show we were ushered backstage and Anka joked “You guys again”.

Anka is as skilled a frontman as any I have ever seen, he has Rat Pack cool and heartthrob vibes, he acts each song as though he has just become Charles Aznavour,, each story, each idea, becomes bigger than what it is by closing in on us, and never more so than on “It Was A Very Good Year” -the folk ballad that became an ode to time, and women, who leave.

After the show is over you feel as though you have had a deep fry into Anka’s career but he didn’t even do “Having My Baby,” he ignored his penchant for leftfield covers (Nirvana, anyone). The blurb to his biography “promises “My Way is bursting with rich, rollicking stories of the business and the people in Anka’s life: Elizabeth Taylor, Dodi Fayed, Tom Jones, Michael Jackson, Adnan Khashoggi, Little Richard, Brooke Shields, Johnny Roselli, Sammy Davis, Jr., Brigitte Bardot, Barnum & Bailey Circus acrobats, and many more.” Yup, Sinatra and Holly don’t make the cut.

Anka appears to be an open book but… maybe not. There is too much to the story. It feels like from fat boy, to musical brainstorm, to slim downed heartthrob, to night club ingenue, to Junior Rat Packer, songwriter to the stars, survivor of the Beatles, mainstream MOR star, and populist last man standing, is the heart and yet every time you dig further you unearth more; there is too much to it all.

So last night, for all the strengths of the evening, the 90 minutes plus seemed to skim the story, you want a clearer eye on the performer and you don’t get it. But what you get is the best purveyor of the mid-20th centuries songbook in complete control of his art form 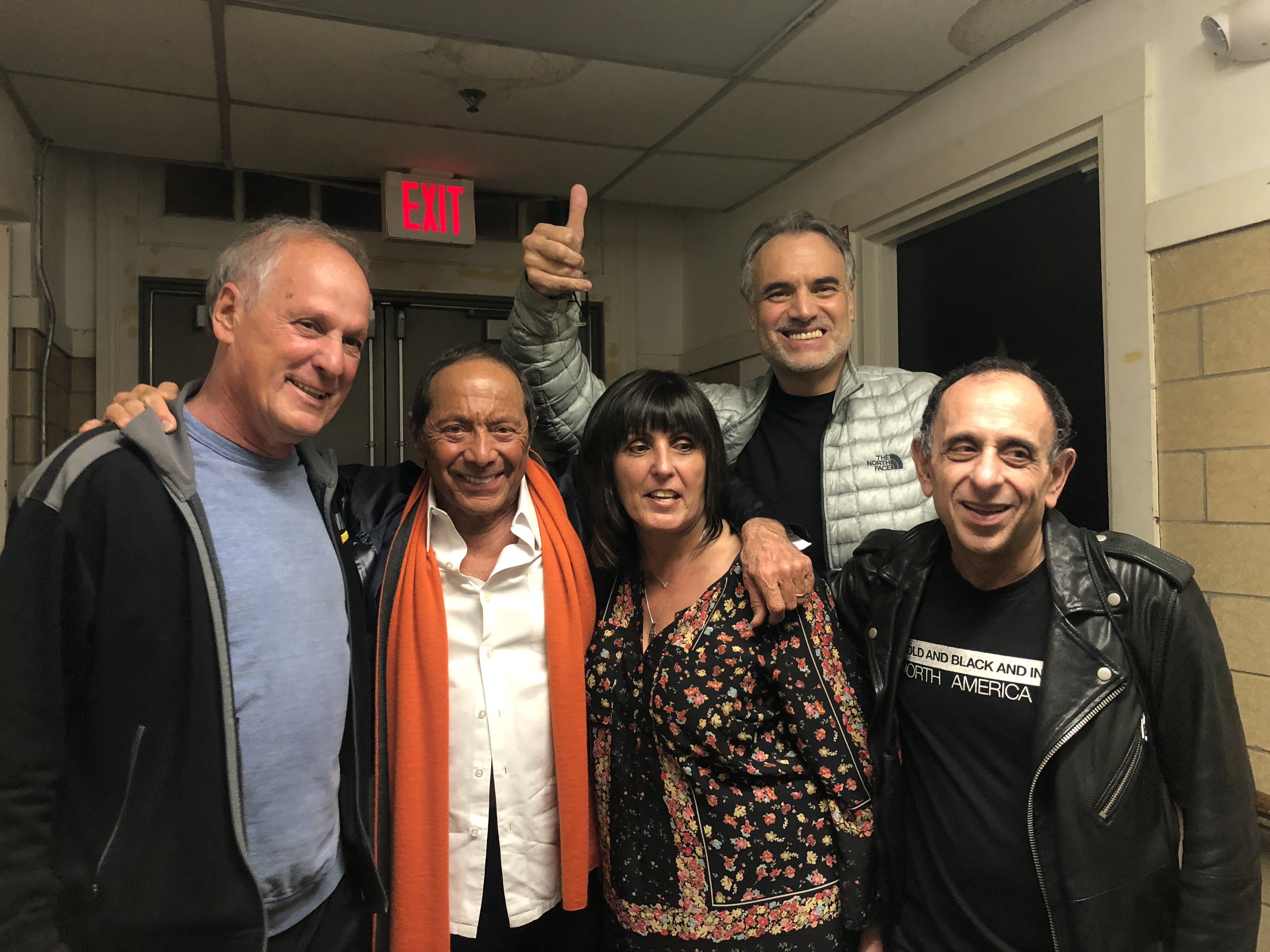