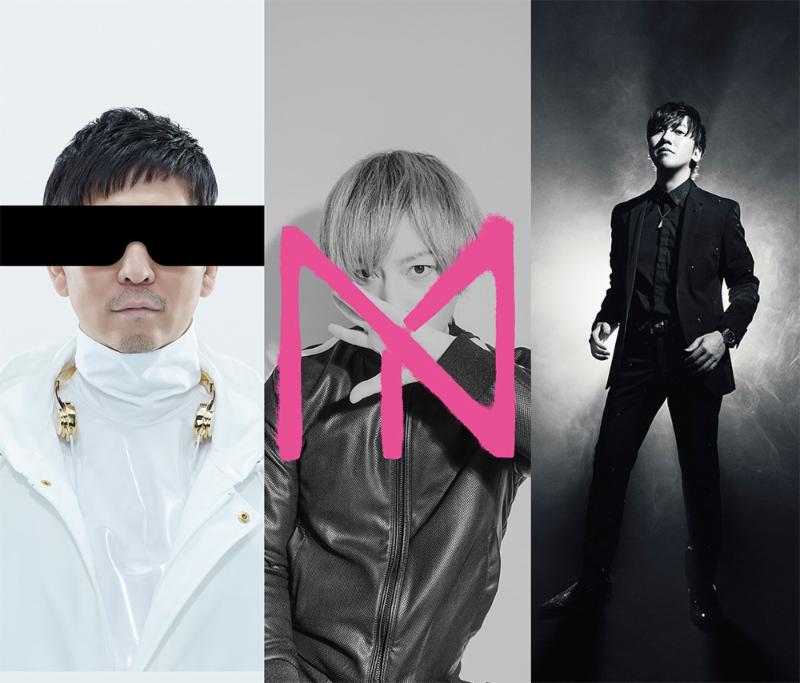 OTAQUEST and LDH USA are bringing the high energy vibe of Tokyo’s nightlife to The Novo by Microsoft at L.A. Live in Los Angeles on Wednesday, July 3rd for a special late-night club event featuring the biggest names in Japan’s club and EDM scene.

OTAQUEST events showcase what is “of-the-moment” in Japanese culture and celebrates the best in Japanese pop music and dance with some of today’s hottest artists.

Taku Takahashi:
Taku Takahashi launched his career in 1998 as the DJ/Producer of the J-pop music group “m-flo”. The group quickly rose to prominence, and over the last decade have sold over 2 million copies of 30 singles and 10 albums.
Taku Takahashi is also well-known for his solo work as a producer/songwriter, remixing music for Calvin Harris, The Ting Tings, Morgan Page and SMA., TAKU won the “Beatport Music Awards 2011 Top Tracks” with his “Incoming… TAKU Remix”, he has proven himself as an elite player in the Japanese dance music scene. Taku Takahashi also served as supervisor to the soundtracks for the hit Japanese anime “Panty & Stocking with Garterbelt” as well as making waves in the music industry for his work with the drama/movie “Nobunaga Concerto.” In 2011, Taku Takahashi embarked on his most ambitious venture yet, establishing Japan’s first and only Dance Music Radio Station “block.fm.” Currently boasting upwards of 40 programs including exclusive mixes from world-famous international DJs, block.fm is gaining strong attention as it’s fan base rapidly continues to grow. Praised for his prominent role in the Japanese dance music industry, Taku Takahashi was voted the number 1 DJ for three years straight, by Japan’s most renowed dance music publication iLOUD for their annual “DJ 50/50” top DJ list.

Yasutaka Nakata:
Yasutaka Nakata is the leading figure in the Japanese electro scene. While he delivers a distorted sound with a distinct distortion, he is also the creator of the style of “kawaii” electronic music, which has stemmed many derivatives across the world. As a producer, he has brought artists such as “Kyary Pamyu Pamyu” and “Perfume” to the eyes and ears of the world.
Yasutaka started CAPSULE in 2001 and has shared his solo name across the many artists he’s produced and established a distinctive Yasutaka Nakata sound. Influencing not only artists in Japan but also around the world, Yasutaka Nakata’s influence in music continues to be tied back to Japan.
Artists such as Madeon, Porter Robinson, Sophie (PC Music) among others, cite t Yasutaka Nakata as a major influence on their music.
Yasutaka provided the Ultra Music Festival worldwide official anthem under his solo name, a first for a Japanese artist. He provided music for the 2016 Rio Olympics closing ceremony and had a featuring track with pop superstar, Charli XCX with the song “Crazy Crazy”. Yasutaka created the theme song for the movie “Nanimono” with the song “NANIMONO (feat.Kenshi Yonezu) and the tie-up song (Bokura no Network) for the game “Dragalia Lost” under the name DAOKO x Yasutaka Nakata. Yasutaka created remixes for ZEDD and Steve Aoki and more; he also co-produced a song with director JJ Abrams for the Hollywood movie “Star Trek : Into Darkness.”
In 2018 Yasutaka released his 18th album titled Digital Native which featured the colorful track with vocal cut-ups “White Cube.” This album release garnered him the #1 spot on both the overall and electronic charts on iTunes.
From gaming to films and pop music, Yasutaka activities are diverse with a unique style centered on the club scene.

TeddyLoid:
At the age of eighteen, producer and DJ TeddyLoid was chief DJ and sound producer for recording artist MIYAVI on his world tour spanning 13 countries. In 2010, he produced the soundtrack for the anime TV series “Panty & Stocking with Garterbelt, along with Taku Takahashi (block.fm, m-flo). In 2011 he joined forces with musicians Kou Shibasaki and DECO*27 to form the musical unit galaxias! and subsequently released an album with them. He engineered sound for the lead song “Neo STARGATE” on the 2013 album by pop idol group Momoiro Clover Z and later produced the group’s first official remix album, Re: MOMOIRO CLOVER Z, released on the EVIL LINE RECORDS subdivision of King Records. In September of 2014, TeddyLoid released his first album, BLACK MOON RISING, on the same label, marking his major debut as a solo artist. December 2015 saw the release of his second album, SILENT PLANET, a collaboration featuring artists including Yasutaka Nakata of CAPSULE, HISASHI (GLAY), Tetsuya Komuro, Ryohei Shima (the dresscodes), and Ayaka Sasaki (Momoiro Clover Z). In 2016, he began the digital release of the SILENT PLANET 2 EP series, as a sequel to his previous album. This effort featured artists such as KOHH, Bonjour Suzuki, CHANMINA, AiNA THE END (BiSH), and K Dub Shine, among others. As a music producer and remixer, he has lent his talents to releases by a diverse range of musical artists, such as Yuzu, the GazettE, KOHH, HIKAKIN & SEIKIN, Crossfaith, and Yoshikazu Mela.
Additionally, he collaborated with DAOKO in producing music for the music video ME! ME! ME! by director Hibiki Yoshizaki, part of the Japan Anima(tor) Expo series, In addition, he has produced video game soundtracks, including the promotional video Destiny 2 Live Action Dance Trailer “Freestyle Playground” for the new PlayStation 4 game “Destiny 2,” the “EXTRA BASS” series from Sony, and “SUPERLOSERZ SAVE THE EARTH,” a new performance from Wrecking Crew Orchestra under the direction of Amon Miyamoto.
TeddyLoid has garnered great reactions to his work abroad, including recognition as one of the Top 5 most-played Japanese music artists on Spotify in 2016, alongside the artists RADWIMPS, BABYMETAL, ONE OK ROCK, and PICOTARO, and a successful world tour across four countries and spanning thirteen cities in 2017 and 2018.
Official Facebook: https://www.facebook.com/TeddyLoidSpace

About OTAQUEST:
OTAQUEST started as a web media platform delivering news on Japanese pop-culture including anime, music, video games, fashion and fan culture. Headquartered in Japan and staffed with a global network of contributors, OTAQUEST delivers timely content and daily updates including interviews with content notable creators, directors, and industry luminaries, as well as editorial and video content highlighting unique and focused topics for a growing English-speaking fanbase.
In 2018, OTAQUEST LIVE was established in both Japan and the United States with an emphasis on expanding the global audience for Japanese pop music and culture. Focusing on trending artists and the latest bands, DJs and live performers, OTAQUEST LIVE delivers the current sounds and styles of Japan with high energy and spectacular production quality. For additional information visit: https://www.otaquest.com and watch the trailer for OTAQUEST Live HERE.

LDH Japan also operates 12 restaurants and 9 fashion brands including the renowned jewelry and apparel brands, AMBUSH, and HUMAN MADE, which is a partnership between LDH, Pharrell Williams and NIGO®. LDH USA is a part of the LDH Global Initiative which strives to share the LDH philosophy of “LOVE DREAM HAPPINESS” with the world and replicate the enormously successful live shows that LDH produces in Japan that have drawn over 50,000+ attendees per show and over 1.5 million guests per tour. For additional information about LDH, please visit:
USA: https://www.ldh.co.jp/eng/usa/ Japan: https://www.ldh.co.jp/eng/