One World: Together At Home, A Global Citizen and the World Health Organization Major Event On April 18th 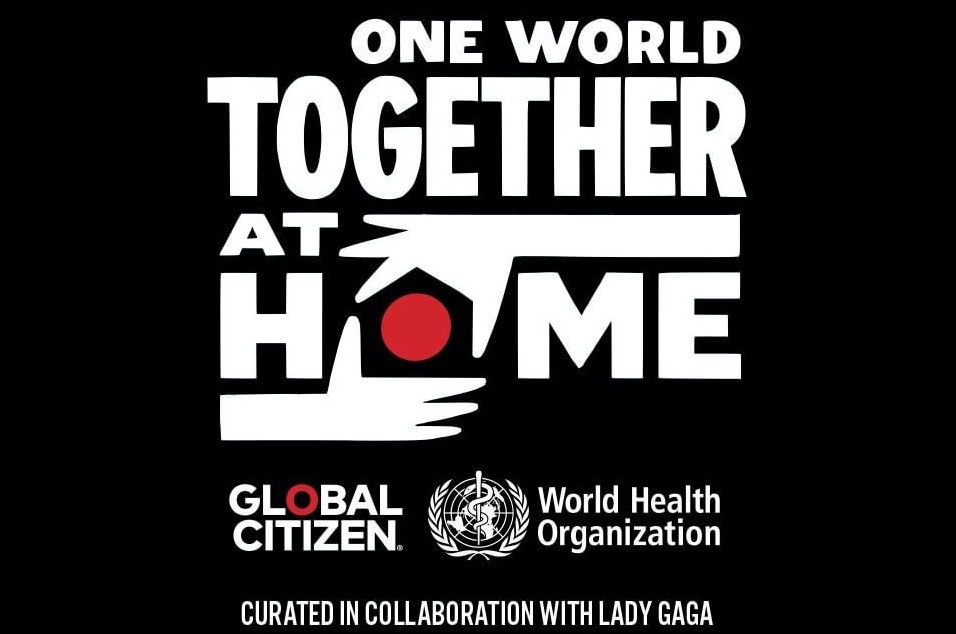 Although he only reviewed it on YouTube last year, Iman has reviewed many editions of Global Citizen Festival in Central Park. Today, Global Citizen and the World Health Organization have announced a new event: One World: Together At Home, an all-star concert will be broadcast live on all the major American television networks and on every social media platform (Alibaba, Amazon Prime Video, Apple, Facebook, Instagram, LiveXLive, Tencent, Tencent Music Entertainment Group, TIDAL, TuneIn, Twitch, Twitter, Yahoo, and YouTube) on Saturday, April 18 at 8 p.m. ET. For all the nostalgic people out there, this should have been the second weekend of Coachella.

‘The World Health Organization is committed to defeating the coronavirus pandemic with science and public health measures, and supporting the health workers who are on the frontlines of the response,’ said Dr. Tedros Adhanom Ghebreyesus, Director-General of the World Health Organization. ‘We may have to be apart physically for a while, but we can still come together virtually to enjoy great music. The ‘One World: Together At Home’ concert represents a powerful show of solidarity against a common threat.’

Over the past three weeks, the Together At Home series has featured performances from many artists including Chris Martin, John Legend, Charlie Puth, Common, Shawn Mendes, Camila Cabello, Ryan Tedder of OneRepublic, Niall Horan, Steve Aoki, Jennifer Hudson, Miguel, H.E.R., Anthony Hamilton, Rufus Wainwright, Hozier and Julianne Hough, among others in support of the WHO and Global Citizen’s campaign.

I don’t see Lady Gaga on the list of the performers, but she will probably perform; after all, she said she is not releasing her album because she deeply cares about the healthcare workers of the world.

I suppose the event will be very similar to the ‘iHeart Living Room Concert for America’ hosted by Elton John a few days ago. There is even a large overlap of the performers, and, once again, each of them will play a song from his or her living room, and we will be asked for money to support these important foundations. The only problem is that many Americans are currently struggling, many of us have lost their jobs, and don’t even know where to find the money to pay the next rent…and I am not even talking about everyone’s IRA. Only Jeff Bezos, toilet paper makers, and Netflix’s CEO are currently making money, so I propose they contribute to the funds? 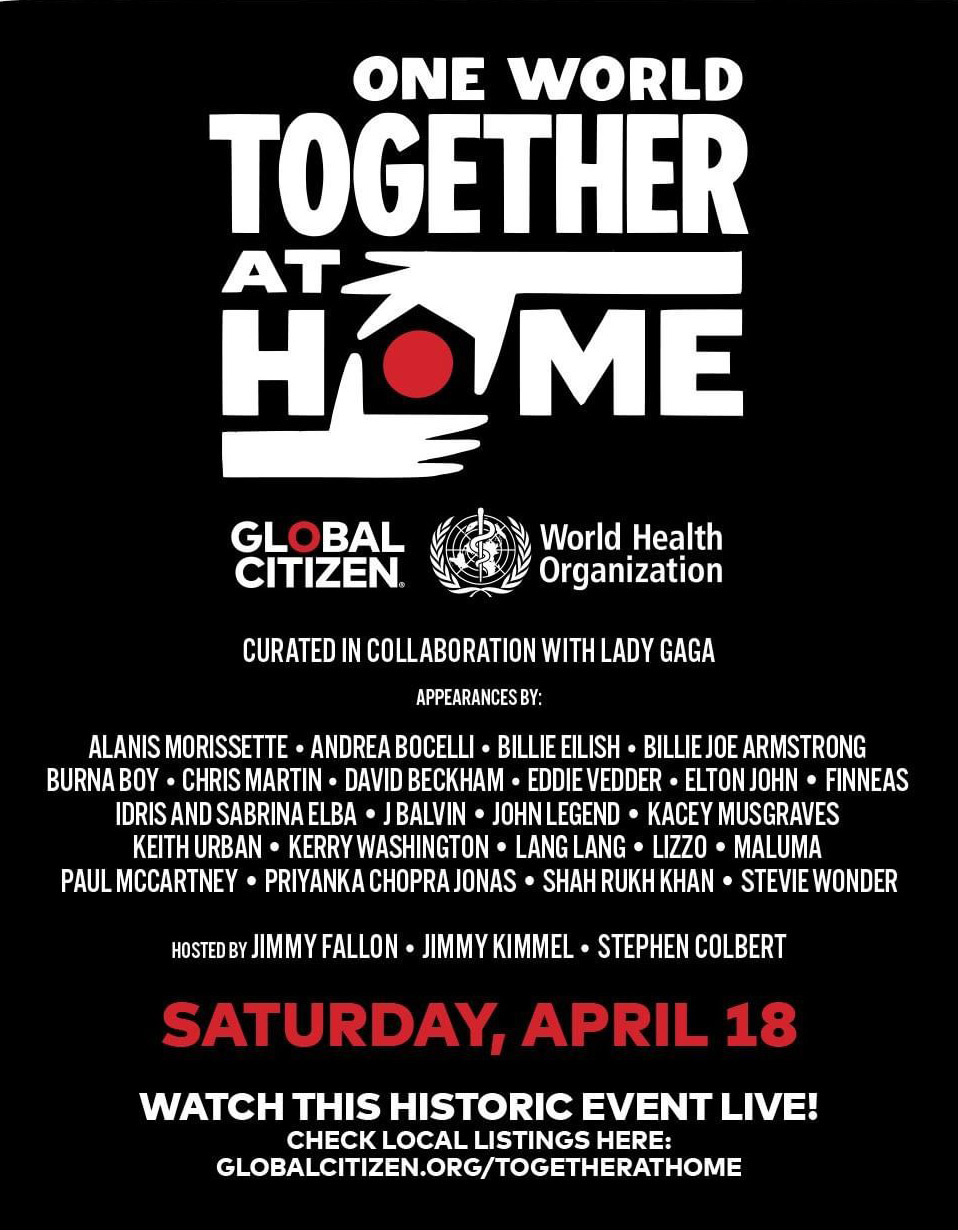