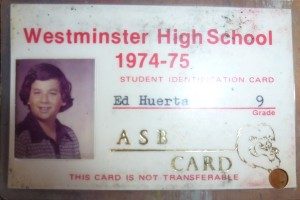 A little history is in order before you decide to take this dive into this article. A post on Facebook on 4th of July by legendary writer and musical connoisseur, Iman Lababedi about the song “Born in the USA” sparked my mind to recall the feelings for Bruce Springsteen and what he means/meant to music then and now. Some of you may have had similar journeys. Some of you may hate the man and his music, so be it. You have that choice. I thought he was the musical messiah at one point in my life. In this column, possibly the first of a few on this man, I am only going to touch on the Born to Run era Bruce and how it affected a young teenager living in an angst filled high school world. I could easily go on and maybe with a little prodding will continue to write about the historic run of Bruce’s career and how it affected the chapters in my life and growing up and how rock and roll has taken a backseat to everyday woes and responsibilities. I hope the haters and doubters stay with me, if not, take two aspirins and go listen to early Genesis and we’ll meet ‘neath that giant Exxon sign cuz this guy don’t dance…

Summer 1975. I was fourteen years old, a freshman in high school in a city far away from the east coast, Westminster California, in the heart of Orange County. I was never a popular kid in school and spent a lot of alone time in my room listening to the radio and LP recordings. At that time songs like “Billy Don’t be a Hero”, “Seasons in the Sun”, “Clap for the Wolfman” were permeating the airwaves. So I found solace in The Who, The Beach Boys, Sam and Dave, Elton John, The Beatles, The Eagles, (god, did I just admit that!???), J. Geils, The Ronettes, The Crystals, The Shangri-La’s, George Carlin, Richard Pryor…and I would buy Rolling Stone, Creem and Circus magazines and absorb everything about music that my 14 year old brain could handle.

One thing I kept seeing were ads for the “future of rock and roll”, “the new Dylan” this bearded, curly haired, gap-toothed dude with a dumb cocked hat on named Bruce Springsteen. They made it sound like he was the next Elvis or The Beatles. I turned my back on him right away. But one day, I was with my older brother Jack (he probably had to watch me that day) and we went to his friends house to just hang out (mother nature may have been involved here…not saying…can’t remember) and he had like KMET on or something and the DJ said “here’s the new song by Bruce Springsteen, Born to Run”..instantly I thought cool, I get to hear this clown and finally see what much to do about nothing is all about. I go into the living room where the speakers were blasting to hear it better…then the opening snare roll fill with the constant bass drum pattern, the glockenspiel and the sax and the Duane Eddy/Link Wray/Dick Dale guitar riff in a wall of sound production filled my world.

This was my personal vision of rock and roll perfection! This dude was marrying all these influences that I dig, into an angst filled (my middle name at the time was angst!) song about escaping into a better future. I must have stood stock still, just absorbing the music, time stood still, doors flew open, this is what rock and roll is all about! This is why I exist! I was transported with high hopes…and then the cacophony of sounds heralding the end of the song was coming…but no “One, Two, Three, Four”..the desperate plea/statement “The highways jammed with broken heroes on a last chance power drive”..Jesus H.! This is brilliant! The glockenspiel…the F*CKING glockenspiel! “Run, run, run, run run….”

What the heck did I just hear???

I was by myself, in some dude’s living room, awakening from a dream.. I needed to hear that again! Again and again. That may have been the most perfect song that I had ever heard in my 14 years!

I don’t remember much more about that day.

I bought the LP and listened.

I basically tore apart every song and studied them. The cool Roy Orbison reference in “Thunder Road” and the homage-y Dylan lone harmonica that starts us on the journey, then the Stax-y introduction to the E Street band “Tenth Avenue Freeze-Out, that could have had Steve Cropper himself, playing guitar. Night (my least favorite, never moved me for some reason, maybe because I couldn’t connect any musical dots with this one, but was very happy to hear it live) then propels us onto the streets. A precursor of “Racing in the Streets” where the night, tonight, holds more promises than the future ever will. Side one ends with “Backstreets” a funereal opening that builds into a crescendo of hypnotic tom fills that mimics the lonely beating of an angry young man’s soul and heart. (I remember one reviewer at the time counted how many times Bruce said ‘Backstreets’, he must have been pretty pissed off about something that Springsteen did!) Those hypnotic tom rolls (I never understood why I get a moody Del Shannon feel when I hear this song) killed me! It seems like Bruce was sooo angry that he forced as many words as he could into his phrasings, driving the point home with wordless howls that truly conveyed the pain and loneliness of the character/Bruce, for it is at this point that I wondered is this a concept LP? Is this like West Side Story? Or are these real dramatized street events that go down on the streets of NYC that in the comfort of my little bedroom in Westminster, I was sheltered away from??? Proof that his story telling talents were really being honed at this point in his career.

Side two opens with “Born to Run”, just a super meld of classic sounds. Some incredible drumming is going on in this song, the bass drum, snare and hi-hat work/interplay are excellent …and I do miss the angelic choir (can be found on E Ticket bootleg) that Bruce mixed out of the finished version. Again, this is a life changing song in many peoples’ musical lives. Next is the Bo Diddley beat inspired “She’s the One” ( a real great live song), followed by the jazzy, cool “Meeting Across the River” then the epic “Jungleland”, the most interesting 10 minute song that I knew of at that time. Filled with more romantic imagery than in any other song that I have ever heard. The marriage of street poetry and classic production with classic rock and roll instruments was just a mindbender. I always felt that Bruce would have been a terrific writer/author of short stories. ‘

Born to Run was quite the journey for a 14 year old to handle. I would sit in my room and listen to this LP for hours on end, mesmerized, hypnotized…it was all the sounds of rock and roll married onto one romantic word laden, exhausted, event filled day.

This led me to read everything I could about this Bruce Springsteen. Needless to say, I became a rabid fan and totally immersed myself in all things Bruce. I would listen to live bootlegs and just envision what was going on at his live shows. The Bottom Line stint (my brother Gerard, a famous illustrator, worked for CBS at the time, and was “given” a promo poster of The Bottom Line shows. I have that original poster proudly framed and displayed on the wall at my house. He also has the original sepia toned cover with the original script lettering that is worth a few quid but he decided to keep that one!) was especially historic and if I could go back in time.

I kept devouring scores of articles, bought his two earlier LP’s (not as fun but still had some fine jewels in there) and wanted to see this band onstage one day. I even found the exact button of Elvis that Bruce wears on his guitar strap on the cover of Born to Run in a little record shop about ¼ mile away from my house! What are the odds of that?!!

Well to wrap this part up, I have about 5 copies of BTR, plus bootlegs of outtakes, had the 8-track, the CD, even the 30th anniversary DVD/CD.

But this was that one summer in my life where the world was open. The world was promising. Rock and roll could change your life! I was young and open to new music. I thirsted for new musical experiences. My soul had yet to take a beating from that world outside. I grew up and maybe outgrew those feelings and maybe outgrew what Bruce is currently putting down.

But there was that one soft infested summer of 1975 where I could escape out that screen door and hop into that musical ’57 Chevy ride that was powered by melted down Crystals records (Greil Marcus). Little did I know that punk rock was on the horizon and about to explode and change the way we all played and listened to music.

Yes, there would be more windfalls in music that would rock my world. The Velvet Underground doing “Heroin”…How could someone actually write and sing a song about heroin?? The song itself was scary, heartbeat drums going faster until your chest was about to explode then simmering down to a comforting beat, only to rise again like a bad drug trip… but that’s another story..

Next up, the ride picks up a few more passengers as Bruce and I confront the darkness that is on the edge of our hometowns…

The Boss At The Bottom Line