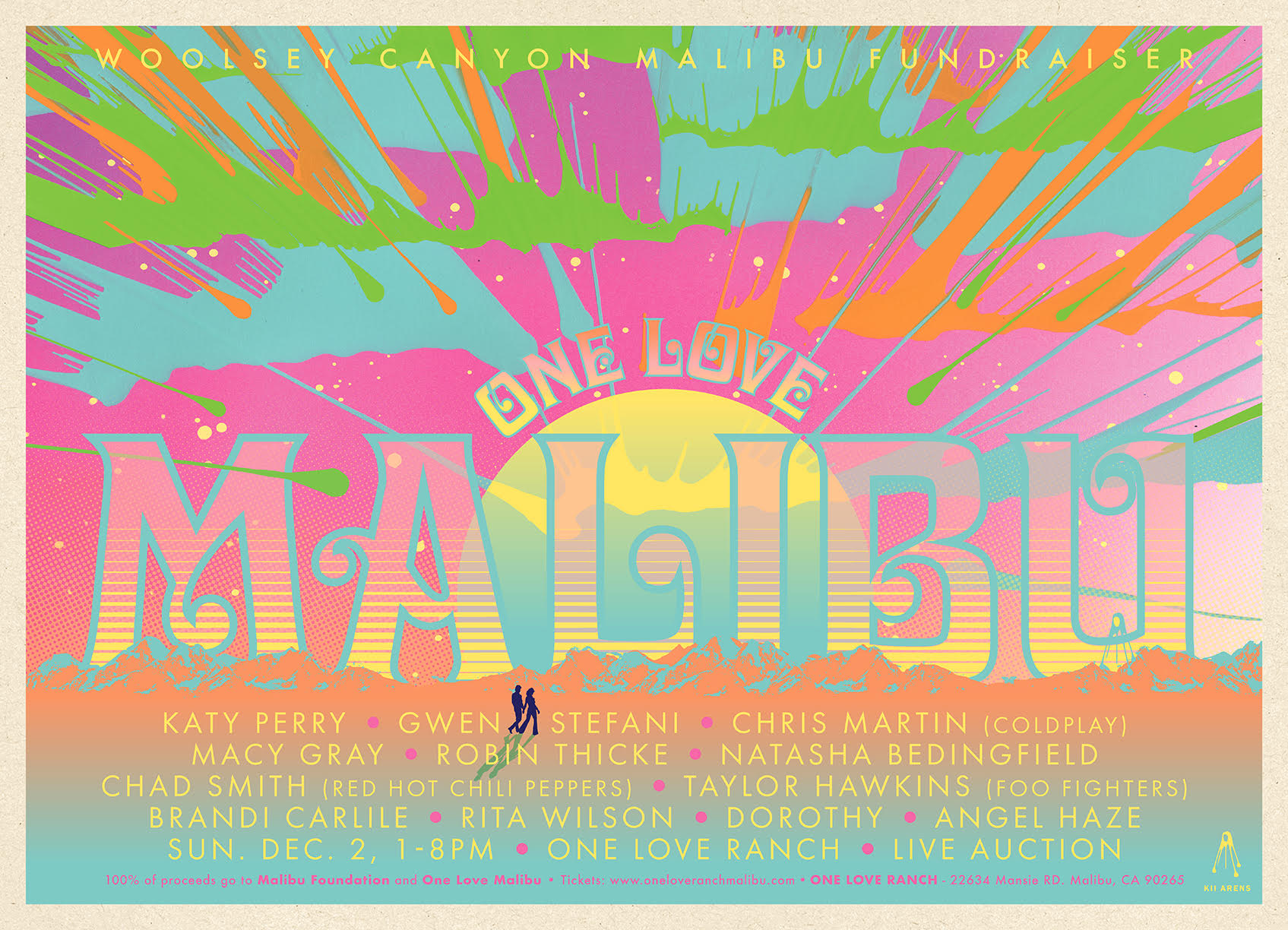 With support from festival Music Director Linda Perry & Kerry Brown’s label We Are Hear, the event will take place from 1-8 PM, with all proceeds and donations going to The Malibu Foundation and One Love Malibu relief efforts. This will go to those most in need: to the uninsured, those living paycheck to paycheck with no resources, to help with animal refuge and care, to rebuild and regenerate Malibu and to support proper Wildfire Prevention and Land Stewardship initiatives.

There will be a silent auction as well as a live auction by Christie’s, including a Jony Ive specially designed Apple product, a Tierney Gearon photograph, unique Mr. Brainwash artwork, and items from Bamford Watch Department. Food at the festival will be provided by Nick Mathers’ Elephante, Nobu Malibu and Catch.

About The Malibu Foundation:
The Malibu Foundation was created to support the community of Malibu and its neighbors as they work to rebuild after the Woolsey Fire. It has been launched by members of the community including Miley Cyrus, the Happy Hippie Foundation, Liam Hemsworth, Evelin Weber, Alice Bamford, Ann Eysenring, Joe Flanigan, Rory Kennedy, Trevor Neilson and others. The foundation will support programs in areas impacted by the Woolsey Fire including Agoura Hills, Oak Park, Thousand Oaks, West Hills, Calabasas, Malibu and other areas. https://malibufoundation.gvng.org/