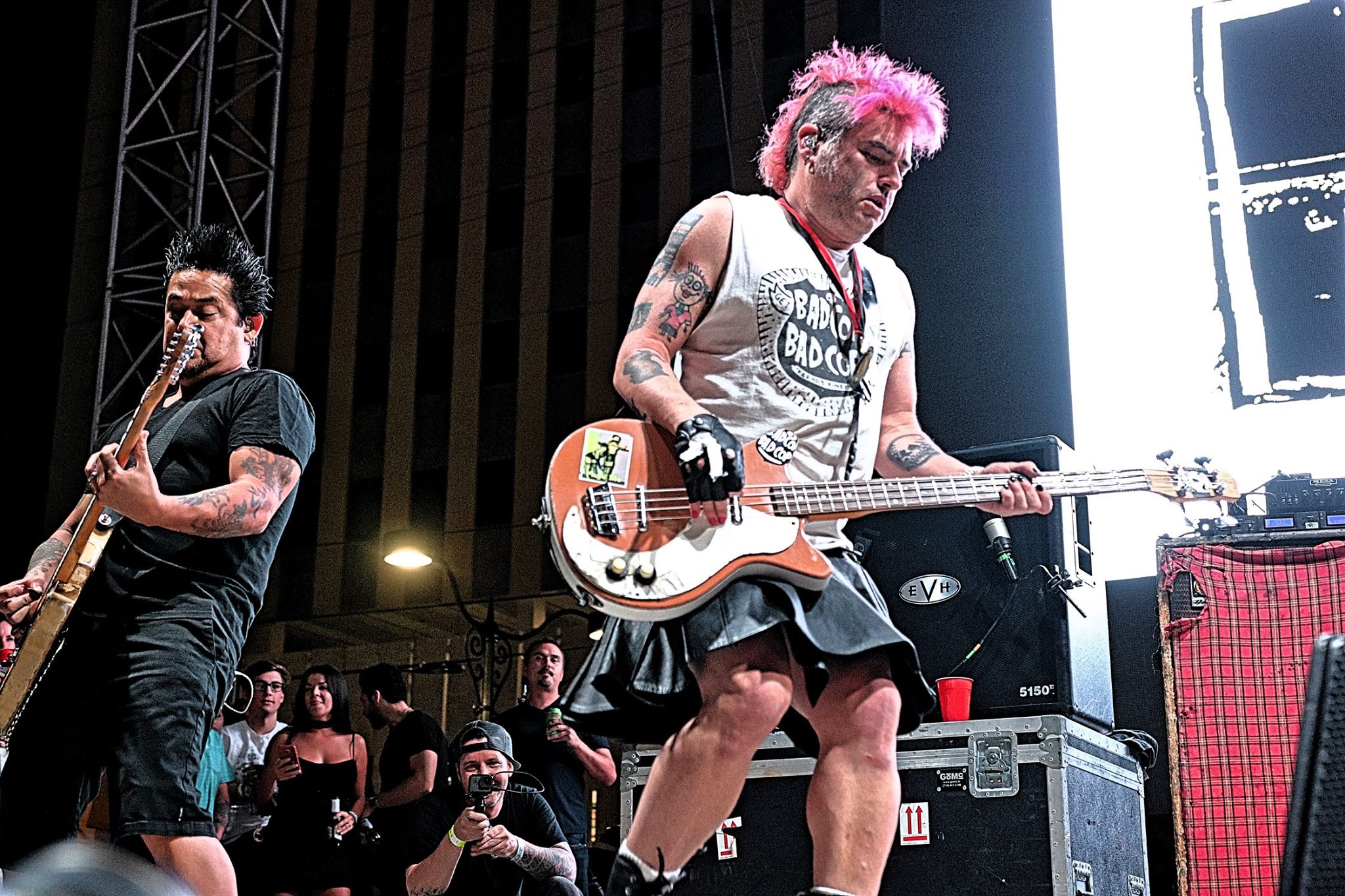 NOFX Are Still Canceled (here at Punk Rock Bowling in 2018)

‘I’ve been playing and bowling at Punk Rock Bowling since the very first one when there were only 22 teams. PRB is my favorite time of the year. Like so many of you, I not only get to see my favorite bands, but I also get to see my punk friends from high school. This event is my reunion, it’s my convention, and it’s my church…. I was so f**king excited to play it this year… but sadly we are not going to. NOFX had a meeting this week and decided we shouldn’t play out of respect that wounds are still healing. There has been a lot of hate messages and threats because we are on the bill, It just feels wrong. We know we said shitty things that caused it, so we get it. Sorry to everyone that wanted to see us. It’ll have to be in a different city. Hopefully, we can see you all in Vegas when the time’s right. But not Everything Sucks, I talked to Milo yesterday…. And he’s comin! Decendents are taking our spot! It’s pretty f**king cool that we are being replaced by a better band! I wish I could be there to see ’em.’
Actually very sincere, Fat Mike and NOFX.’

Apparently, NOFX are still canceled in Las Vegas. Do you remember what happened? I bet you don’t, I was there, and I almost forgot about this story. The ‘funny’ thing is that Fat Mike didn’t exactly get punished for what I expected: NOFX performed ’72 Hookers,’ a satirical song making fun of Islamist terrorists and their belief that they will be greeted in heaven by 72 virgins, and when they were done, they joked they did not get shot despite the song being about Muslims. ‘I guess you only get shot in Vegas if you are in a country band,’ guitarist Eric Melvin joked, to which Fat Mike responded, ‘That sucked, but at least they were country fans and not punk rock fans.’ It was a direct allusion to the shooting that happened in Las Vegas 8 months earlier, during the Route 91 Harvest Festival. The entire thing was obviously caught on hundreds of iPhones and posted all over social media.

The too-soon joke about the shooting, and not the Muslim joke, got them in big trouble. They apologized a million times, but all their US concerts got canceled, and they were banned from playing for some time.

It happened in 2018 and we are 3 years later, but they still received ‘a lot of hate messages and threats.’ Does this surprise you? I am not surprised but this is a sad state of affairs. People are still sending threats to a band known for its satirical and snarky sense of humor, because of a ridiculous joke made 3 years earlier. At the time, I remember that the public was laughing and not looking offended at all, but we all know what kind of damage a 3-minute video on Twitter can do. When did punk rock become so politically correct?

We definitively live strange times when one offensive comment results in 3 years of punishment and cancelation (and counting). Will NOFX be able to play Las Vegas again? It’s anyone’s guess, I would say not any time soon.