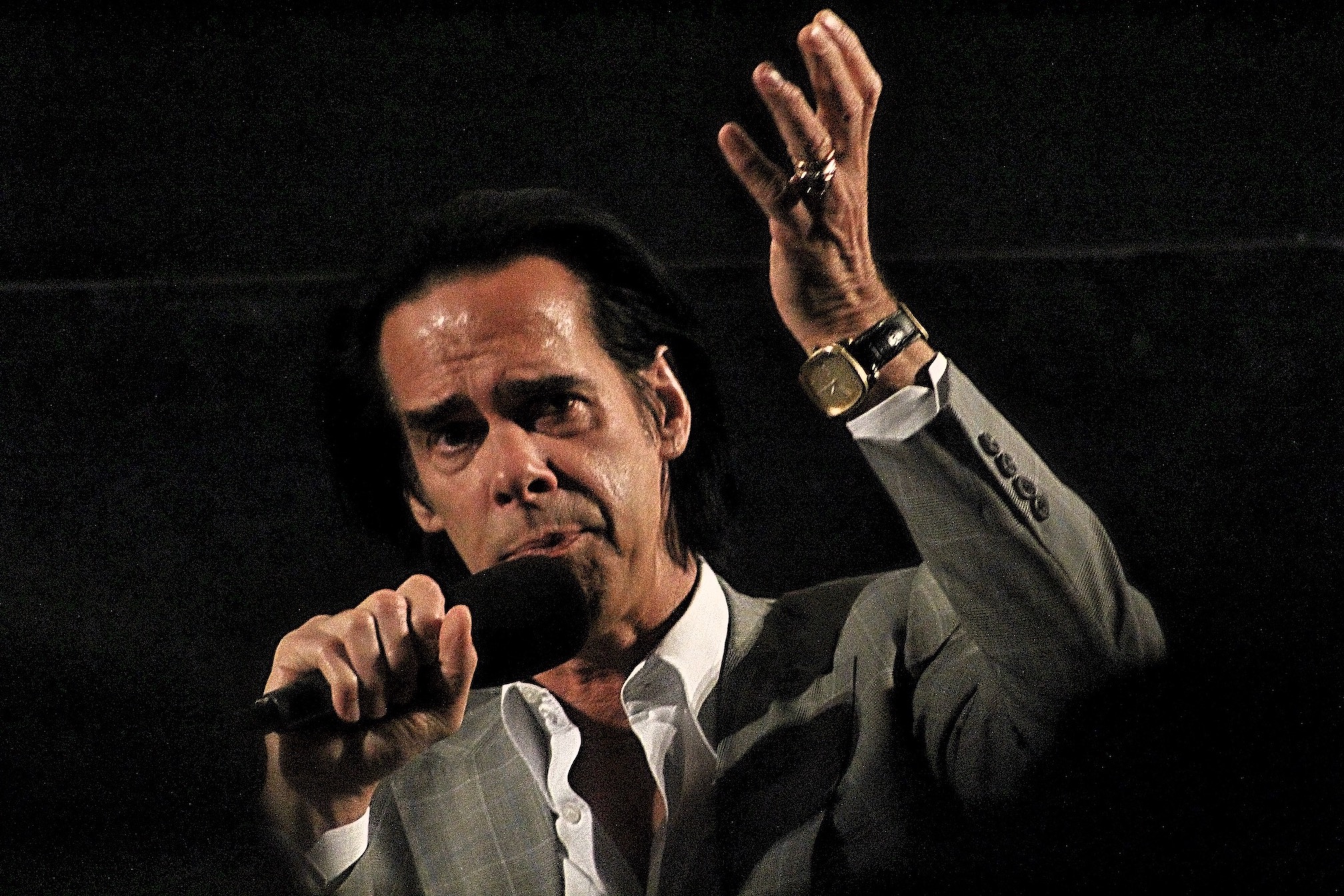 The song is the second track on ‘Electric Warrior,’ the second studio album of the legendary UK band T Rex, and Marc Bolan sang it with voluptuous strings and a famous glam rock sweetness in 1971. The late rock star was pursing some cosmic fantasy of his own, ignoring the conventions of society with an infectious playfulness, and some of the lines sounded like a fairy tale ‘I danced myself right out the womb,’… ‘I danced myself into the tomb.’

Nick Cave has recorded the song for the forthcoming album ‘AngelHeaded Hipster: The Songs of Marc Bolan and T.Rex,’ slowing down the song to his own rhythm and bringing plenty of emotion in his signature vocals. While the sincerity of the performance gives away how much he must love and deeply cares about the song, Nick Cave obviously doesn’t try to imitate Marc Bolan. He slightly transforms the glam rock anthem into a ballad with a mournful and poignant vibe, back-up by some rich orchestral instrumentation with violins, cello, viola, bass clarinet, English horn, guitar, bass, drums and of course his own participation on keys.

The video alternates footage of Nick in the studio with the full orchestra and archival footage of Marc Bolan, but you can also spot in the studio music producer Hall Willner, who unfortunately died from coronavirus complications last month.

The tribute album AngelHeaded Hipster: The Songs of Marc Bolan and T.Rex will be out on September 4th via BMG and will feature no less than 26 covers by the likes of Elton John, U2, Joan Jett, Father John Misty, Peaches, Lucinda Williams Kesha, Todd Rundgren, among many others:

AngelHeaded Hipster: The Songs of Marc Bolan and T.Rex: