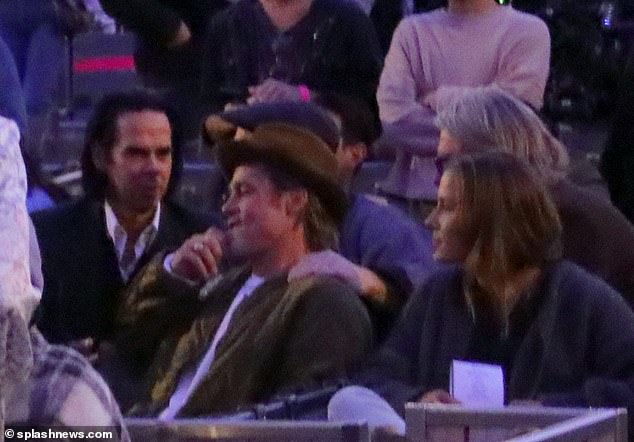 After mentioning Kanye West in his last post of his popular Red Hand Files, Nick Cave got a lot of press, although I am not sure it was exactly reflecting what he meant. He was actually answering the question ‘Do you like Kanye?’ and his unedited reply was:

‘Making art is a form of madness – we slip deep within our own singular vision and become lost to it. There is no musician on Earth that is as committed to their own derangement as Kanye, and in this respect, at this point in time, he is our greatest artist.’

As expected, a lot of press only took the last part ‘he is our greatest artist’ without even bothering with the rest – because a musician praising another popular artist is always a good clickbait. But context is context and I wanted to quote the whole thing.

However, there is enough ambiguity in the entire quote to make your head spins back and worth and back. Does Nick Cave really like Kanye or is he a bit sarcastic? I happen to believe he did that on purpose, his quote is a fun tease and at the same time, I think he is quite sincere. Nick is too smart to not have anticipated the quote without context and he would probably not want to let the world believe he likes Kanye West if he could not stand him! I truly believe Nick embraces Kanye’s art in all its fool-on-the-hill madness, he actually went through the entire afternoon debacle at the Hollywood Bowl last November to attend Kanye’s opera, ‘Nebuchadnezzar’, which started 2 hours late.

But the funny thing in the story is the reluctance of the Bad Seeds’ fans to even imagine Nick Cave could appreciate Kanye’s art. Many of the reactions were ‘he is joking’, ‘he is being sarcastic’, ‘Is he back on drugs?’, while they thought all the articles were ‘completely misrepresentative and lazy’.

It sure is a bit easy and lazy to repost any Red Hand Files Nick Cave writes, but this resistance of certain fans is actually a bit disappointing. The least you can say is that Kayne West’s moves are predictable, he does whatever he wants to do and does not fit in any mold, and at this respect, West is one of the greatest. The main argument coming from the fans is, ‘Kanye is a douche’, and the fact that the rapper is currently performing at Awaken 2020, a Trump-supporting anti-LGBTQ right rally doesn’t help, but once again, people are confused.  As long as you don’t see both men hanging around, we can say that Nick Cave is interested in Kanye West’s art and not so much in Kanye West the man.