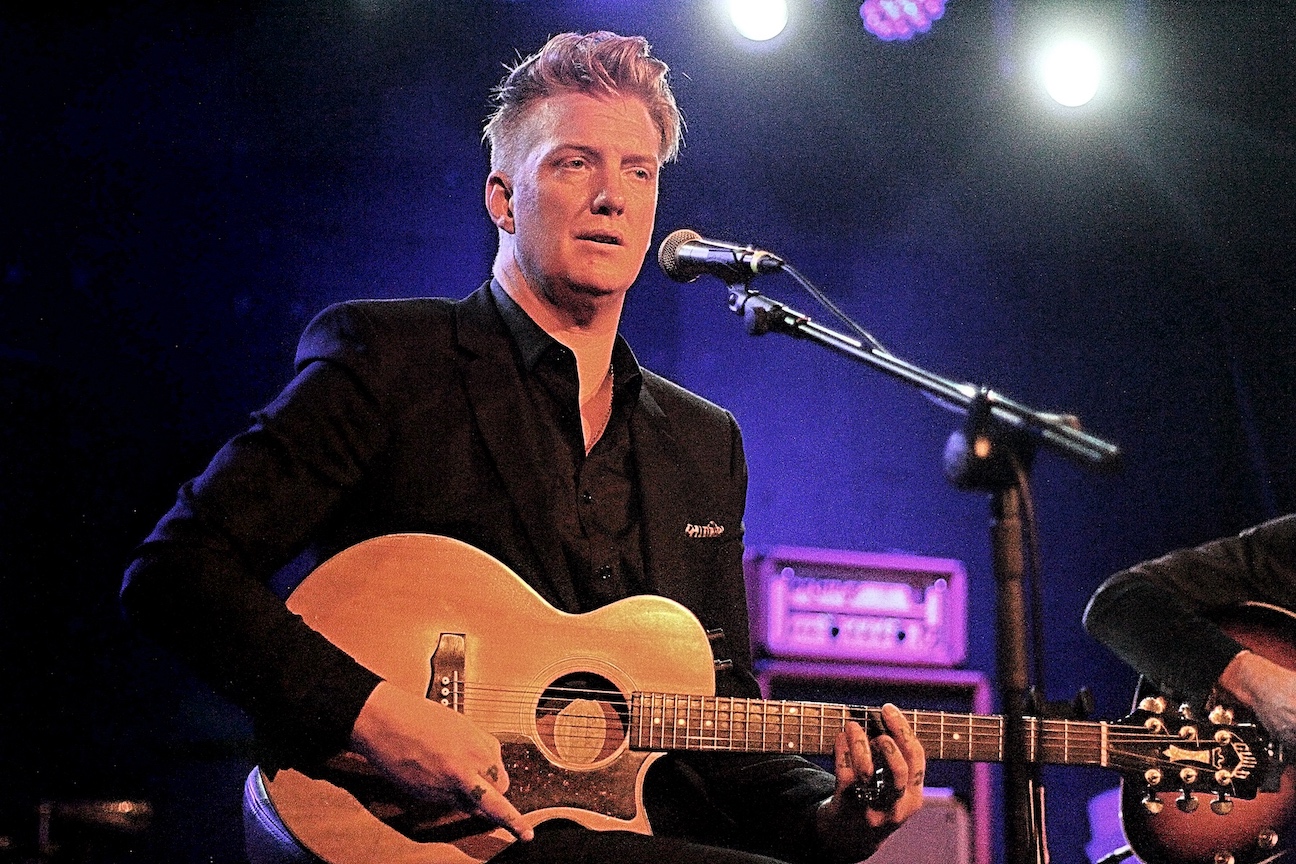 Are you ready for new Desert Sessions? The less well-known gig of Queens of the Stone Age’s Joshua Homme is about to land a new session on October 25, announced by a ridiculous comedy promo video, directed by Liam Lynch and posted a few days ago on Youtube.

Homme appears doing some kind of witchcraft ritual with Stella Mozgawa, Warpaint’s drummer, in the vault of his recording studio in Burbank when Liam Lynch and another drummer, Autolux’s Carla Azar (who also tours with Jack White) interrupt the satanic bloody ceremony, or whatever is going on… I know it’s a joke and it’s also almost Halloween, but this devil theme has been following QOTSA too long!

But seriously, fans have been waiting for The Desert Sessions for 16 years, as the last ones were recorded in 2003 with the great PJ Harvey among others like members of Ween and Marilyn Manson. Besides Azar and Mozgawa, these new Sessions (Vol. 11 and 12) will feature ZZ Top guitarist Billy Gibbons, Primus bassist Les Claypool, Jack Shears (of Scissor Sisters), Matt Sweeney (of Chavez, who toured with Iggy Pop and Joshua Homme during the Post Pop Depression tour), Mike Kerr (of Royal Blood), comedian Matt Berry, Libby Grace Hackford, Töôrnst Hülpft. And if some of these names are well known, I am clueless for a few of them, and in particular for this Finnish-sounding last one. It’s a bizarre freaking supergroup, with the expectation for some surprising result, and Josh Homme has apparently a lot of fun being the investigator of this crazy ‘let’s get lost in the desert to make music’ adventure. Actually, he is back in his element.

Two albums, titled ‘Arrivederci Despair’ and ‘Tightwads & Nitwits & Critics & Heels’, were written and recorded at the famous desert studio called Rancho de la Luna in Joshua Tree, with the help of co-founder David Catching. They will be available via Matador Records on October 25.

Keep in touch with Desert Sessions