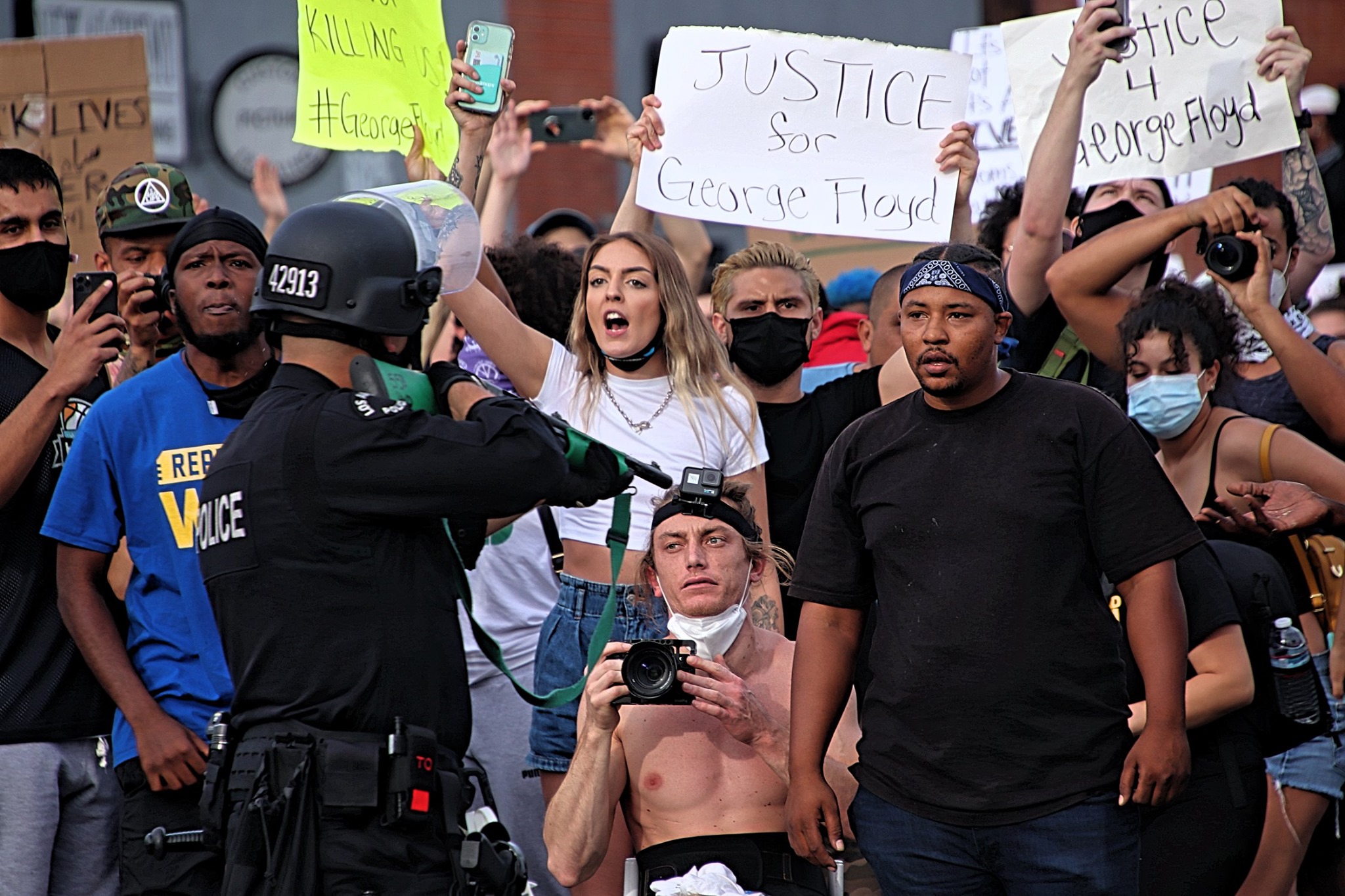 N.W.A. Is The Soundtrack

Protests haven’t stopped in Los Angeles and they are not going to stop anytime soon. With them comes a heavy police presence, and the national guards are now occupying Hollywood! I had never seen so much police/military presence than Monday afternoon, and since plenty of businesses have boarded up for fear of looting, Sunset boulevard looks like a pre/post-apocalypse avenue. I know we are in Hollywood but the problem is that this is not a scene set up for the shooting of some action movie. There is a wind of anarchy blowing over the entire city, we never know which part of the town will be hit, which stores will be looted, and people are afraid.

There were several protests all over town, from Hollywood to West Hollywood or Van Nuys, and yes, the protests were peaceful until the police sent tear gas to disperse the crowd after the curfew. At Sunset & Vine, people walked away calmly but they hadn’t decided it was over and they confronted the police lines a few times on Santa Monica boulevard. The neighborhood Rite Aid was looted, as well as other stores, and at this point, I expected it to happen, I told myself the store would be the target of the looting when I was trying to find a parking place several blocks away.

If there are more protests, the same series of events will repeat like groundhog day: peaceful gathering, chanting and march, tear gas, a forceful confrontation between the crowd and the police, rubber balls, and looting of nearby stores by a completely different group of people. I witnessed one of these confrontations, the police didn’t hesitate to shoot rubber balls at the young crowd, and there was even one person in a wheelchair at the front! Why are the police still focusing on stopping the protesters instead of protecting the stores and stopping the looting? This is beyond any comprehension.

But there was a funny scene at the beginning of the protest, a guy was riding a huge motorcycle on Sunset while blasting N.W.A.’s ‘Fuck tha Police’, which seemed to be the perfect soundtrack for the scene. Not that there was any aggression toward the police coming from this crowd, their slogans were focused on George Floyd’s death, equality, and civil rights…

This revolution is still young and in needs of a soundtrack, and of course, N.W.A. is the first band that comes to mind, followed by a few classics of rap and punk: Public Enemy, Fugazi, Dead Kennedys, The Clash, Rage Against the Machine, all denouncing police brutality, but also the more recent comers like Pussy Riot, Ho99o9 and Run the Jewels. And if Bruce Springsteen’s ‘My City of Ruins’ sounds like an incongruity at the end of this playlist, it is because nobody can recognize the place now. But what does it say about our society that a song written in 1988 is still the first idea that comes to mind? 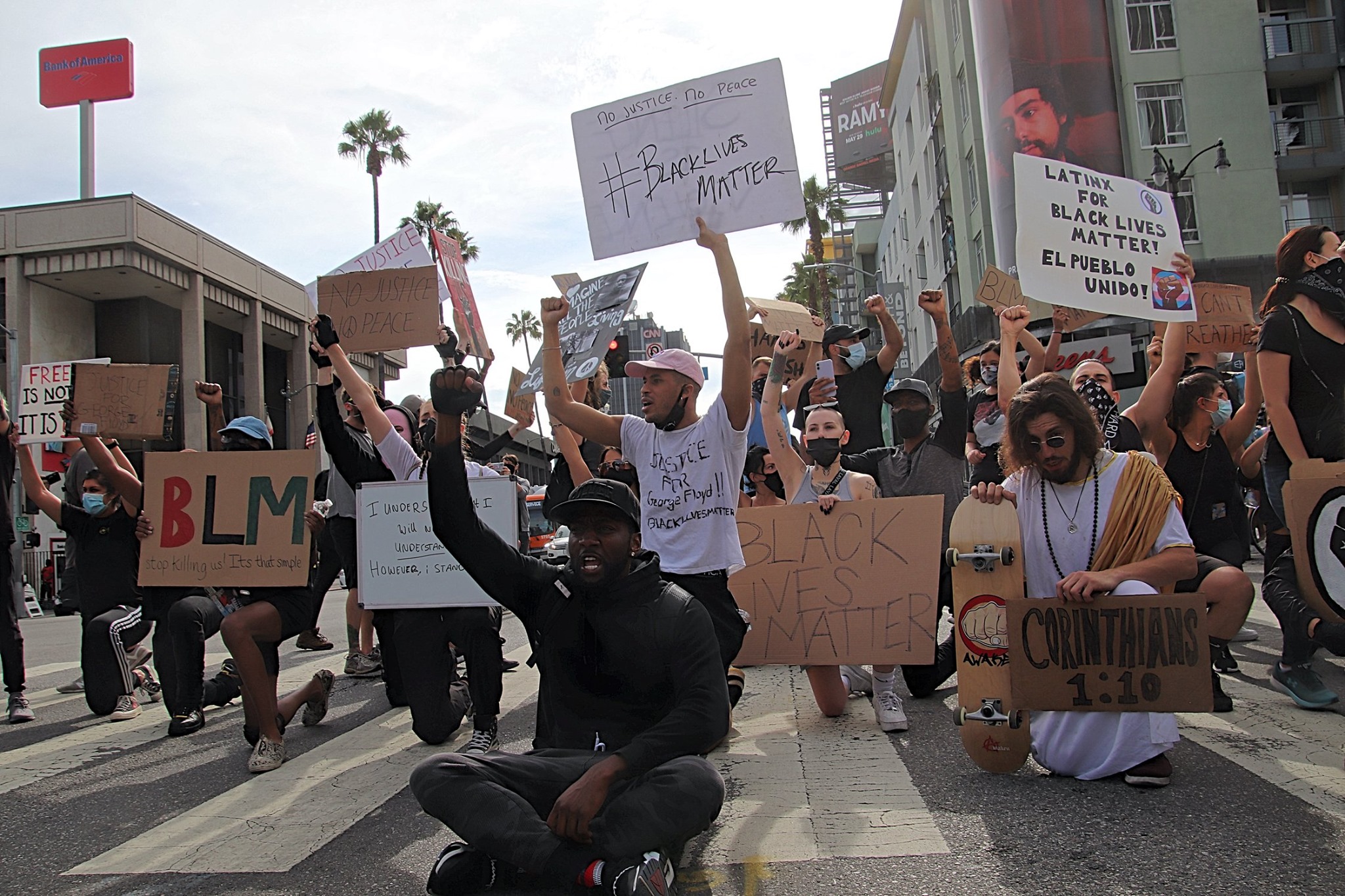 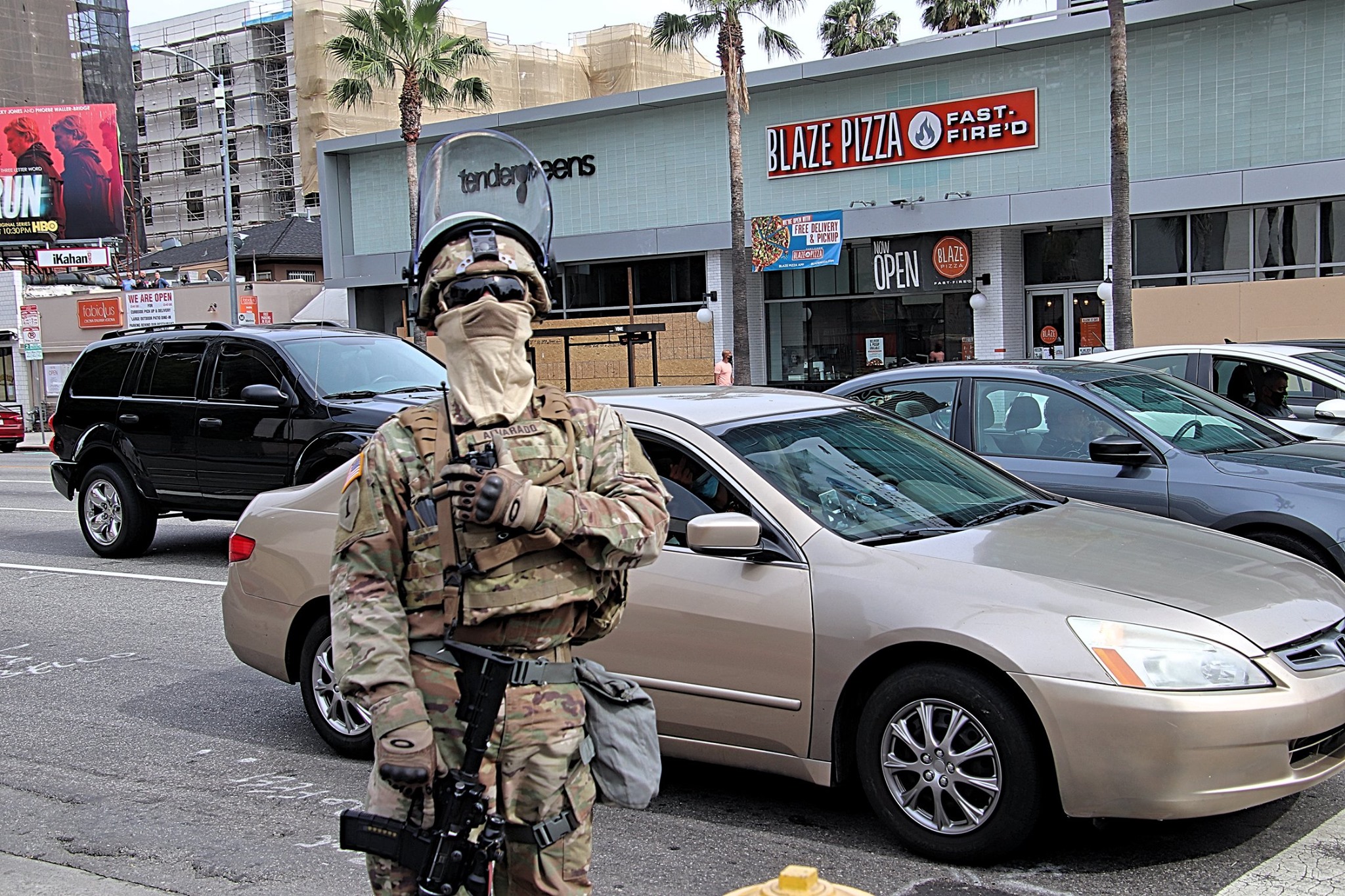 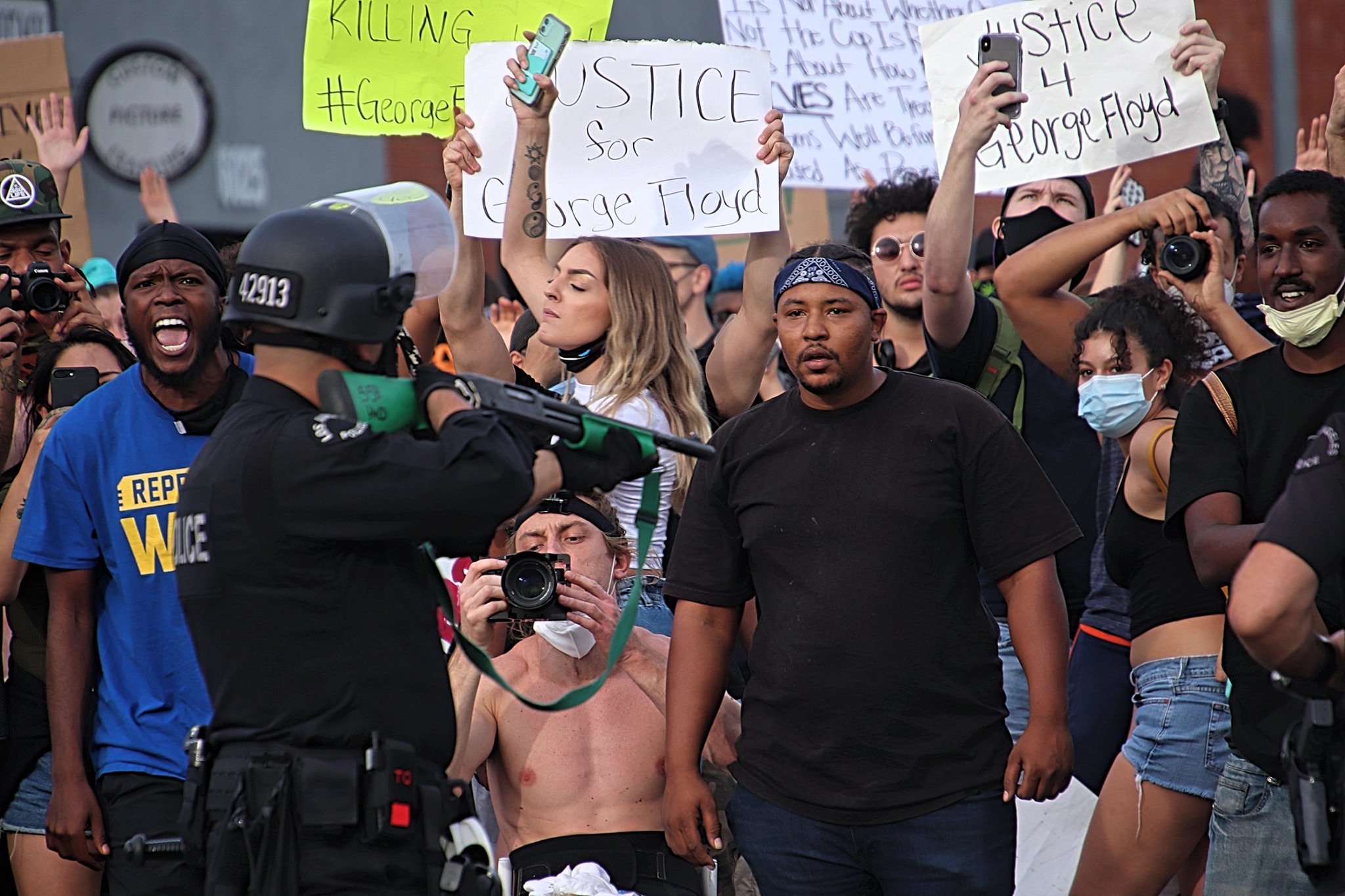 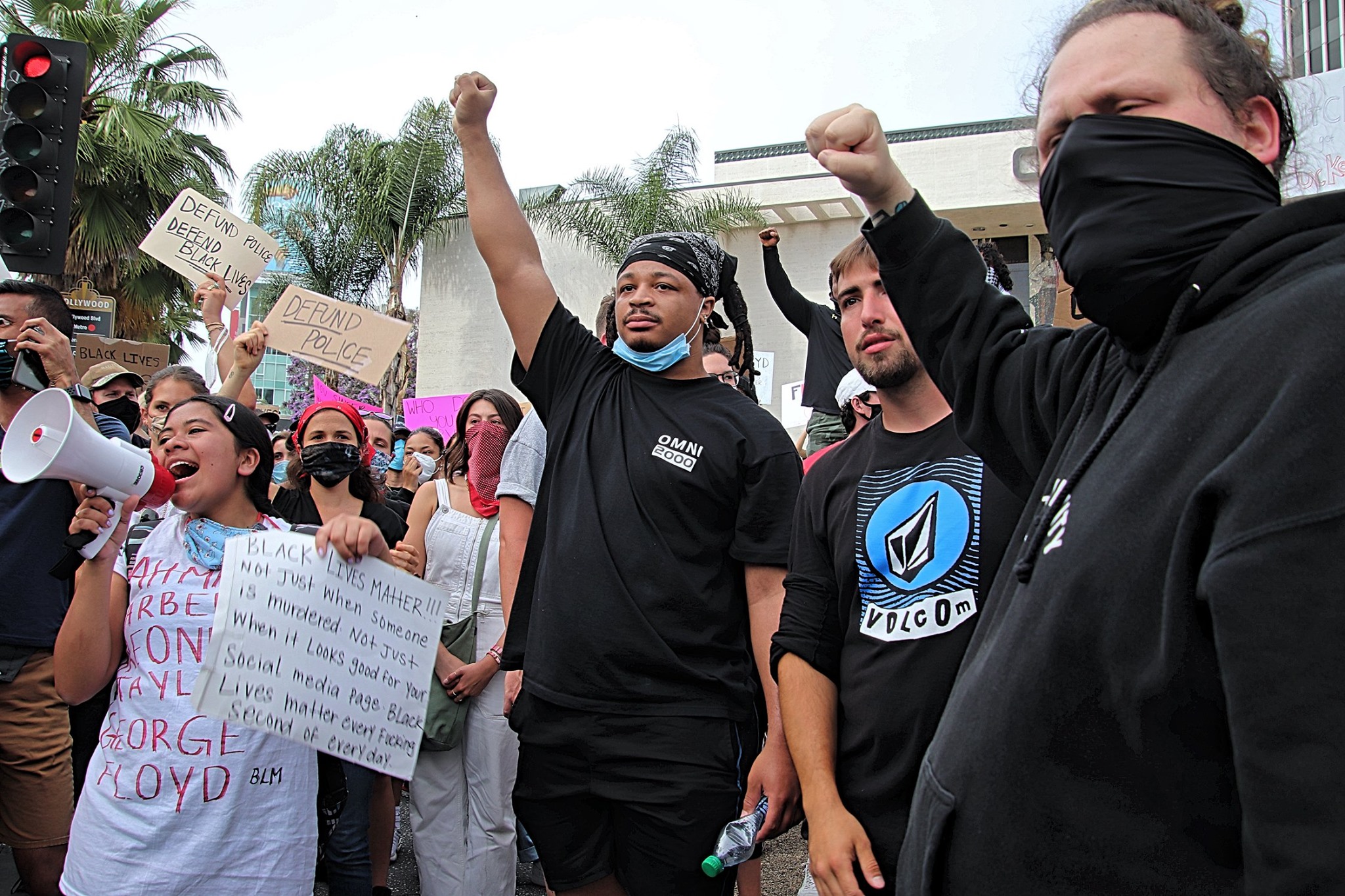 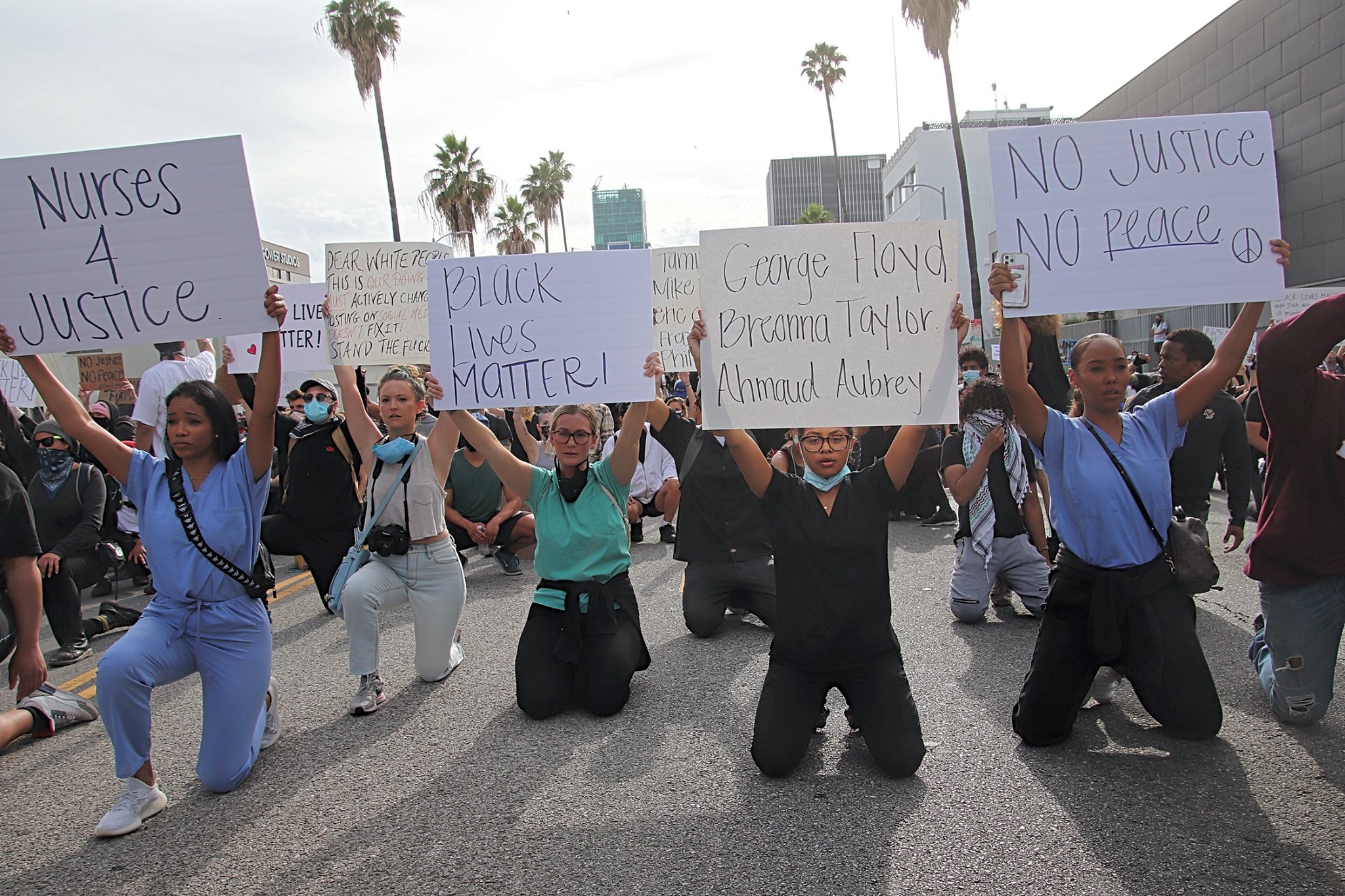 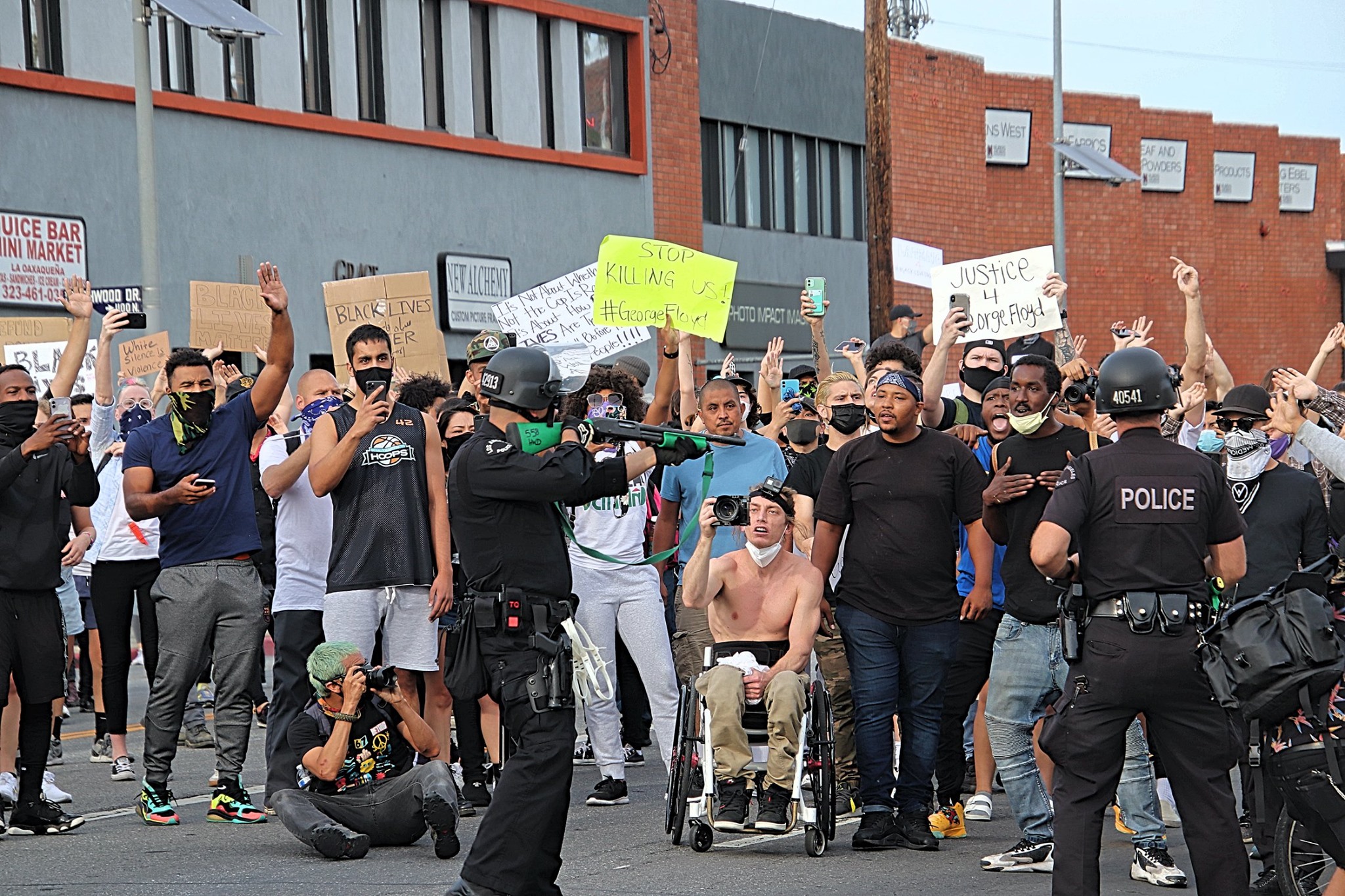 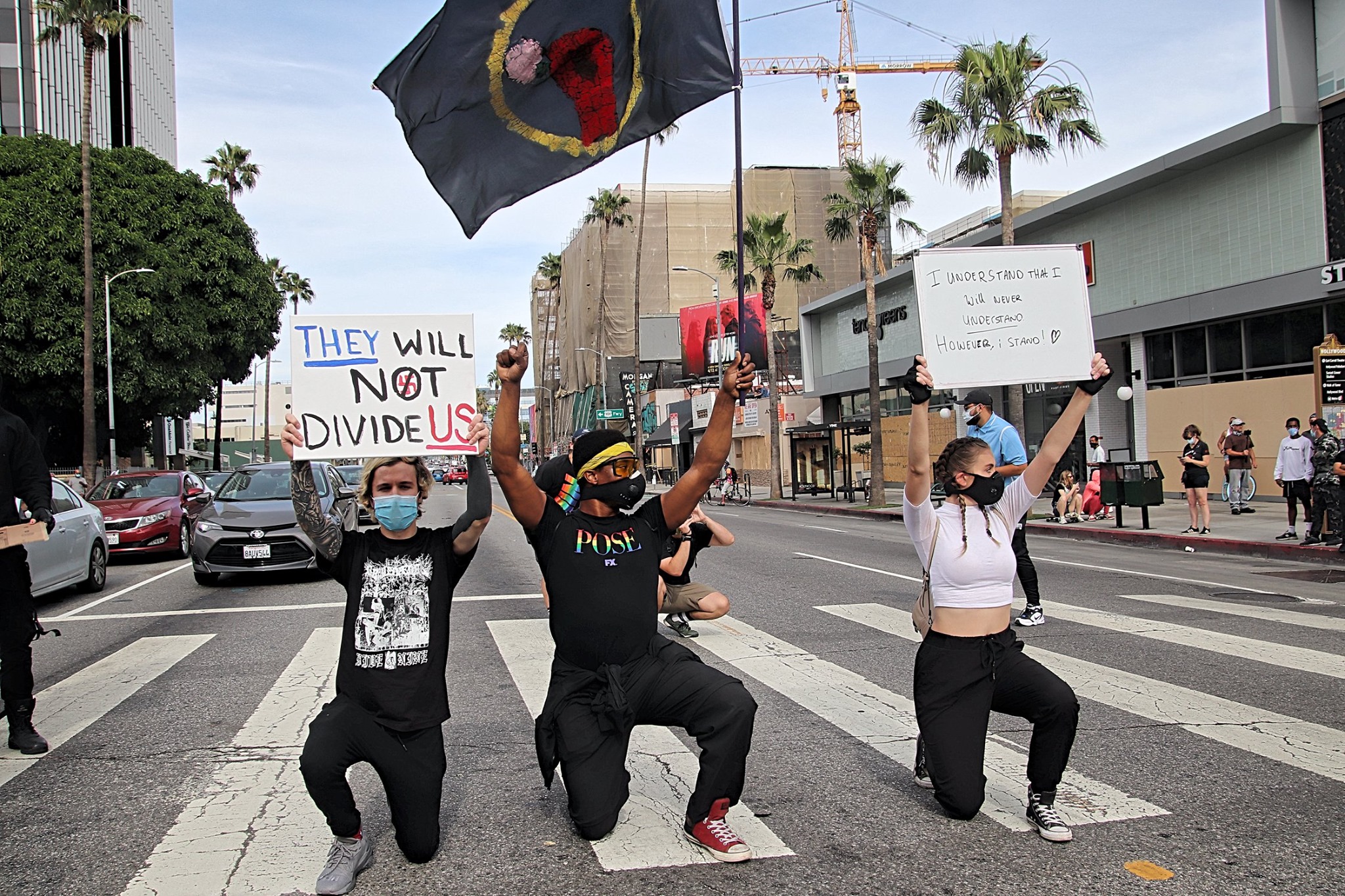 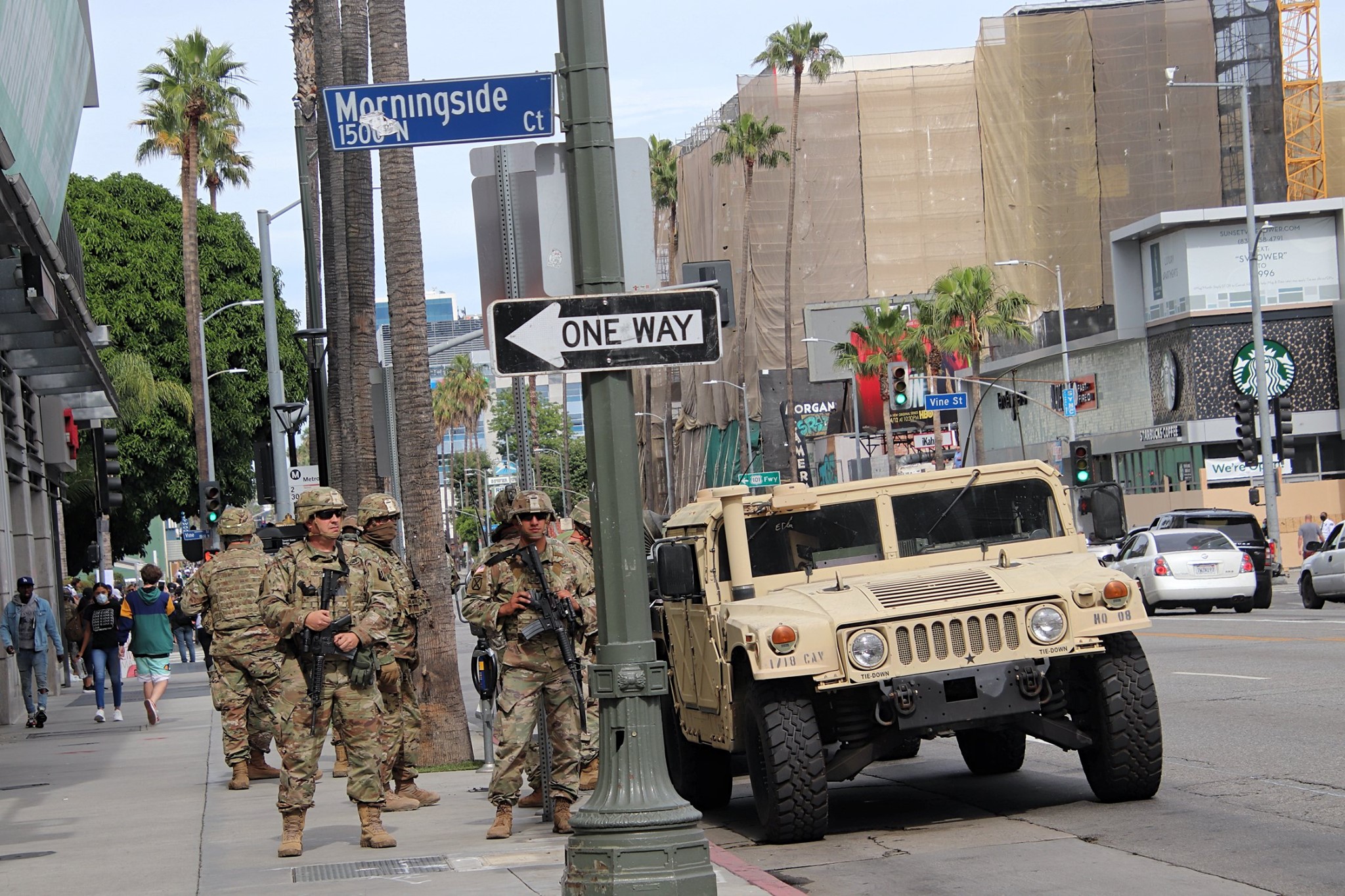 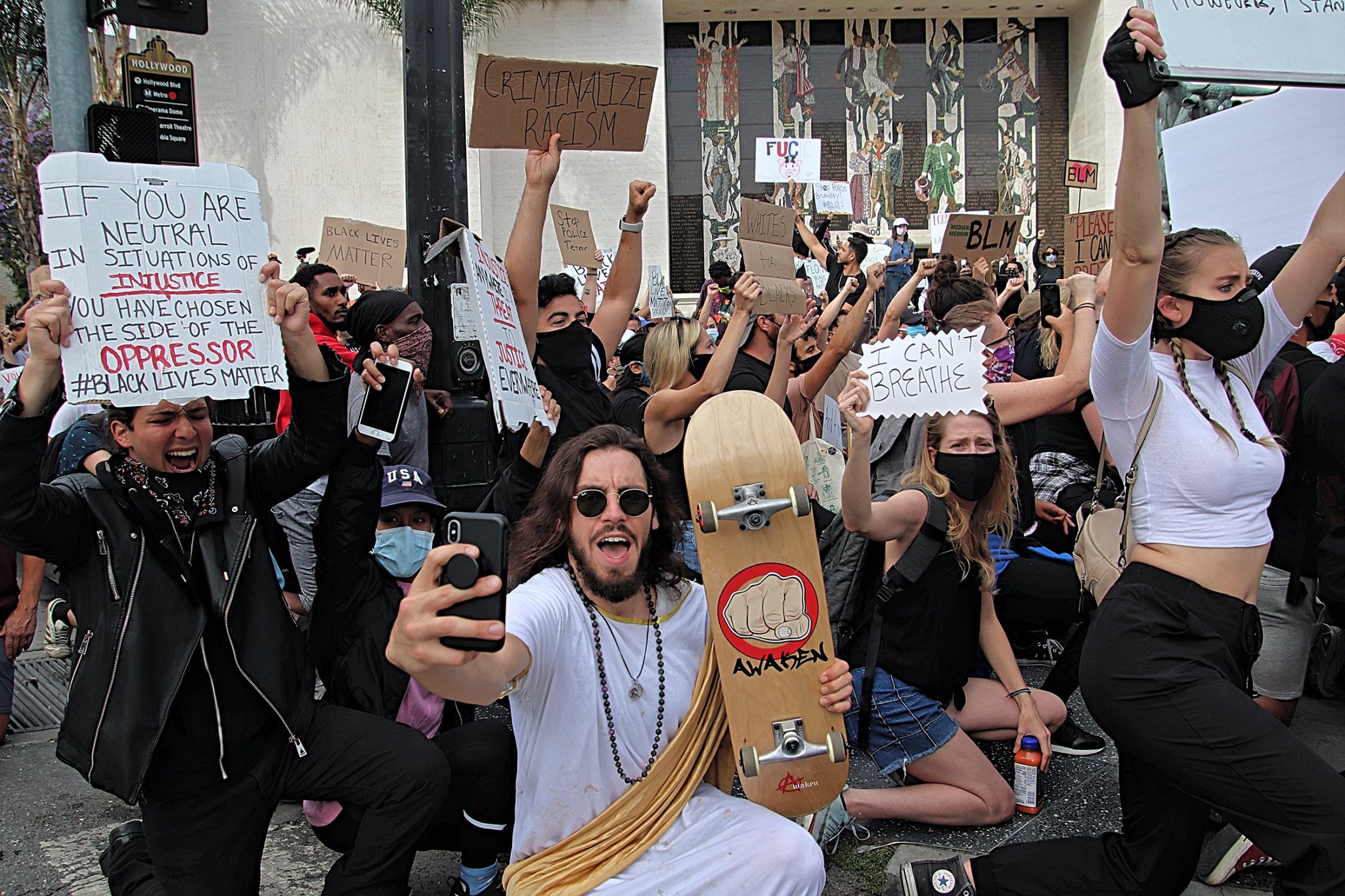 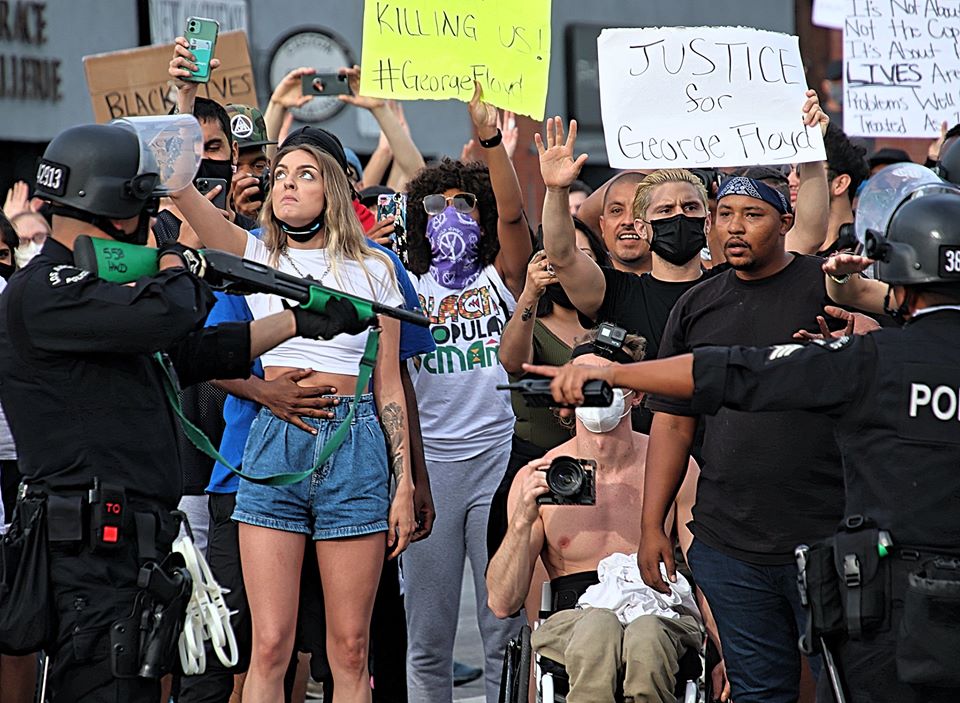 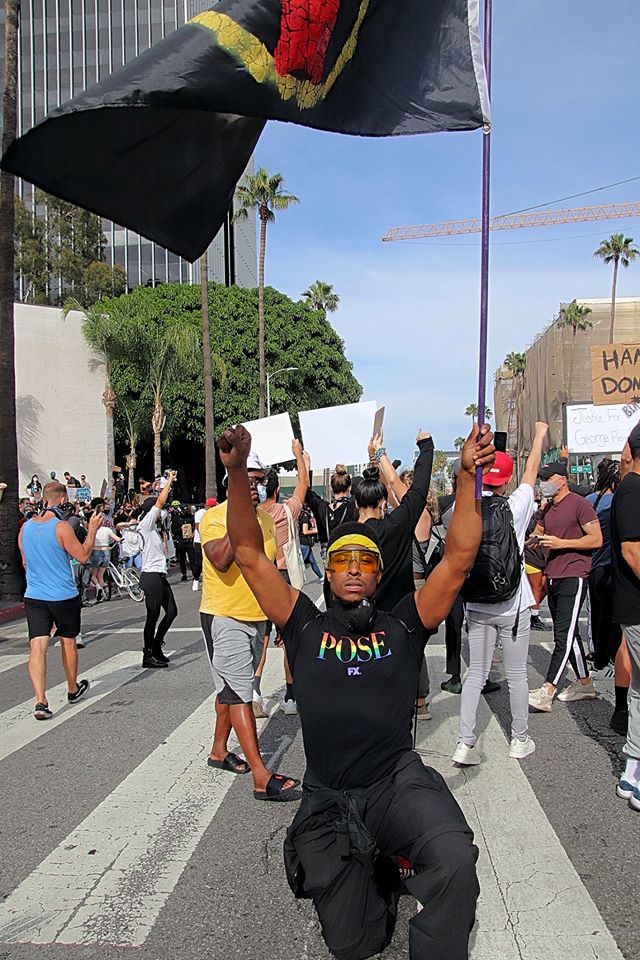 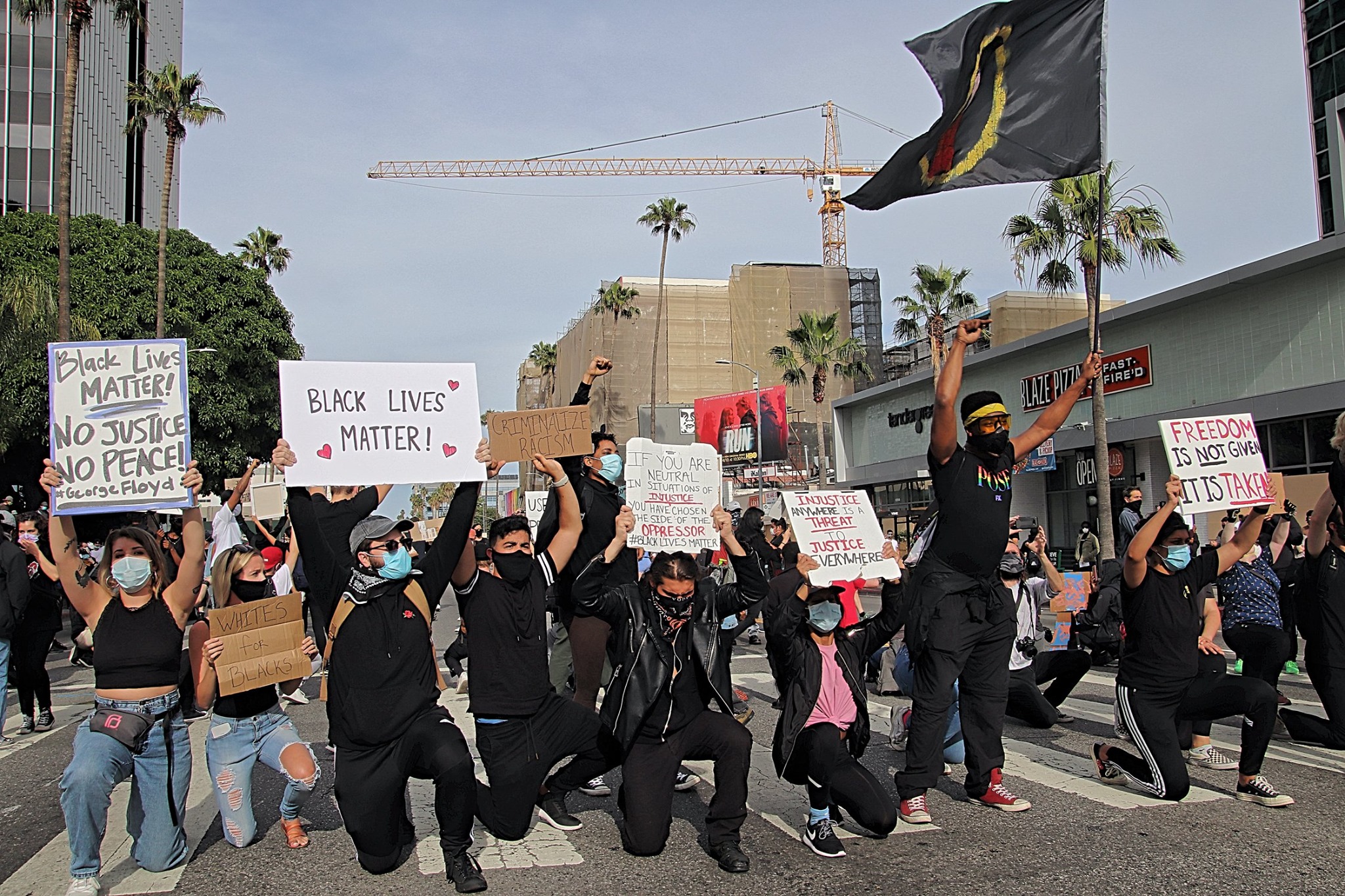