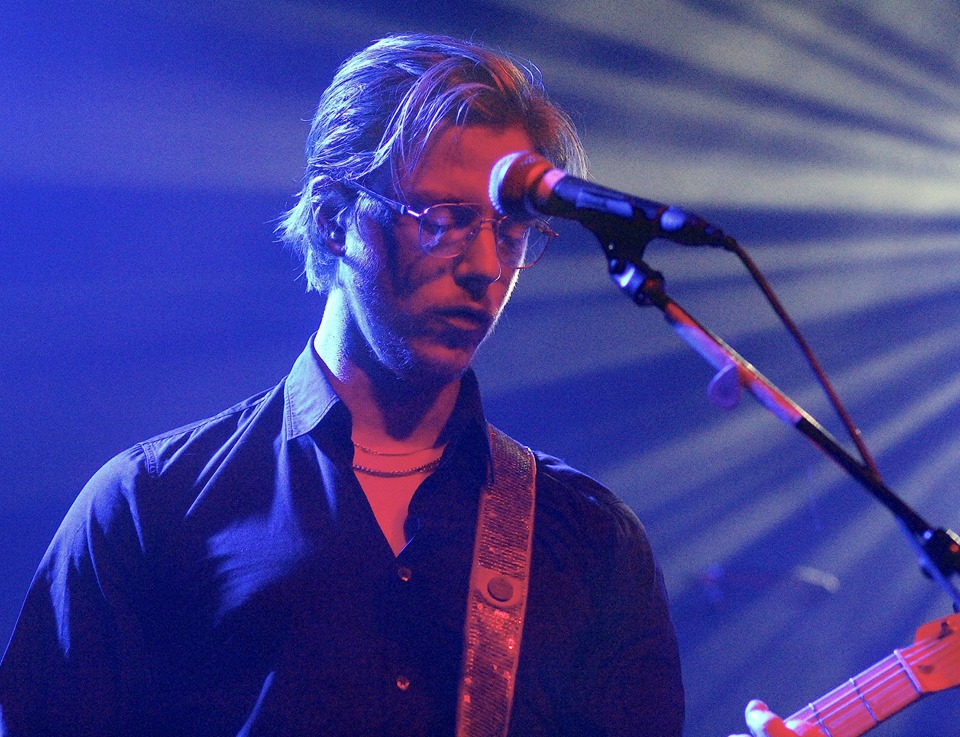 Paul Banks twice in my playlist for un-lockdown

My playlist for un-lockdown

Fifty days after the beginning of the lockdown to fight the spread of the coronavirus, France has started relaxing the rules and we all can get out of our homes as we want but wearing a mask. It’s now time to enjoy spring in full swing and complete a new playlist!

Well, to be honest, a brand-new wind is not whistling above our heads and we have still to stay at home as much as we can because viruses are everywhere and covidiots too, recognizable by their surgical masks on the chin (let me say that’s completely useless and stupid to put a mask like this!…). Because a lot of people (like me) are currently suffering from the ‘cocoon syndrome’, I have selected a playlist full of nostalgia, self-pity, awareness and self-reflection. Here is my new top ten :

Lockdown Blues is a topical single by Danish punk rock band Iceage, written, recorded, and released during the COVID-19 pandemic. In a style that reminds a little bit of Oasis, the song talks about anxiety and loneliness associated with quarantine, some feelings we all have experienced with these past few weeks. I didn’t know that band from Copenhagen until I listen to a Spotify radio based on my musical tastes. These are the delights of algorithms!

Deerhunter is an American rock band from Atlanta, Georgia, formed in the early 2000s. I saw them on stage once at L.A.’s annual FYF Fest in 2015 and I remember this song about isolation, loneliness, hopelessness, faith, and fear. But the heartbreaking song is in fact based on a true story. Deerhunter frontman Bradford Cox said that the lyrics were inspired by the shocking death of a teenage gay model in Russia, who would have been thrown from a helicopter. This song denounces soberly the sex trafficking industry.

As I already wrote on Rock NYC, Think Tank is my favorite Blur’s album. The first notes of Good Song always make me smile, especially when they wake me up in the morning as I use this track as a ringtone for my alarm clock. Released in 2003, the cover artwork for the single was designed by street artist Banksy and the music video was an animation directed by Glasgow-based visual artist David Shrigley who used a falsely naïve and childish drawing to evoke love and human cruelty towards nature. Behind the lullaby theme, Good Song is a militant song.

Those who know me know I’m a superfan of Interpol! I kept listening to this band over and over since Turn on the Bright Lights. When Antics was released, Evil became my favorite song because I felt immediately attracted by Paul Banks’s deep baritone voice. In the lyrics of this song, Paul Banks seems to refer to Rosemary and Fred West, a serial killer couple who raped and murdered teenage girls together in the eighties in Gloucestershire, England. While awaiting trial, the husband committed suicide, leaving his wife to serve a life sentence in prison. But the first time I’ve seen the music video of Evil, I was surprised because the band doesn’t appear in it: the main character is a scary injured puppet brought in to the hospital after he gets in a bloody car accident. Watching the music video is also a way for me to pay homage to medical staff all around the world who takes care of patients in resuscitation units.

Peaky Blinders is a damn good TV series that features characters from the Birmingham mafia in the interwar period. Besides the badass but endearing gangsters, a major element of the success of the show is the tremendous anachronistic soundtrack. The score is impressive, from Nick Cave to Joy Division thru David Bowie, The White Stripes, Arctic Monkeys, Johnny Cash, Radiohead, The Kills, PJ Harvey, Dan Auerbach and so on… There is nothing to dump in this soundtrack! The eerie opening theme song to Peaky Blinders is Red Right Hand, written by Nick Cave and the Bad Seeds more than 25 years ago. The song had been formerly used for the TV series The X-Files (from Songs in the Key of X, 1996) as well as for the Scream film trilogy. This is how I discovered it when I was a teenager. However, the song is still so mesmerizing and perfectly fits the outlaw universe of Peaky Blinders. Cillian Murphy, who plays the main character Tommy Shelby in the show, told the NME when the disc was released :

“You just know when a song is ‘Peaky’. These artists are outsiders. They have resisted the tyranny of the mainstream, shall we say?”

A few months after launching a digital public library of rarities, Radiohead has uploaded concerts on YouTube during quarantine to help us pass hours at home. This is how I rewatched In Rainbows – From the Basement, a 2008 live video performed in a recording studio led by producer Nigel Godrich, the creator of these music web series. I enjoyed the performance and particularly All I Need. This track is literally a gem among very energetic or sleeker songs on Radiohead’s seventh album. This is a dark song about unrequited love. The bassline and drums at the beginning bring me into tears each time I hear the song. I had the chance to attend a symphonic concert in tribute to Radiohead last fall and All I Need was part of the mythical titles nicely covered by the orchestra. This song is always beautiful whatever the musical arrangements.

Tony Allen was a Nigerian drummer who was part of Fela Kuti’s band in the seventies and worked more recently with Damon Albarn within the two supergroups Rocket Juice & The Moon and The Good, The Bad and The Queen. Known as one of the Afrobeat pioneers, Allen collaborated on the latest Gorillaz project called How Far? last April. As he suddenly died on April 30, 2020, from an aortic aneurysm at the age of 79, in Paris, I replayed some songs from TGTBTQ and I lingered on Three Changes for the African influences and reggae tones. Tony Allen had certainly weighed in the artistic choice to incorporate an Afro rhythm in this title.

Joy Division frontman Ian Curtis passed away 40 years ago, and I wanted to honor the life of the tortured singer. Considered as one of the founders of cold wave, Joy Division developed a sound and style that made them the pioneers of the post-punk movement at the end of the seventies. After the posthumous release of the single Love Will Tear Us Apart in June 1980, the remaining members reformed by creating New Order. Ceremony is a song by Joy Division but released as New Order’s debut single in 1981. The song was written as Joy Division prior to the death of Ian Curtis. There are just 3 recorded versions of Ceremony by Joy Division. The one I prefer is a live version, available on a compilation called Still, from their final concert at Birmingham University on May 2, 1980 (sixteen days before Curtis’ suicide). Barely audible, the rendition is absolutely heartbreaking… R.I.P. Ian Curtis, Leader of Men…

Archy Marshall is a young jazz-punk artist from London. His fourth studio album Man Alive! was released in February 2020. I discovered the song Alone, Omen 3 on a late TV show broadcasted in the middle of the night, where he played it live with his band at Palais de Tokyo, Paris. The harsh melody of Alone, Omen 3, both haunting and striking, immediately caught my attention while I was half asleep on my couch. The track is led by a chaotic melding of synth tones, overdriven guitar lines, and distorted backing vocals. Alone, Omen 3 talks about loneliness, anonymity, alienation, and gathers themes dear to Marshall. Moreover, his attitude on stage is bewildering and so British!

With Julian Plenti and Banks & Steelz, Paul Banks has always been busy with parallel projects without interfering with Interpol. Muzz is his brand-new project as a trio with friends Matt Barrick (The Walkmen) and Josh Kaufman (Bonny Light Horseman). After the release of the ‘Bowie-sque’ Broken Tambourine, the supergroup has announced the release of a debut album next June and unveiled two new extracts: Bad Feeling and Red Western Sky. Red Western Sky is musically as if Interpol had collided with The National. The NME described the hit as a ‘lush and melancholic song’. The music video of Red Western Sky, produced by the band itself, made me think simultaneously about the blockbuster movie Joker with Joaquin Phoenix (Paul Banks has dyed his hair green in the middle of creepy toys) and Wes Anderson’s The Life Aquatic with Steve Zissou (Matt Barrick and Josh Kaufman wear colored beanies just like the movie hero), two freaky universes I love! I am looking forward to discovering the whole album!

As you can see, I have chosen to unlock down, among others, some shoegaze renditions because I have really been into this sound for a long time and I feel like I want to gaze at my shoes not to face the world around me right now…