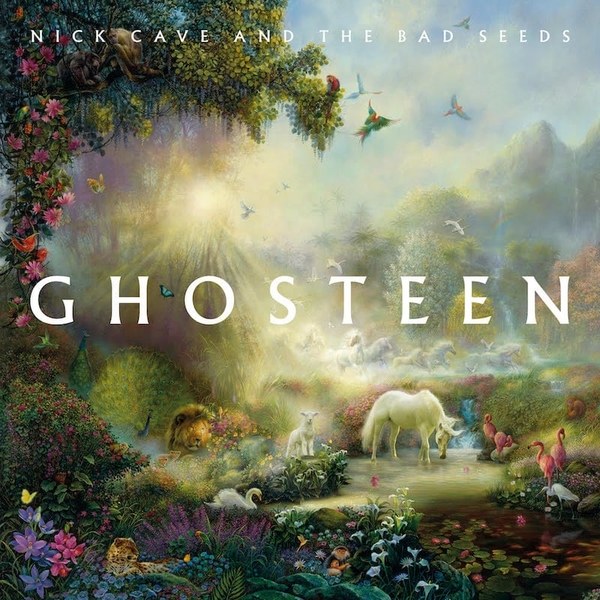 Here are my best albums of 2019 in order of their dates of release:

Best albums of the year lists are always very personal, and if you will find a lot of Billy Eilish or popular rap albums on many of these end-of-the-year lists, I can only include the work of artists I have truly enjoyed and loved this year.

Sharon Van Etten – ‘Remind Me Tomorrow’ (January 2019): Her fifth studio album, and if I am not crazy about all the songs, there is always something interesting in her stunning vocals and instrumentations. There are several astonishing tunes on this new album, ‘No One’s Easy To Love’, ‘Comeback Kid’ and especially the Springsteen-esque ‘Seventeen’ come to mind, as they immediately sound like Van Etten classics. Her voice swells with beautiful ease over complex arrangements of instruments, beats, and electronics, and the result always conveys full emotions. Many songs sound triumphant whereas we were used to a much sadder Sharon, but her artistic evolution is a pleasure to witness

FiIDLAR – ‘Almost Free’ (January 2019): Another party album from these skate punk rockers which starts with their best Beastie Boys impression so far ‘Get Off My Rock’, but which surprisingly diversifies beyond all expectation. Not all the songs are as great as this first one, but the album is overall a lot of fun and quite diverse. The band certainly goes in many directions, with plenty of songs that you would not have never expected, like for example this hooky pop duo with K Flay. If some of the songs are very far from their cheap-beer punk anthems, others, such as  ‘Alcohol’ or ‘Scam Likely’, a tune which almost sounds like the Clash, are perfectly encapsulating the chaos of FIDLAR’s live shows. The album sometimes makes you long for their guitar-drums punk thrashers, although there are very alive during ‘Too Real’, and Zac Carper’s always apropos lyrics: ‘Why is the answer to life on the fuckin’ phone?/And is the answer to my happiness in the cloud?’

Jenny Lewis – ‘On the Line’ (March 2019): A great collection of tunes crafted by the ex-Rilo Kiley frontwoman at the top of her shape and produced by Beck and the now infamous Ryan Adams. There’s no filler in this album although you can really guess which songs were produced by whom! The whole thing is booming with swagger, while the upbeat and charming tunes hide darkness in the richly detailed lyrics and Jenny’s melancholic croon. The opener ‘Heads Gonna Roll’ is just glorious and bold, while many of the very catchy songs (‘Wasted Youth’, ‘Red Bull & Hennessy’) have these sing-along-ready choruses, and other ones will just remind you about Rilo Kiley’s best moments (‘Party Clown’). If you appreciate Jenny Lewis’ admirable ability to mix tragedy with the happiest and hookiest tune, this album is not to be missed.

Orville Peck – ‘Pony’ (March 2019): A mysterious crooner hiding his face behind a fringed mask and a cowboy hat, Orville Peck has to be the coolest new artist of this year. The richness and the amazing range of the voice behind the mask captivates you throughout the entire album, filled with dusty roads, rides in the night, desert sunsets, iron hoofs, banjos, and rattlesnakes. The cinematic songs are equally inspired by spaghetti westerns and post-punk new wave, and Orville emerges as a new Morrissey in love with Johnny Cash, crooning like Elvis and fronting a country band. There are the love songs, ‘Roses are Falling’, the pure Yeehaw songs, ‘Take You Back’, a gentle trot punctuated by a whistle and a firing gun, while the entire album places its solitary hero/anti-hero in very familiar mythology.

Weyes Blood – ‘Titanic Rising’ (April 2019): This is such a lovely album filled with sweeping melodies that transport the listener through a submarine nostalgia. The songs are equally dreamy and pretty, all tainted by a ‘70s-inspired sweetness while aiming at epic and memorable. It is a rare thing to accomplish but looking at all the praises the album received, I am not the only one to think it’s an emotionally rich collection of sweet songs achieving several triumphs. And they will vary depending on the mood of the day,… from the slight twang in the melody of ‘Picture Me Better’ to the sublime and transcendental melody of ‘Movies’ turning all Eenia baroque pop, it’s a superb album.

Big Thief – ‘U.F.O.F.’ (May 2019): Big Thief have released two albums this year, but this is the one, some raw, intimate experience with its dreamy surreal moments interrupted by visceral screams. Habited by Adrianne Lenker’s vulnerable voice and nature-inspired evocative lyrics, the album is folksy at the core (‘Cattails’ and the superb ‘Orange’), almost Radiohead-ish (‘From’ and especially ‘UFOF’), going through a series of pure emotions and vivid moments, culminating into the loud whisper of ‘Jenni’. It’s an album attempting a contact (the title of the first song) with something very mysterious and evolving at each listening.

Plague Vendor – ‘By Night’ (June 2019): Their third album, more ferocious than ever, thanks to Brandon Blaine’s furious scream over a dense and explosive combination of loud drumming, menacing basslines, stormy synths, and thunderous electronics. Blaine’s vocals have a magnetic presence throughout the album, a blend of rawness and reptilian coldness, while their somewhat experimental sound can barely cover the sweat and the fire coming out the music. It’s a muscular album, a dangerous dancefloor, almost predatorial, which even offers a spoken-words/hip hop delivery on a few songs (‘Night Sweats’, ‘Snakeskin Boots’). It’s a punch in the stomach, a bloody punk bite which doesn’t forget about the hooks.

Ezra Furman – ‘Twelve Nudes’ (August 2019): I discovered Ezra with ‘Suck the Blood from My Wound’ of his rock opera ‘Transangelic Exodus’, a whole program by itself, but ‘Twelve Nudes’ is another furious punk scream with plenty of rebellion, bravado rawness, glorious guitars and a smearing lipstick across the face. While some of the songs remind me a bit of Titus Andronicus (‘Evening Prayer aka Justice’, ‘Thermometer’) in all its excesses and outrages, Ezra builds a sound of his/her own, often enraged, at a few exceptions. All fists in the air, the songs of ‘Twelve Nudes’ explode in a furious anxiety, and box you with a renewed strength (‘Rated R Crusaders’), and when Ezra uses doo-wop for the romantic longing of ‘I Wanna Be Your Girlfriend’, which works like the new  ‘Earth Angel for the Queers’, the lyrics are left completely untamed. Most of the time ‘Twelve Nudes’ is chaos and furor, the sort of amp-blowing punk music to burn down gender identity for good.

Lana Del Rey – ‘Norman Fucking Rockwell’ (September 2019): To be honest I had 9 albums on this list and couldn’t decide which 10th album I should also include. Lana Del Rey’ s latest album, produced by Jack Antonoff, is certainly gorgeous, and I cannot entirely explain why I haven’t listened to it more often, but this addition feels a bit like cheating. However, the harmonies have this surreal side, the melodies are ethereal, and her usual vaporous and delicate tone of voice shines over a cascade of piano ballads and sweeping orchestrations. It’s often poignant with a balance between cinematic grandeur and intimate moments, and if she even reminds you of Cat Power, she indeed has a song entitled ‘The Greatest!’ However, despite the pretty melodies, there is a sort of sameness from one song to the next and the album can turn a bit soporific.

Nick Cave and the Bad Seeds – ‘Ghosteen’ (October 2019): This one is popping up on a lot of best of lists, and of course, it is on mine… it’s an unclassifiable album, a past-genres work, and it took me a while to fully appreciate its greatness. The first listening let me surprised and somewhat puzzle as if I didn’t know what to do with this long exploration of loss over synthesizer-filled ethereal soundscapes. Where are the drums? asked someone, where are the hooks? asked another person. However, this has been quite a growing love affair, and the layers of this amazing album keep unfolding at each listening. The mournful tone of the synths is what captures you first, then come the group vocalists, singing these glorious choirs rising and comforting during ‘Bright Horses and ‘Galleon Ship’, rising and falling during ‘Ghosteen Speaks’. ‘Ghosteen’ may be a long meditation on grief, but its lush cinematic appeal and its fairy-tale approach often suggest a slow progression toward love and light, and this cannot be more palpable during one of the ‘parent’ songs, ‘Ghosteen’, and its happy exuberance alternating with another mournful synth episode. Nick Cave’s vocals are at the center of the songs, often broken up and dark but eventually going to falsetto or a spoken word sequence. As a man who has embraced darkness during all his career, he is now standing at the edge of hell but nevertheless chooses the light, while his mind is still wandering between the absurd (‘And the fields are just fields and there ain’t no Lord’, ‘There is no order here, nothing can be planned/We are fireflies trapped in a little boy’s hand’) and magical thinking (‘But my baby’s coming home now/On the 5.30 train’, ‘A spiral of children climbs up to the sun’). The stunning poetry of the lyrics haunts the album’s vast soundscapes oscillating at Warren Ellis’ synth loops while vibrating between dark waters and luminous sun. I am not done with this one.