Musicians And Their Covid-19 Conspiracy Theories 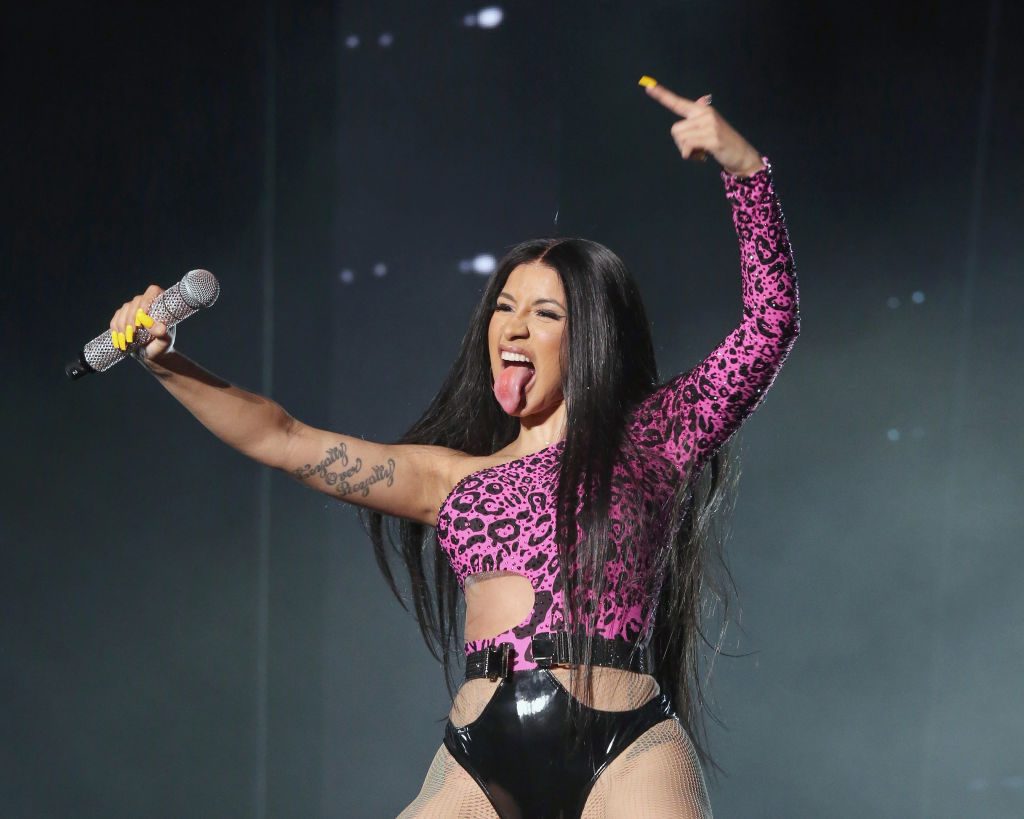 Cardi B | Photo by Gary Miller

Conspiracy theories have always been an American pastime, but since the virus outbreak and especially since we have been in quarantine, there is madness around! Everywhere I look, people have opinions about anything and propose the craziest conspiracy theories whether it is a bioengineering Chinese project, Bill Gates and the World Health Organization, 5G technology and other New World Order insanity. This often comes from people who believe that they are actually thinking ‘outside the box’, from people who pretend to apply alternative thinking in an I-am-smarter-than-the-herd attitude. Yep, these people are the ones who pretend to be ‘awake,’ more knowledgeable about some ‘hidden connections’ that you are stupid to see, or more aware of some invisible-to-the-masses ‘grand plans.’

Let me tell you how tired I am to see all these COVID-19 conspiracy theories on the internet. The sad thing is that the origin of these stories is always misinformation and some influencer with absolutely no knowledge in science and technology, and even less in epidemiology, spreading conspiracies as if they were another virus.

I was wondering who was doing this in the music world, and it turns out there are a few artists spreading terrible misinformation,

One of the most spread conspiracies about COVID -19 is that the pandemic is linked to radiation from 5G installation and if there are a few variations on the same subject, none of them have any scientific foundation. Who is pushing this insanity?

Wiz Khalifa has tweeted ‘Corona? 5G? Or both?’ without too much elaborating on the subject, but that was already way too dangerous knowing that the rapper has millions of followers

Musician M.I.A. has tweeted plenty of times about 5G and a possible correlation with the pandemic and even though she says she doesn’t believe 5G is responsible for the virus, she claims 5G is dangerous for the immune system: ‘I don’t think it’s related except for timing. The timing is orchestrated by them. Not Us. I don’t think 5G gives you COVID19. I think it can confuse or slow the body down in healing process as body is learning to cope with new signals wavelength s frequency etc @ same time as Cov.’ She has many tweets of this type and this is totally irresponsible. To my knowledge she has no degree in medicine and is not a researcher on immunology, so where do these ideas come from? I don’t know for M.I.A. but the internet, and especially YouTube, is filled with videos of charlatans with bogus degrees giving fake seminars about their personal research. There is always an ‘Us’ and ‘Them’ in these videos, just like in M.I.A.’s tweet, to convince people that their research is banned by the government (or who knows what) which never misses installing a degree of paranoia in people’s mind

And M.I.A. is far from being the only one, Singer Keri Hilson has also twitted and Instagrammed stuff like: ‘Why do you think the virus is not happening in Africa like that? Not a 5G region. There may be a few bases there, but not as prevalent as other countries. It has nothing to do w/ melanin (for those theories)…’ Even though she has now deleted her tweet, it was very visible for a while for her millions of followers.

American music producer Teddy Riley, famous for producing Mary J Blige, Whitney Houston, Michael Jackson, and Mariah Carey, also tweeted about the 5G connection with some bogus link… Are any of these people know about reliable sources? And I would also add Woody Harrelson to the list if he were a real musician

Besides the 5G conspiracy, there is this insane theory targeting Bill Gates whose foundation has contributed substantially to the development and delivery of vaccines around the world. Now conspiracy theorists are claiming that Gates somehow created this pandemic to sell his vaccine and dominate the world. So far, I haven’t found any musician publicly subscribing to this, but I just wonder how this is going to play out for all these anti-vaccination celebrities when a COVID-19 vaccine is finally on the market. Justin Timberlake’s wife Jessica Biel is an anti-vax activist to name only one of them.

And if a third of Americans believe that COVID-19 was created by humans in a lab, some of them must be musicians? But I will finish with rapper Cardi B who had a rant about the virus on Instagram Live and suggested that, since many celebrities who have tested positive have shown no symptoms, they are probably being paid to say they have the infectious disease. ‘I’m starting to feel like y’all ni**as is paying ni**as to say that they got it,’ she said. ‘And if y’all are paying ni**as to say that they got it, pay me too.’ But Cardi, what about all these celebrities who have actually died from the virus? Because there are a bunch of them! She has apparently started a trend as I saw plenty of people tweeting the same insanity.

There’s no limit to crazy beliefs and people who are more prone to conspiracy theories are often poorly educated in science (although not always) or eager to believe in irrational thinking. It’s obviously a good thing to have some imagination but we have to stay with the facts during these crazy times.

Absolutely !!! now is not the time to install technology that may or may not be harmful to the body , when people are trying to be physically well in their bodies. don’t you agree. https://t.co/Qc0OjnEtC7

I don’t think it’s related except for timing. The timing is orchestrated by them. Not Us. I don’t think 5G gives you COVID19. I think it can confuse or slow the body down in healing process as body is learning to cope with new signals wavelength s frequency etc @ same time as Cov https://t.co/VDkE4oaxF5