Music Fuels The Internet, Doesn’t It? 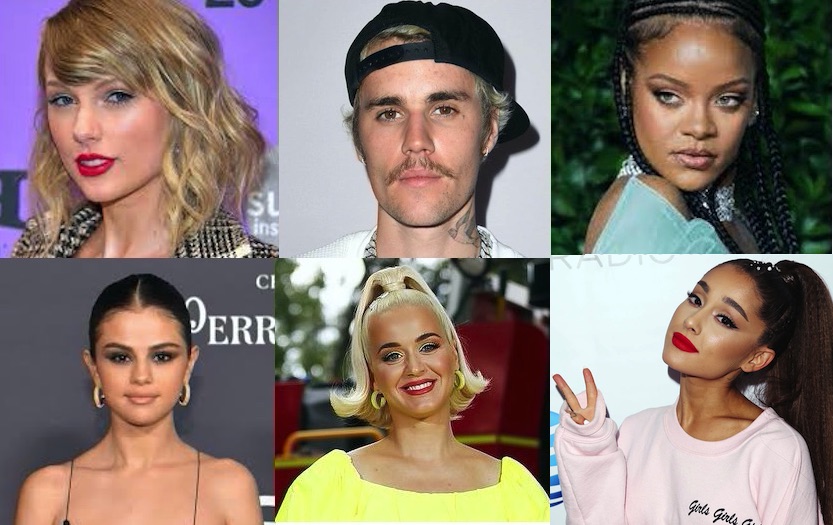 Some of the music high players of the internet

RIAA, The Recording Industry Association of America, is declaring that Music fuels the internet, and who would disagree with that? Every time I go on social media, I will see something about one of my favorite artists or listen to a new song… I am obviously interested in music and that’s why I get so much music-related news in my feeds, but I am far from being the only one. The RIAA says that musicians are some of the most-followed people on social media, Justin Bieber and Katy Perry (respectively 112 M and 108 M) have respectively almost as many Twitter followers than President Barack Obama (121 M), and that’s why pop stars are such a big deal. In comparison, Trump has 85 M and doesn’t even beat Rihanna and Taylor Swift with their 98 M and 87 M, whereas Lady Gaga with her 81 M (almost 82 M) is not far behind. If you wonder where is Kanye West on this list, he is far behind with only 30M followers.

If you go on Instagram, Arianna Grande (198 M followers), Selena Gomez (188 M), Beyonce (152 M) and Justin Bieber (144 M) are only beaten by the Kardashian-Jenner crowd, soccer player Cristiano Ronaldo (almost 237 M) and Dwayne Johnson (194 M). The Instagram crowd is different from the Twitter audience though and is mostly made for people who have little to say and only things to show. so this can explain the modest presence of politicians.

Numbers of followers do matter, even though there is obviously a lot of spam and junk on all these accounts. Tiktok is another world, not even included in this list for the simple reason that the big stars do not amass as many followers than unknown people (to me) such as Charli D’Amelio or Addison Rae who have demonstrated some valuable dancing skills and beaten all the Bieber and Grande of the world.

No wonder that politicians are looking for the support of these big pop stars! Music really fuels the internet, or should we say fuels social media because there’s more to the internet than Twitter or Instagram. Of course, when Obama shares a playlist, retweeted 46,000 times, and liked 208,000 times, we are talking about a politician who is using his platform to talk about music, so it’s once again a win for music.