Written and performed by Mura Masa and Ellie Rowsell in response to some of the album’s central themes—nostalgia, memory, youth, hope—it’s the song that Mura Masa believes might contain the album’s ultimate message; the fact that (he says) “it’s possible to feel happy even if it means relying on something that isn’t necessarily true, or is half-imagined, or might not even have happened at all. If we can find a shared remembrance of a good time, we’re more likely to be able to find that again. A little bit of escapism is healthy.” Or as “Teenage Headache Dreams” puts it: “seems like the good time’s over / but nothing’s really over anymore / Just take control.“

In addition to “Teenage Headache Dreams,” R.Y.C. includes previously release tracks “Deal Wiv It” with Slowthai, “No Hope Generation” and “I Don’t Think I Can Do This Again” with Clairo. 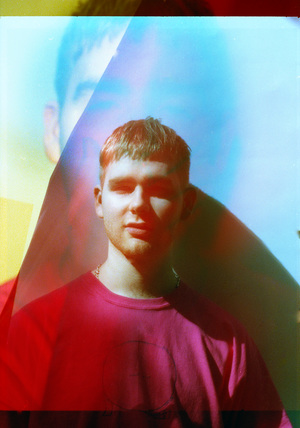 Recorded over the past year in London and beyond, R.Y.C features a variety of guests including Clairo, slowthai, Tirzah, Ellie Rowsell of Wolf Alice, Georgia and Mura Masa himself stepping out as lead-vocalist. Mura Masa—23-year-old songwriter, producer and multi-instrumentalist Alex Crossan—grew up on the tiny, remote British isle of Guernsey. His music pays homage to and inverts new wave, punk, folk and 90s rave, thoroughly investigating nostalgia as a concept.

Spiritually, R.Y.C addresses a generational addiction to nostalgia, and its uses (and limits) as means of coping with the difficulties of the present. Influenced by Derrida’s concept of hauntology, it explores the irony that in times of increased urbanization and digitization, somehow it’s never been easier to feel lonely. For Mura Masa, it’s only once we accept nostalgia as a permanent fixture—a fact seemingly embodied by the cyclical phases in which different subcultures, political movements, fashion trends, even musical genres wax and wane—that we can start to learn from it. Why do we keep going back? How reliable is memory? And if your youth—and its assorted musical scenes—will always appear rose-tinted in the rear-view, then perhaps your present is there for the taking, after all.

Known for his ground-breaking, boundary-pushing production, Mura Masa has already won his first Grammy Award (and been nominated for two more, notably as first artist in history to be nominated as both a musician and creative director for the same album), been shortlisted for the Ivor Novello Awards, appeared on Forbes’ 30 under 30, and surpassed 500,000 worldwide sales of his much-acclaimed debut album. Along the way, Crossan has also collaborated and shared stages with artists as disparate and acclaimed as A$AP Rocky, Christine & The Queens, Charli XCX and NAO, and been an early celebrator of Slowthai, Octavian, Koffee, Perfume Genius and many others. Widely critically acclaimed, The FADER praises his “boundless pop songs,” while NPR lauds his debut LP as “a feast of sounds and flavors” and i-D calls it “explosive.” 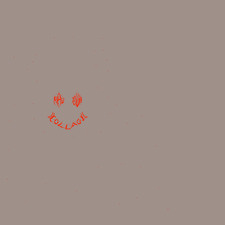 MURA MASA—R.Y.C
1. R.Y.C
2. No Hope Generation
3. I Don’t Think I Can Do This Again (with Clairo)
4. a meeting at an oak tree (with Ned Green)
5. Deal Wiv It (with slowthai)
6. vicarious living anthem
7. In My Mind
8. Today (with Tirzah)
9. Live Like We’re Dancing (with Georgia)
10.Teenage Headache Dreams (with Ellie Rowsell)
11. (nocturne for strings and a conversation)