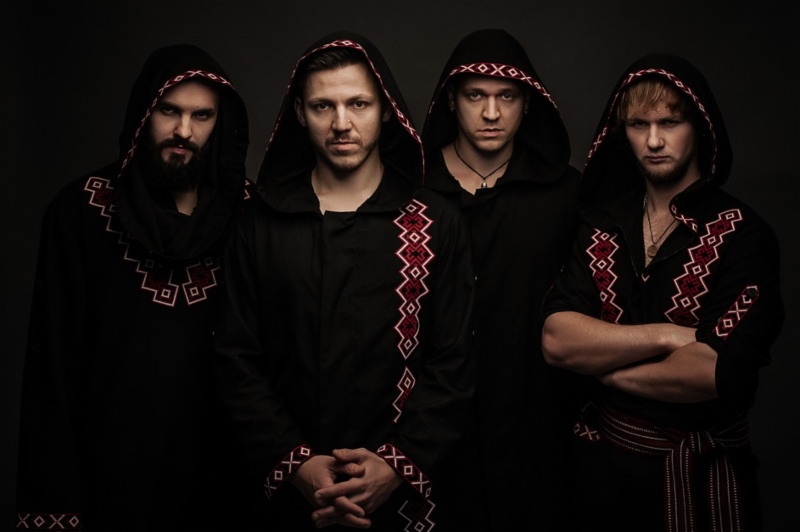 “The soundtrack to your post-sludge vision quest”
– Loudwire –

“Heavy and melodic, intoxicating and infectious, MOTANKA’s unique hybrid of metal and folk music is guaranteed to be one of 2019’s most memorable debuts.”
– Metal Sucks –

MOTANKA will release their self-titled debut album “Motanka” on June 7th via Napalm Records. Influenced by traditional Ukrainian folk music, metal tunes and modern electronica, the band creates a very unique mix that the band refers to as Mystic Metal. MOTANKA managed to capture the trance-like magic of their live shows on their debut, which leaves each and every stereotype behind and hypnotizes with heavy ethno soundscapes.

MOTANKA on “Verba”:  “One of the strongest songs that has powerful energy. The energy that all of us really need now. All we want to say is in it, all you want to know or ask, you will find in it.”

The Ukrainian lyrics in English:

Verba – Willow tree
A lonely willow tree stays in the field.
It is bended above the river.
It let its branches down,
It cries and fights…

Our language is like one of a nightingale.
Our land is the one and only.

Our souls are flying nearby,
They are praising their land.
Its branches are waving in the wind.
There are sprouts – you and me.

MOTANKA about their debut LP:
“For the album we recorded ancient instruments: dulcimer, ocarina and throat singing, combined with modern technologies, new instruments and analog sound. This album is like our child, it grew, it learnt and became stronger and stronger. Every piece of the album is saturated with the mystical nature of Ukraine. We wrote most of the songs in our hometown Lutsk – the mystical center of Ukraine. The power of the region remained and still is the same for ages. We have prepared the album for many years and are very excited to finally present it via Napalm Records.”