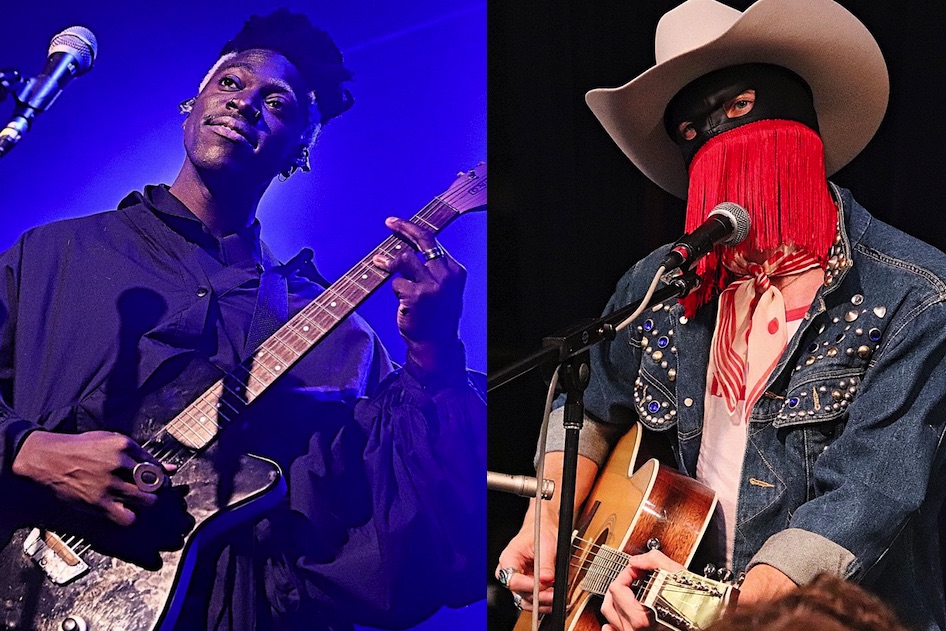 Visual arts and music help us to stay sane during these times of isolation and music videos are a good combination of the two, especially when they are like these two superb ones by Moses Sumney And Orville Peck, made with über aesthetic and plenty of talent.

Moses Sumney has already released the first installment of his 2-part album, ‘Grae,’ and we are still waiting for the second part, but meanwhile, we can enjoy his very apropos video for one of his best singles, ‘Cut Me.’ The subtle serenade showcases Sumney’s falsetto before the tune’s catchy trombone line and the jazzy breezy arrangements. Signs of the times, Moses is in an ambulance, breathing with an oxygen mask, before dancing from a stage to a hospital bed and a black casket. It’s a sensual dance between life and death, as beautifully choreographed as it feels uncontrolled, with his voice cutting through the chaos of life. Each scene of the video is working like a triumph of aesthetic and I can guarantee that the last scene will stay with you for a long time. Moses looks like a superhero at the top of this ambulance, more defiant than ever after having confessed, ‘Masochistic kisses Are how I thrive.’

This is what he wrote on his Instagram page after sharing the video: ‘The “Cut Me” video is out now. It is (amongst many things) a satirization of masochism and the medical-industrial complex and a chuckle in the face of Black Death. I couldn’t have predicted it’d be released in our current climate, and yet… ‘

As a follow-up of his critically acclaimed debut album, ‘Pony,’ (released via Sub Pop), Orville Peck has a new video for ‘Summertime,’ his first single since he signed with Columbia. The song starts with Peck’s familiar dark guitars and his signature sexy baritone, while he walks in a western black leather suit with the charisma of the return of Elvis. It’s summertime, and Peck wants to make us dream about happy sunny days, while even mother nature wants a piece of Orville – everyone will understand why after watching the video – and after a kinky struggling scene with a tree, we get a glorious chorus, a touch a banjo in the hay until Orville becomes a flower among flowers. This shirt looks more like springtime than summertime, whatever, the video is just candy for the eyes

in a press release, Orville had this to say about the new song: ‘I wrote this song a long time ago and to me, Summertime has a few different meanings. Summertime can be a season, a person, or a memory of a happier time that can be difficult to visit. We also wanted the video to focus around the idea of how we treat nature. Ultimately this is a song about biding your time and staying hopeful—even if it means missing something or someone.’ A lot of people are surely missing plenty of things right now.

Watch the videos ‘Cut Me,’ directed by Moses Sumney himself, and ‘Summertime’ directed by Drew Kirsch & Taylor Fauntleroy: