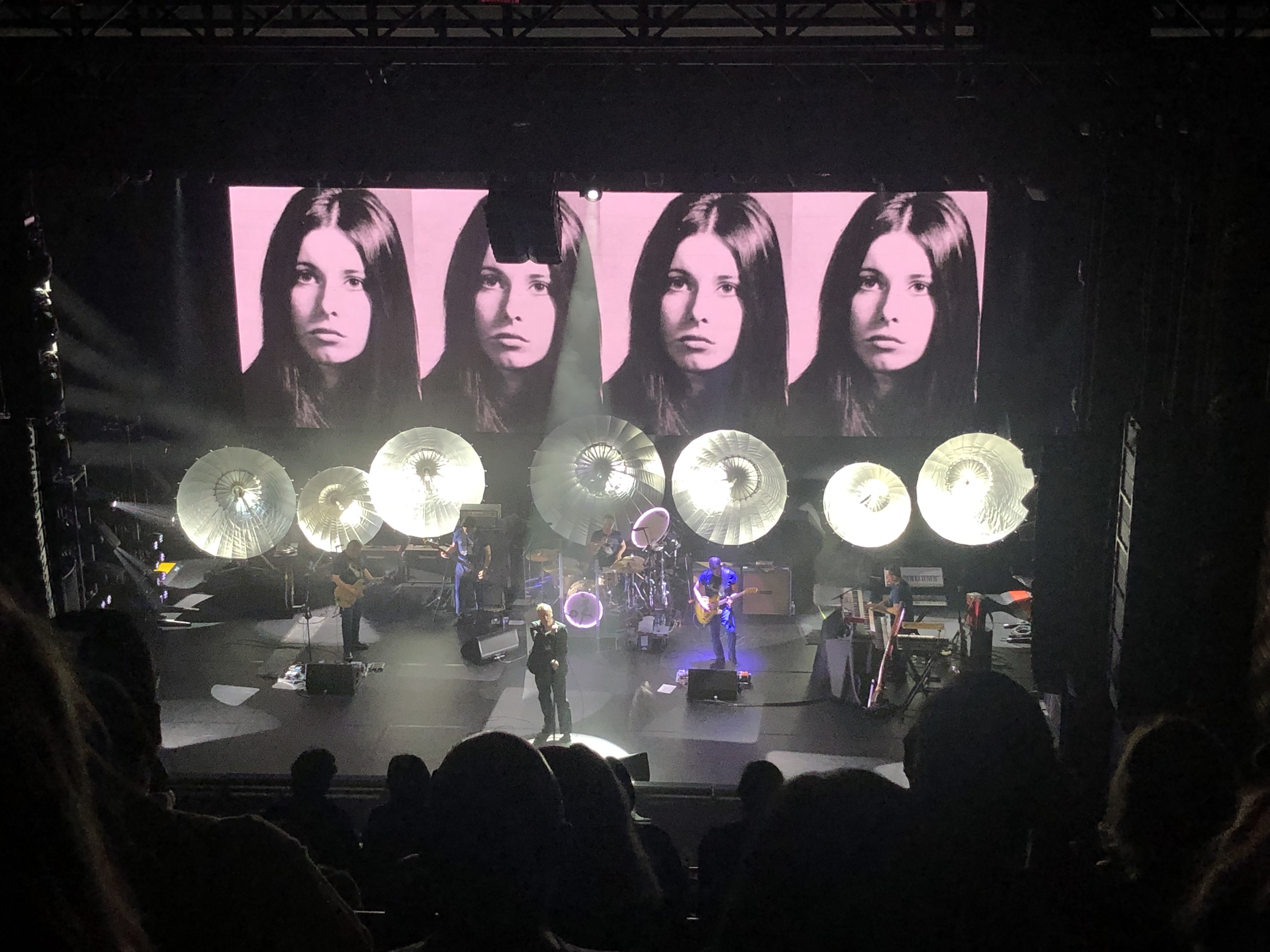 So Live Nation took a look at Bruce On Broadway, did the math, contacted the Nederlander Organization, who own Walter Kerr where Bruce performed, and suggested  the Residence On Broadway series. It isn’t unheard of for pop stars to appear on Broadway, the Temptations and The Four Tops have had a run, Patti Lupone, Kristin Chenoweth, and others. Still, with an upcoming residency from Regina Spektor due in June, and Morrissey’s just completed seven night over two weeks stint, it is an idea whose time and place seems settled. Morrissey is an  cult star, a big one, but still a cult star, and still at the also owned by the Nederlander Organization Lunt-Fontanne Theatre, he sold out from one end to the other. In seats standard issue, that is only 8400: less than half MSG’s Arena -which he sold out back in 2015. Even so, the cache of seven nights on Broadway being the second hottest ticket in New York (hi, Bjork) is not to be underestimated -nothing makes you bigger than scarcity.

The evenings averaged 20 songs (except last night, where we only got nineteen), of which nine were performed every night:

Everyday Is Like Sunday
If You Don’t Like Me, Don’t Look
Munich Air Disaster 1958
I’m Throwing My Arms Around Paris
How Soon Is Now?
Back on the Chain Gang
The Bullfighter Dies
Morning Starship
Jack the Ripper

And an additional three were performed six nights:

Is It Really So Strange?
World Peace Is None of Your Business
First of the Gang to Die

Past that twelve, Morrissey mixed and matched 25 more songs, for 37  different songs performed in total.

Alma Matters
Hairdresser on Fire
Seasick, Yet Still Docked
What She Said
Spent the Day in Bed
I Wish You Lonely
Suedehead
Speedway
Girl Afraid
Trouble Loves Me
That Joke Isn’t Funny Anymore
Scandinavia
Hold On to Your Friends
Break Up the Family
Life Is a Pigsty
Dial-a-Cliché
You’re the One for Me, Fatty
Something Is Squeezing My Skull
The Last of the Famous International Playboys
Irish Blood, English Heart
The More You Ignore Me, the Closer I Get
I Won’t Share You
Sunny
Let Me Kiss You
Wedding Bell Blues

From Smith hits to Morrissey solo deep cuts and  three covers,  Morrissey gave everything he had on Broadway. It culminated  last night, the only one I caught, his booming baritone, a deep and sexy croon and come on while a picture of a young James Baldwin dancing appeared on the screen behind Moz for every song transition. If Baldwin is one sort of god, the god’s of Moz offered a gift of  “I Won’t Share You,” -the final cut on the Smiths’ final album performed live for the first time by either band or front man. Plus two songs performed for the first time during the stand, “The Last of the Famous International Playboys” to open the evening and “Irish Blood, English Heart” performed two songs later. More than the icing on the cake but a personal best for all time, performed only once before in the two weeks, “You’re the One for Me, Fatty”. Another revelation to me, he has switched “Meat Is Murder” with “The Bullfighter Dies” -a gory and angry rebuttal to Spain and tourists. Of the songs he performed all week, “How Soon Is Now” and “Everyday Is Like Sunday”  are classic, “Jack The Ripper” isn’t classic and “I’m Putting My Arms Around Paris” aren’t. I know you always want what you can’t have, and I want “I Will See You In Far Off Places” and the song isn’t simply missing from the shows, so is the rest of Ringleader Of The Tormentors -which I can’t find anywhere anymore but pn CD at Amazon.

“And now the end is near and so I burn the final curtain…” Moz quipped to start the evening. Well, not start, there was 35 minutes of video clips from the 1950s to the 1970 at the latest, except for the final one of the terrific singer songwriter LP to bring us to modern times. How young were Love Affair? How cool Serge Gainsbourg and Brigitte Bardot as Bonnie And Clyde? And that “Band Of Gold”!! What fun.

With a strong backing band, Morrissey was as dramatic a singer as you’ve ever seen, putting a flea in the ear of “he is only as good as whoever wrote his last song.” . Speaking of which, Moz went from Johnny Marr to Stephen Street for his first solo effort, to a tandem of Alain Whyte and Boz Boorer., who show up on song after song. Another guitarist, Jesse Tobias, was all over World Peace Is None of Your Business, while Low In High School features a mish mash with Gustavo Manzur and Mando Lopez,the newbies. All Morrissey’s songs sound like Morrissey, the music is what he wants to sound like, and what he wants to sound like is loud guitars with Scott Walker on top.

“And now the end is near and so I burn the final curtain…” he quipped one song into his alarmingly short 75 minute set. He usually averages out at 90 minutes so quite why the gipe I can’t say. Still as 75 minute sets go, it was better than 2015, with 7 songs off World Peace,  and better than  2017 where he opened with Presley and ended with, wait for it, “Shoplifters Of The World Unite”. The difference though is not just in setlist though last night it was brimming with wit and brio, the difference was  a fully submerged Morrissey, singing as well as he ever has, and performing with such concentration he made the mediocre sound great and the great sound greatest. Oddly, the pacing was a little off, the first five songs so great that the Jobraith cover was an interruption, and later he lost the audience, oddly despite its lull of a tempo “Seasick, Yet Still Docked” should have knocked them sideways, and Moz didn’t let it bother him, shrugging it off with “some you like, some you don’t”.

What he didn’t shrug off was his final words of the stand: “The British press say such terrible, disgusting things about me, with such consistency that I think they must actually have a crush on me. And as they say all the terrible things that they always say, you this week have made it all worthwhile.” Since Morrissey didn’t, I won’t get into the politics of it all. What I will say is that after decades, he has never sounded and looked better. The set was a thrilling, deep jump into his world: the insecurity of love and sexuality remains a light that will never go out as long as he is around.