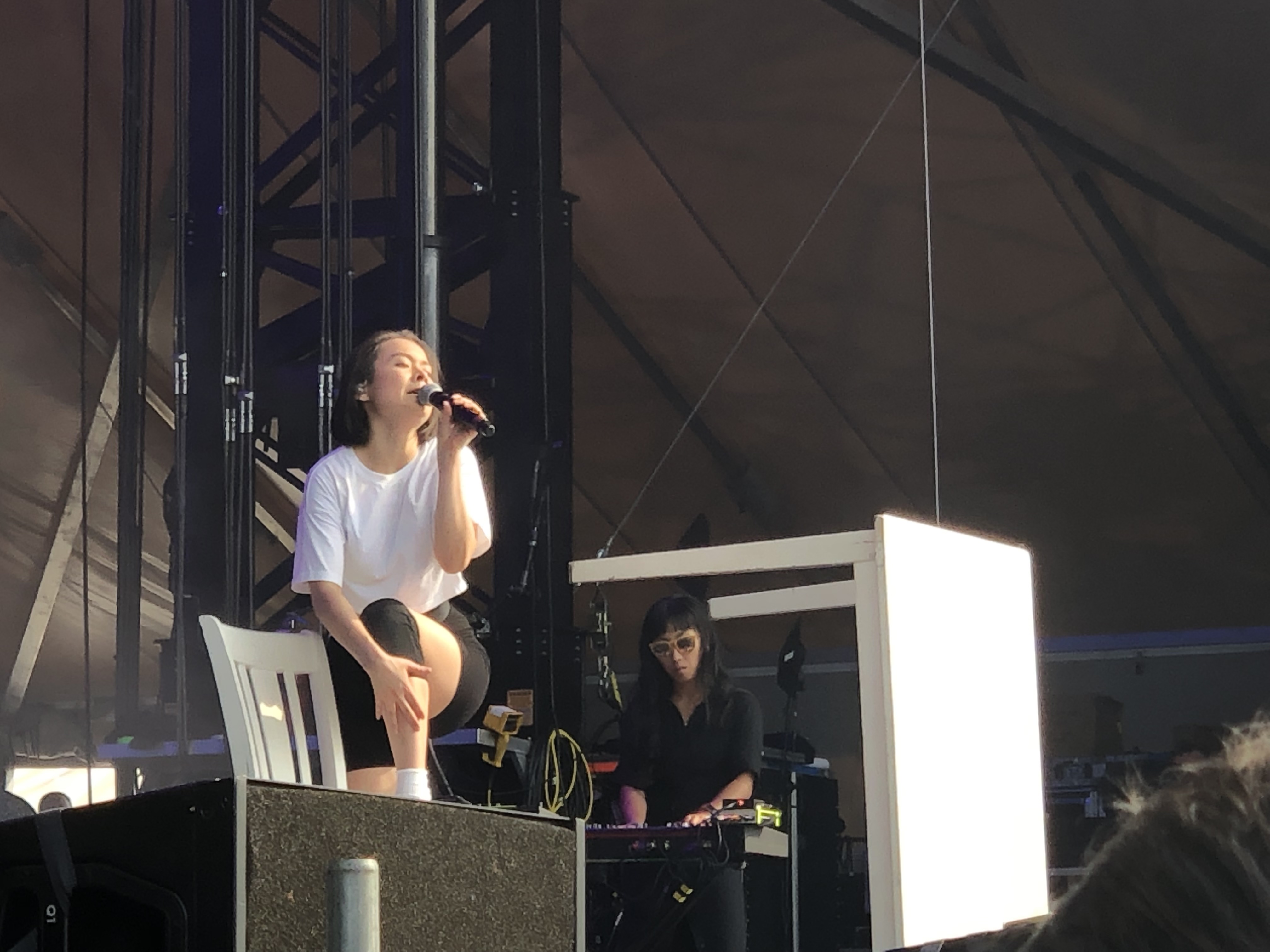 On Friday at Governors Ball I was bored with The Internet after 20 minutes, though Syd is certainly figured out her role as a band leader, and decided to check out Mitski. Mitski is the Japanese-American indie singer much beloved by critics, though myself and the audience at Governors Ball seemed less interesting. Just as I arrived Mitski was saying, “I’ve done all the hits now, so if you want to see someone else I won’t be upset”.  If what I saw was the deep  cuts, I must have misheard the albums..

With a chair and table as props, the woman danced and stretched, moved and smoothed herself in sultry dances like Marlene Dietrich meets Jennifer Beals, an odd mix to her sad songs of sexual dissatisfaction with a scent of Asia. Mitski’s songs are sad little stories of sexual strife, and her dancing and attitude to the audience is both distance and mesmerizing, the woman who has managed to keep her privately life a question mark remains a query on stage. The songs suggest a supplication but that might just be the slow and building pace,  not unlike Lana Del Rey.

The forty minutes I caught were beguiling and harsh, a black and white dream show of body and song, slow at times but never so much it standstills and a very pleasant surprise, especially when the band expands its sound on stuff like “Old Friend”