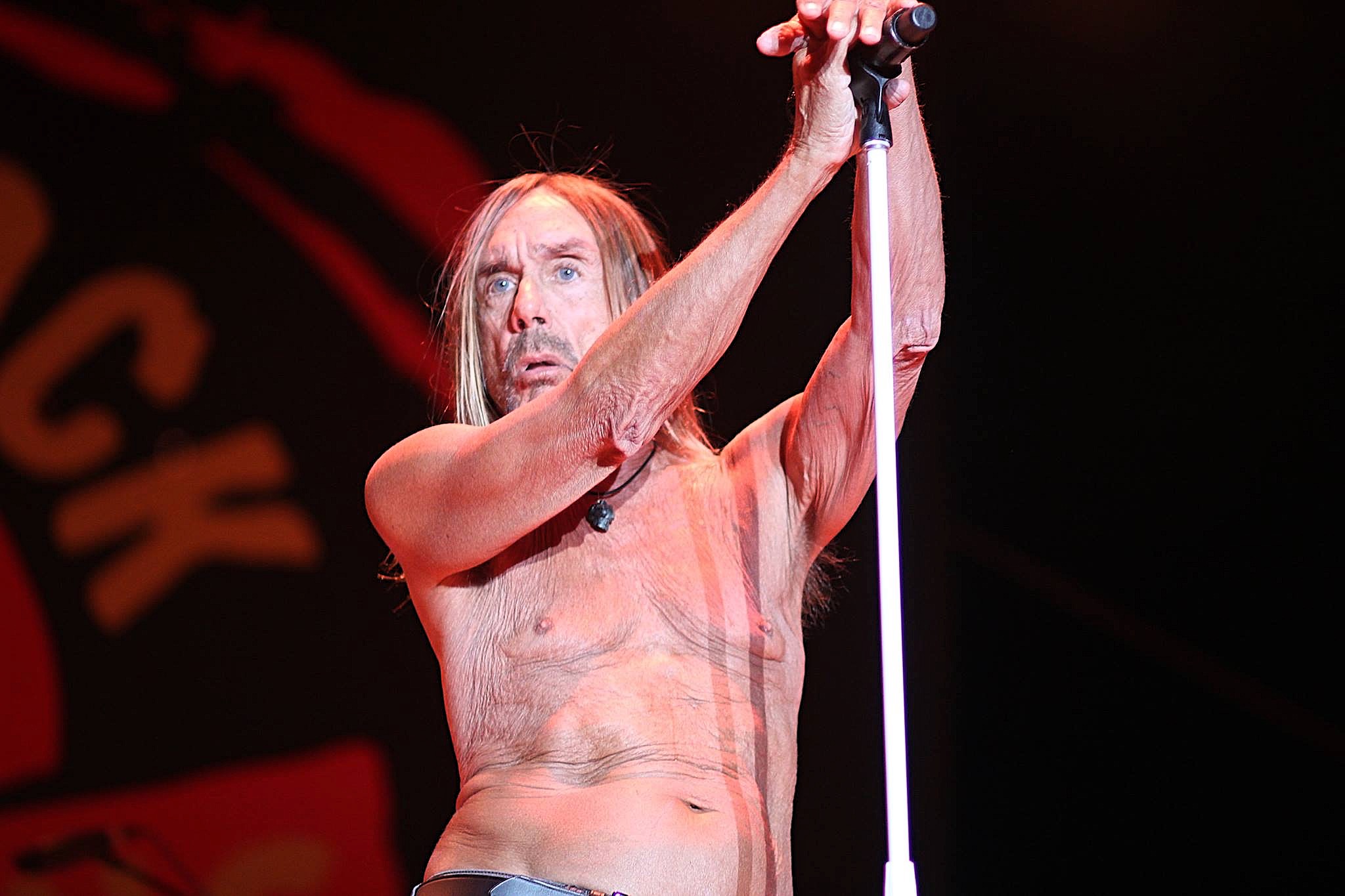 It’s Memorial Day, and I should have been in Las Vegas for the annual Punk Rock Bowling… I know, but what can you do? There’s no point to lament even though the event was canceled and not even postponed – they tried to postpone the event in October at one point but realized it was hopeless for 2020. So, no Punk Rock Bowling 2020, only some live streams, but plenty of memories of these past three years. Las Vegas still looks like a strange place for a gathering of spiky hair, heavy-tattooed punk goths – sunshine is not their scene – but the festival has been doing well and 2020 would have been its 22nd edition. Here are some of the best moments of Las Vegas’ awesome punk music festival.

2017 was Iggy Pop’s year, so it was obviously a good year who brought too many photographers in the photo pit! It was brutal and fast, after two songs we were out (at Iggy’s request according to the security guards) although nobody wanted to leave. They had restricted access to some parts of the pit because Iggy wanted to jump a few times in the pit, so it was a battlefield. During his set, people never stopped crowd surfing, a young man tried to climb the stage a few times, before being stopped and almost strangled by one guard. It was brutal and raw, as a punk show should be. Iggy played all the hits, the decadent and dangerous ones, ‘I Wanna be your Dog’, ‘Gimme Danger’, ‘The Passenger’, ‘Lust for Life’, ‘Search and Destroy’, ‘No Fun’, ‘Raw Power’… he was back with the Stooges classics, raw and wild as if he had never recorded his Post-Pop Depression… he played nothing from that new album! He called us a million times ‘motherfuckers,’ he was in the pit at the second song, right between the hands of many adoring fans who got really excited to see him so close. At 70, he still throned as the godfather of punk, he incarnated the punk icon, a reference for any punk show, and if my close-ups revealed a withered skin under his eternal beach tan, his blue eyes were as brilliant as ever, his stage antics were still all over the place and he installed chaos as soon as he started singing ‘I Wanna be Your Dog’,… Iggy Pop looked like the most loved death-defier who had ever existed.

2017 was also the year I discovered Plague Vendor with Brandon Blaine’s performance echoing the godfather of punk’s decadence. Since that time, I saw the band several times, and there’s no doubt he is channeling Iggy Pop, who has even played the band’s music on his BBC radio show.

2018 was the year of Suicidal Tendencies, and you couldn’t have gone more agitated than these guys! They were a complete riot from start to finish, playing and running like maniacs on stage, and constantly involving the crowd in their stage banters. Described as the fathers of crossover-trash, they were going through styles and songs at the speed of light, from hardcore skate punk to their own style of punky rap, while beloved frontman Mike Muir brought a huge crowd on stage with him for a large part of the show.

At the Drive-In also headlined the last day of the festival, and their set was pure madness and insane violence, as frontman Cedric Bixler immediately started a riot as I have rarely seen one, climbing everywhere and incarnating chaos with dangerous handlings of the mic stand and manic behavior. Crowd surfers were landing in the pit at an impressive speed and a smell of danger was floating over our heads.

But it was especially the year of the scandal of NOFX, as one of the jokes of frontman Fat Mike managed to cancel his band for some time. Between self-deprecating humor and a snack for pushing the boundaries of good taste, these stand-up comedians/musicians made the crowd laugh very hard between their one-minute hooky punk songs while covering all the punk rock bases. After a song about Muslims, Fat Mike joked that he ‘did not get shot,’ and added ‘I guess you only get shot in Vegas if you are in a country band’ alluding to the recent Las Vegas shooting. The crowd was laughing hard, but the rest of the world, as the scene got obviously filmed by many iPhones, didn’t take it so well. NOFX, who has never cared about being politically correct had apparently crossed the line. Didn’t the world realize it was a punk show?

2019 was not as controversial with the rewarding spectacle of Rancid and Tim Armstrong’s guitar jumping dances. The band’s scratchy sing-alongs, catchy choruses, and their heavy tattooed working-class aesthetic reached the right note. Highlights also included Refused’s brutal set while their elegant runway-model look was in total contrast with the rest of the bands’ working-class khaki shorts, mohawks or shaved heads. Suit-wearing frontman Dennis Lyxzén restlessly executed his legendary aerial leg kicks while screaming his anger, turning the set into an athletic exercise, while still staying hyper-aggressive. They gave us the obliged political moment, ‘if you give me a microphone, I will say shit that matters’ and talked about revolution, rebellion, killing fascists, the US war against women and Trump…‘From Sweden, it does not look good!’ It obviously doesn’t look any better today but I wonder what Dennis would have to say of the Sweden COVID-19 situation today?

Descendents headlined the night for some punk humor and lighter moments. The Californian band stayed true to its cheeky juvenile nature, singing about how everything ‘Sux’ including their dad, playing a series of songs with a down-to-earth commitment and eternal adolescence, without any flashy musical effects, just plain poppy hooks or punk aggressive moments.

There also was the young band Shame, with a bold and charismatic young frontman who seemed to bring new hope in punk rock music. UK’s ‘80s heroes, the Stranglers had a reptilian coolness and the precision of serial killers, and the Hives, a fun, black & white elegant act, delivered the high-energy show we all expected, while Per Almqvist played the super charismatic frontman who could not resist at exercising his stand-up-comedian superpowers over the crowd.

It’s a sad year, there is no Punk Rock Bowling 2020, but it’s a sad year for every performer and every festival organizer. The festival will be back at one point, we have to remain optimistic.